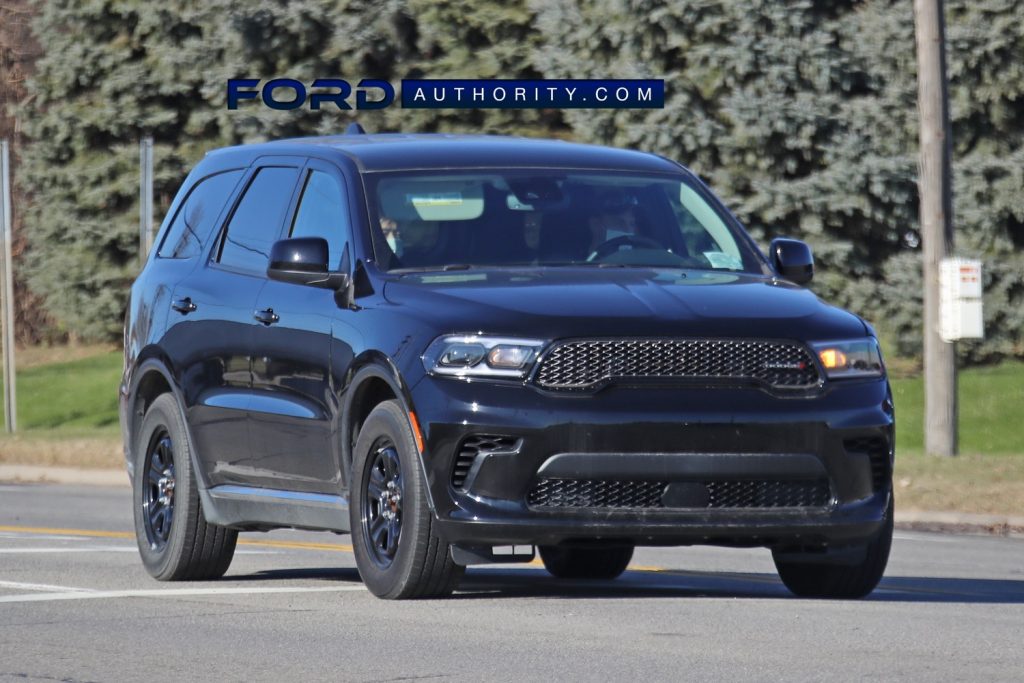 Ford’s police vehicles have topped that particular segment every year since 2014, a dominant showing that stems from a number of impressive models including the Ford Police Interceptor Utility and Ford F-150 Police Responder, Those police vehicles remain at the top of their respective classes, but FoMoCo is also looking to the future as it recently created a Ford Mustang Mach-E pilot police vehicle that passed Michigan State Police testing, though MSP also found some areas that need improvement. Thus, it should come as no surprise that Ford Authority spies recently caught Ford benchmarking a Dodge Durango Pursuit around various FoMoCo facilities throughout the metro Detroit area. 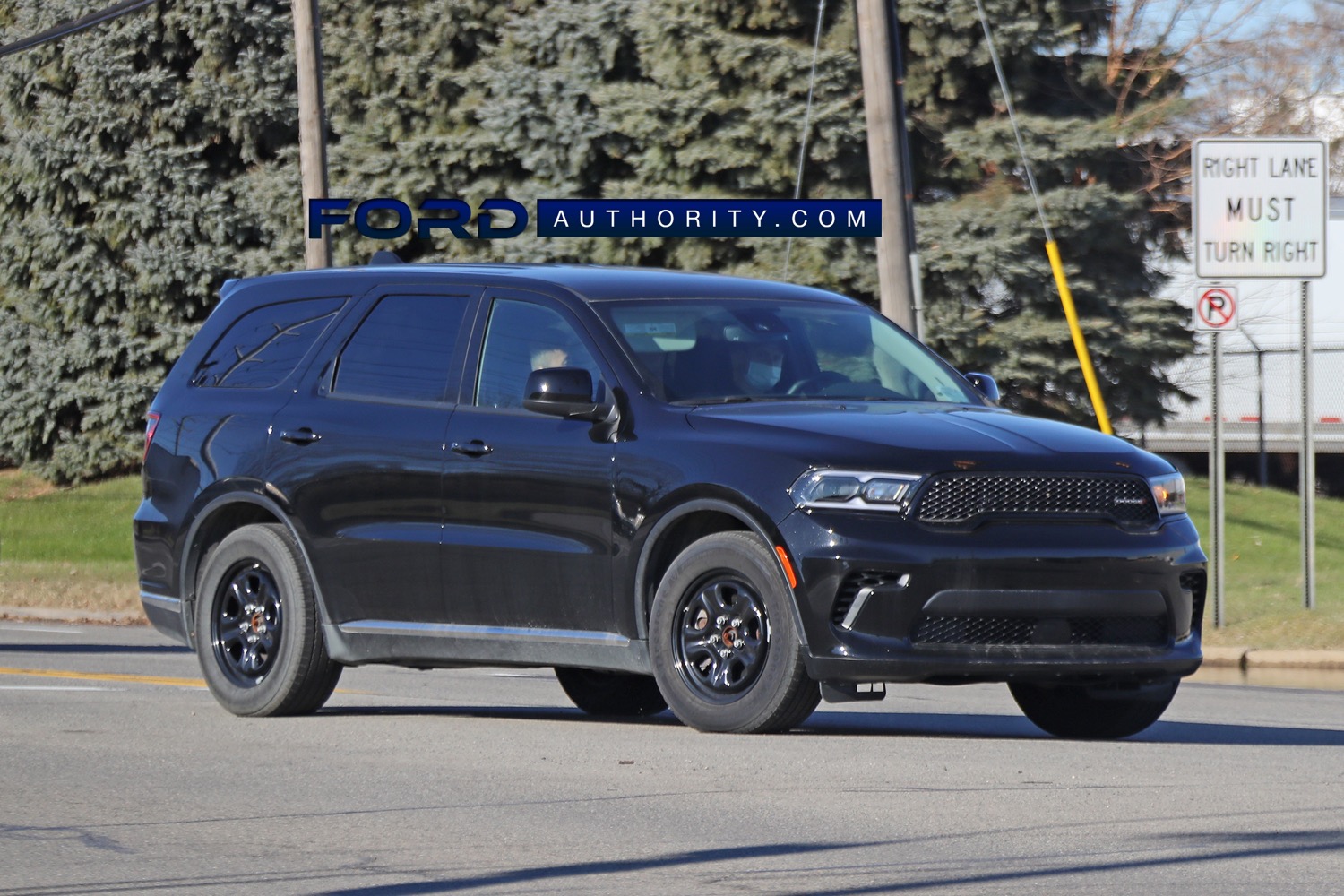 The Dodge Durango Pursuit comes equipped with a standard 3.6L Pentastar V6 that produces 293 horsepower and 260 pound-feet of torque or an optional 5.7L Hemi V8 that generates 360 horsepower and 390 pound-feet of torque, both of which send that power to all four wheels via an eight-speed Torqueflite automatic transmission with an instrument panel-mounted shifter. A set of heavy-duty BR9 brakes reside behind four black steel wheels as well. 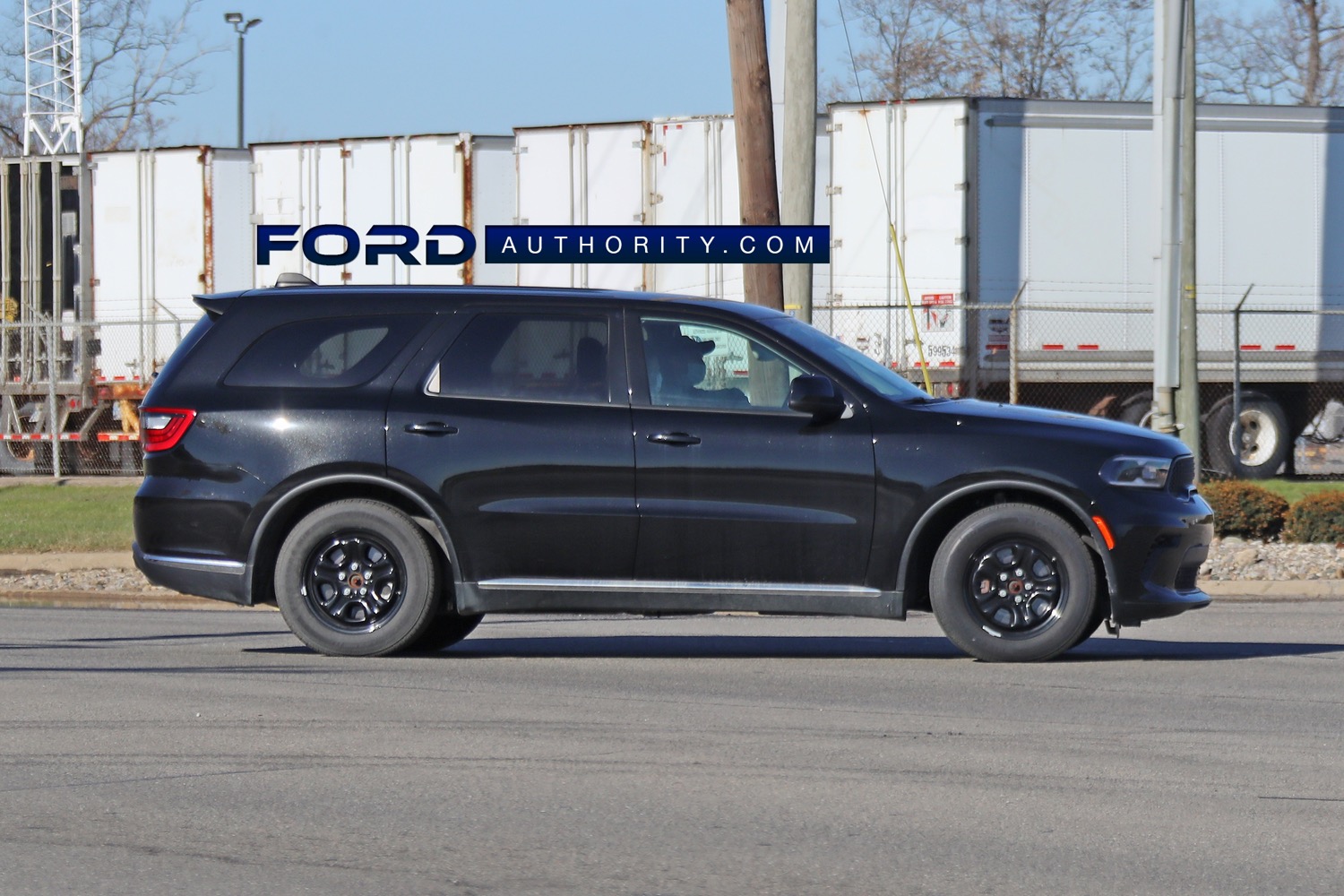 The Durango Pursuit also features what Dodge calls “Stealth Mode,” with police-specific seats and vinyl floor covering adorning the cabin. The SUV is also equipped with a vehicle system integration module, and features a starting MSRP of $36,000. 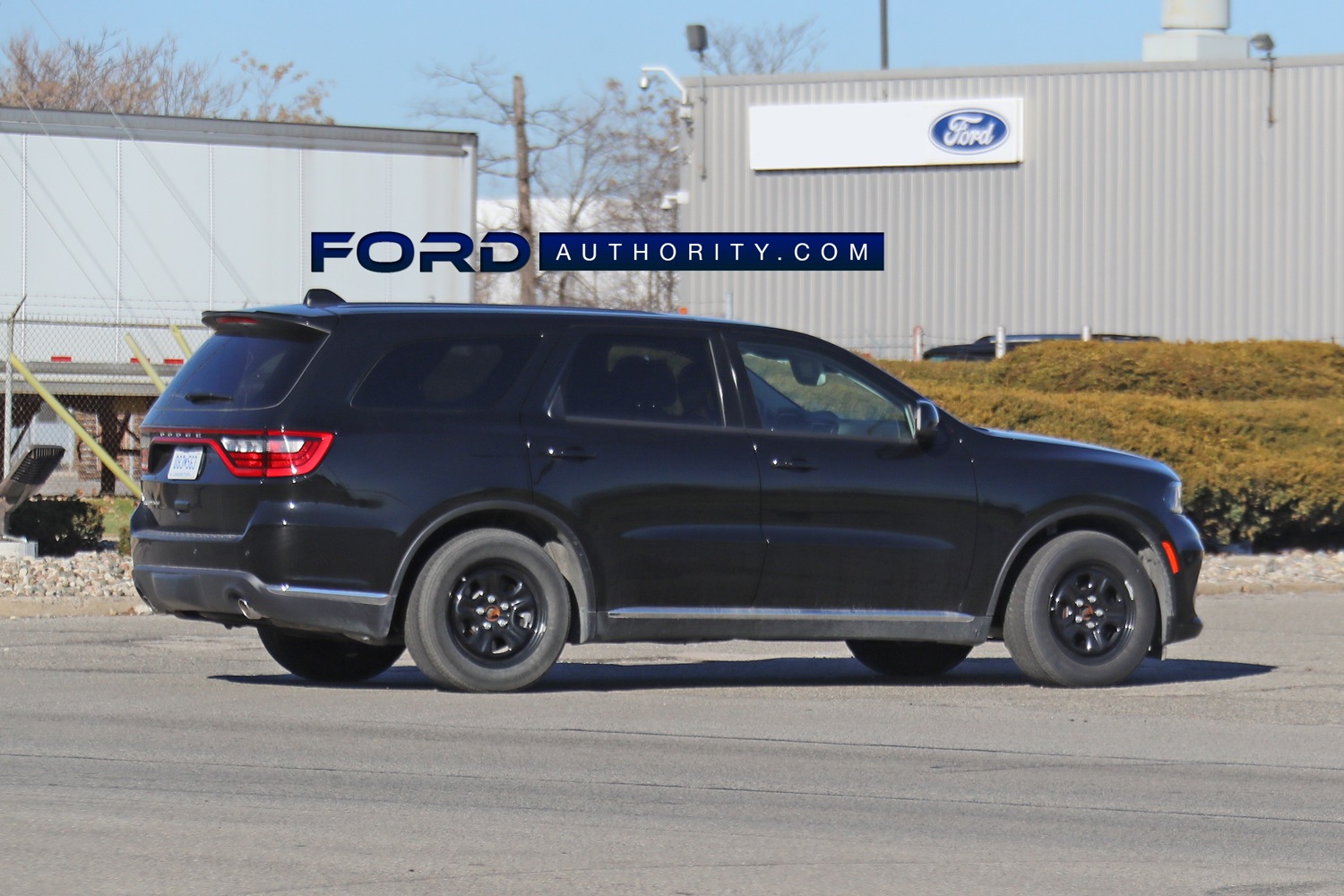 In terms of performance, MSP managed to get the V6-powered Durango Pursuit from 0-60 miles-per-hour in 8.16 seconds, while the V8-powered model did the same deed in 6.79 seconds. By comparison, the Ford Police Interceptor Utility Hybrid did 0-60 in 7.25 seconds, while the version powered by Ford’s 3.0L EcoBoost V6 made it from a standstill to 60 in just 5.45 seconds.

We’ll have much more on everything Ford and Lincoln’s competition is up to soon, so be sure and subscribe to Ford Authority for 24/7 Ford news coverage.