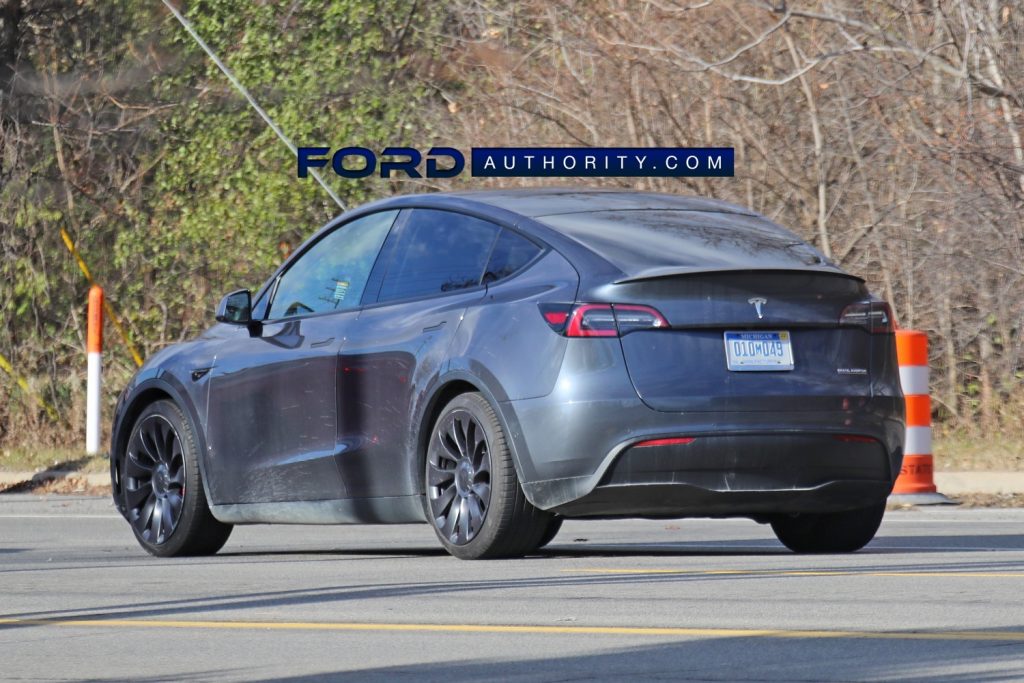 Since its launch last year, the Tesla Model Y has been a steady seller for the all-electric automaker. In fact, the Tesla Model Y Performance is currently sold out until February, while the Long Range has an estimated delivery date of next summer, according to Tesla’s official site. The EV crossover is also the main rival of the Ford Mustang Mach-E, and the two have been compared endlessly by critics and consumers alike over the last year-plus. Thus, it should come as no surprise that Ford Authority spies recently captured Ford benchmarking a Tesla Model Y Performance model. 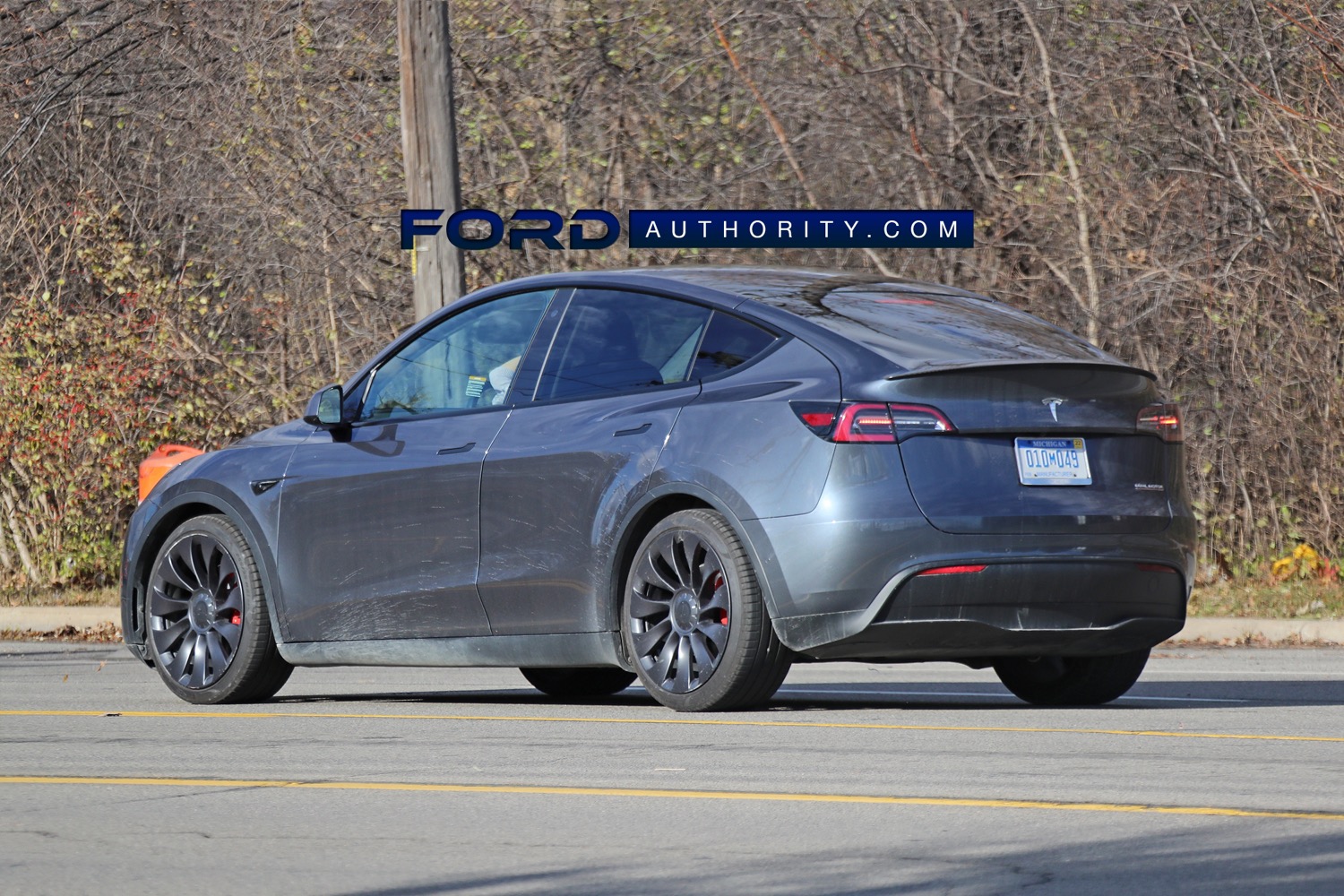 While the Long Range and Performance are virtually identical in terms of exterior appearance, this particular Midnight Silver Model Y is wearing the 21-inch Uberturbine wheels that are exclusively available on the Performance model, as well as red brake calipers and the tell-tale red line underneath its “Dual Motor” badge on the rear.

Tesla does not advertise power figures, but the Model Y Performance does 0-60 in 3.5 seconds and has a top speed of 155 miles per hour, along with an EPA estimated range of 303 miles, according to the automaker. The Performance model also comes equipped with performance brakes, the aforementioned wheels, a lowered suspension, and aluminum alloy wheels for an MSRP of $63,990. It’s worth noting that Tesla has raised the price of the Model Y numerous times in 2021, however.

Ford – which has previously admitted that Tesla is a “major threat” to its business, was previously spotted benchmarking a Model 3 sedan – which rental car giant Hertz recently added to its fleet – around its headquarters in Dearborn by Ford Authority spies. However, while that model sported the tell-tale yellow sticker on its windshield often seen on FoMoCo prototypes and competitor vehicles used for benchmarking purposes, this Model Y only has manufacturer plates, so it’s possible that it hasn’t been processed in the automaker’s system yet.