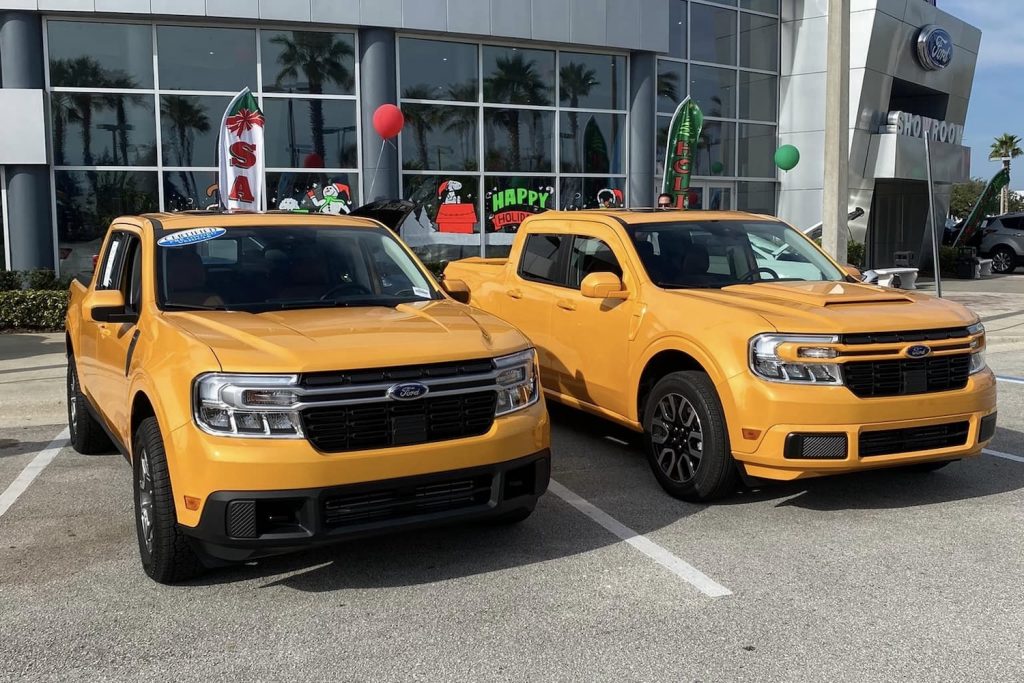 With more and more 2022 Ford Maverick models landing in owners’ hands, we’re beginning to see more and more customized examples of the brand new compact pickup. This is no surprise, of course, given the fact that the aftermarket for trucks in general is burgeoning, and the Maverick was designed by Ford to be a DIY friendly vehicle. But this monochromatic 2022 Ford Maverick posted by an admin at the Maverick Truck Club makes a case for a FoMoCo-built performance variant. 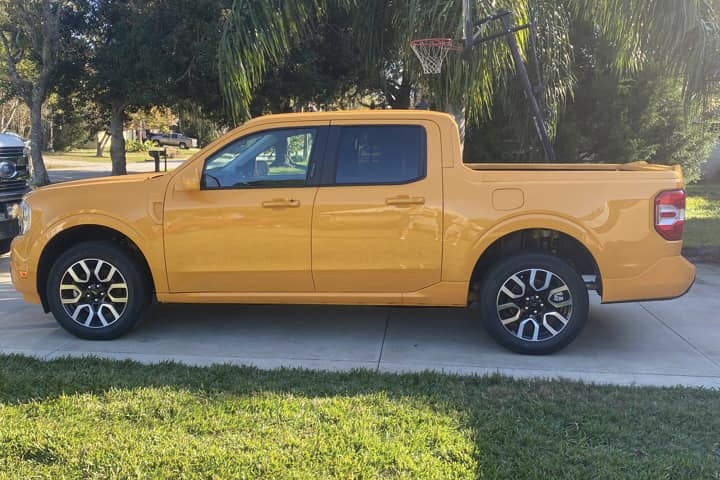 This Maverick has had a number of its exterior components painted body color to provide a more cohesive look, including the front grille bar, hood scoop, front bumper, fender trim, and rear bumper. The result of that work is a sporty looking pickup, one that would make a great basis for a high-performance variant, as we can see in some photos that show this truck parked next to a regular, non-modified Maverick that’s also painted yellow. 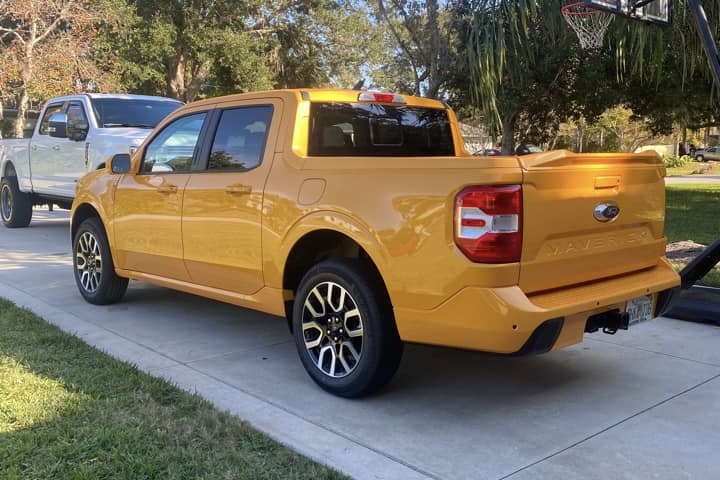 Ford Authority created some renderings of a theoretical Maverick ST back in June, which would also look great with this monochromatic treatment. A high-performance version of the Maverick makes sense on a number of levels, including the fact that it’s built on the Ford C2 platform, which is a front-wheel-drive, unibody base, meaning that it straddles the line between a car and a truck. 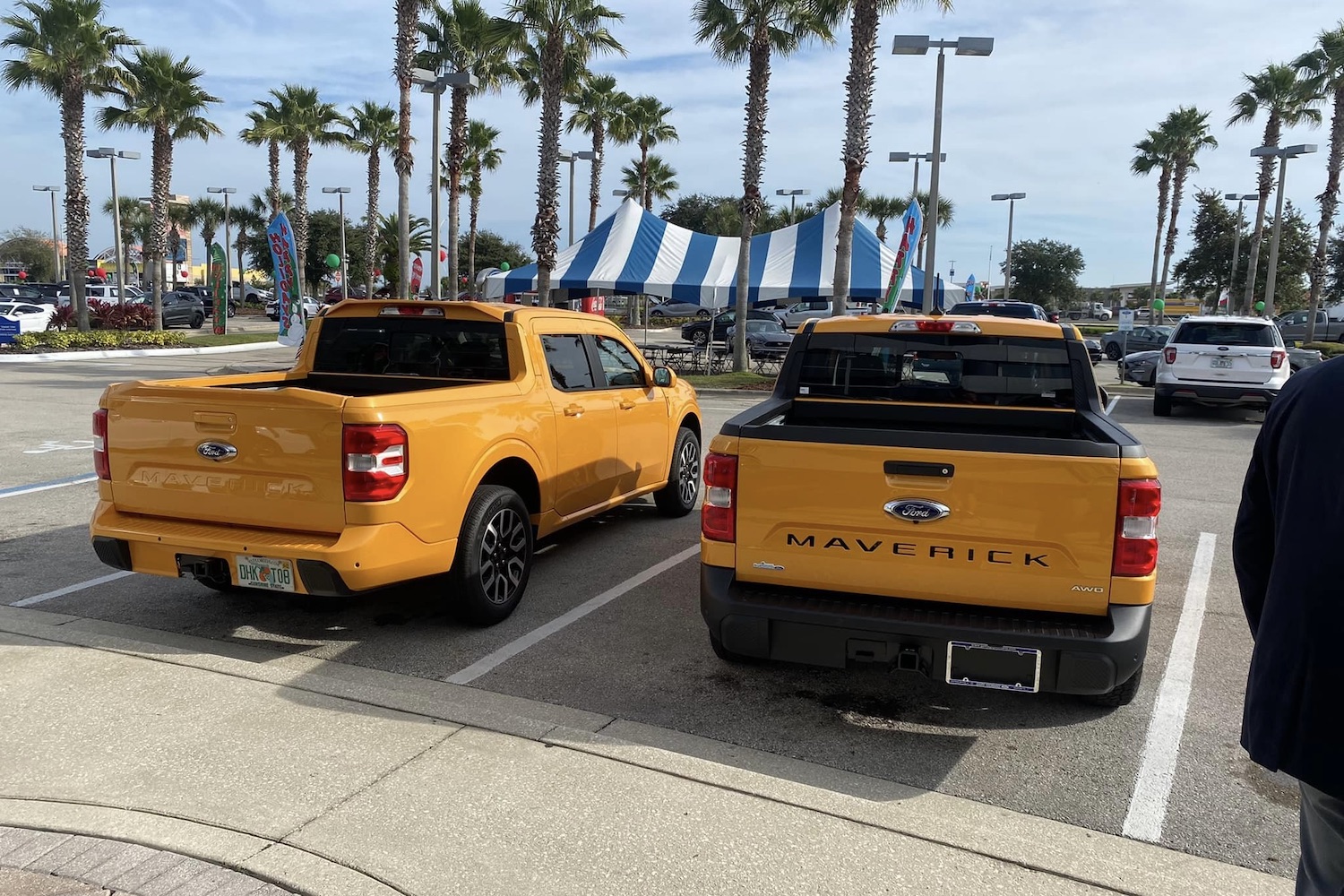 Ford has also shown a willingness to build high-performance variants of some of its crossovers, including the Ford Edge ST and Ford Explorer ST. Ford CEO Jim Farley recently expressed his desire to see the Maverick grow into a family of its own one day, so a rugged off-road focused model and an on-road performance focused version would help fill out this theoretical lineup. TV star, automotive designer, artist, and Boyd Coddington disciple Chip Foose seemingly agrees, as he recently sketched a Maverick Shelby as well.