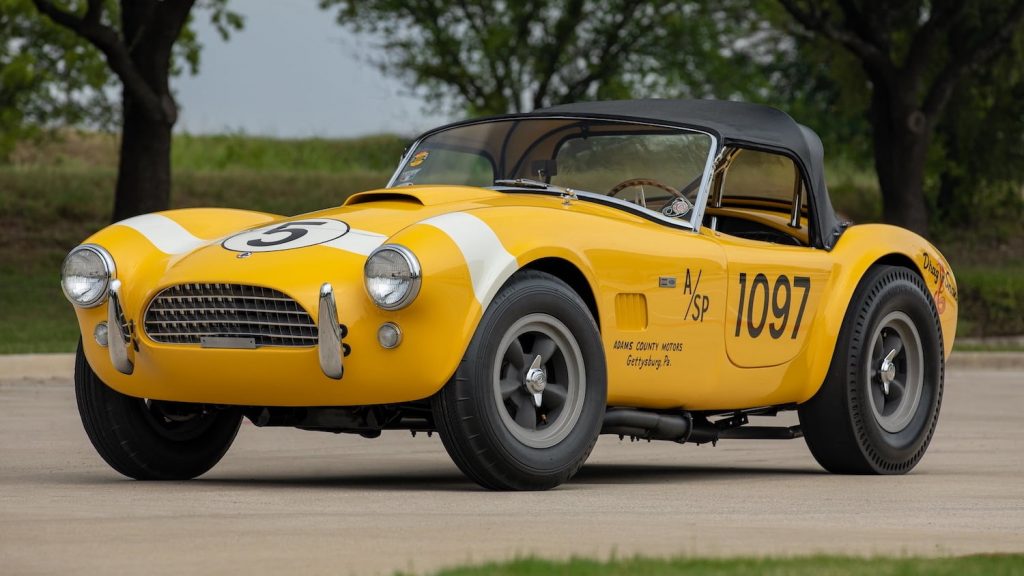 While we would argue that any Shelby Cobra is special, some are more special than others. In recent months, we’ve seen a number of historically significant Cobras head to auction and rake in big money, including the very last 1966 427 Super Snake in existence, the 2004 Cobra concept, and Rush drummer Neal Peart’s 1964 Cobra. But this 1965 Shelby Cobra Dragonsnake going up for grabs at Mecum’s Kissimmee, Florida auction next month is notable in its own right as just one of five ever produced. 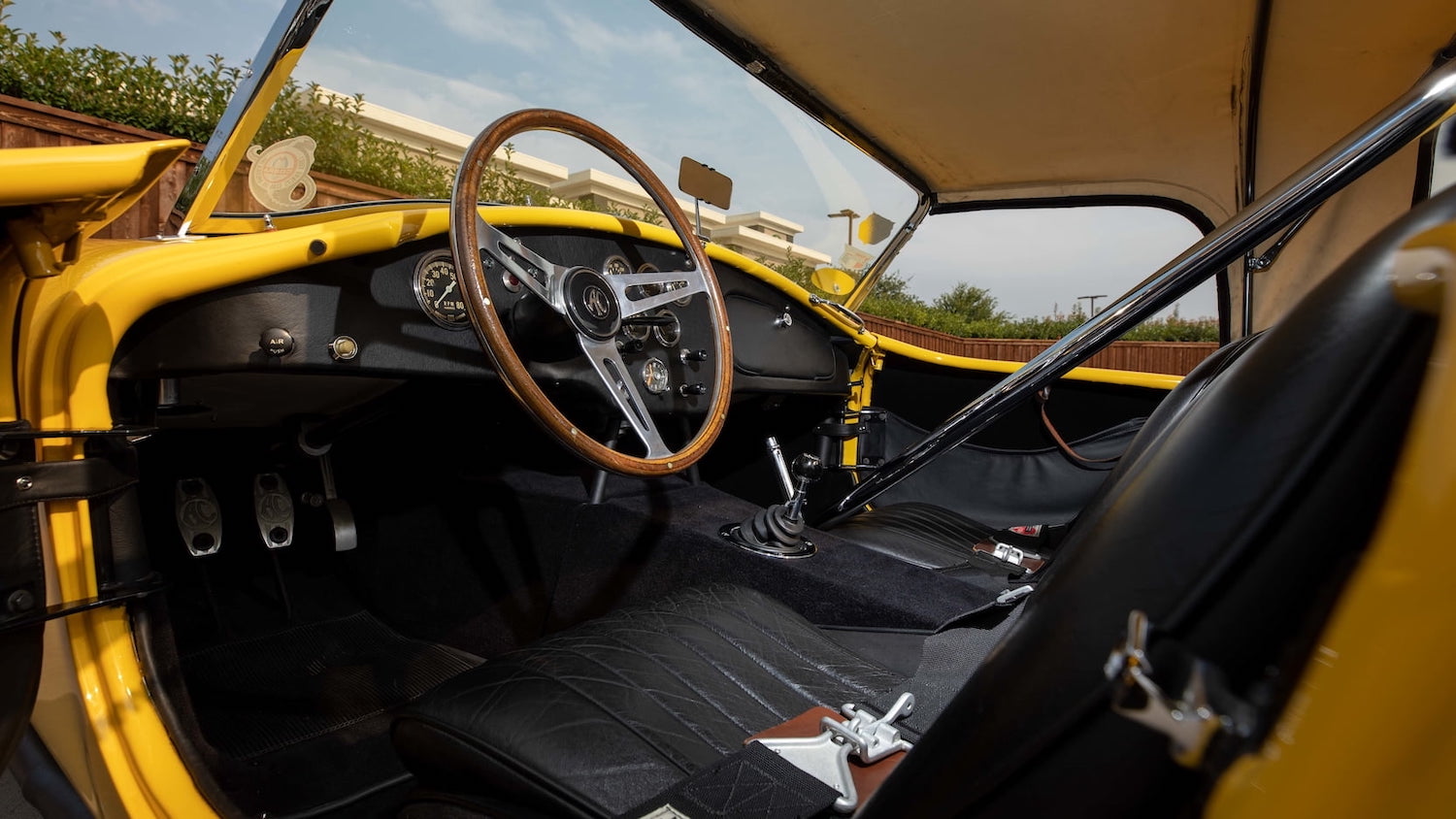 As if five isn’t a low enough number, this particular 1965 Shelby Cobra Dragonsnake is also the only Stage III factory-built customer car of the bunch, as well as the only Dragonsnake equipped at the factory with a Stage III quadruple-Weber carburetion system fitted to its Stage III Ford 289 cubic-inch V8. As such, this special Cobra has a lofty auction estimate of $1.75-$2 million, which we imagine it won’t have any trouble hammering for when this amazing car crosses the block. 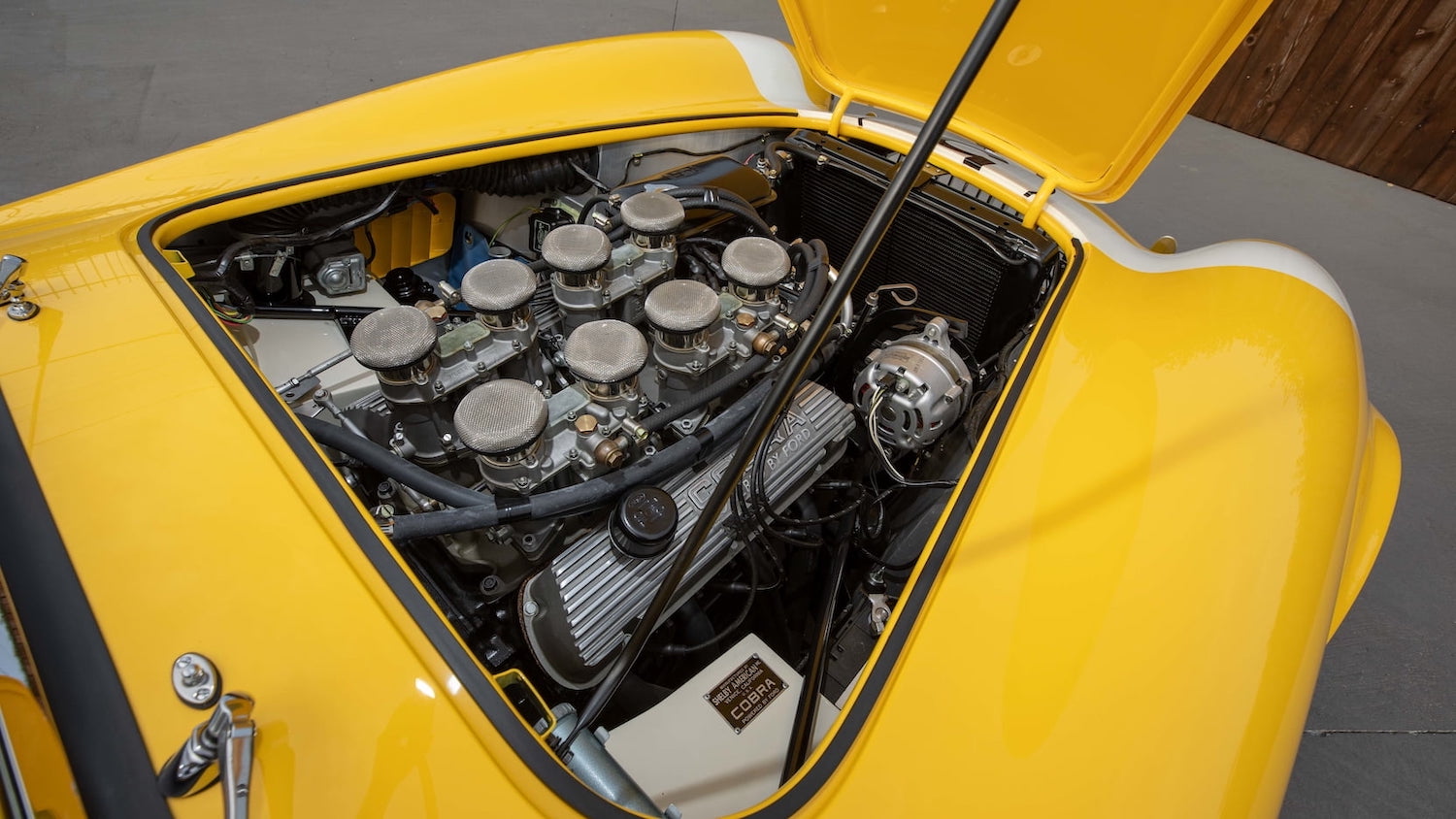 This Dragonsnake was ordered new by Don Reimer of Gettysburg, Pennsylvania wearing special-order yellow paint to match his Thunderbird tow vehicle. Reimer and his brother, Mike, competed in a number of A/Modified and AA/Modified Production races back in the car’s heyday, racking up lots of wins in the process. After just one season, however, the Cobra was sold, though it continued to race for a number of years before receiving a concours-level restoration in the late 2000s. 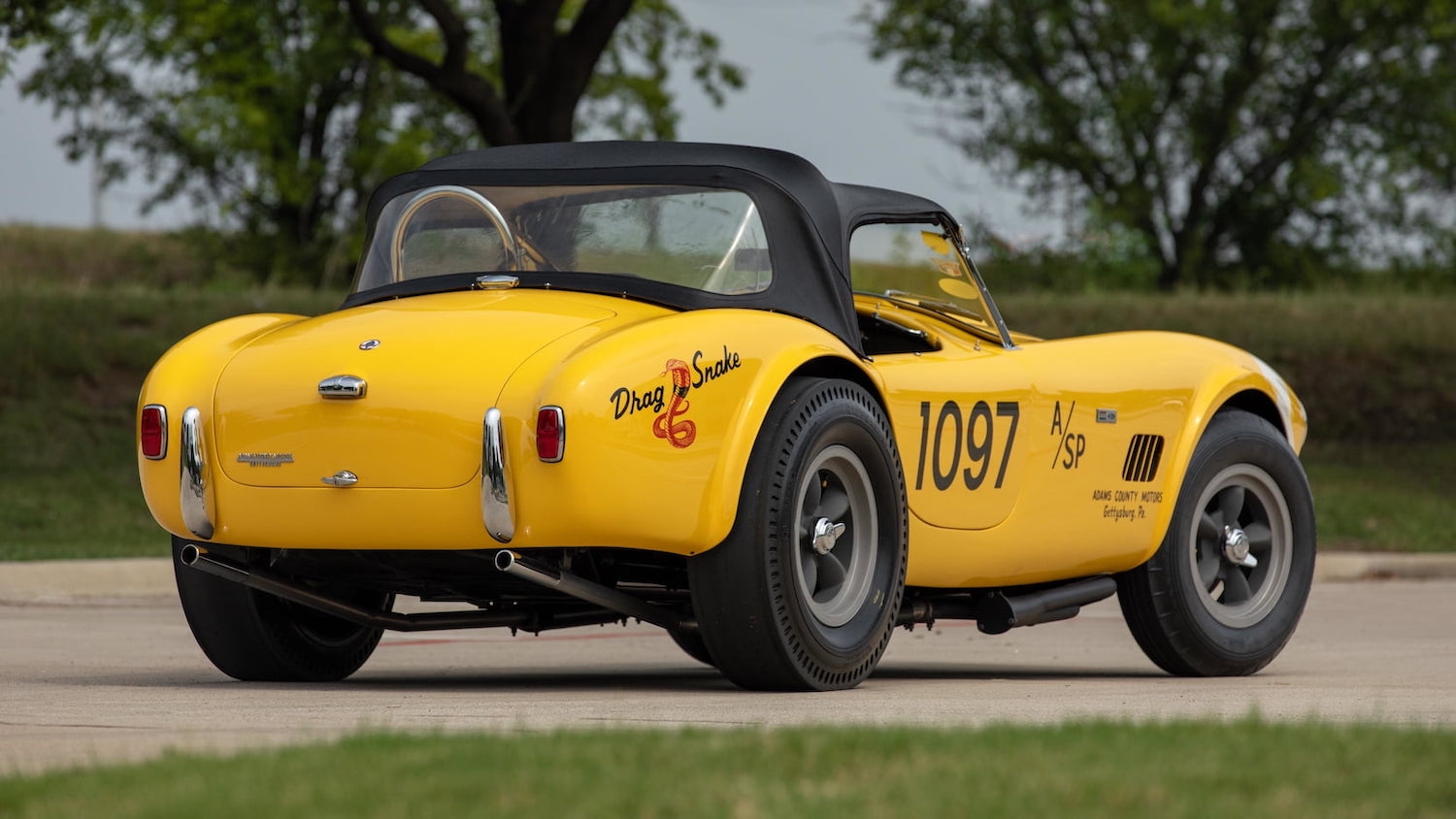 This ultra-rare and historically significant Cobra has since racked up a number of prestigious awards, including a Premiere Award at SAAC 34 in August 2009 in Wampum, Pennsylvania. There, the Dragonsnake received the highest points score in SAAC judging history. Additionally, the one-off Dragonsnake Cobra has appeared in multiple publications and was featured in the Ford tent at the 2012 Monterey Motorsports Reunion at Laguna Seca. Now, it’s looking for a new owner, though given the state of the market these days, it figures to command significant money at auction in a few weeks.

We’ll have more cool auction finds like this to share soon, so be sure and subscribe to Ford Authority for more Shelby Cobra news and continuous Ford news coverage.