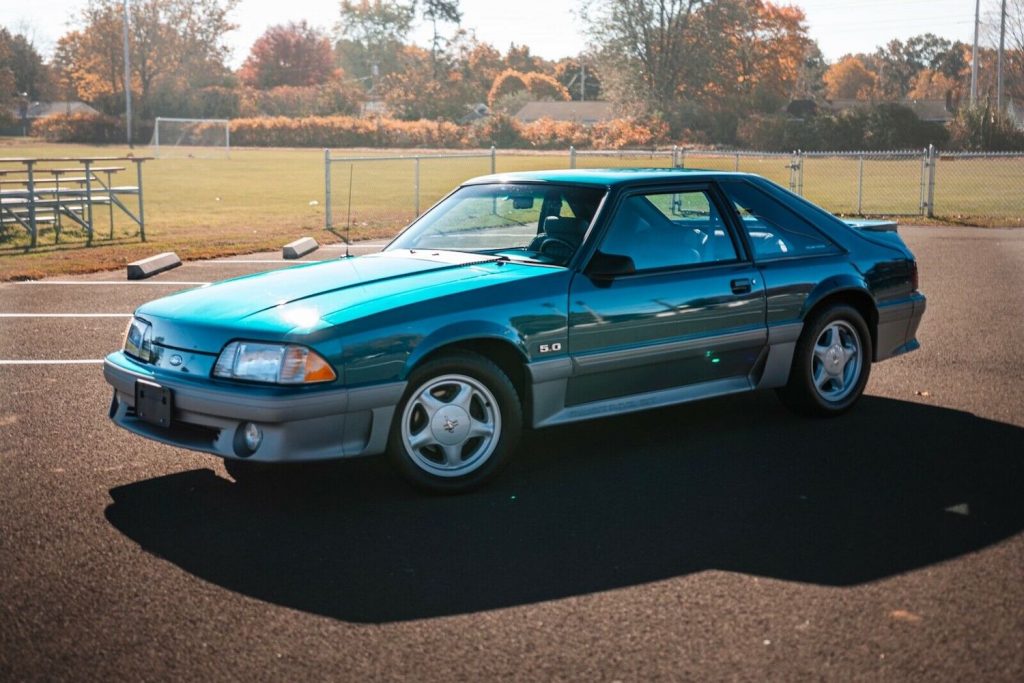 Over the last several years, the Fox Body Ford Mustang has become quite the popular collector’s item, with pristine, low-mile examples routinely going for big bucks. Oftentimes, this phenomenon mostly relates to rare models like the Cobra R, but the prices for regular old Fox Bodies like this 1993 Ford Mustang GT up for grabs at eBay are steadily on the rise as well. In this case, the seller is looking for just shy of $32k, which is a lot of money for a Fox, even though this one is very, very nice. 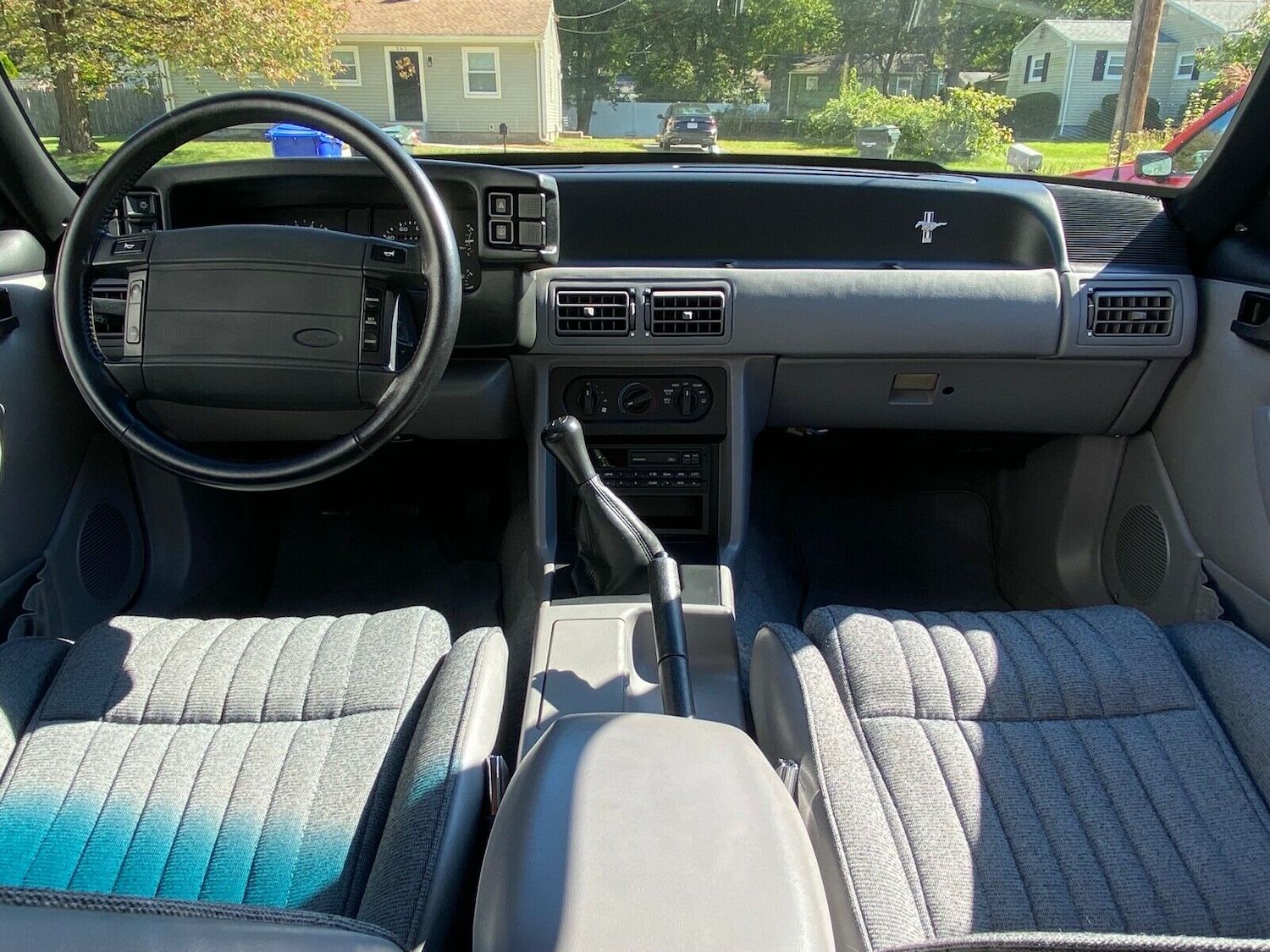 Sporting two-tone teal and gray paint, it’s hard to envision a more fitting representative for this generation of Ford’s pony car, that’s for certain. And with just 40k miles on the clock, this example is also in stellar condition, and perhaps more importantly, it’s bone stock. It’s truly rare to find an original, unmodified Fox Body GT these days, as these cars were/are so incredibly popular to modify. 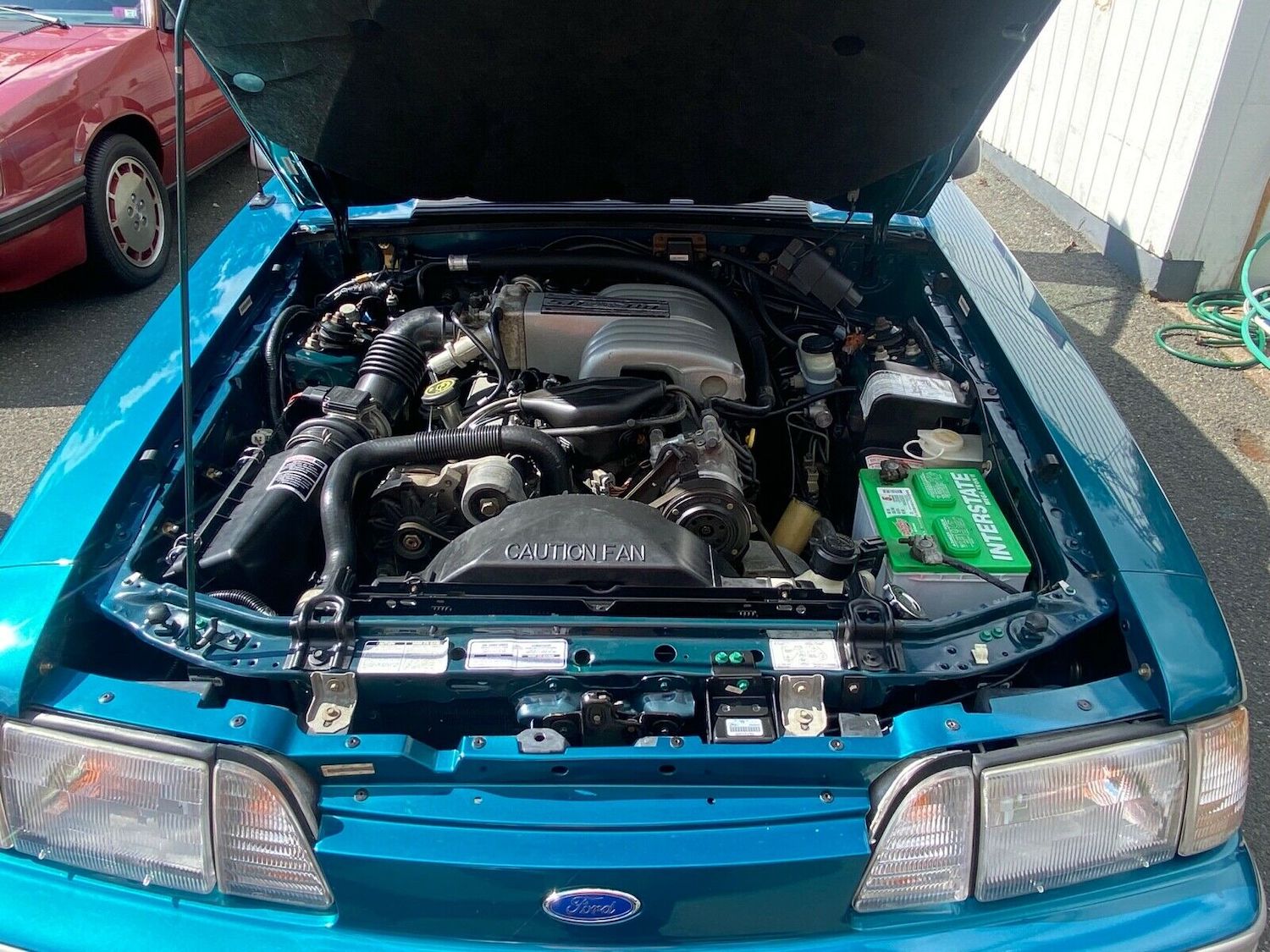 Other appealing factors at work here are the lack of a sunroof, along with a perfect set of Pony wheels. The interior is simply immaculate as well and is factory fresh like the exterior, with the original shifter still in place along with flawless gray cloth. Even the factory radio remains, which isn’t something we see very often. The same goes for the engine bay, where a perfectly stock 5.0L V8 resides with a five-speed manual gearbox behind it, though the seller did add a Flowmaster exhaust to the mix. 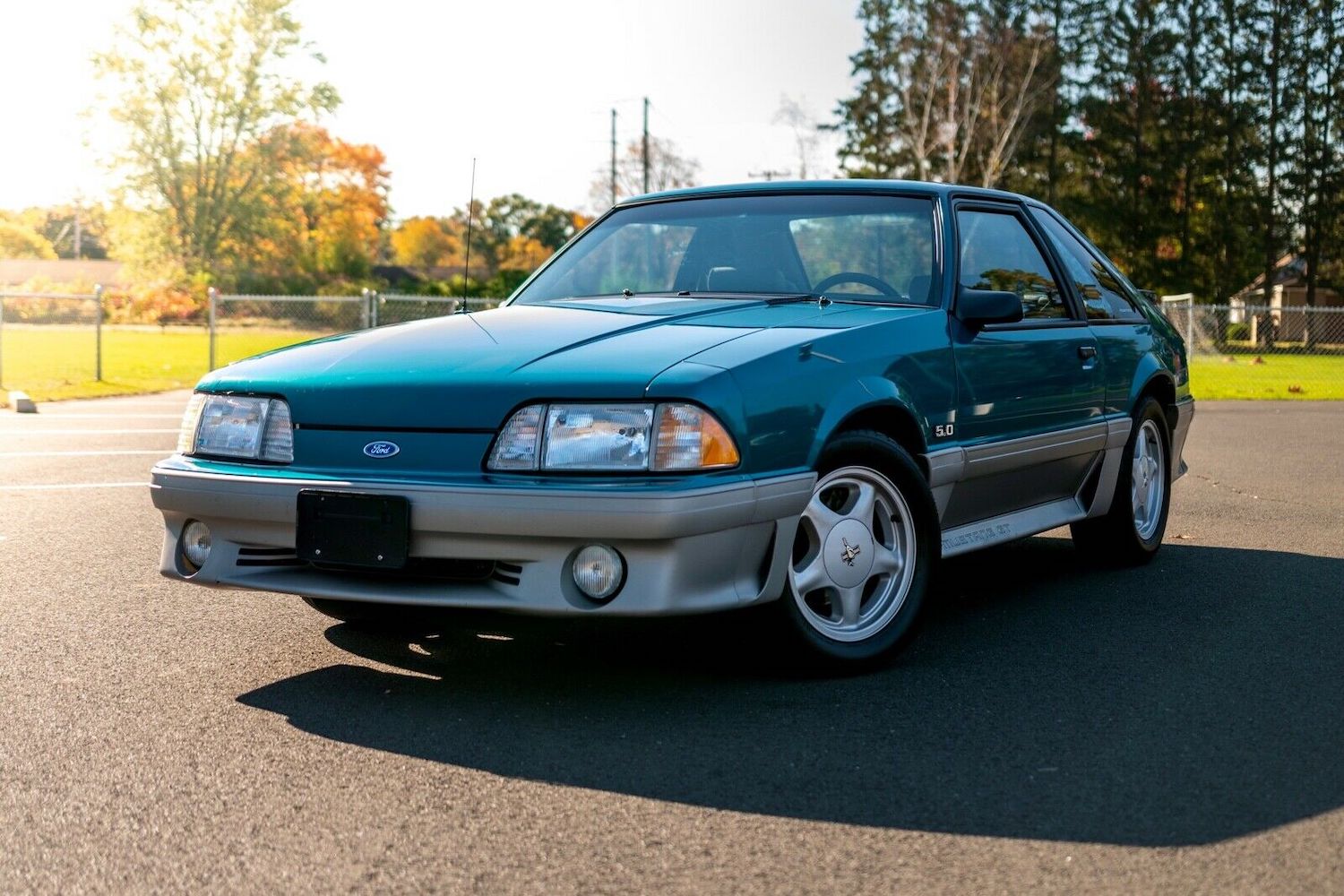 This gorgeous, virtually bone stock 1993 Ford Mustang GT certainly isn’t something we come across very often, and it appears that the car was scooped up relatively quickly, though it’s unclear what it ultimately sold for. Regardless, we can’t imagine the values of nice Fox Body Mustangs like this falling any time soon, and more likely, they have a ways to go before they peak.

We’ll have more cool finds like this to share soon, so be sure and subscribe to Ford Authority for more Ford Mustang news and non-stop Ford news coverage.