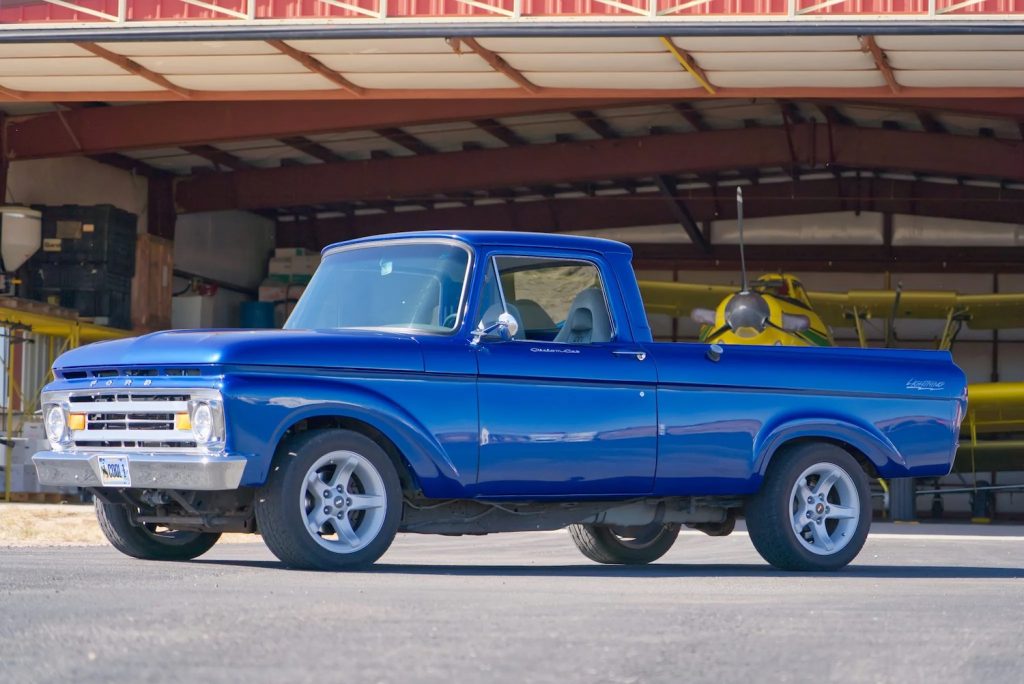 Long before the 2022 Ford F-150 Lightning was conceived, the Lightning name belonged to two generations of street performance-focused pickups. For some time, those seeking a truck that could hang with sports and muscle cars in a straight line could head on down to their local dealership and buy one, right off the showroom floor. But this 2000 Ford F-150 Lightning up for grabs at Bring a Trailer isn’t really a Lightning anymore. At least, not on the outside. 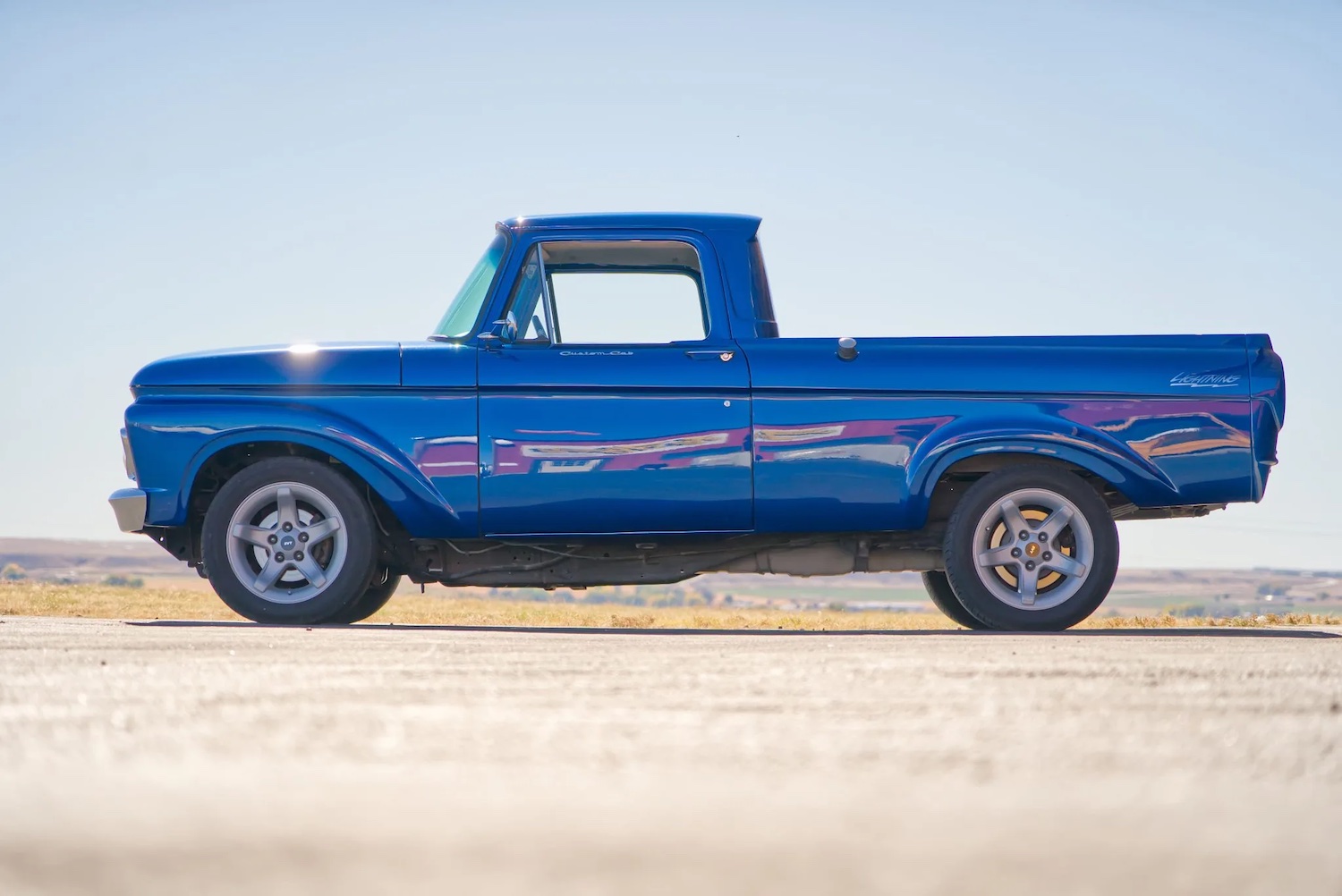 The brainchild of Sweet Brothers Restomods – which has made a name for itself by installing older Ford bodies on newer F-150 Raptors – this 2000 Ford F-150 Lightning follows suit with 1962 Ford F-100 body panels installed on top of modern mechanicals. As one might imagine, those parts didn’t exactly match up perfectly with the second-gen Lightning chassis underneath, so Sweet Brothers lengthened the cab and doors to mate everything together nicely, and it honestly looks pretty OEM. 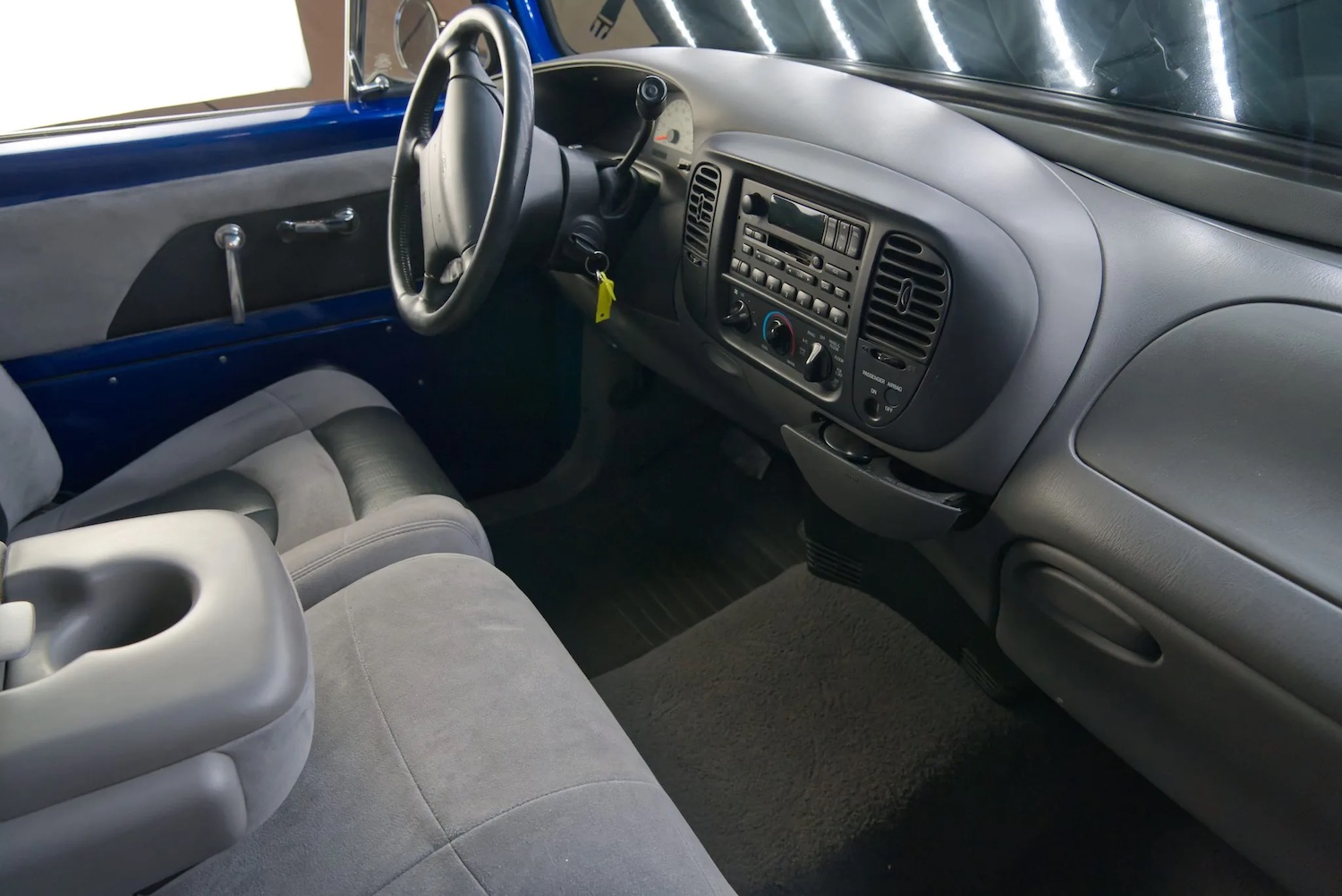 Covered in blue paint, there aren’t many clues on the outside as to what’s going on underneath, save for Lightning graphics and 18-inch wheels lifted from the performance pickup. The interior is a different story, as it’s straight out of a 2000 F-150 Lightning, from the Medium Graphite cloth seats to the dash and steering wheel, along with amenities such as cruise control and white instrumentation. 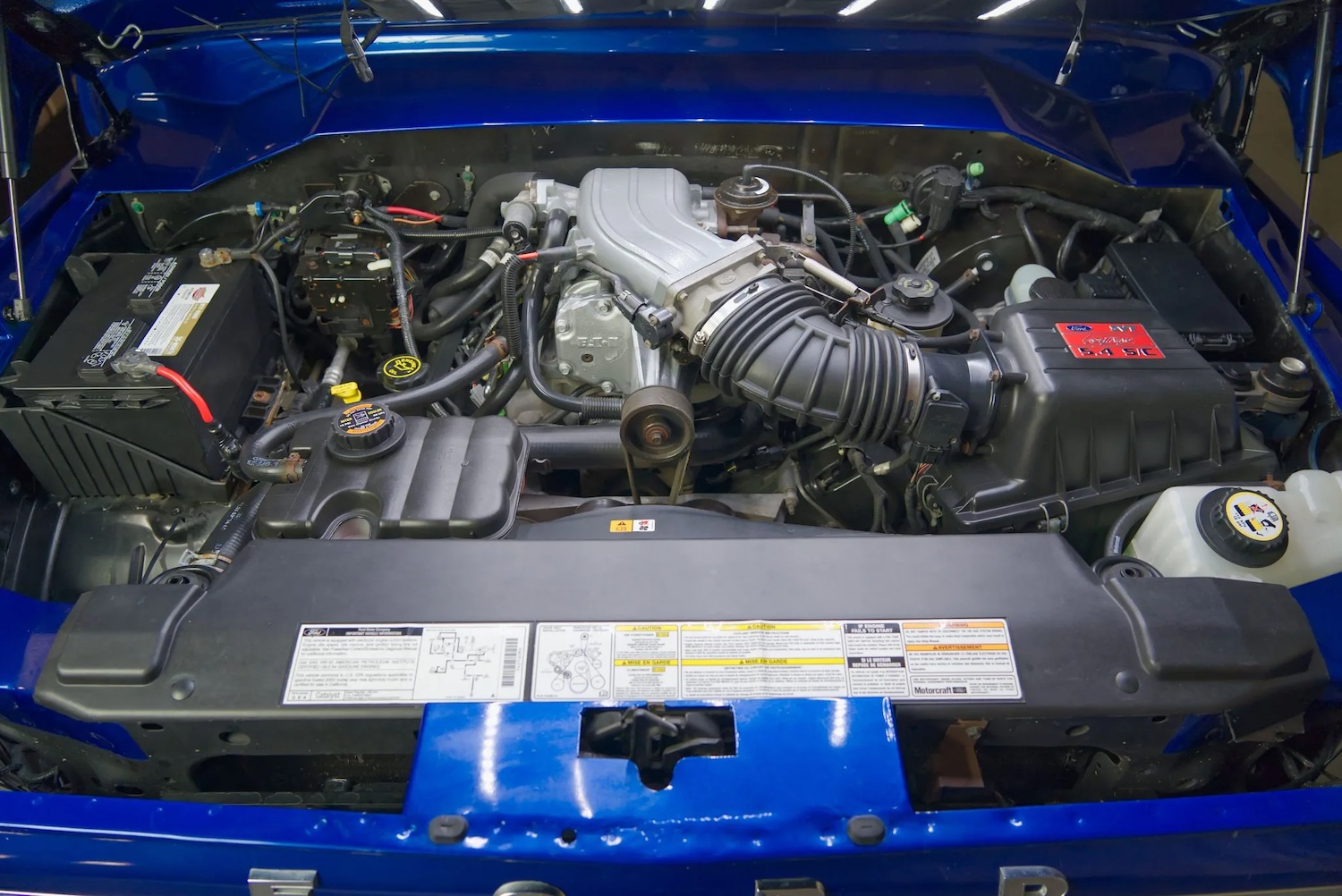 The same goes for the engine bay, which holds the Lightning’s Eaton supercharged 5.4L Triton V8, which was originally rated to produce 360 horsepower and 440 pound-feet of torque. That power flows to the rear wheels via a four-speed automatic transmission and a limited-slip rear differential. 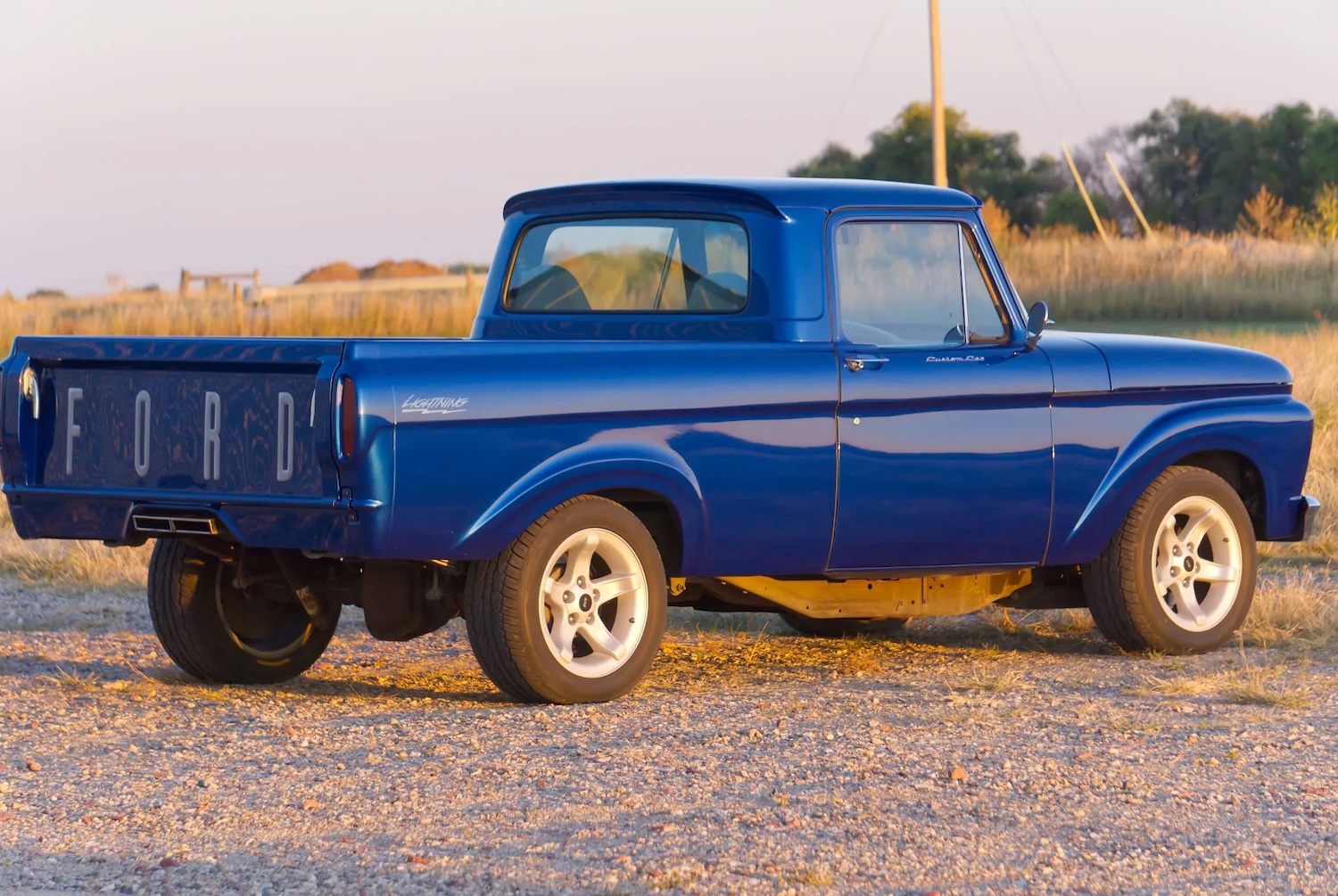 Like most rebodied vehicles from Sweet Brothers, this one is titled as a 1962 Ford F-100, and the donor truck was a salvage vehicle that was declared a total loss following an accident. Luckily, that truck is living its second life as a pretty cool restomod that’s truly one of a kind.

We’ll have more cool auction finds like this to share soon, so be sure and subscribe to Ford Authority for the latest Ford F-Series news, Ford F-150 news, F-150 Lightning news, and ongoing Ford news coverage.