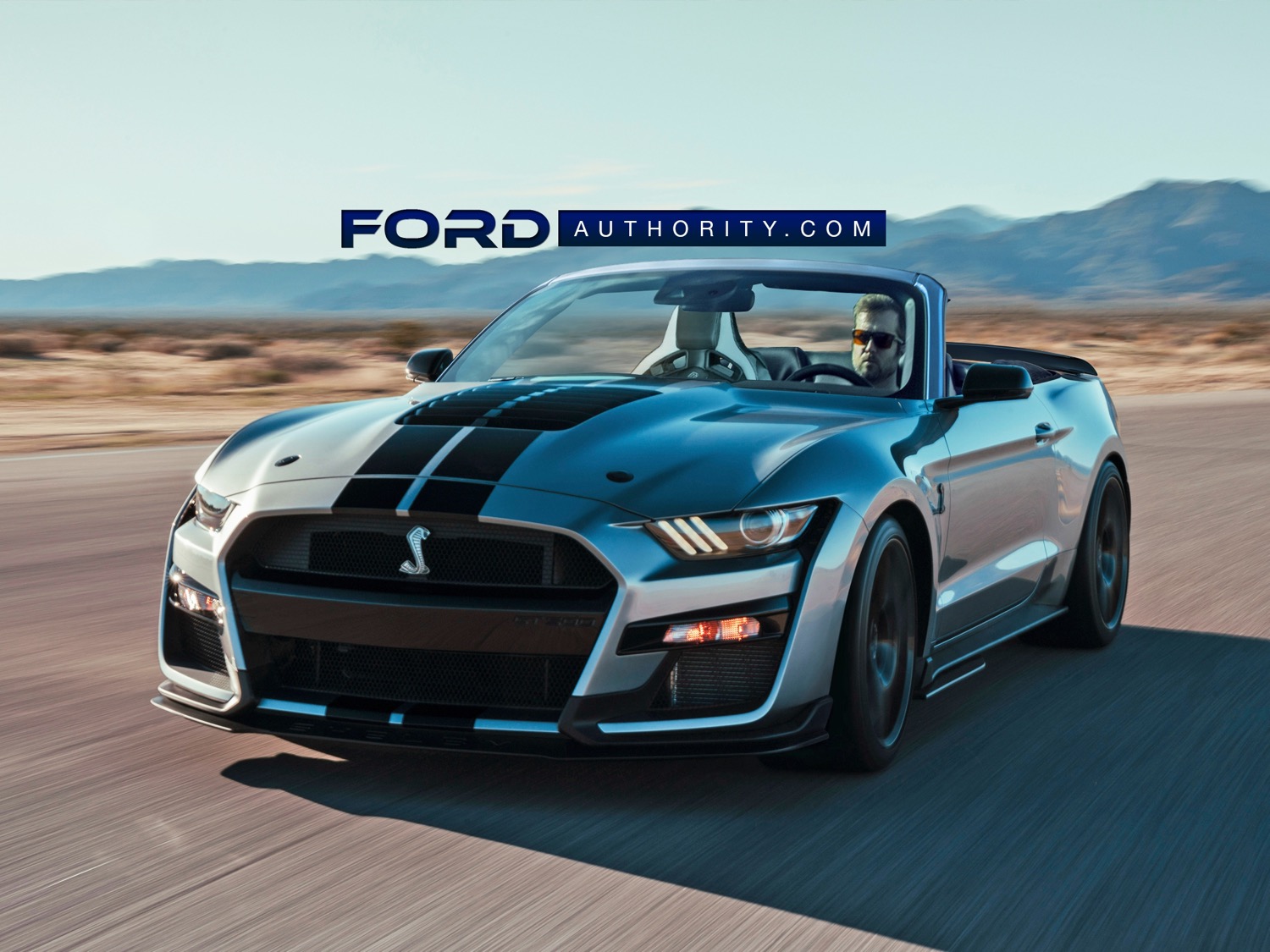 Recently, we’ve rendered a handful of non-existent vehicles as fun “what if” sort of exercises, including a Lincoln Corsair limo last week and even a more off-road focused Lincoln Aviator. Now we’re back with another one – an S550 Ford Mustang Shelby GT500 convertible, a car that is highly unlikely to ever see the light of day at this point, but these renders show us what one would look like if Ford did decide to offer a drop top variant of the latest “ultimate” Mustang.

The GT500 was previously available as an open-air muscle car with the last-generation S197, though since the model came back for the 2020 model year, an S550-gen Ford Mustang Shelby GT500 convertible has not yet been produced. Now, it seems highly unlikely to happen, given the fact that a refreshed pony car is expected for the 2023 model year. Regardless, as one might expect, the GT500 does make a handsome drop top, as we can see in these renders. 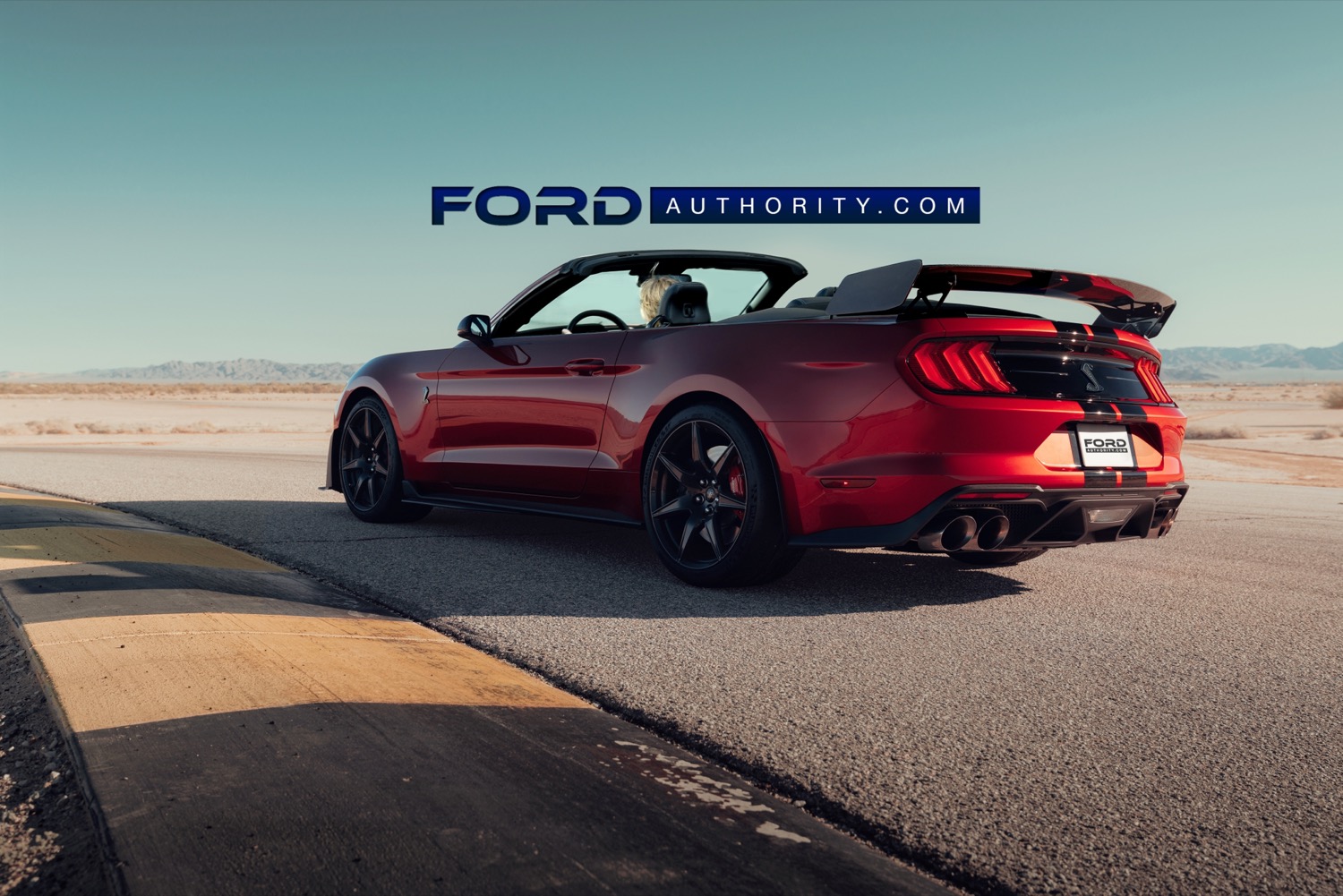 While we may not be getting an S550 Shelby GT500 convertible, that vehicle does have a few changes in store for the 2022 model year, as Ford Authority has recently reported. The biggest of which is the introduction of the GT500 Heritage Edition, which pays homage to the original 1967 GT500 with its Brittany Blue paint and two different exterior stripe options. Ford Authority readers have the chance to win a 2022 Shelby GT500 Heritage Edition, plus $25,000 in cash.

Additionally, the 2022 Ford Mustang Shelby GT500 is gaining a new Code Orange color, as Ford Authority reported last month, though it will no longer be available with the Carbon Fiber Handling Package.

We’ll have much more on the Mustang and Shelby GT500 soon, so be sure and subscribe to Ford Authority for more Ford Mustang news and non-stop Ford news coverage.