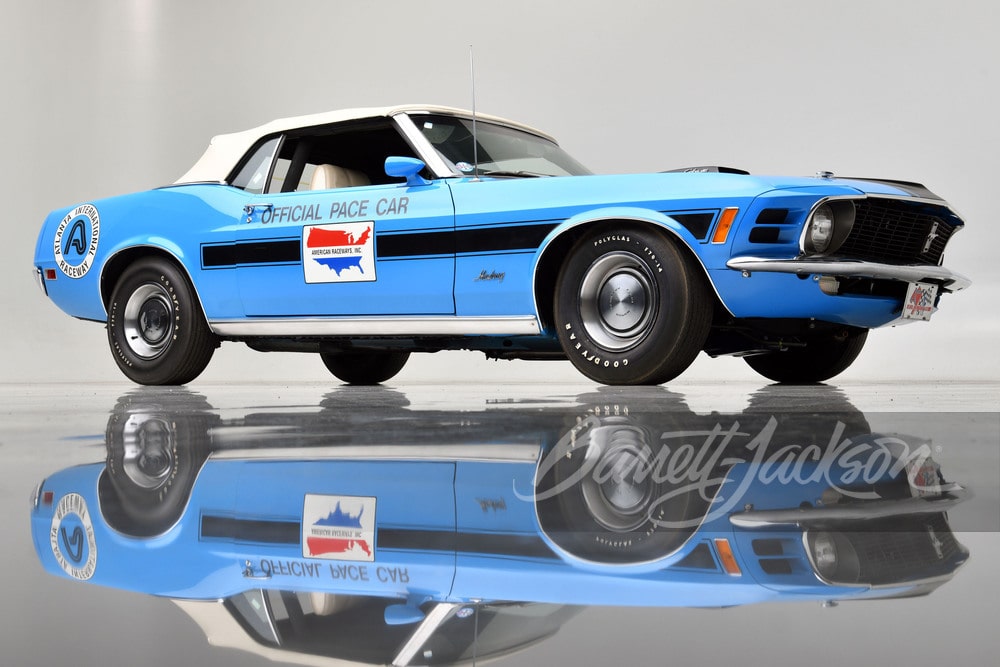 Barrett-Jackson’s flagship Scottsdale auction never fails to feature a docket full of amazing rides, and this year is no exception. Among the many cool vintage and modern rides that will go up for grabs this week, however, our personal favorite might be this pair of 1970 Ford Mustang 428 Cobra Jet convertible “ARI” pace cars. Just five of these special machines were built in total, and now, two of them – Grabber Green and Grabber Blue examples – will be available at the 50th-anniversary auction event. 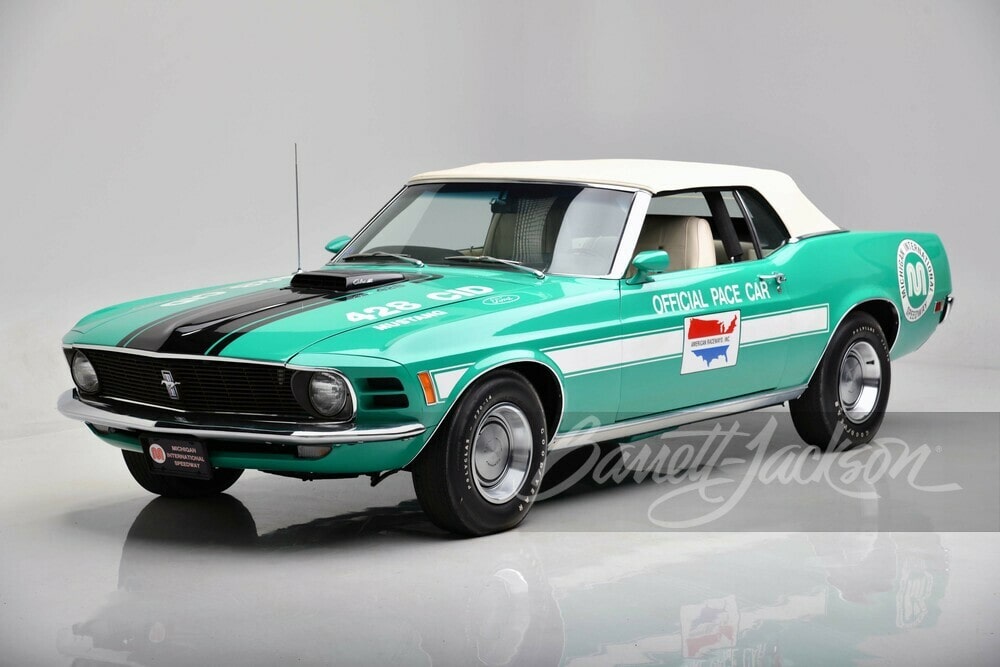 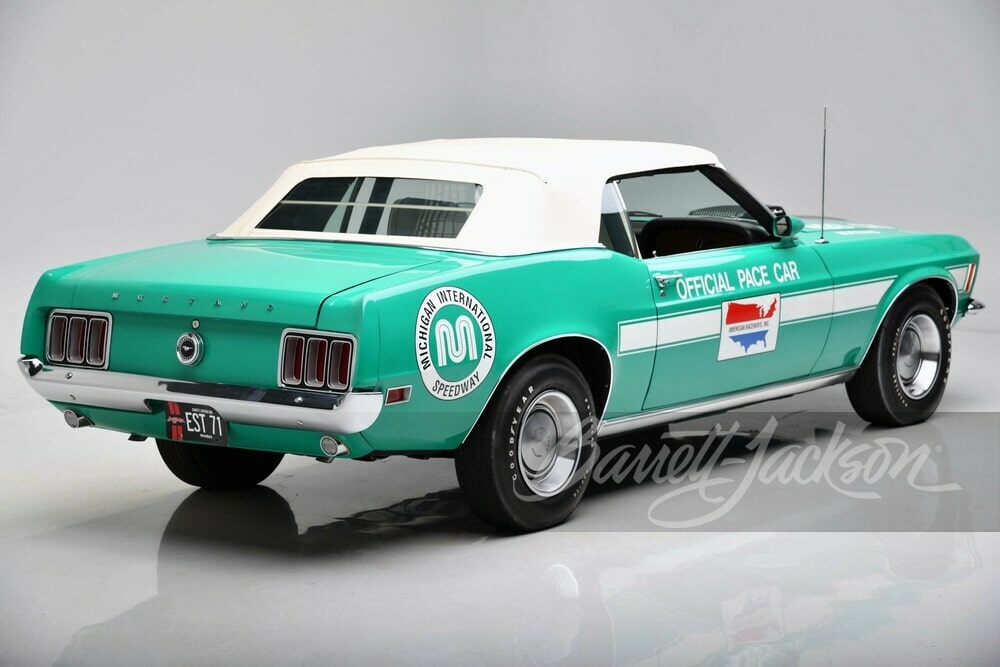 The Grabber Green ARI pace car was created for use at Michigan International Speedway and later sold for a whopping $1 dollar consideration. The Mustang then essentially disappeared for many years until it was discovered by a collector sitting under a tarp back in 1990. The pace car was treated to a comprehensive restoration and looks no worse for wear today. 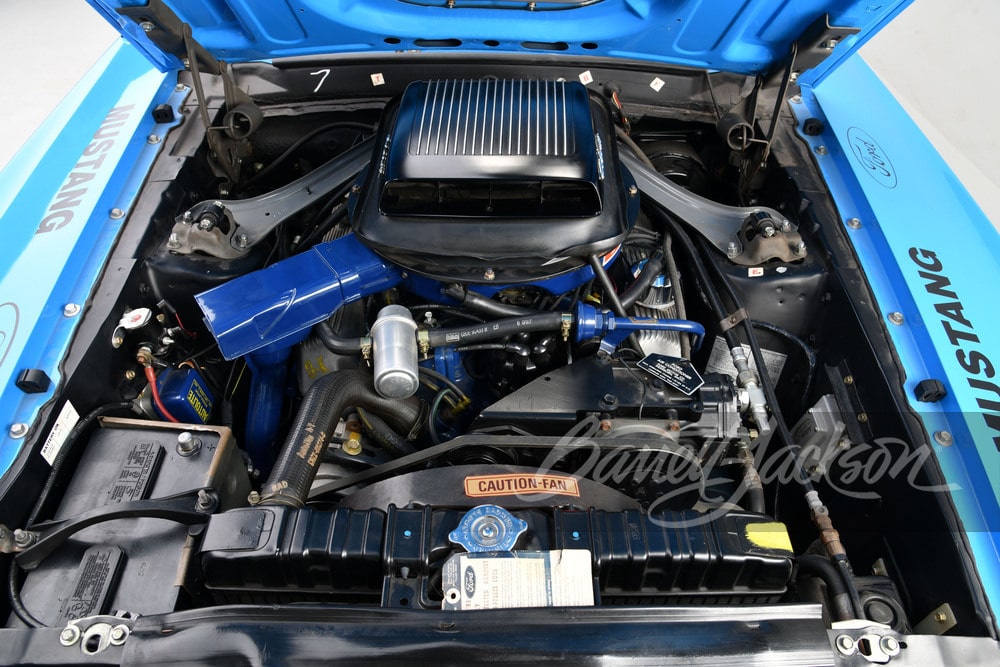 Meanwhile, the Grabber Blue ARI pace car was built for the Atlanta International Speedway and used as a pace car for the 1970 season, though ARI went bankrupt shortly thereafter. This example wound up in the hands of a collector, who had it fully restored before it was on display at a museum for some years. The Grabber Blue Mustang pace car also wound up making appearances in the October 1992 edition of Mustang Times, as well as a 1993 Mustang & Ford article. 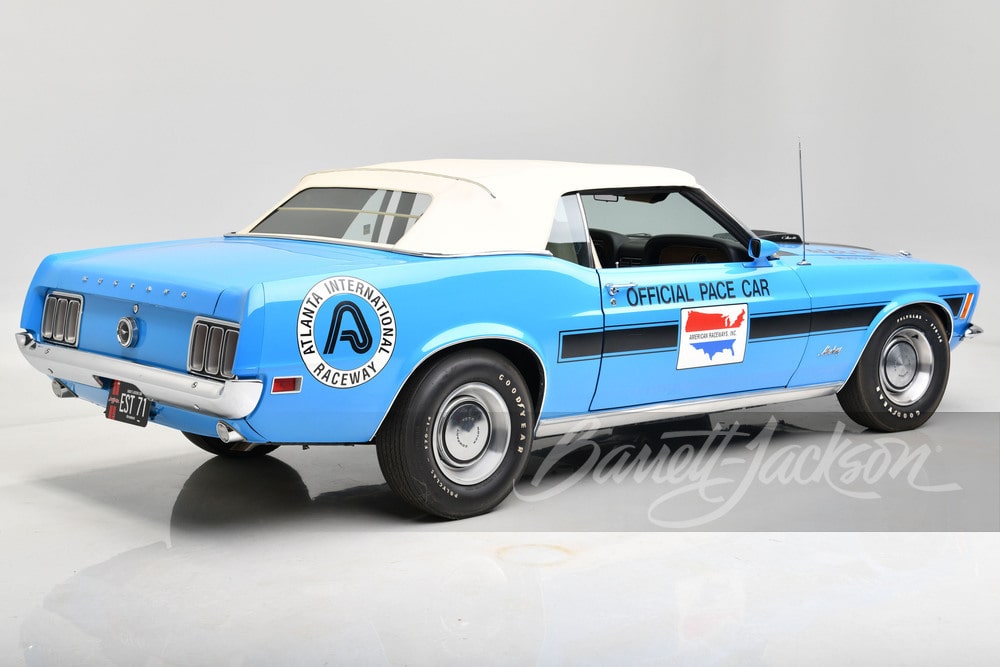 Both of these rare pieces of pony car history are set to cross the block in Scottsdale this coming Saturday, January 29th, where each will be sold at no reserve.