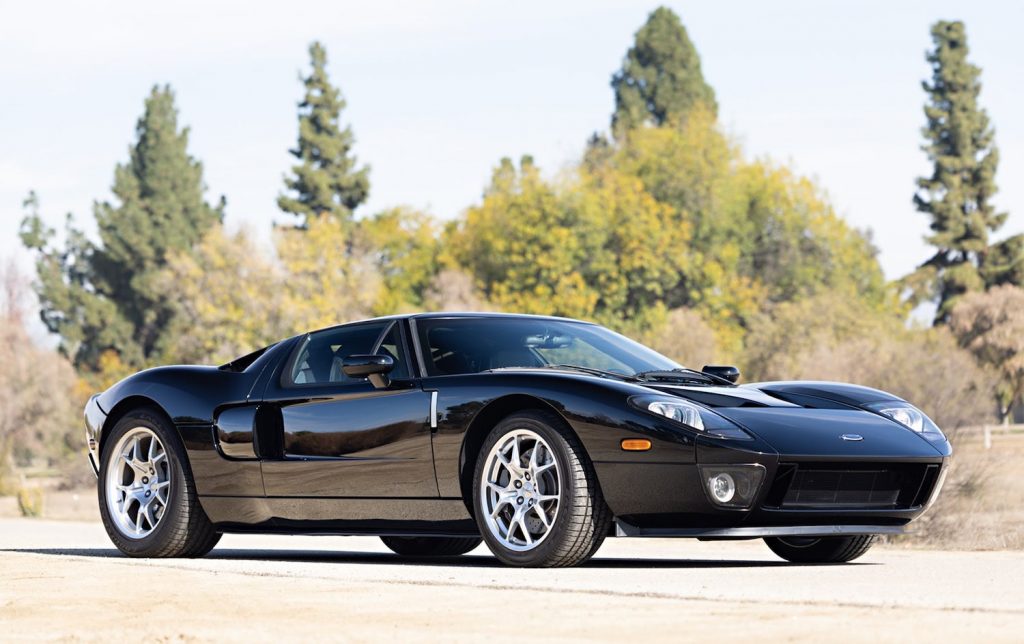 Over the past couple of years, we’ve seen a number of Ford GTs go up for auction and command big bucks. However, most of those cars don’t come with the paint stripe delete, as is the case with this 2005 Ford GT that’s going up for grabs at Gooding & Company’s upcoming Scottsdale auction. 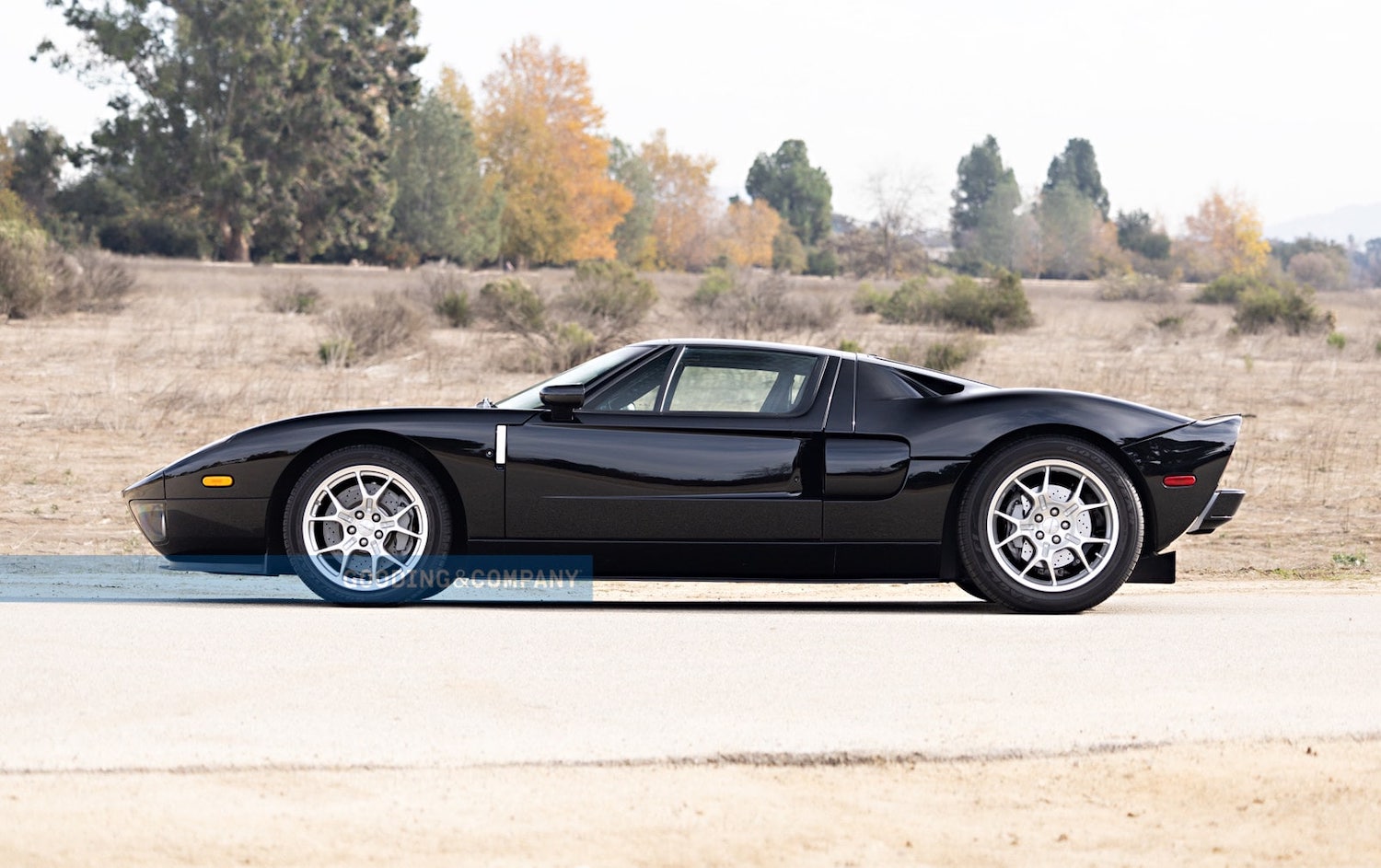 Like all 2005 Ford GT models, it comes with the legendary supercharged Ford 5.4L V8, which was good for 550 horsepower and 500 pound-feet of torque, backed up by a six-speed manual. 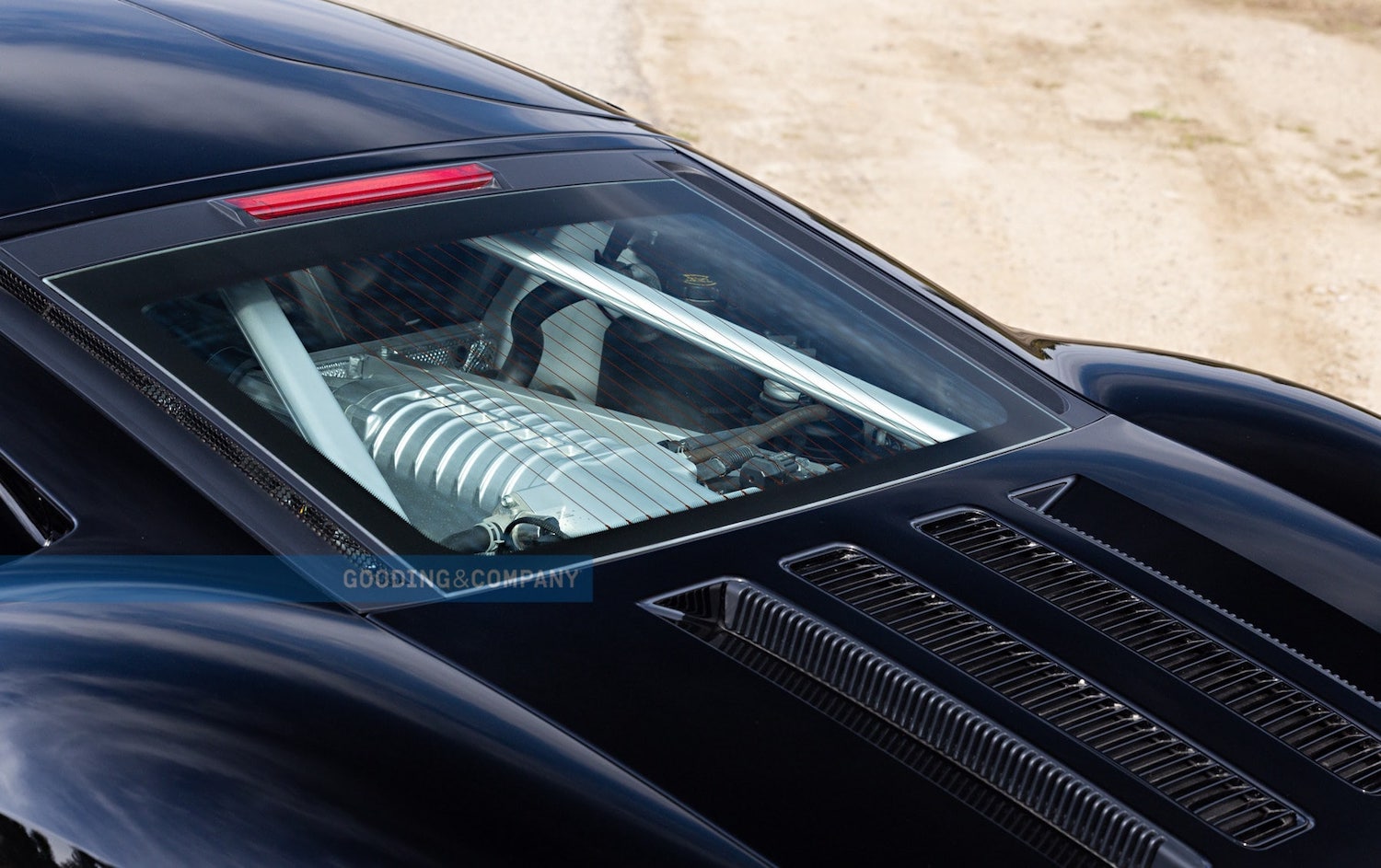 The crown jewel might just be this black 2005 Ford GT, however, that features a rare stripe delete and a matching black interior. A buyer would have explicitly opted for the delete, as Ford made a bodyside stripe standard. Additionally, buyers could also opt for a painted stripe that started at the hood, went over the roof, and ended at the bottom of the rear hatch, an offering that most seem to have gone with, judging by the ones still out there.

The GT is also equipped with Ford’s optional McIntosh sound system, gray-painted calipers, and forged aluminum wheels, and has just 1,900 original miles on the clock. The original owner took delivery of the GT at Mel Clayton Ford in Santa Barbara, California, and is the car’s only owner to this point. 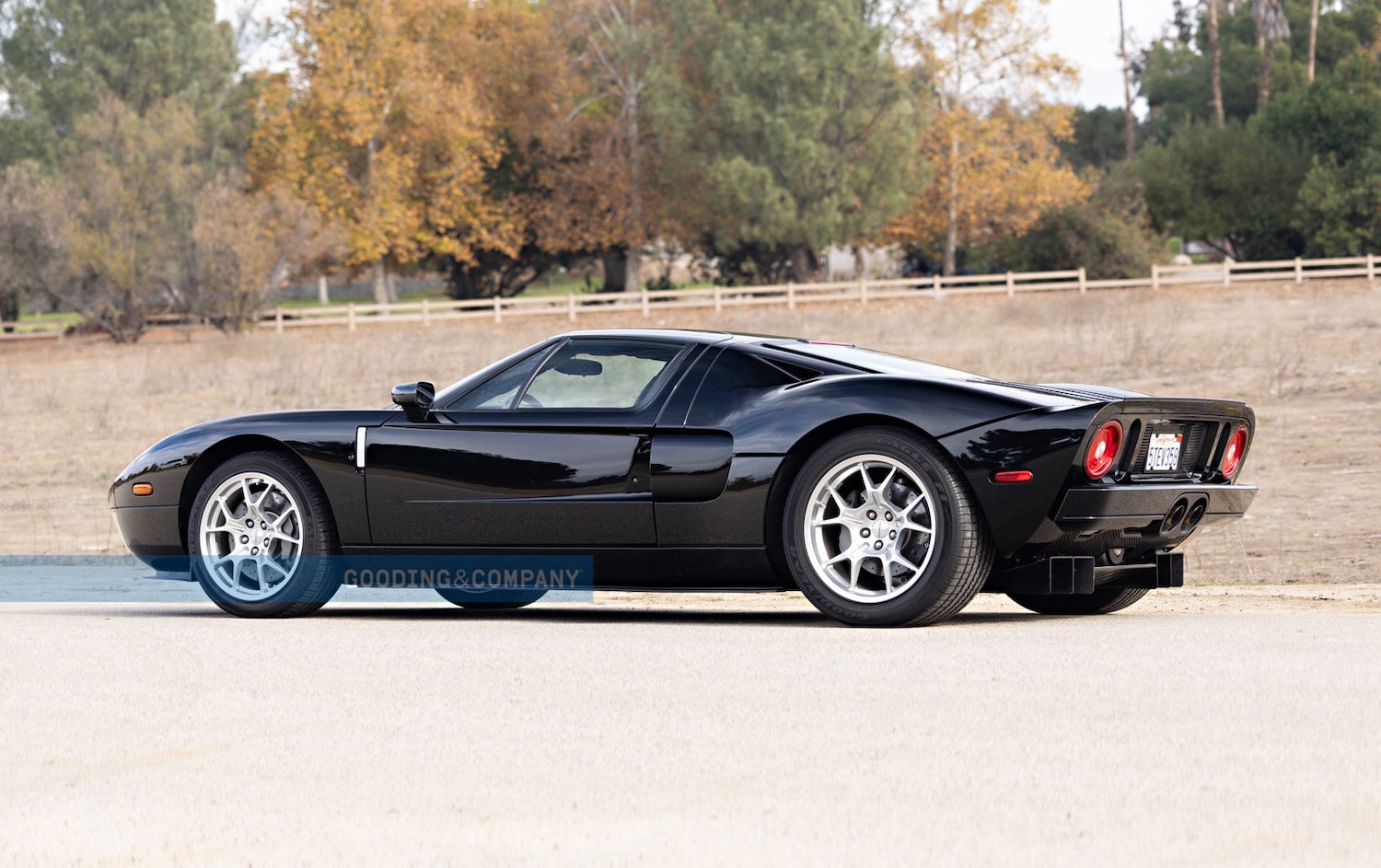 In stellar condition with very low miles, this first-gen Ford GT would be a desirable auction item as-is, but the stripe delete really puts it over the top. Bidding begins on Monday, January 24th, 2021 and ends that Friday. As Ford Authority previously reported, this isn’t the only desirable FoMoCo vehicle that the company is auctioning off, as they also set to open bidding on a rare 1966 Ford Bronco roadster soon.

Six 1971 Ford Mustang Performance Models Heading To Auction In May