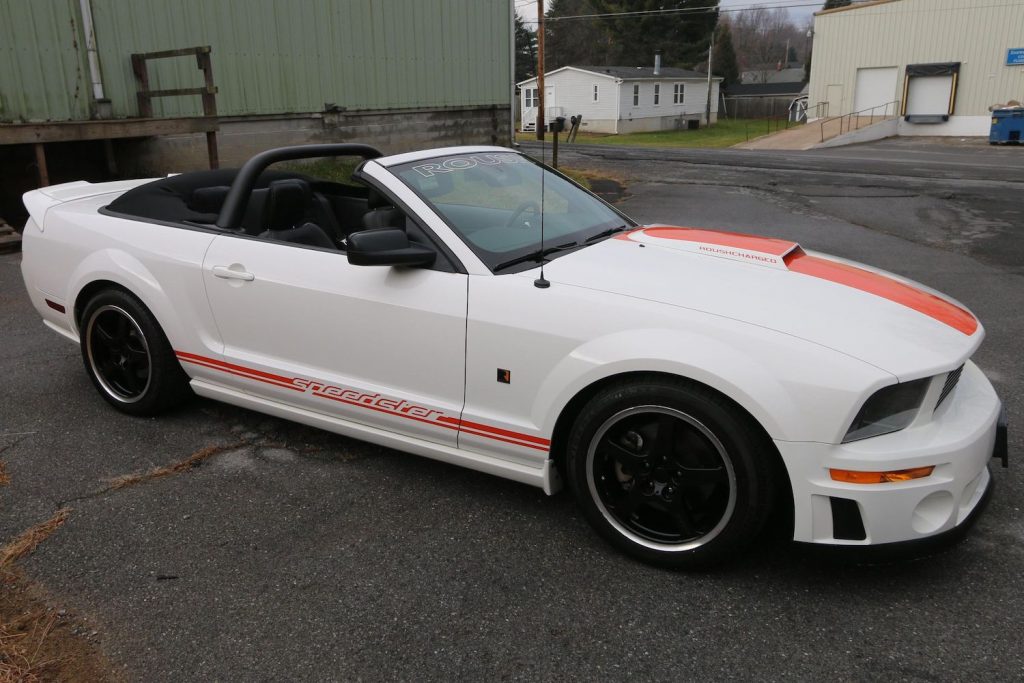 Roush has been building a number of modified Blue Oval vehicles for years now, many of which are based on the Ford Mustang. One of the coolest and more obscure of that bunch is the Roush Speedster, a heavily-modified Mustang convertible that was limited to just 100 total units in the 2008 model year, making it a rather rare sight today. However, this 2008 Ford Musang GT Roush Speedster is now up for grabs via Cars & Bids, giving someone the chance to own one of these hard-to-find drop-tops. 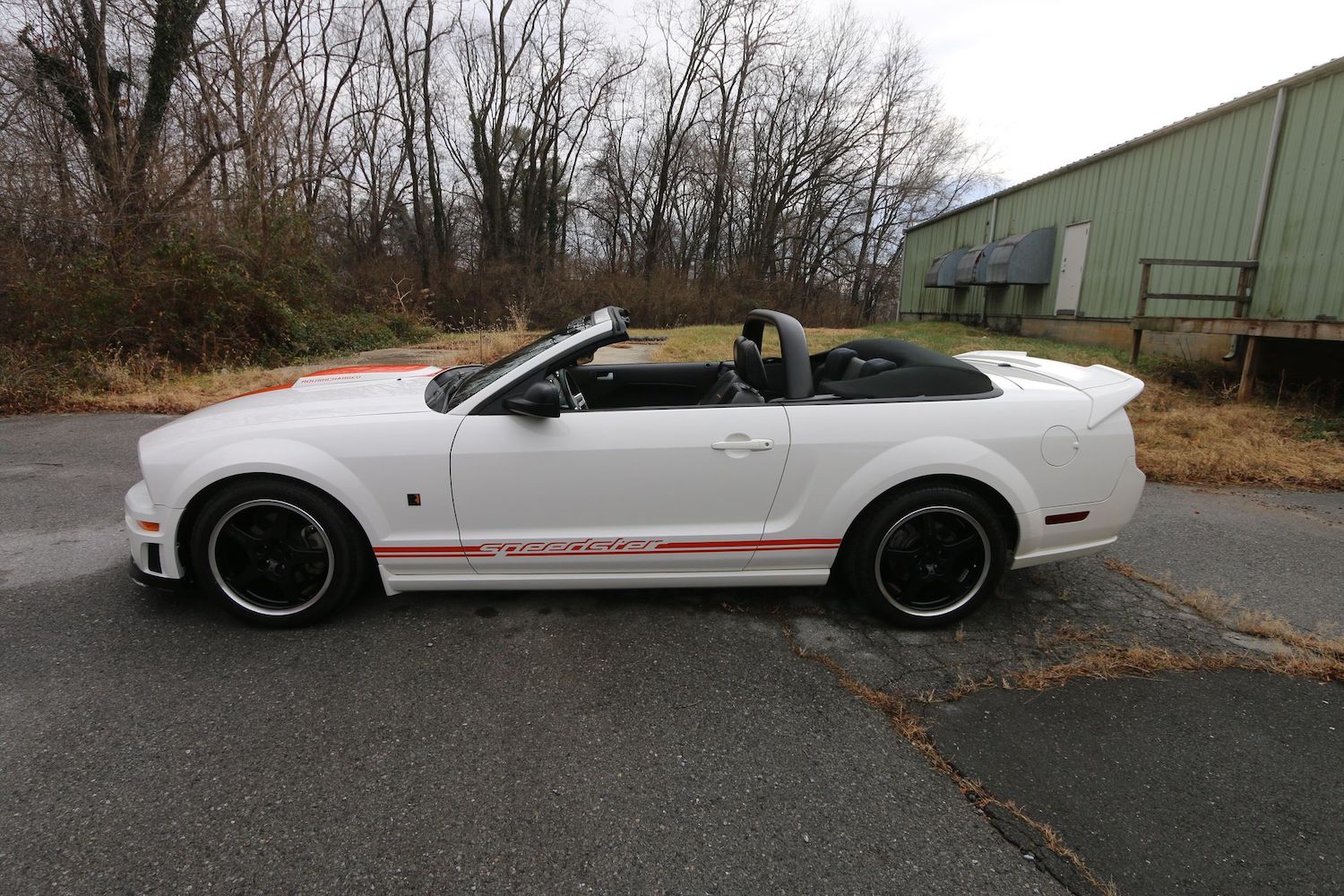 Finished in Performance White like all 2008 Ford Mustang GT Roush Speedster examples, this particular car has just 22k miles on the clock and looks as good as new, save for the typical scratches and such. On the outside, these Speedsters received a host of modifications including Roush 18-Inch black cast wheels, Roush’s four-piece Aerokit, a black bar high flow front grille, fog lamps, a windshield banner, orange Roush fender badges, and a Speedster graphics package. 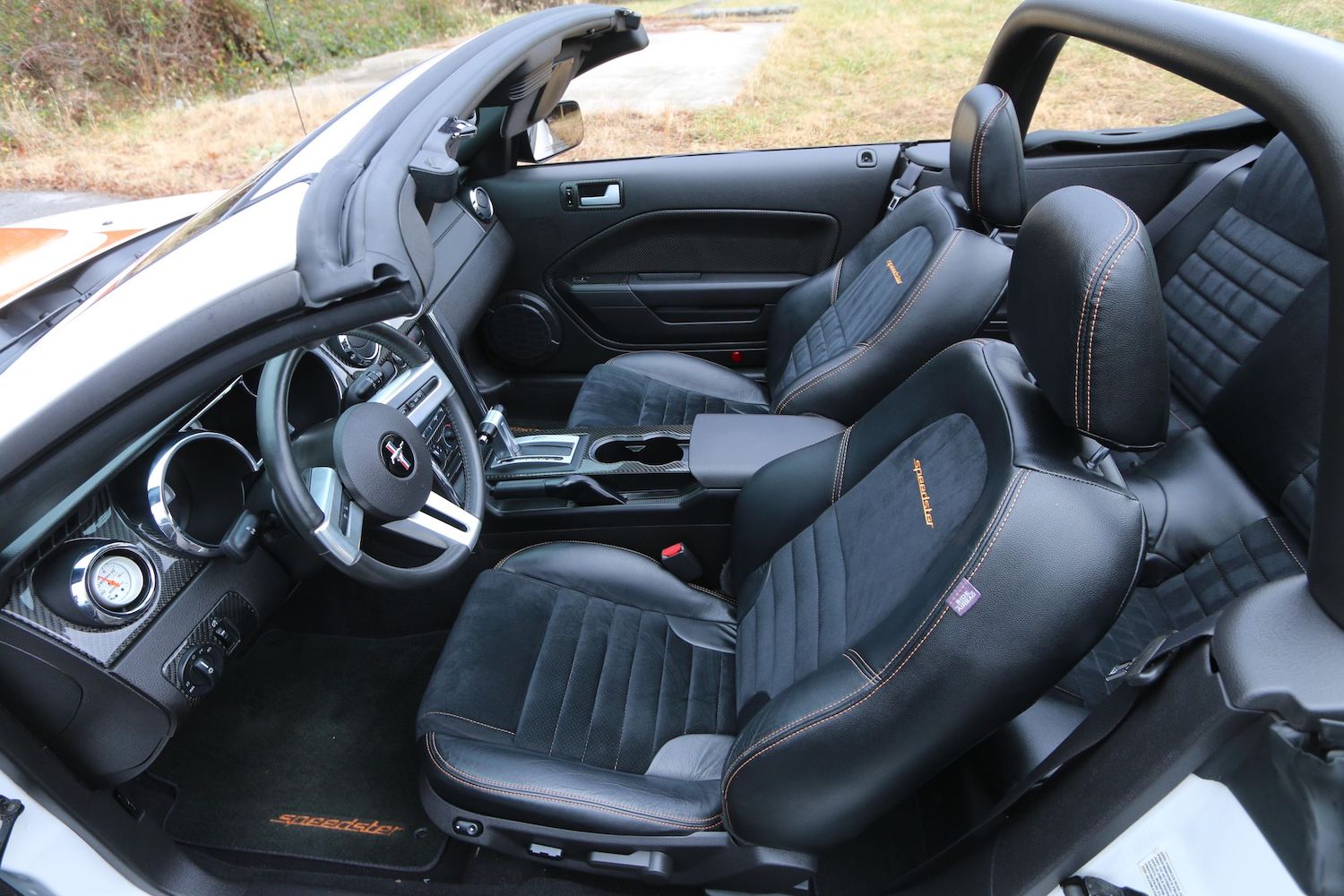 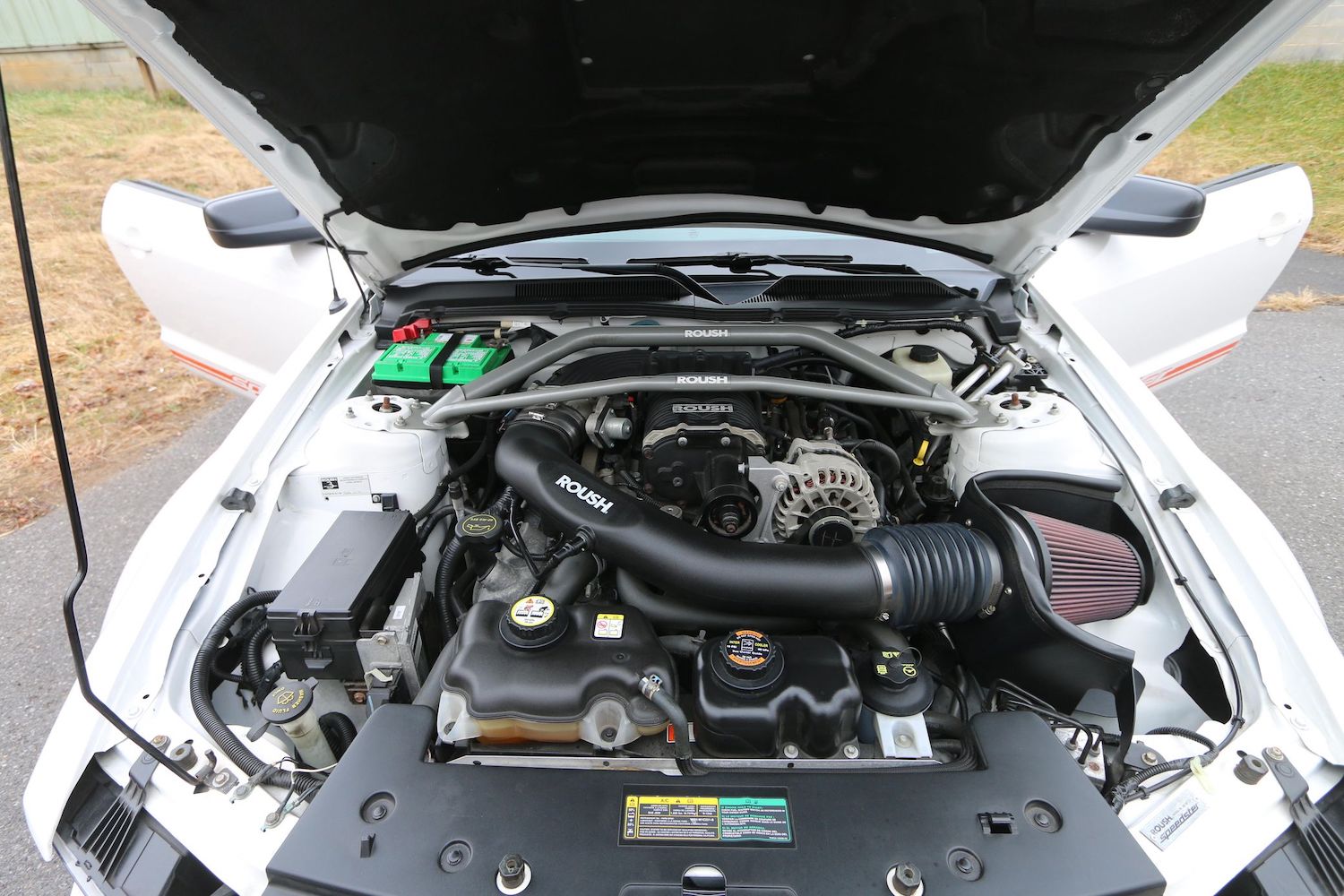 The Roush Speedster wasn’t just some appearance package, however, and also came equipped with a few upgrades under the hood as well. There, Ford’s 4.6L V8 has been treated to a Roush supercharger and exhaust that help it crank out 430 horsepower and 400 pound-feet of torque, which flows to the rear wheels via a six-speed automatic transmission. Underneath, Roush gave the Speedster a set of lowering springs and jounce bumpers, as well as 14-inch front brakes with four-piston calipers. 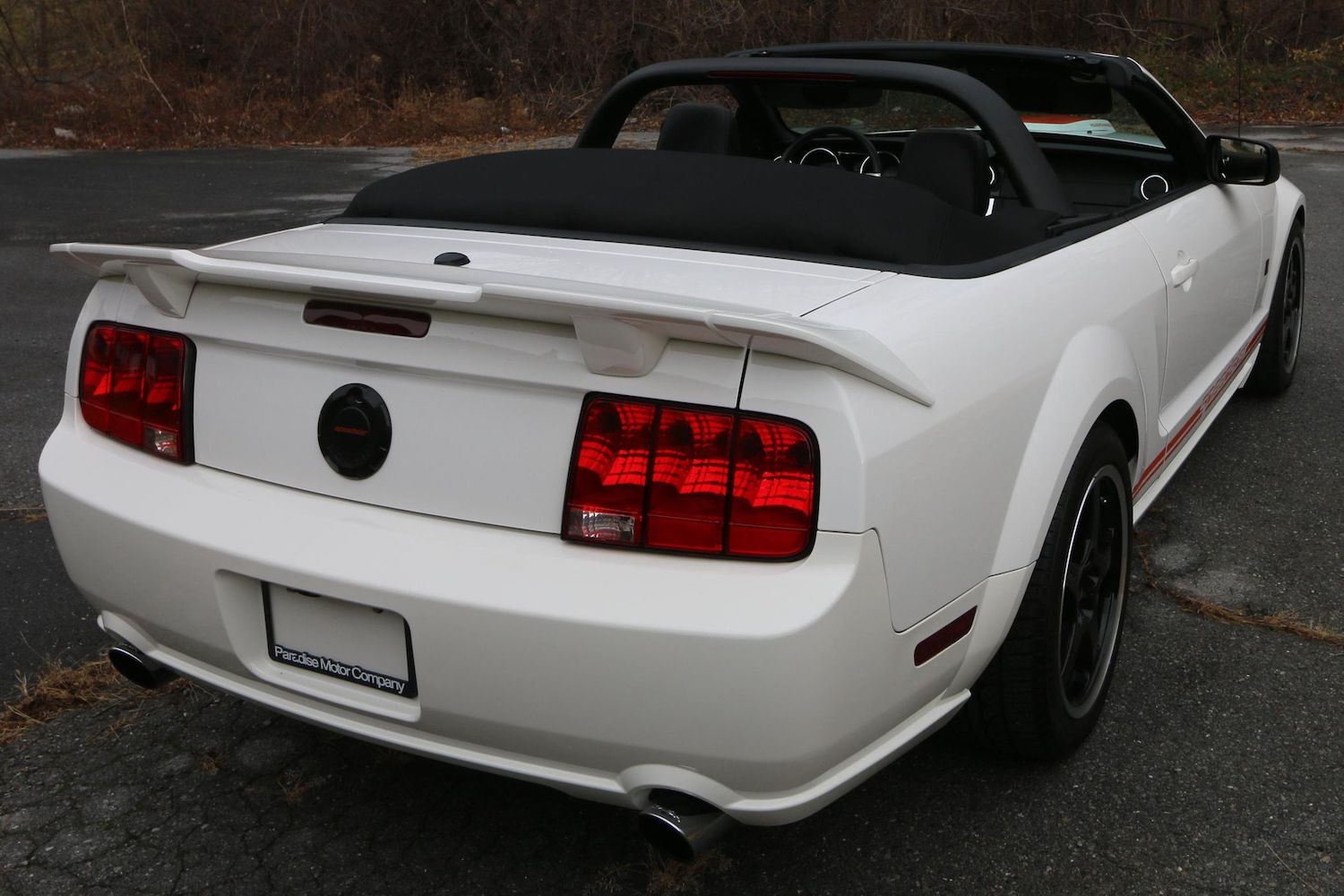 It certainly isn’t very often we see a Roush Speedster pop up for sale, and this is certainly one of the nicer examples around. Thus, it’ll be interesting to see what the fortified drop-top ultimately sells for when the proverbial hammer drops. 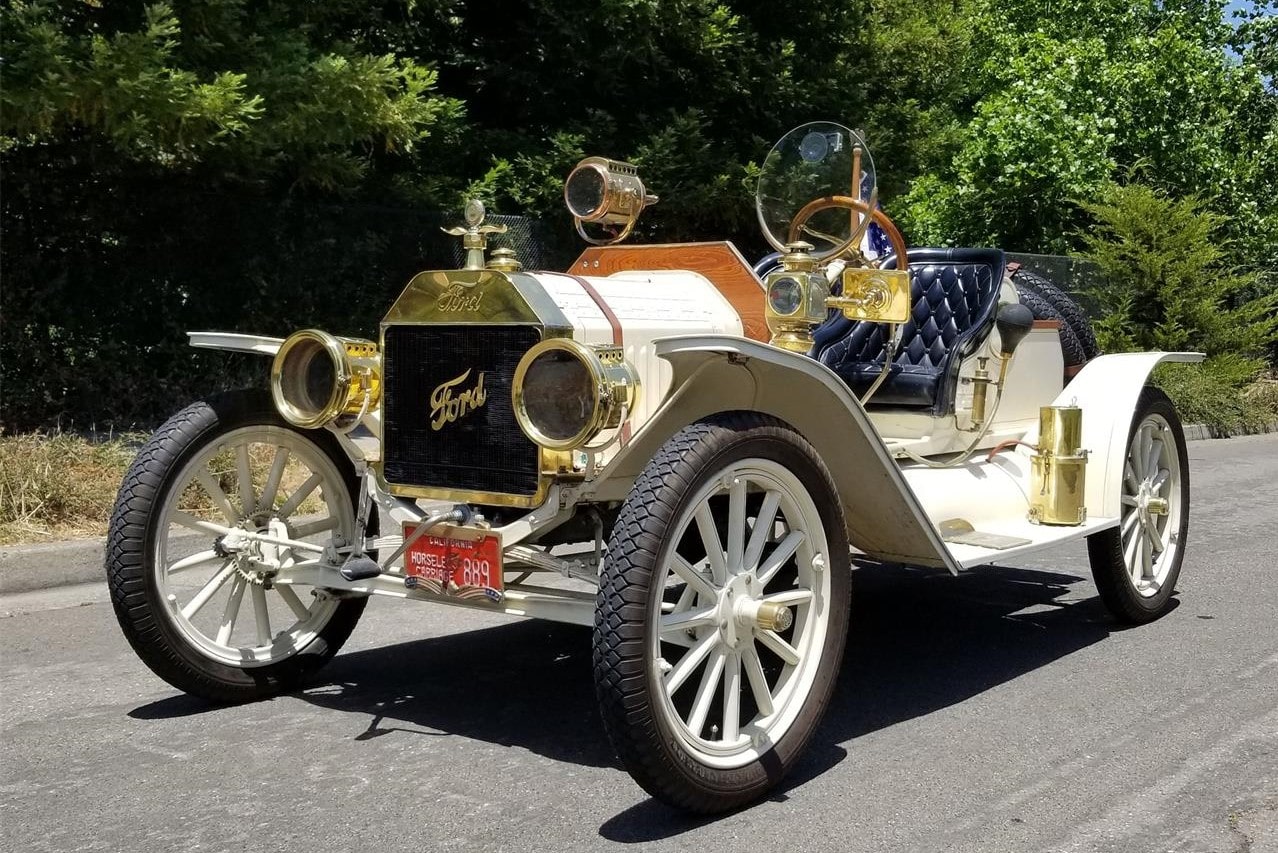