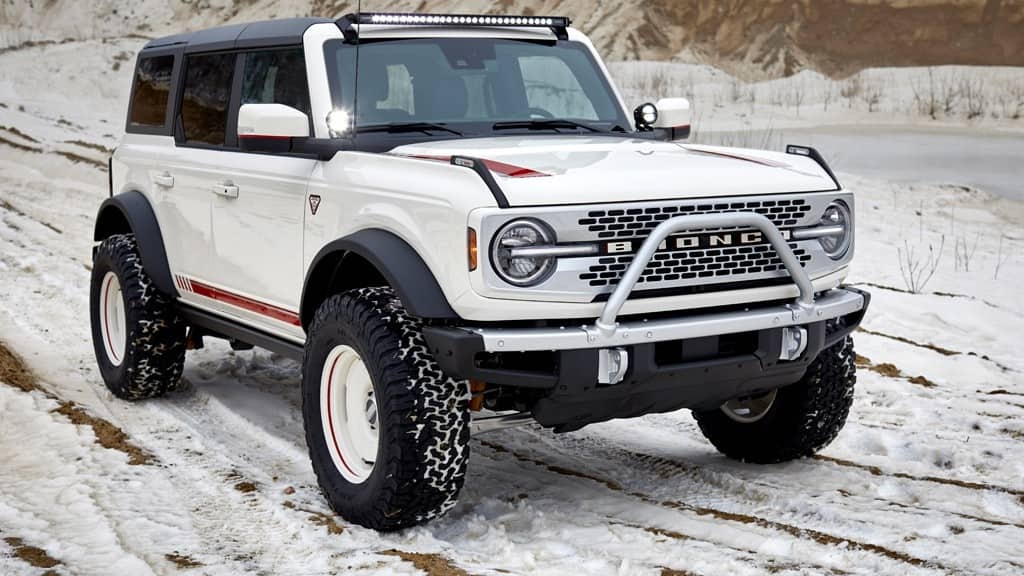 The Ford Bronco remains in high demand and short supply months after its launch, which has dealer inventory turning in just seven days and owners flipping their SUVs for massive profits. Thus, we imagine that this 2021 Ford Bronco Pope Francis Center First Edition build will attract quite a bit of interest when it crosses the block at Barrett-Jackson’s upcoming Scottsdale auction, especially since all of the proceeds from the sale will go to benefit that very same charity. 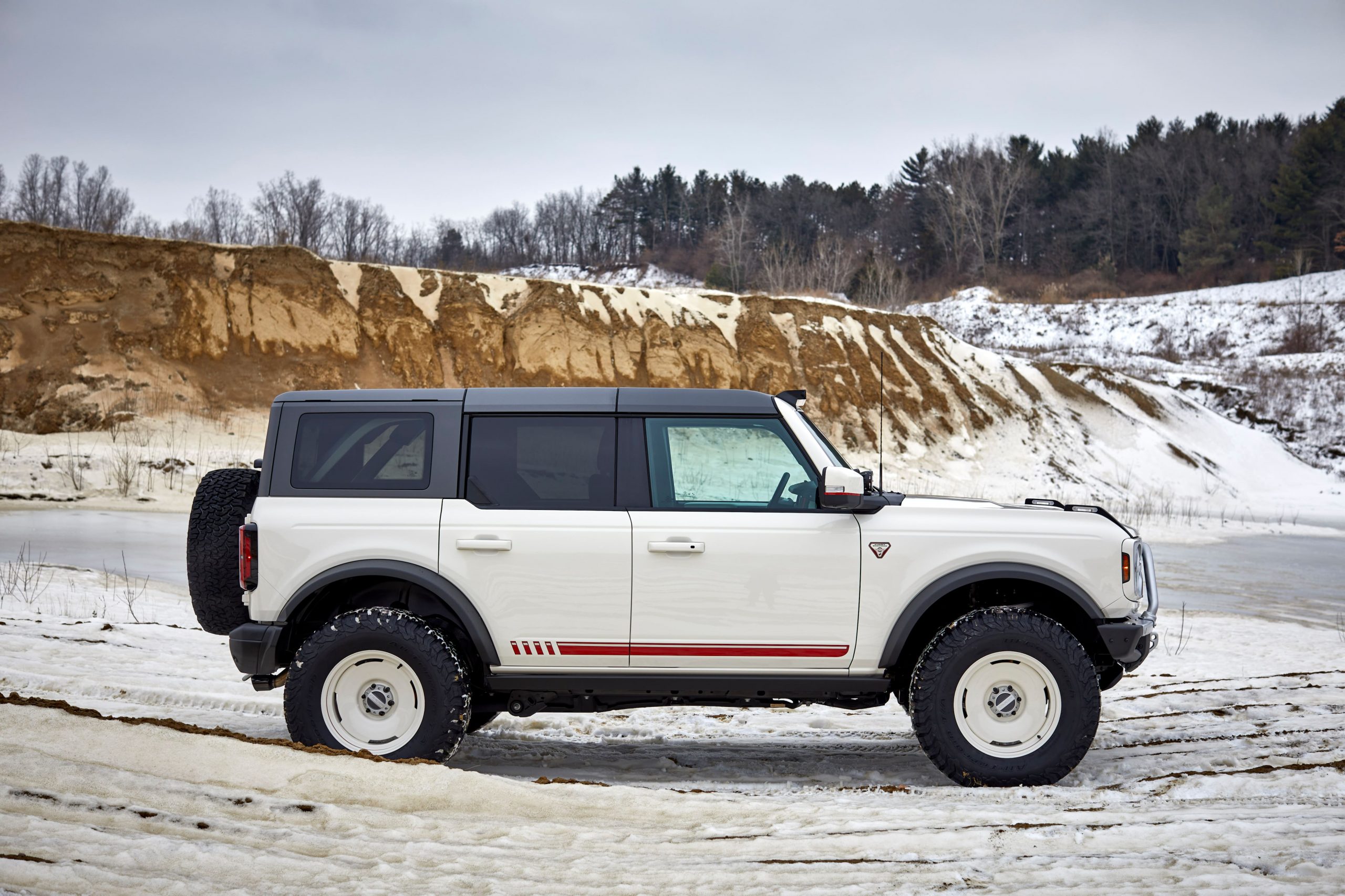 This 2021 Ford Bronco Pope Francis Center First Edition – otherwise known as “Bronco 66” – is a one-off creation with an overall look that’s designed to mimic the styling of the original 1966 Bronco. That starts on the outside, where this Bronco is finished in Wimbledon White – a classic Blue Oval hue that was available on the first-gen Bronco but is not among the color choices for the new sixth-gen model. 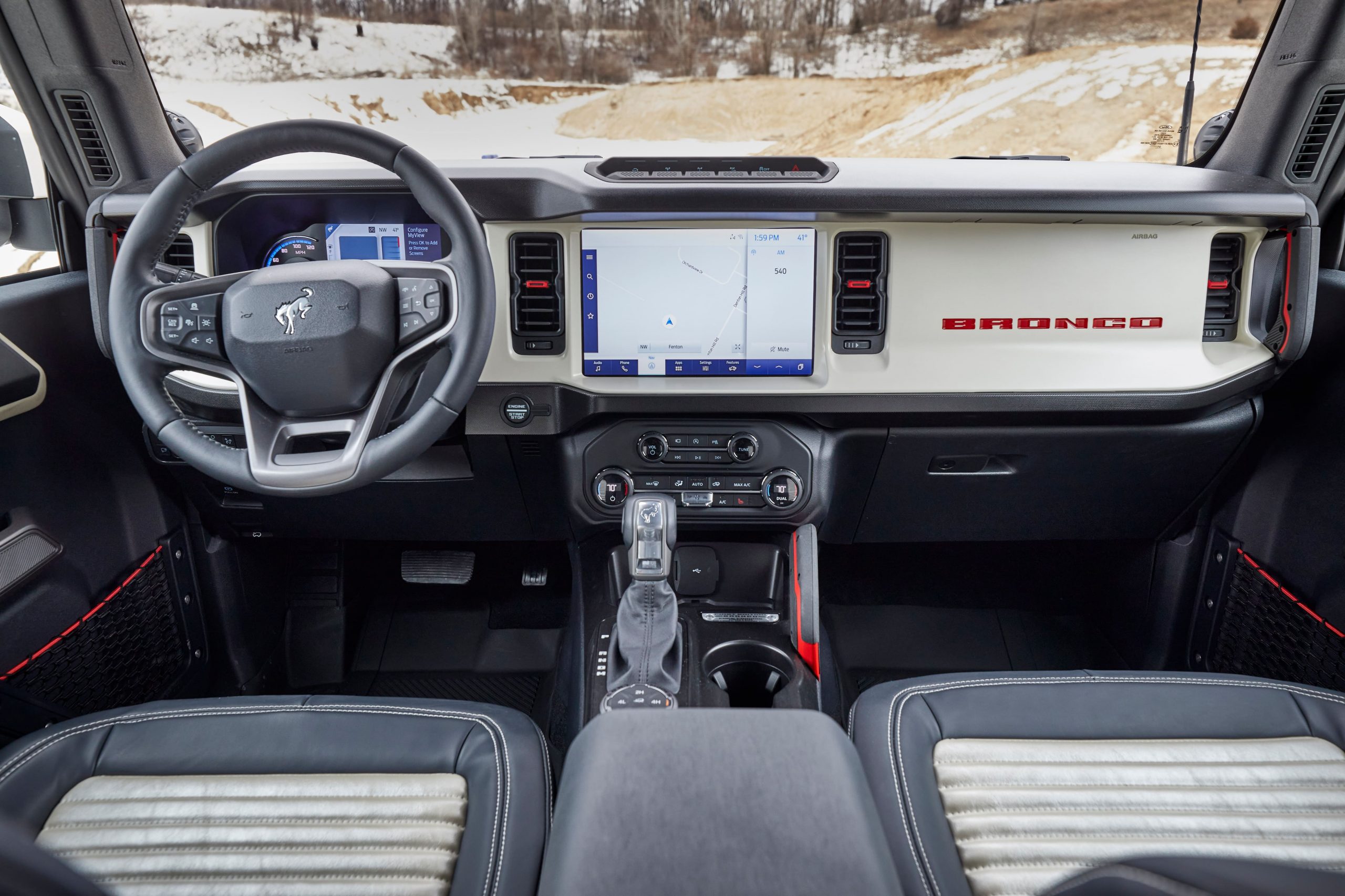 From there, this custom Bronco features Rapid Red painted stripes in the same location as the First Edition graphics, as well as an Iconic Silver-painted front grille and the top portion of the heavy-duty modular front bumper. The look is capped off by custom First Edition badges that pay homage to the Pope Francis Center – a Detroit-based charity that aims to wipe out chronic homelessness in the Motor City by 2030 – as well as a set of custom 18-inch Wimbledon White Detroit Steel Wheels designed to look just like the steelies present on the 1966 Bronco. 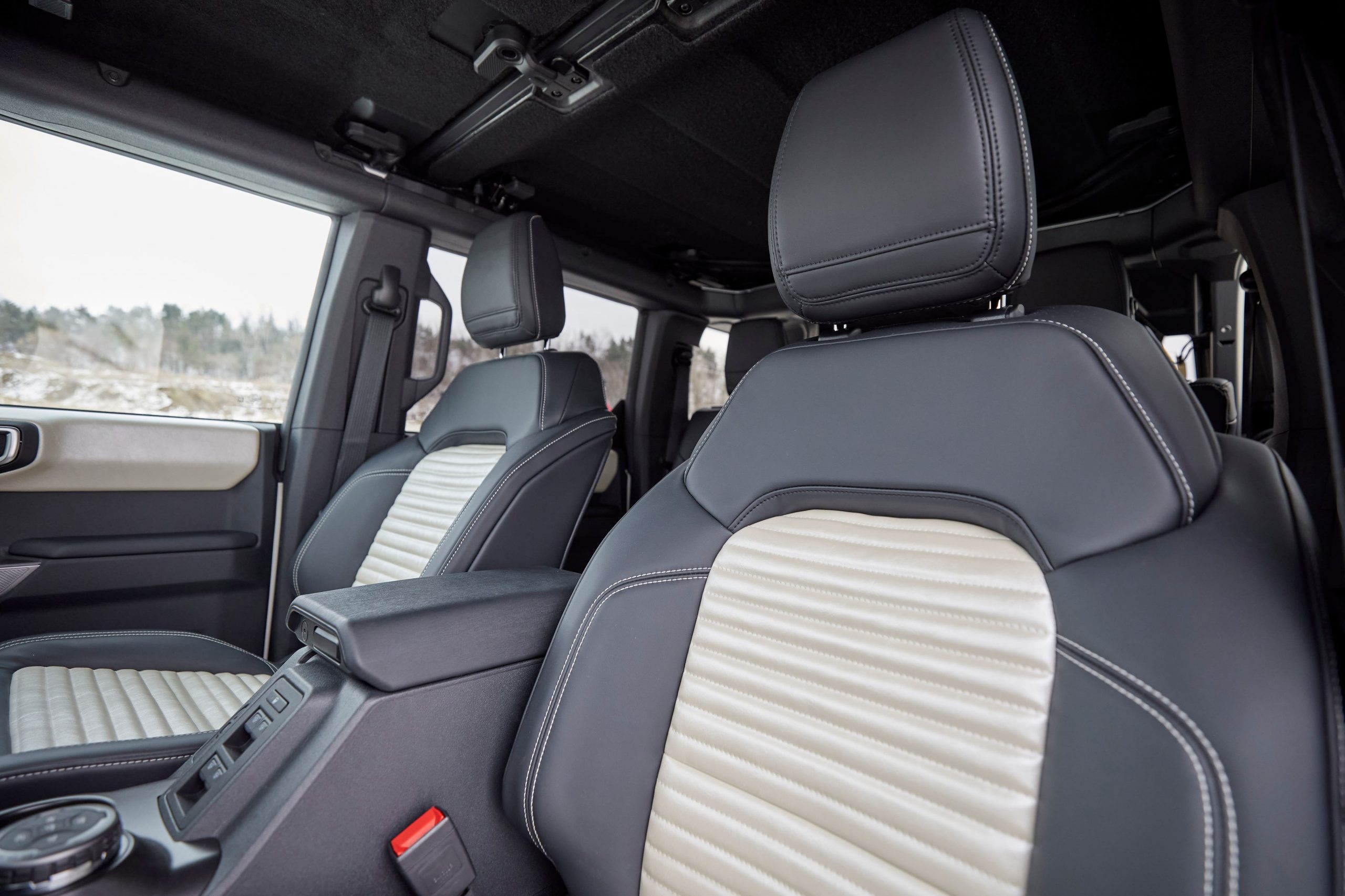 Aside from these retro touches, this special Bronco is also fitted with an array of parts and accessories from Ford’s own catalog, including a rooftop lightbar, side pod lights, Rigid wheel-well rock lights, tube doors, an in-vehicle safe, a MOLLE strap system mounted to the inner swing-gate, a full vehicle cover, and garage storage bags for the tube doors. Inside the cabin, this custom Bronco features a Wimbledon White-painted instrument panel with vent accents, grab handles, and red signature Bronco brand lettering, along with white vinyl inserts for the seats and door panels. 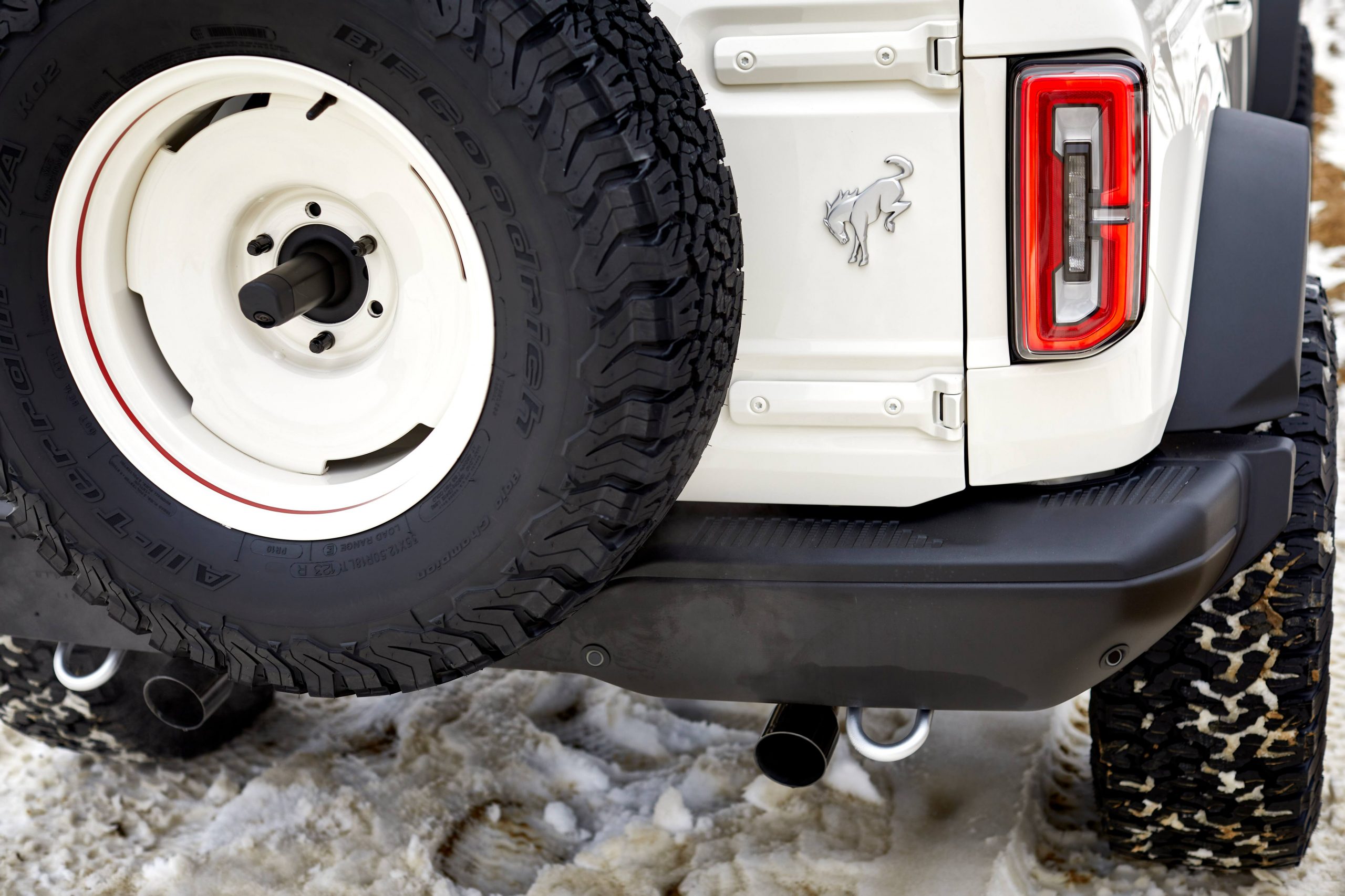 In addition to paying homage to the original Bronco, this 2021 version also has ties to a specially-modified 1980 Bronco that Ford customized for Pope John Paul II’s visit to the U.S. back in 1979. That build was later turned over to the United States Secret Service, but this modern version will go up for grabs next Thursday, January 27th at 6:30pm eastern time.