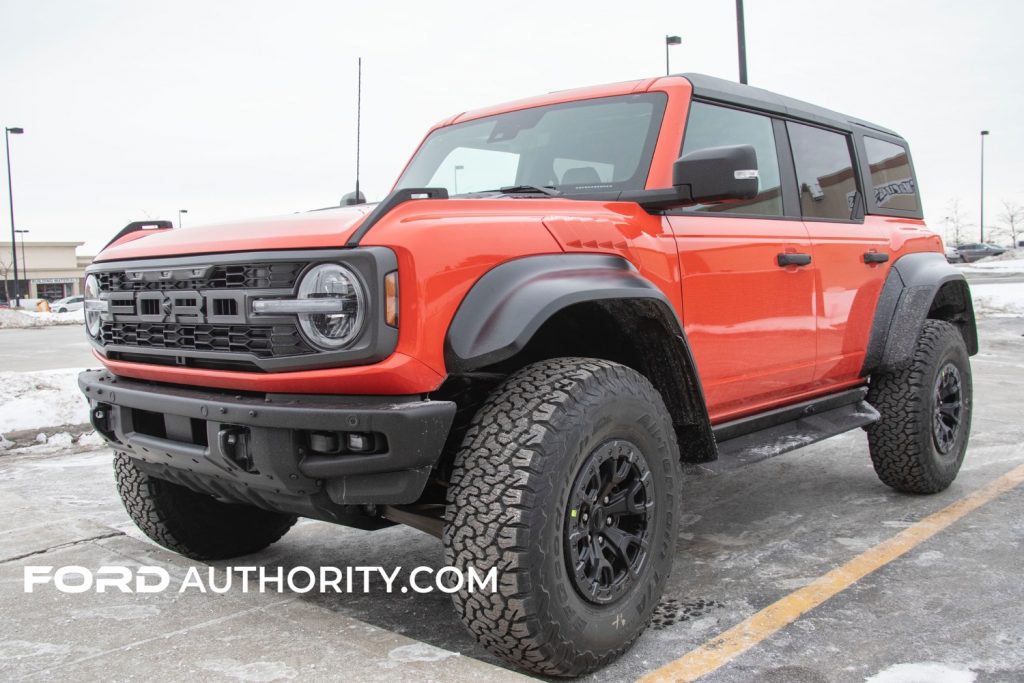 The Ford Bronco Raptor was revealed earlier this week with a $69,995 price tag and a host of impressive upgrades that promise to make it the most capable version of Ford’s rugged SUV to date. Ford’s press photos of the new Bronco Raptor depicted the new model in Code Orange, one of a variety of colors offered on the new model and a hue that’s also available on the Ford F-150 Raptor and 2022 Ford Mustang Shelby GT500. Now, Ford Authority spies have spotted a Code Orange 2022 Ford Bronco Raptor out driving around, giving us our first real-world look at this combination. 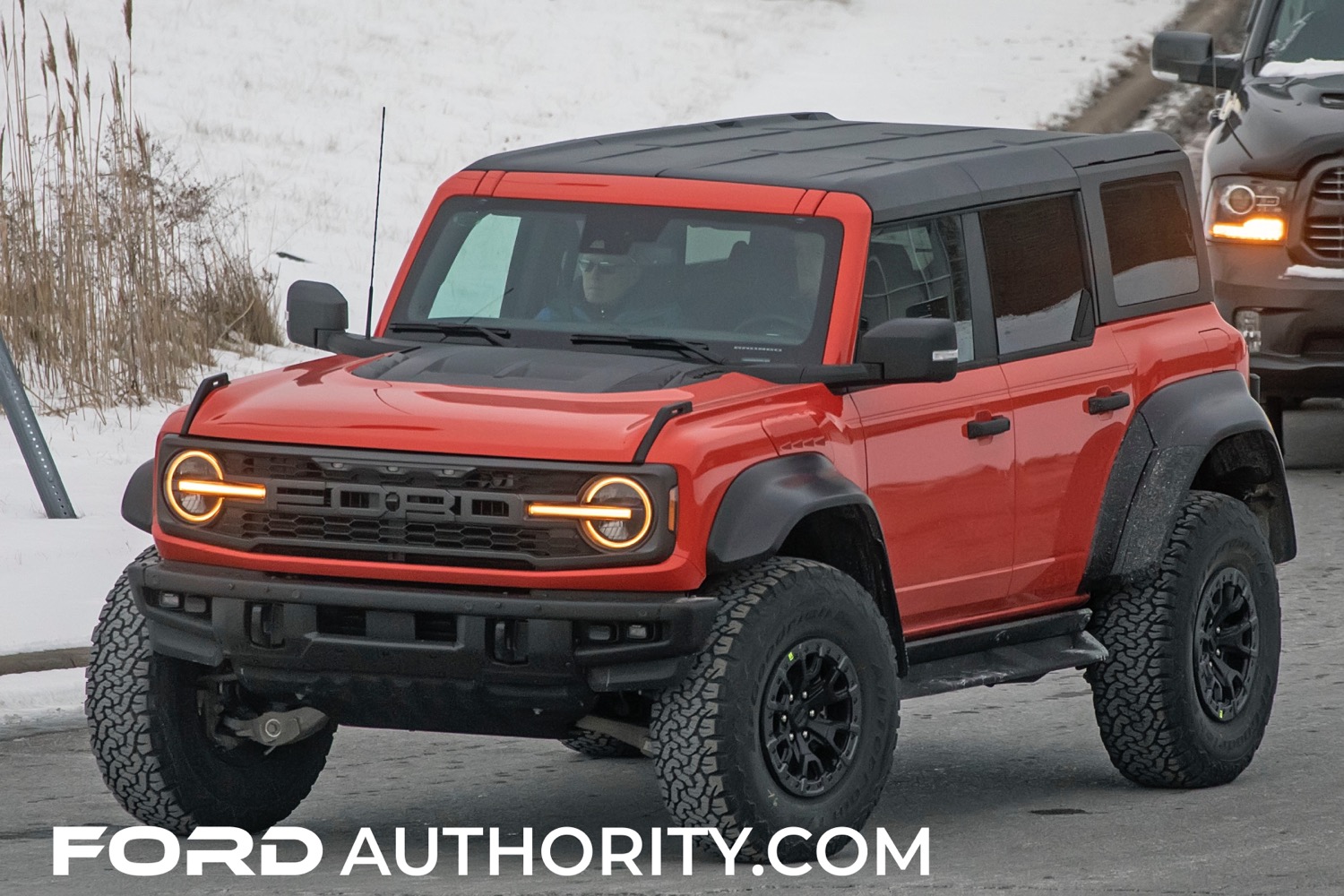 The Bronco Raptor is easily distinguishable from other models in the lineup thanks to its aggressive styling, which starts up front with a “FORD” script grille, unique headlights sporting amber daytime running lights, and integrated amber marking lamps, just like the F-150 Raptor. The Bronco Raptor also comes equipped with Ford’s Heavy-Duty Modular front bumper, which has been fitted with tow hooks, removable bumper end caps, integrated removable Rigid LED fog lamps, and Rigid off-road lamps. Up top, the SUV features a muscular hood finished in molded-in-color Carbon Black with an integrated vent and a pair of Raptor badges 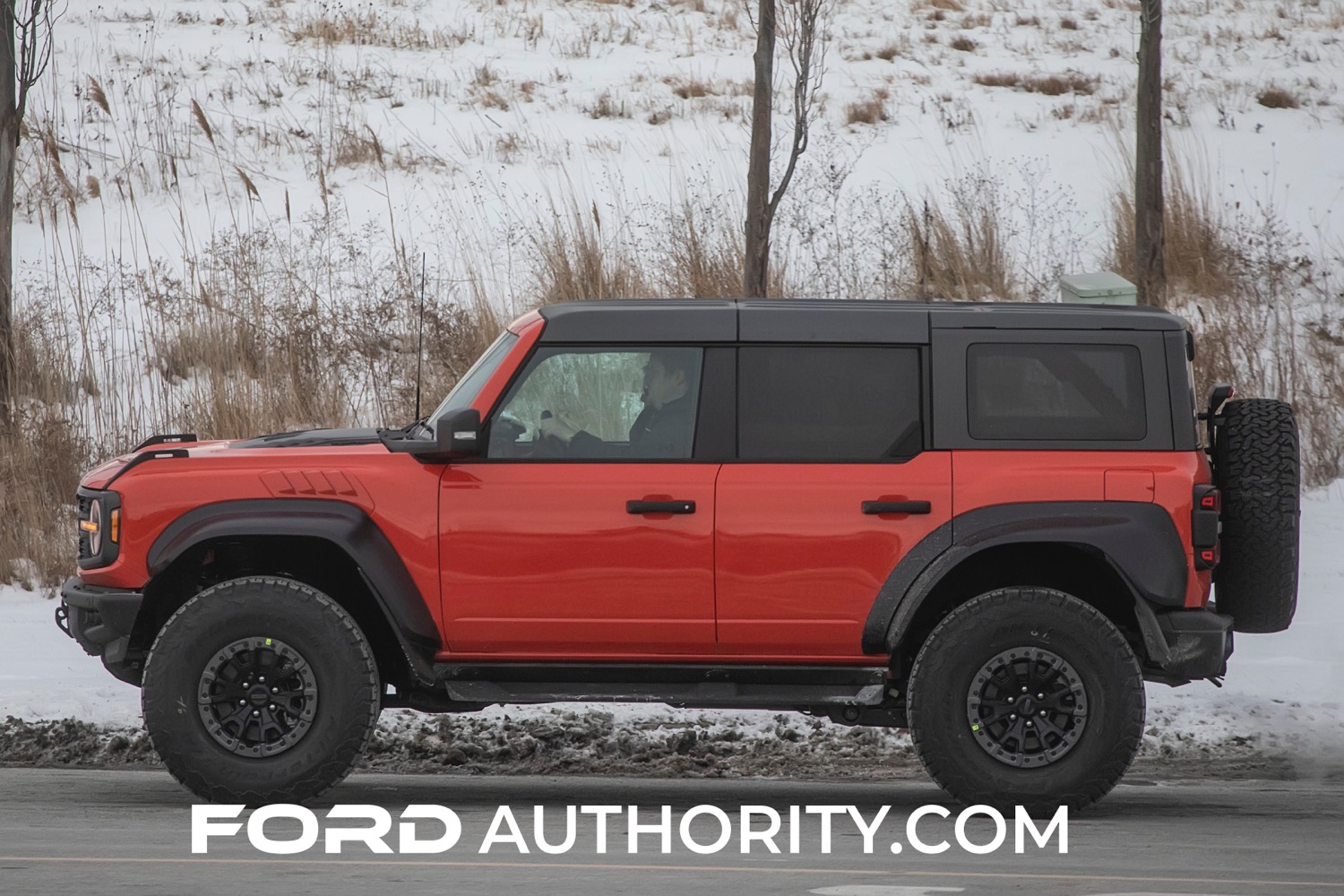 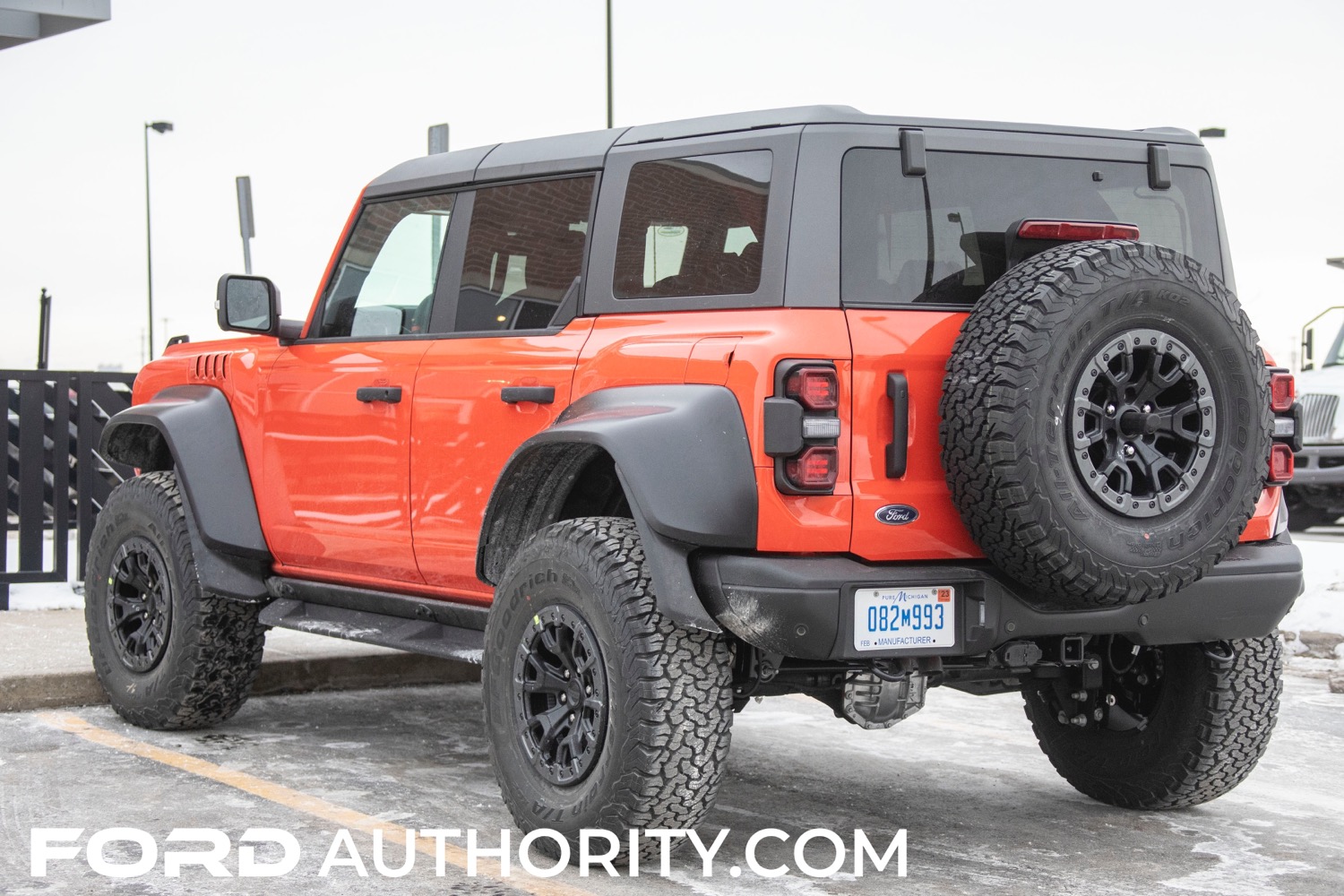 Out back, the Bronco Raptor is fitted with unique taillights, as well as a beefier spare tire carrier on the tailgate to support the larger and heavier wheel/tire combination. 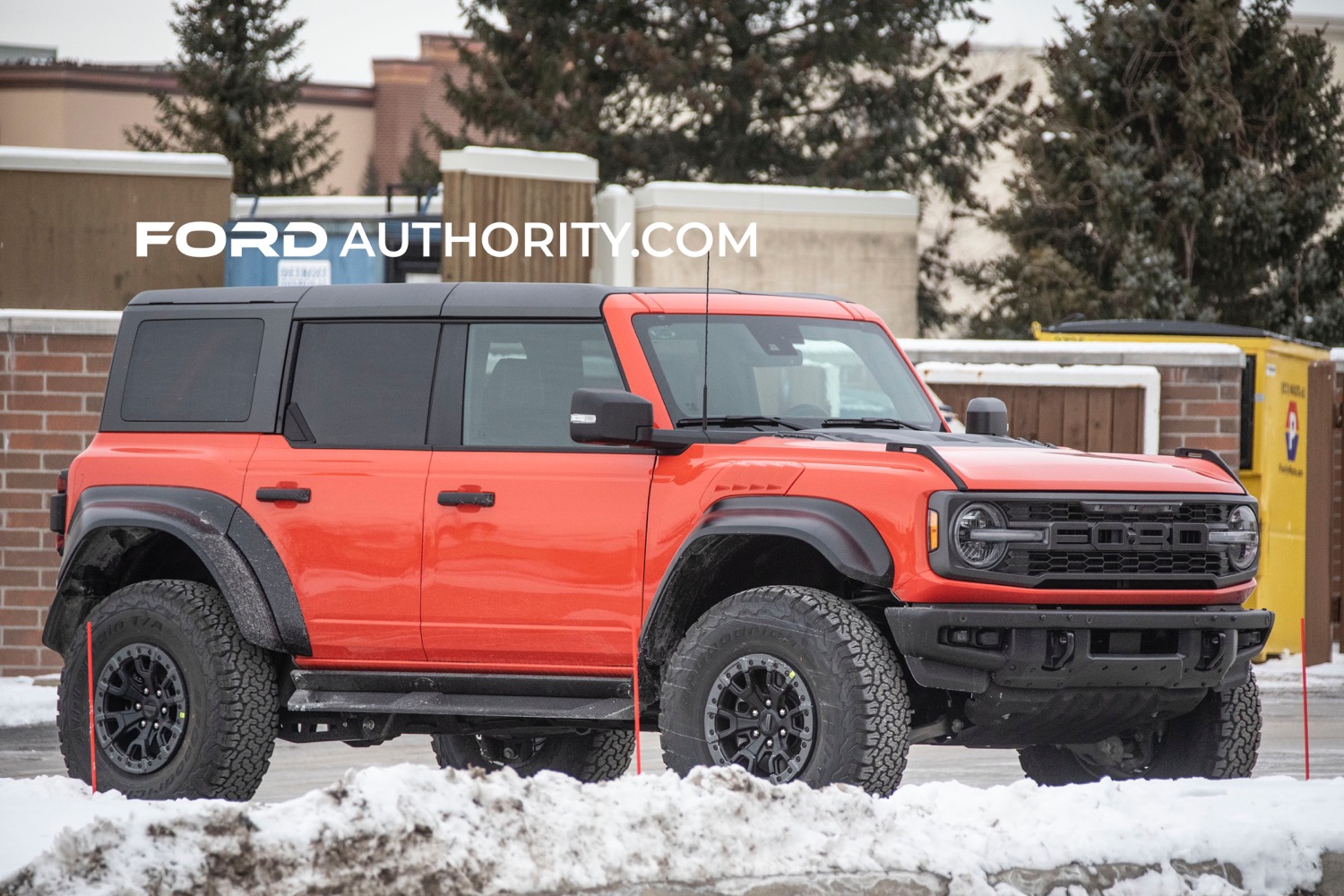 The 2022 Ford Bronco Raptor has drawn considerable interest since its reveal Monday, including the attention of at least one celebrity. However, carryover 2021 Bronco reservation holders will get first dibs on the new model, though those folks won’t be eligible for the 2022 Bronco’s price protection. In addition to its launch in the U.S. this summer, the Bronco Raptor will also go on sale in the Middle East at some point this year, as Ford Authority reported yesterday. 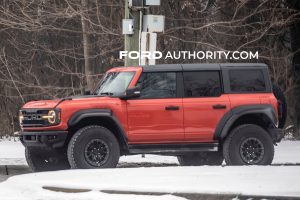 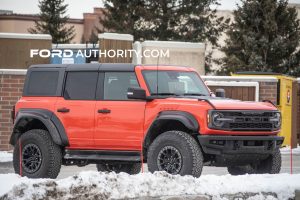 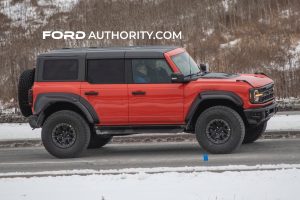 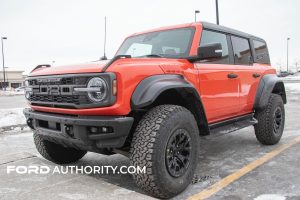 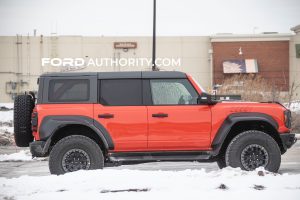 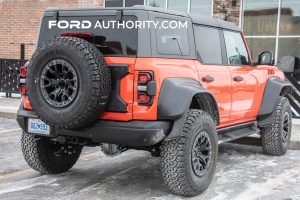 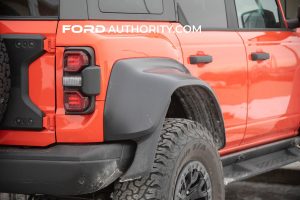 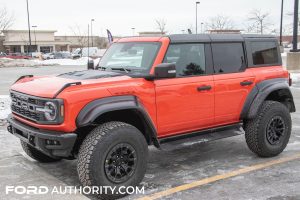 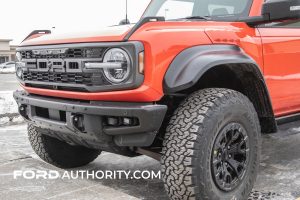 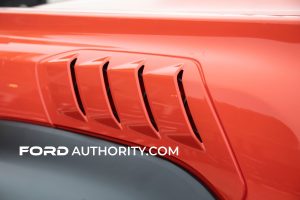 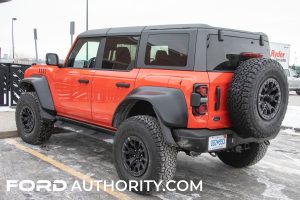 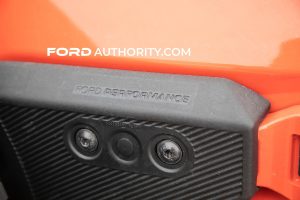 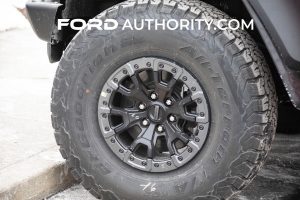 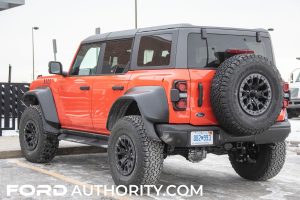 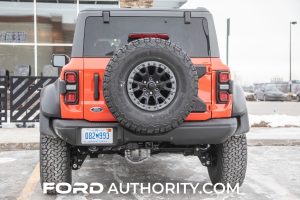