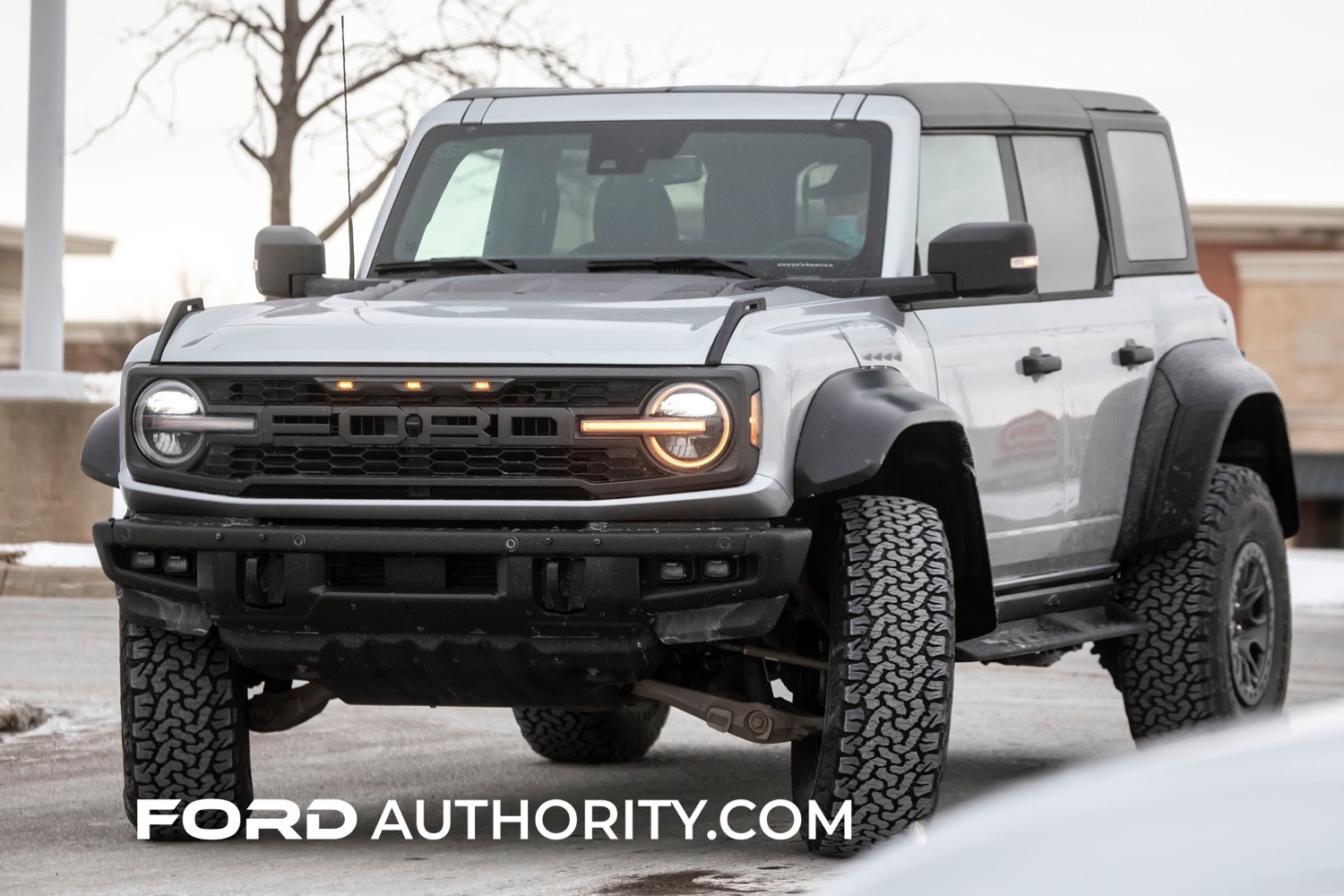 The 2022 Ford Bronco Raptor reveal occurred only a week ago, and naturally, the internet collectively flipped out about the upcoming hardcore off-road oriented SUV in the most positive way possible. Since then, Ford Authority has outlined several interesting tidbits about its pending arrival, like its $69,000 starting price and how it stacks up against the 2022 Jeep Wrangler Rubicon 392, its closest rival. Additionally, our photographers caught a Code Orange painted example on public roads. Now, they’ve caught another specimen cruising around, with this latest version sporting the solid Iconic Silver paint. 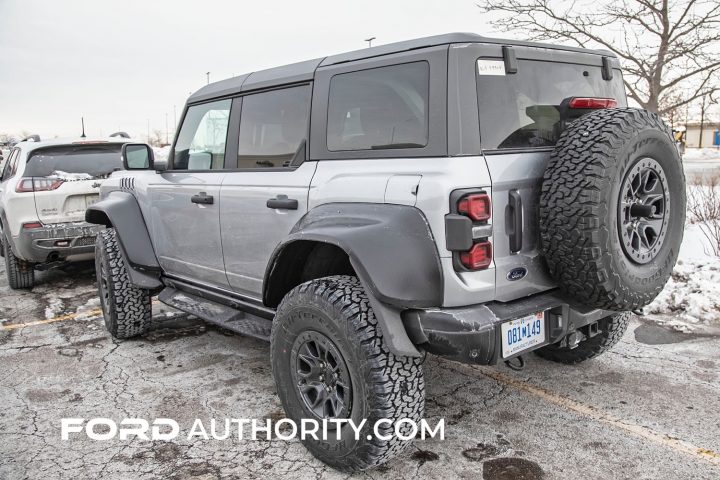 The 2022 Ford Bronco Raptor easily separates itself from the less insane variants with extremely aggressive styling that includes new rear LED lighting for the side taillights and the center high-mounted stop lamp that is part of the tire carrier, which is unique to the Raptor due to the massive 37-inch tire it is tasked with carrying. 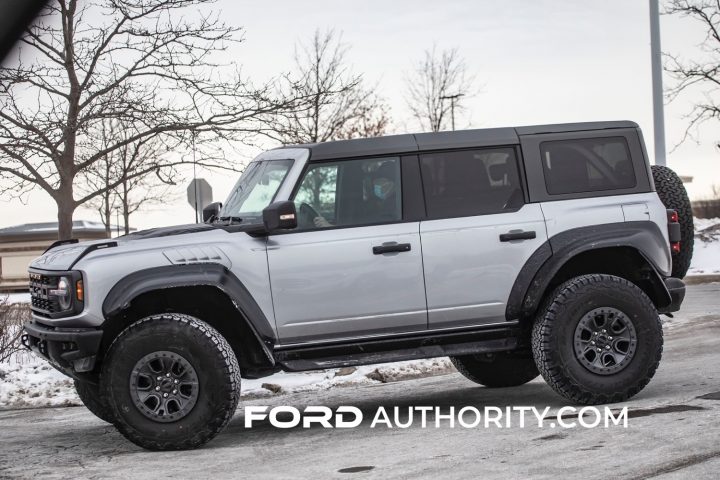 This side profile view succinctly shows off the other items unique to the 2022 Ford Bronco Raptor, like the front and rear quarter panels, fender flares, and functional integrated bodyside heat extraction ducts, plus reinforced rock rails with removable running boards. Some of these additions make the Raptor quite thick, as it measures a whopping 9.8 inches wider than its more “pedestrian” counterparts. Rounding out the increased proportions are the aforementioned tires, which are BFGoodrich KO2 Series rubber. 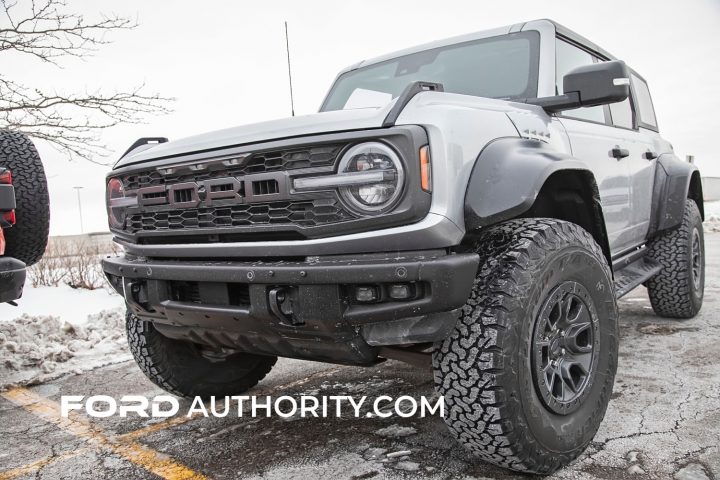 Up front, the 2022 Ford Bronco Raptor receives its own grille that prominently spells out “FORD,” in case that wasn’t obvious from the picture. Additionally, the range-topping Bronco gets unique headlights with amber daytime running lights, plus integrated side marker lamps. The Ford Heavy-Duty Modular front bumper also reports for duty on the Raptor, which comes with two hooks, removable end caps, Rigid LED fog lamps, and separate off-road lamps as well. 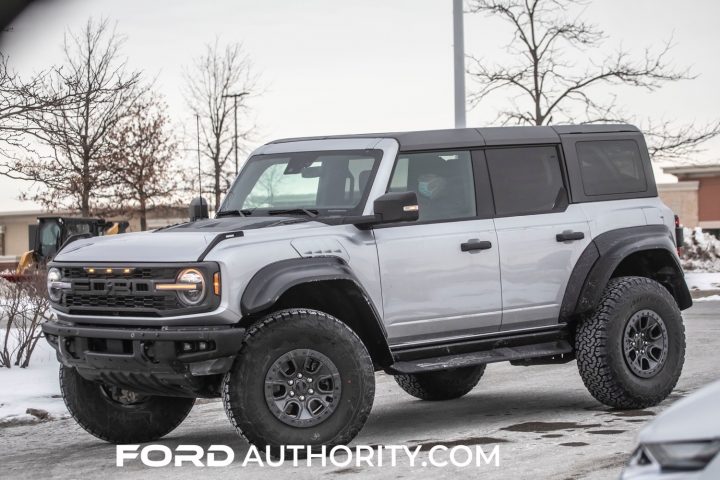 Unsurprisingly, the public is lusting after the 2022 Ford Bronco Raptor, a demographic that includes Dwayne “The Rock” Johnson. But the first individuals that will get a crack at owning one are current 2021 Ford Bronco reservation holders, who get priority based on the date they first reserved their Bronco. The automaker expects the Raptor to arrive at dealers this summer, and it is heading to the Middle East this year as well. 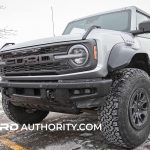 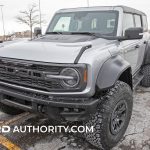 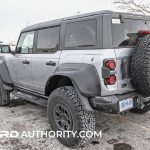 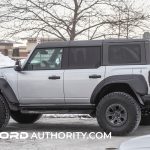 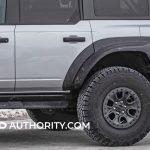 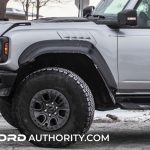 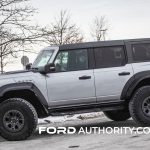 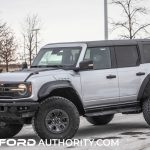 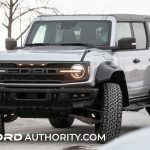