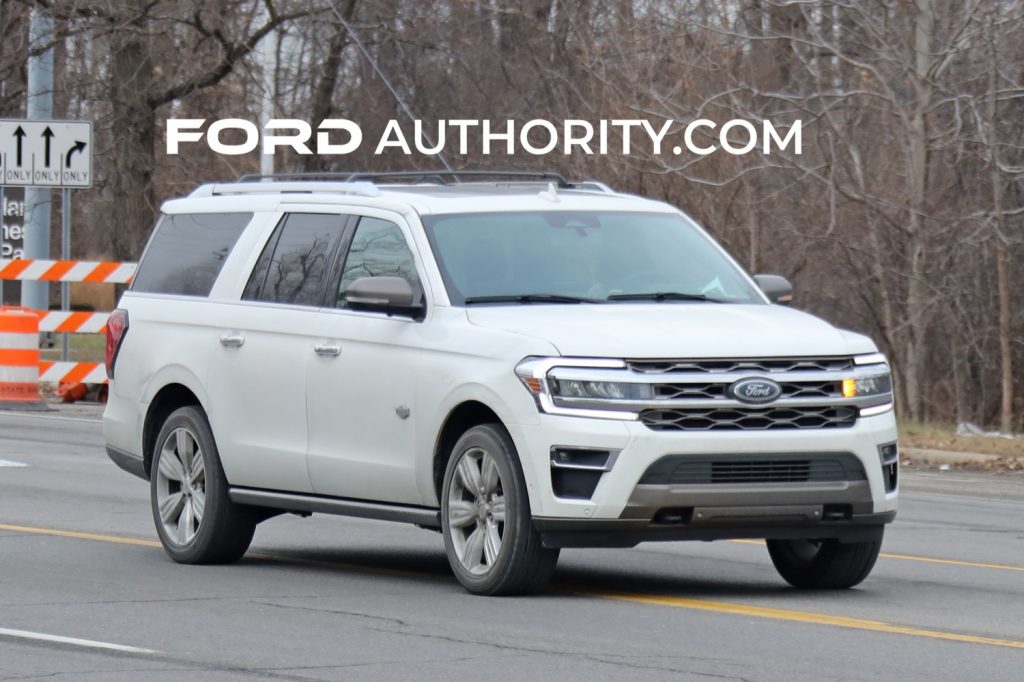 Ford Authority spies have spotted a number of 2022 Ford Expedition prototypes out driving around prior to and after the refreshed SUV’s reveal late last year, including an XL Max, an XLT Texas Edition, an XLT Max, and most recently, a Platinum Max. Now, those same spies have captured a 2022 Ford Expedition King Ranch Max testing for the first time, giving us another real-world look at a different trim level of the refreshed full-size SUV. 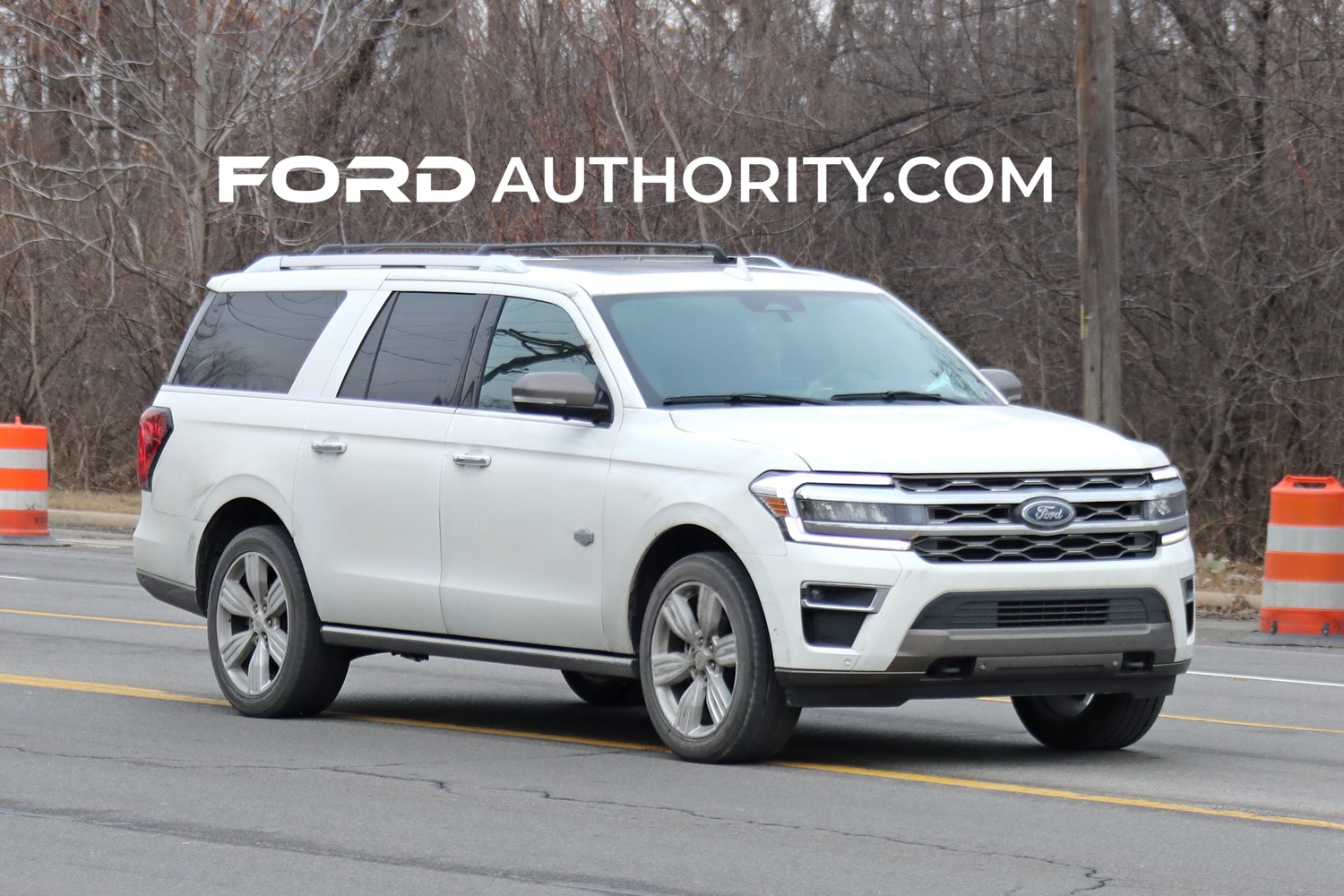 Up front, this 2022 Ford Expedition King Ranch features a twin-spar grille with chrome chicklets and Stone-Gray painted grill mesh, along with a body-color upper bumper and a Stone Gray-painted lower bumper that adds a bit of contrast. Underneath, a skid plate helps protect the drivetrain in the large SUV. 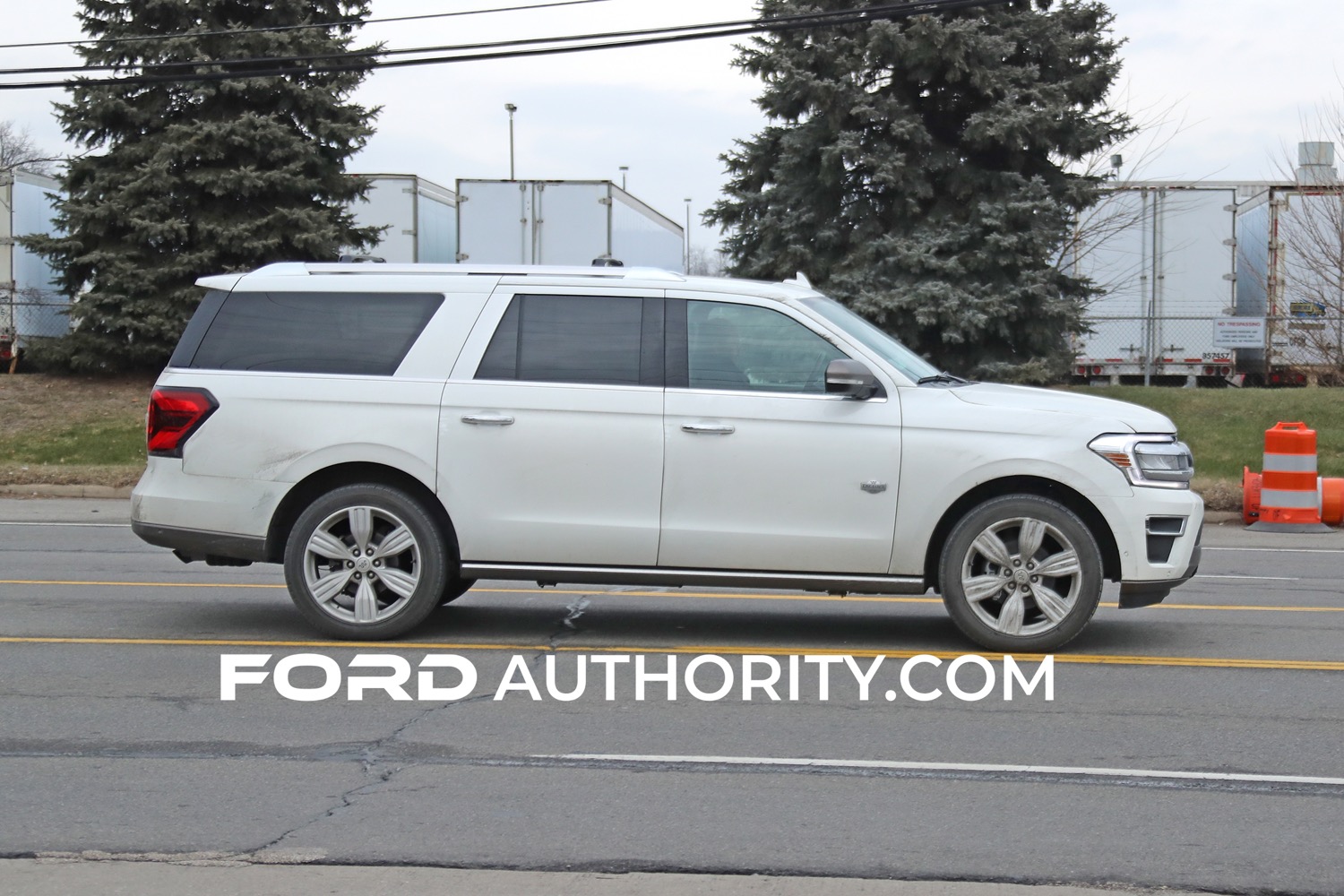 Moving down the side, a front door-mounted King Ranch badge touts the luxurious trim level, while power-deployable running boards aid ingress and egress. The Expedition King Ranch rolls on a set of 22-inch six-spoke polished aluminum wheels, and features Stone Gray-painted side mirror caps. Up top, a set of chrome roof rack side rails with chrome caps are ready to carry extra cargo when called upon. 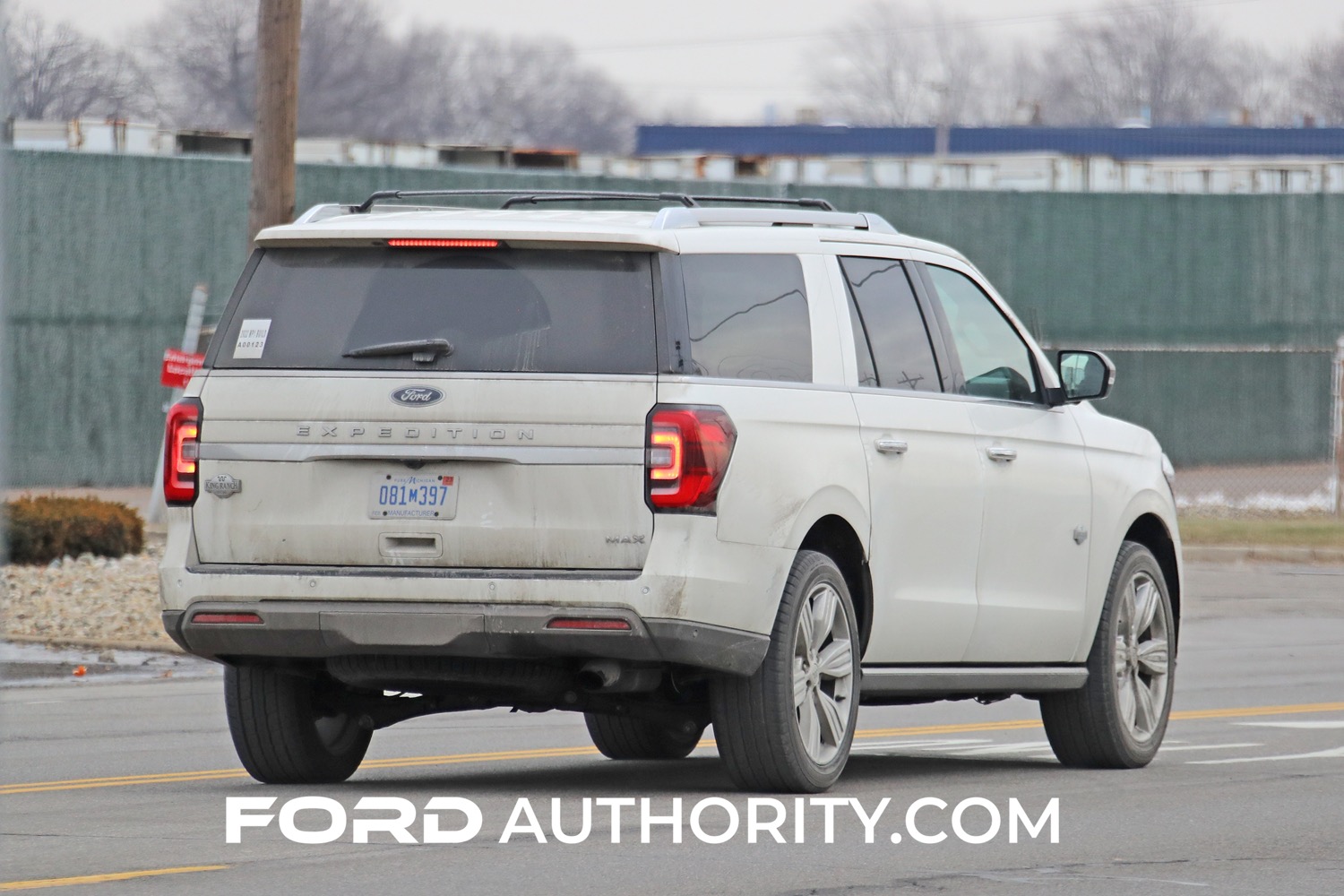 The rear of this Expedition features another King Ranch badge on the tailgate, along with a body-color upper bumper and Stone Gray-painted lower portion, as well as a trailer hitch cover. 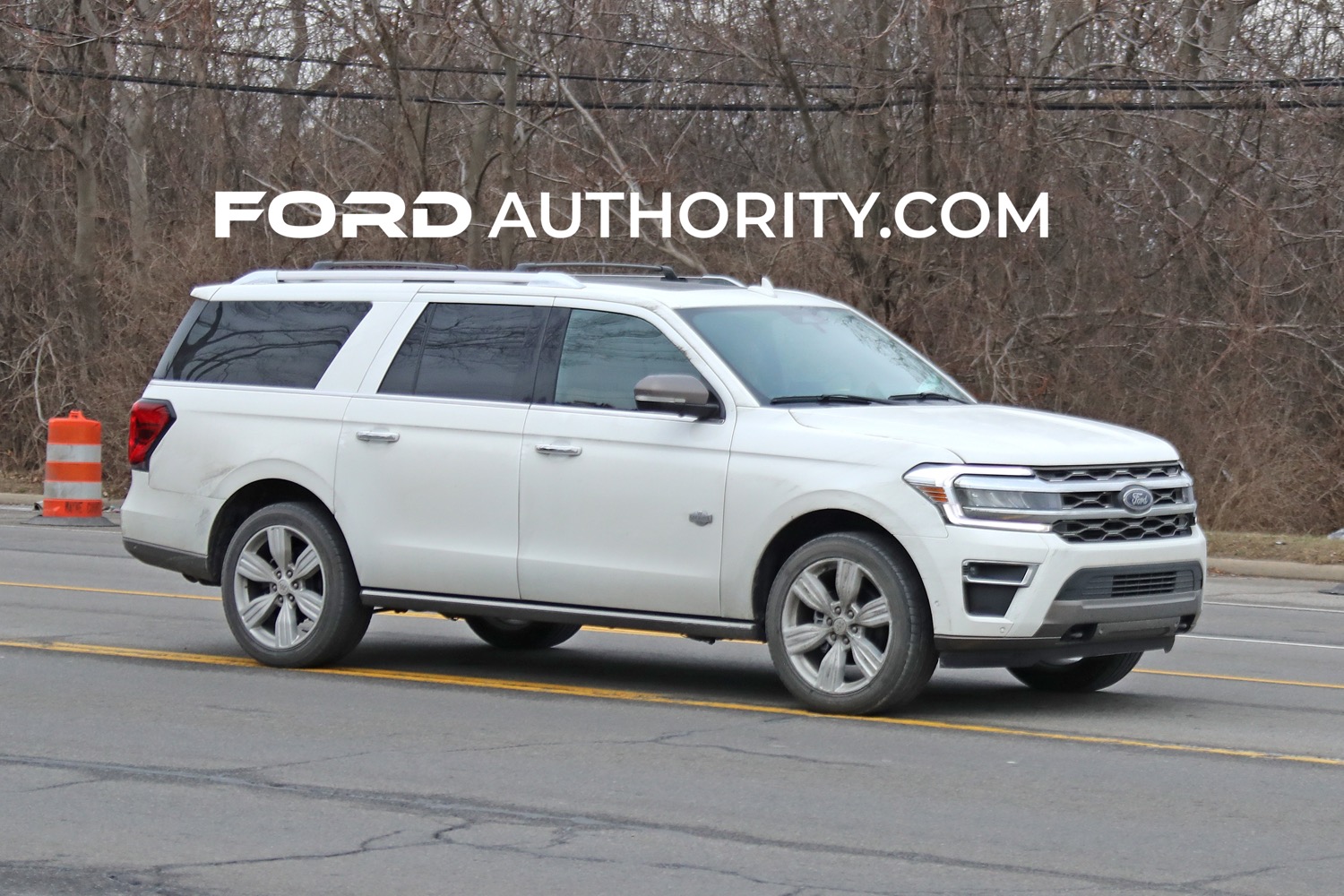 The 2022 Ford Expedition Platinum Max represents the longer-wheelbase version of the full-size SUV, which is receiving a mid-cycle refresh ahead of a more comprehensive redesign coming in 2024. For 2022, the Expedition gains a brand new, off-road-focused Timberline edition – which starts at around $67,000 – as well as the also-new Expedition Stealth Edition Performance Package, which comes equipped with black ovals. 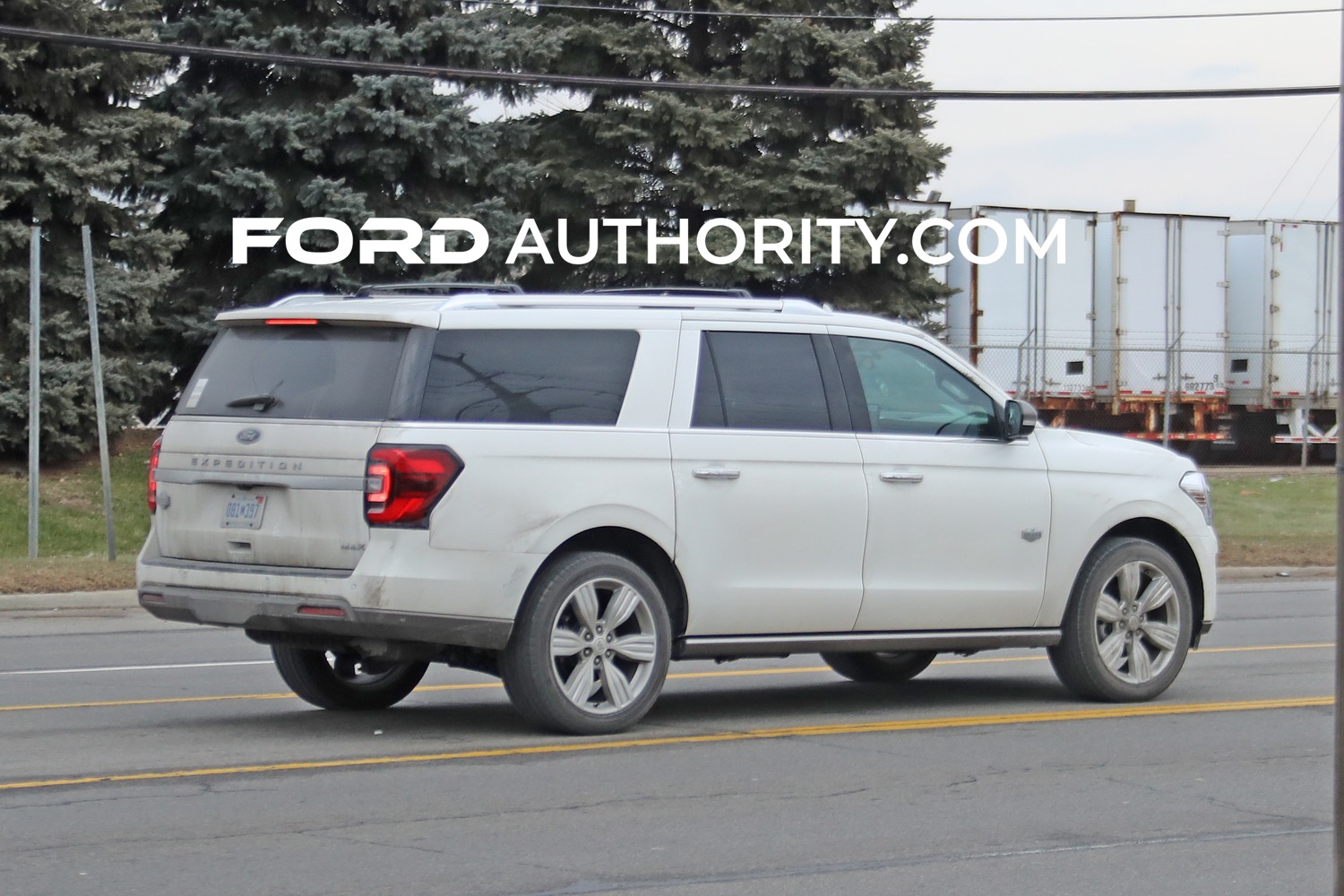 The 2022 Expedition has received a few notable accolades thus far, including Kelley Blue Book’s Best Full-Size SUV award and being named as a better choice in its segment than the Nissan Armada by Consumer Reports. Meanwhile, the Expedition’s Ford T3 Platform mate – the 2022 Lincoln Navigator – has also received a refresh and features similar updates for both the exterior and interior. 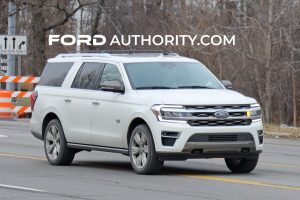 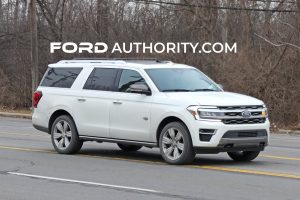 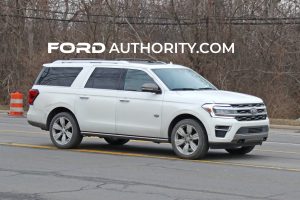 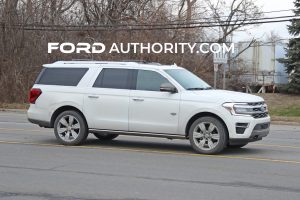 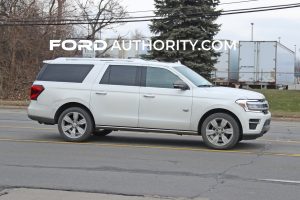 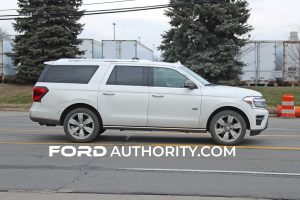 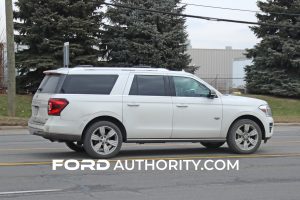 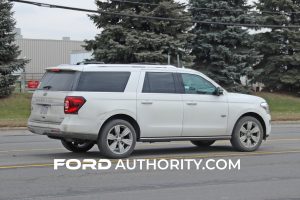 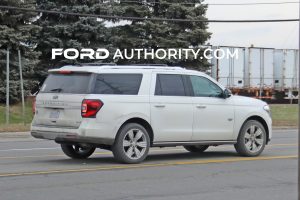 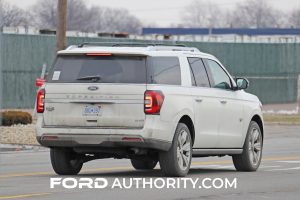