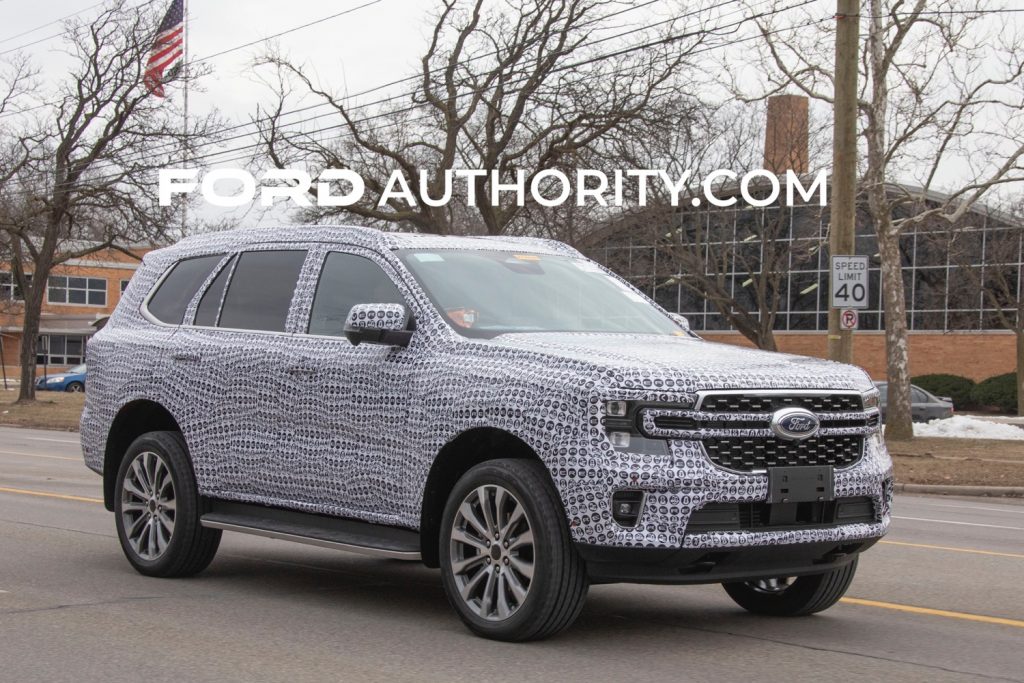 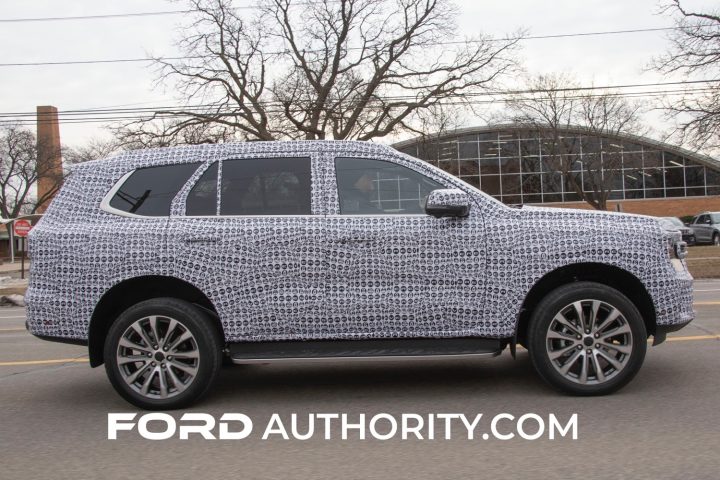 As was the case with a Ford Ranger Raptor prototype spied just yesterday, this 2023 Ford Everest prototype is wearing camo that spells out “Everest,” making it quite clear what we’re looking at. The SUV features styling that’s nearly identical to that of the next-generation Ranger, with a front-end design that takes inspiration from the Ford F-150 and Ford Maverick. 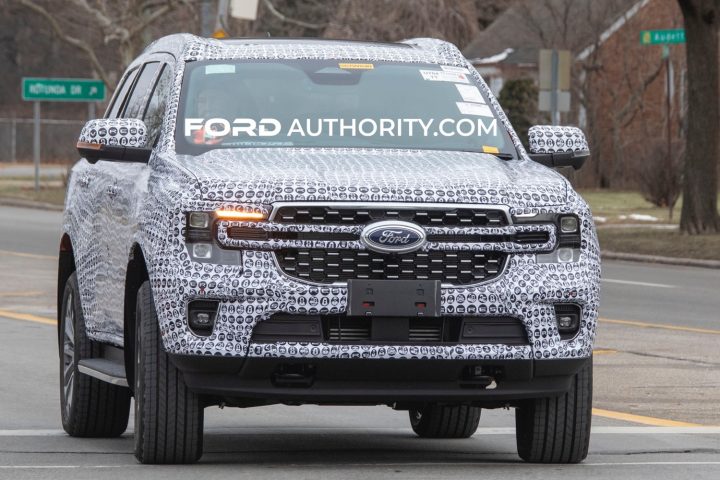 Those elements include reverse C-shaped headlights framing a twin-bar grille that’s surrounded by an oval-shaped opening with three-dimensional staggered “lines” inside of it. A smaller secondary grille resides beneath that and is flanked by a pair of fog lights. Two tow hooks protrude from the bottom of the front end, too. 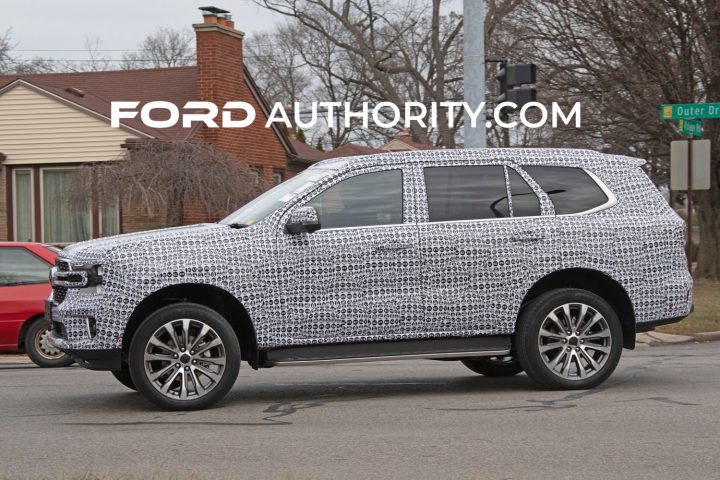 Moving down the side, we can see lights present on the bottom portion of the side mirrors – a feature also noted on yesterday’s Ranger Raptor prototype – as well as fixed running boards that aid ingress and egress. 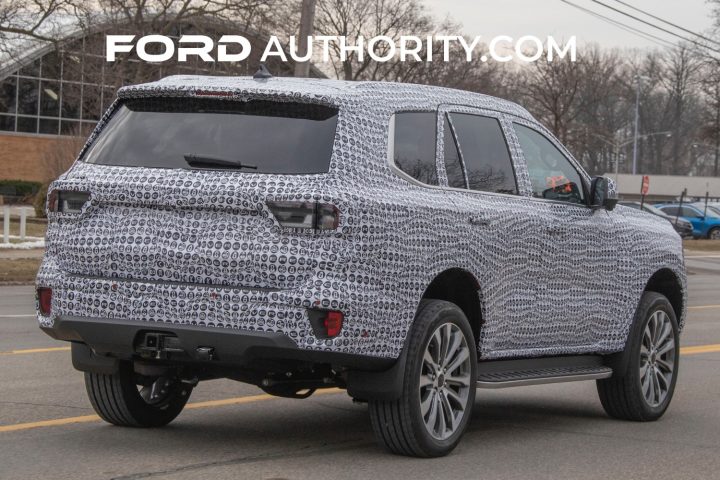 Out back, this high-riding SUV features clear lenses on its taillights, as well as a trailer hitch and mud flaps. On the inside, the next-gen Everest will feature a large infotainment screen, as Ford Authority previously reported. 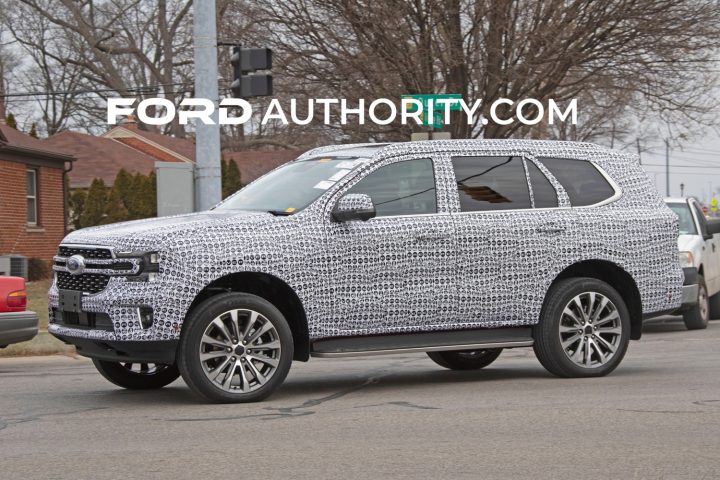 The Ford Everest, also known as the Endeavor in the Indian market, is a mid-size, body-on-frame SUV that’s been in production since 2003 and was mainly developed for Asian markets, though it’s also sold in a number of other places including the Middle East, Australia, and Central America. The first-generation model remained in production until the 2015 model year when the second-gen Everest launched. It last received a facelift for the 2018 model year. 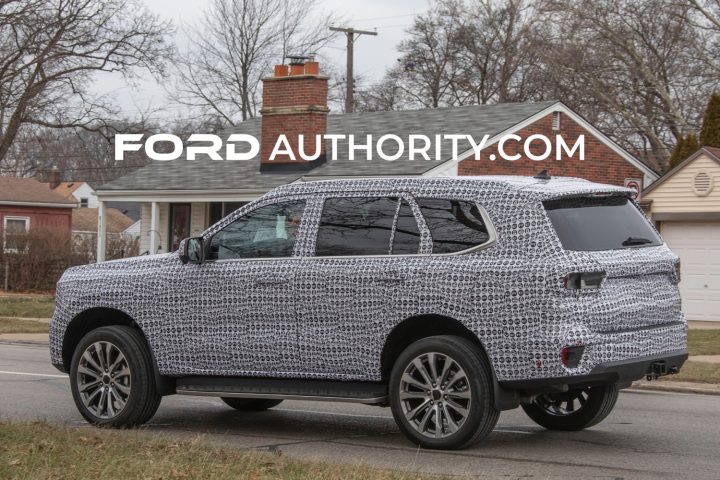 The current Everest is known for its off-road capability and up to seven-seat configuration. It’s unclear if Ford plans on bringing the next-gen Everest to North America, but the SUV is a practical, conventional-looking off-roader, so perhaps there is room for it in FoMoCo’s growing SUV and crossover lineup. Regardless, the next-gen, 2023 Ford Everest will be produced alongside the Ranger for international markets at the Ford Thailand Manufacturing and the joint-venture AutoAlliance Thailand following a $900 million dollar investment.

We’ll have more on the next-gen Everest soon, so be sure and subscribe to Ford Authority for more Ford Everest news and non-stop Ford news coverage. 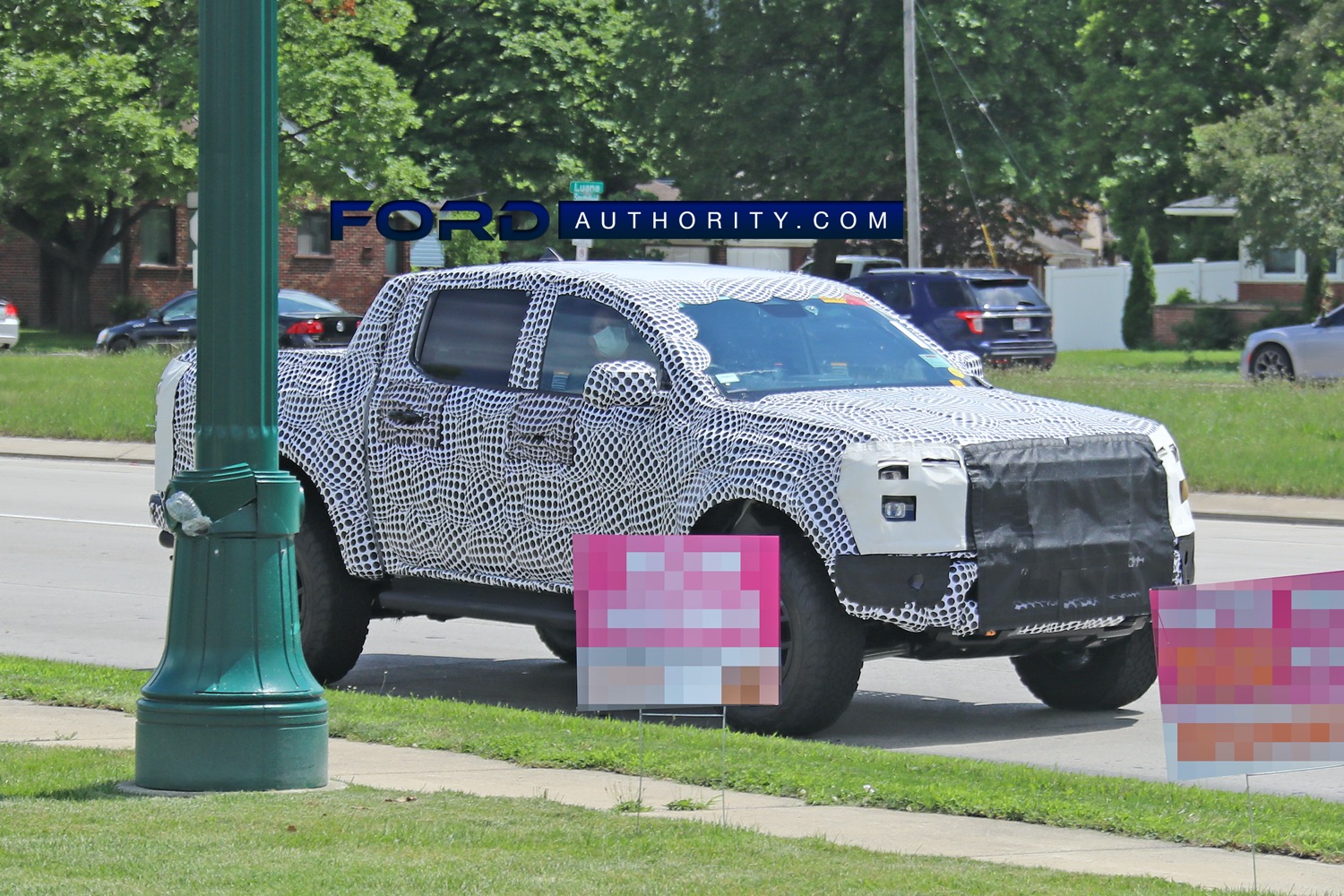