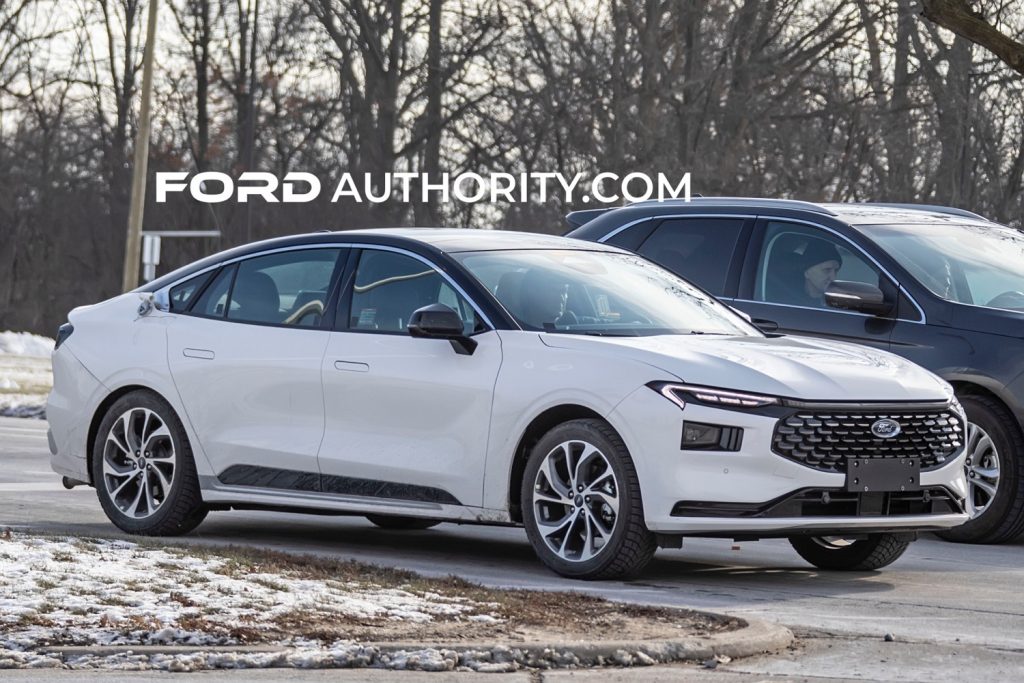 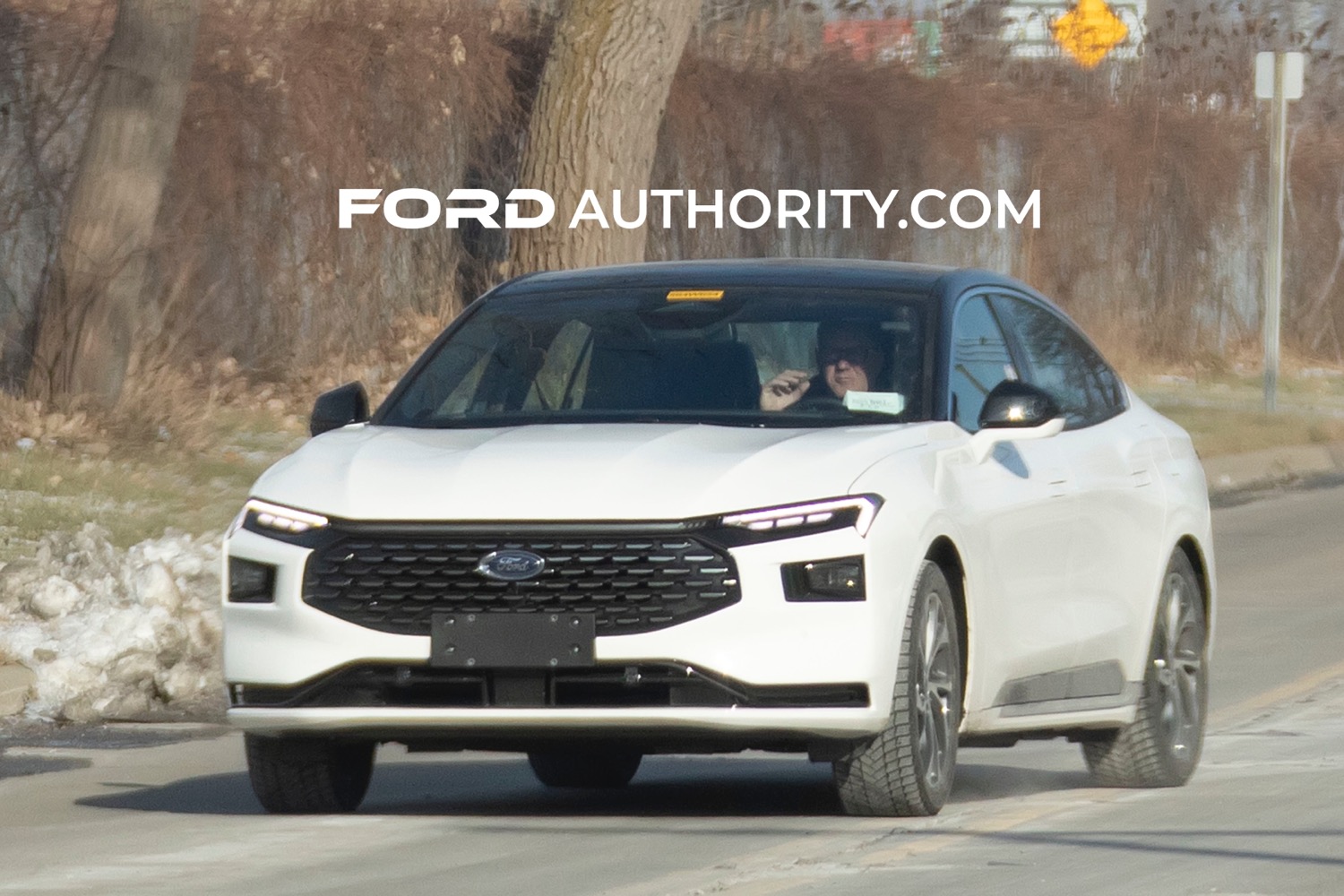 This is the very first time the next-gen Fusion / Mondeo has been caught completely undisguised on U.S. roads, and as expected, it sports Evos-inspired styling, like the Mondeo that leaked previously in China. The current-generation Mondeo and discontinued Fusion were/are essentially the same vehicle that were sold in different markets. 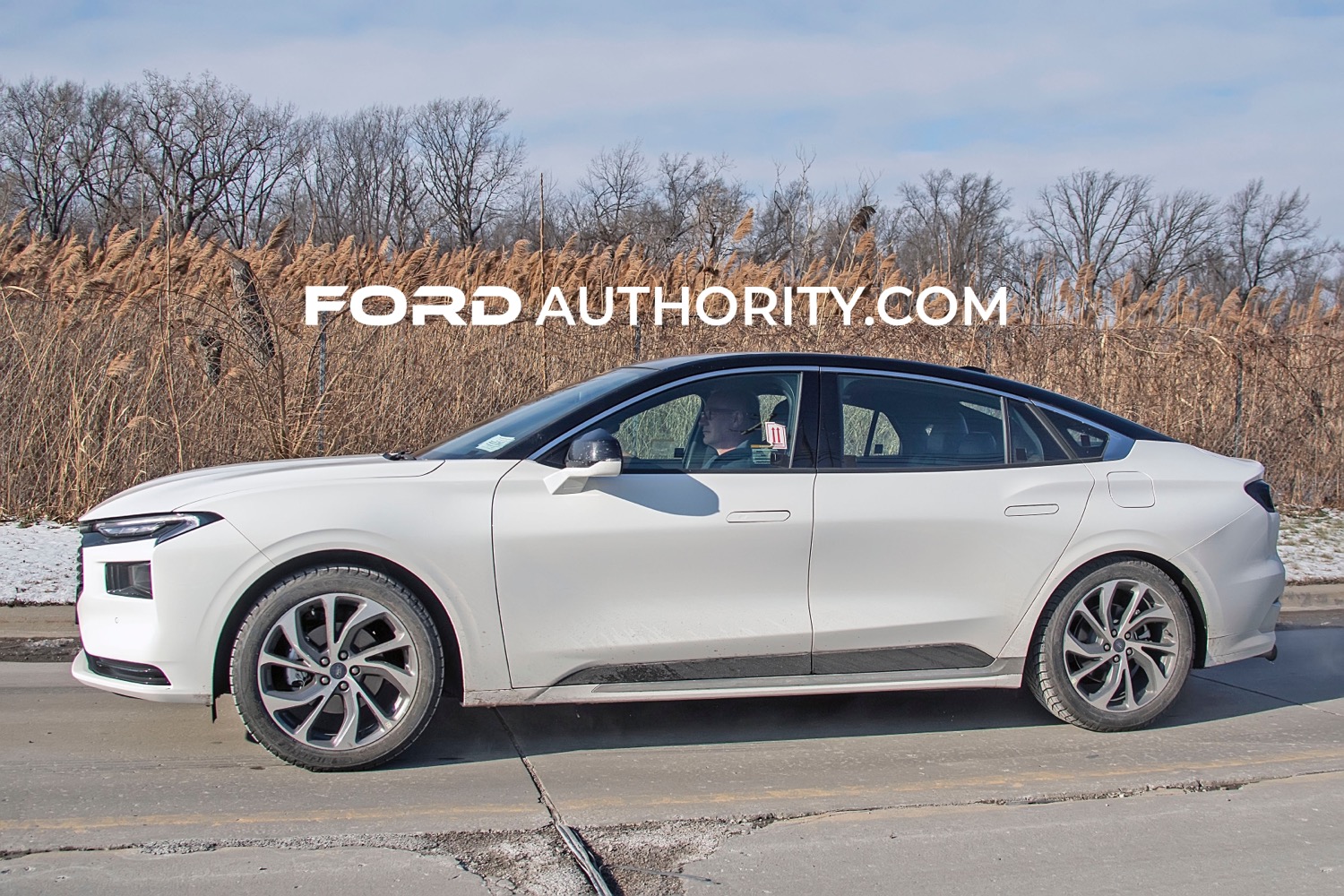 The Fusion / Mondeo will be returning as both a sedan and crossover-like wagon/hatchback, and will utilize the Mondeo nameplate in China, where the current-gen sedan was recently treated to some new tech features. The new Fusion / Mondeo features a number of styling tweaks, particularly at the front and rear of the sedan, a variety of new wheel options, and as seen here, a black roof treatment, which is present on some trims. 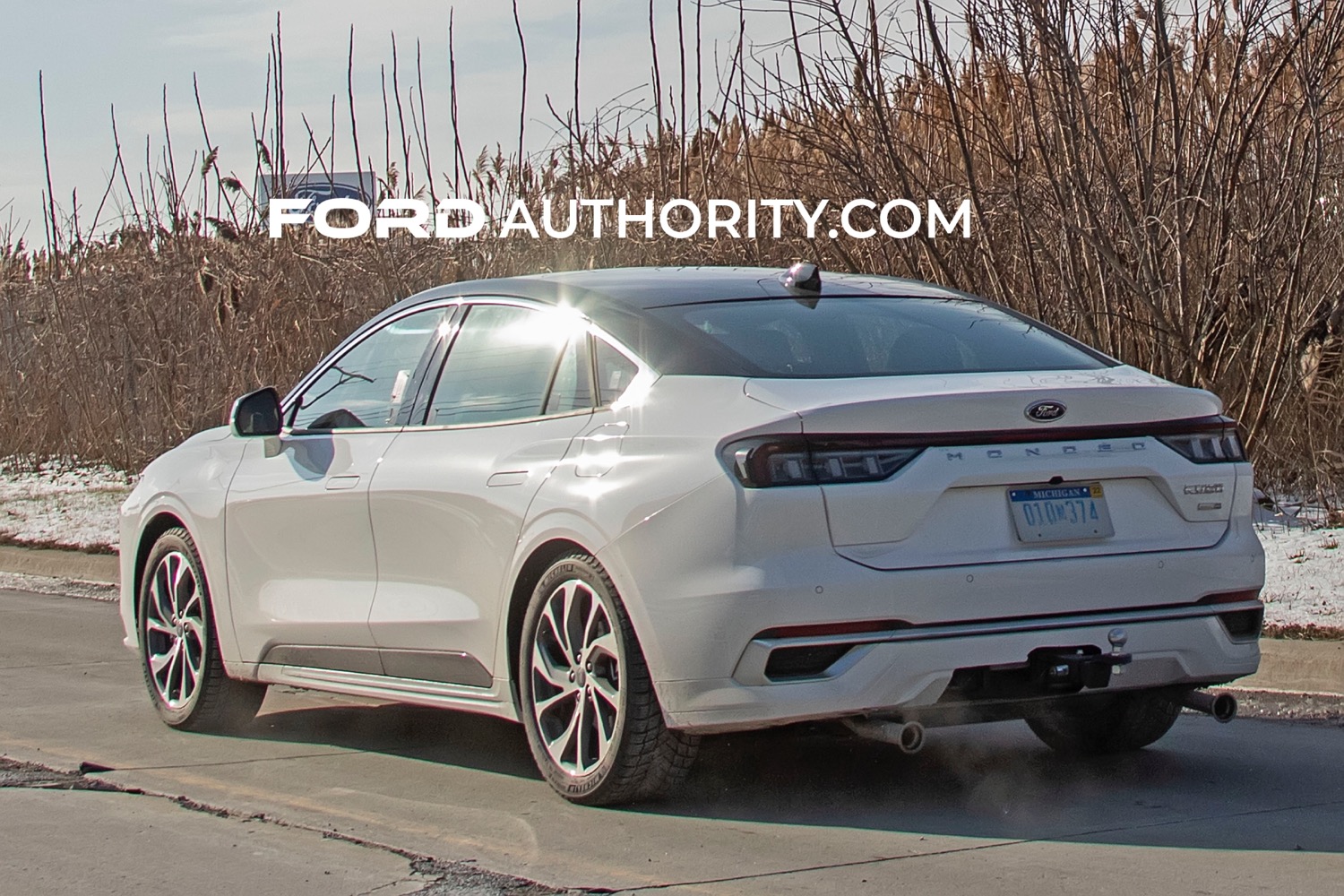 As Ford Authority previously reported, the next-gen Fusion / Mondeo is powered by a Ford 2.0L gas engine that produces 235 horsepower. At 194.2 inches long, the 2023 Mondeo is 2.6 inches longer than the current model. 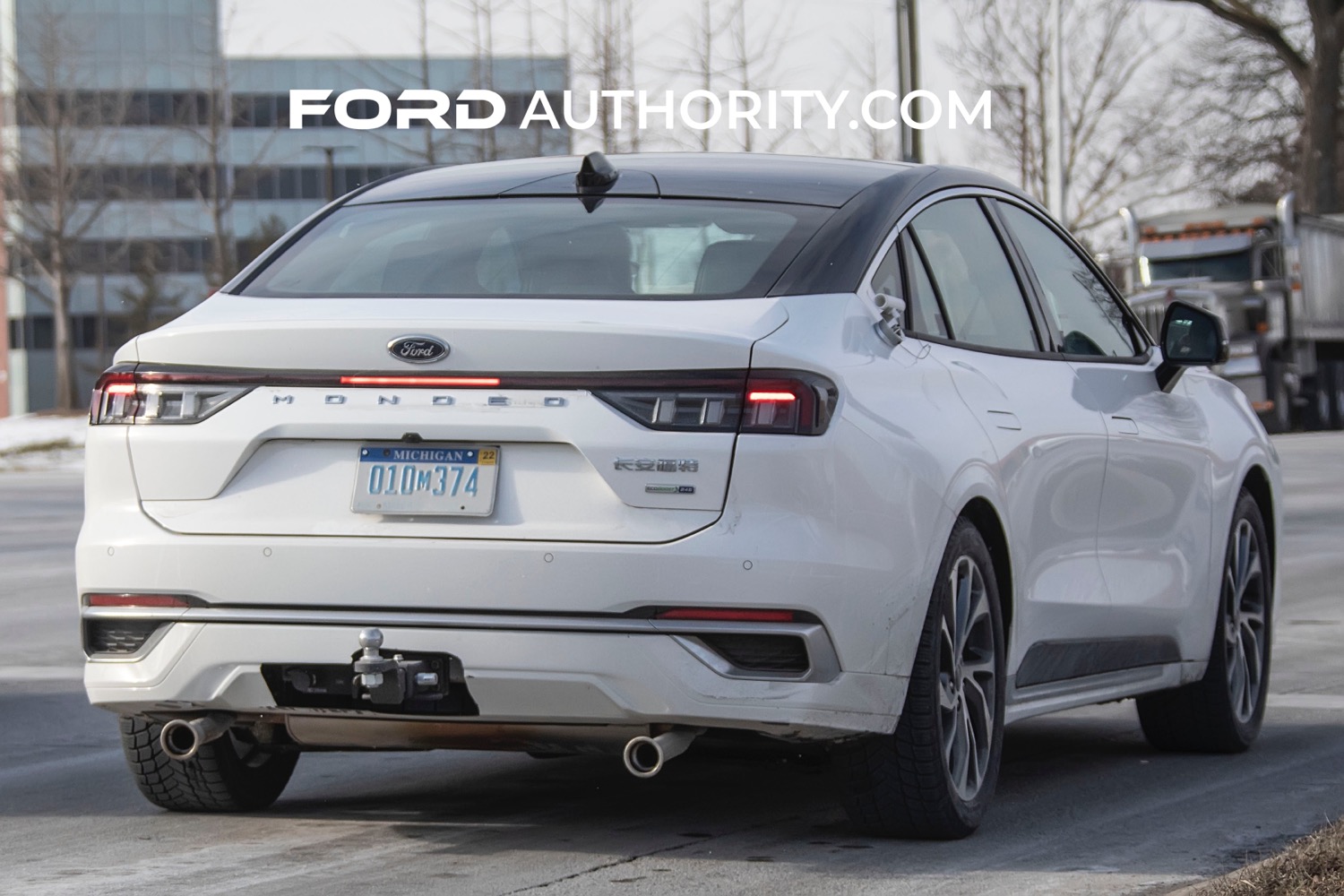 As Ford Authority previously reported, the 2023 Ford Fusion / Mondeo interior will also borrow heavily from the Evos’ interior in terms of its overall aesthetic and technology as well. At the moment, the next-generation Fusion / Mondeo sedan is being earmarked for China, just like the Evos and the Zephyr, and it’s unclear if it will be available in other markets. However, Europe and North America may get the more rugged Active variant.

We’ll have more on the 2023 Fusion / Mondeo soon, so be sure and subscribe to Ford Authority for more Fusion/Mondeo news and non-stop Ford news coverage.