Ford Authority spies captured a 2023 Ford Super Duty regular cab dually prototype out testing for the very first time back in October, followed by a SuperCrew dually and a SuperCab with a standard bed just a few days later, as well as an F-350 Chassis Cab prototype. Ford Authority spies then captured the 2023 Super Duty’s interior on film for the very first time, showing off a design that’s very similar to the 2021 Ford F-150. Now, we have far better, up-close photos of the interior from a 2023 Ford Super Duty XL prototype to share. These photos show off the next-generation Super Duty’s steering wheel in its entirety, which has a design that’s nearly identical to the one present in the newest F-150. The gauge cluster is also new, but in this case, features analog gauges on the sides with a digital screen in the middle and is not a fully digital cluster, which isn’t a surprise given the fact that this is a base XL trimmed model. There’s a column shifter present on the steering column as well, but perhaps the most interesting thing about this 2023 Ford Super Duty XL prototype is its infotainment screen. 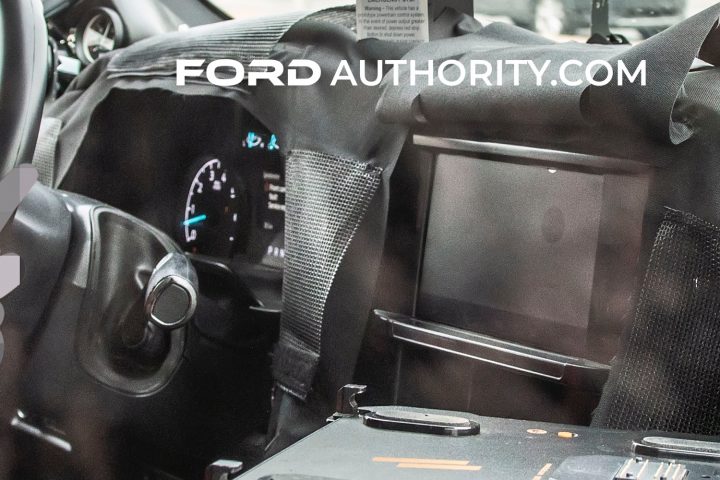 The screen present in this Super Duty prototype looks similar to the optional 8-inch Sync 3 unit present in the current-gen XL trim pickup, but the way that it’s integrated into the dash is different, with a redesigned center stack visible underneath a partial covering. Currently, Sync 3 with the larger 8-inch screen is a $450 option on XL-trimmed Super Duty pickups, but that also requires purchasing the Power Equipment Group, which is a $915 option. 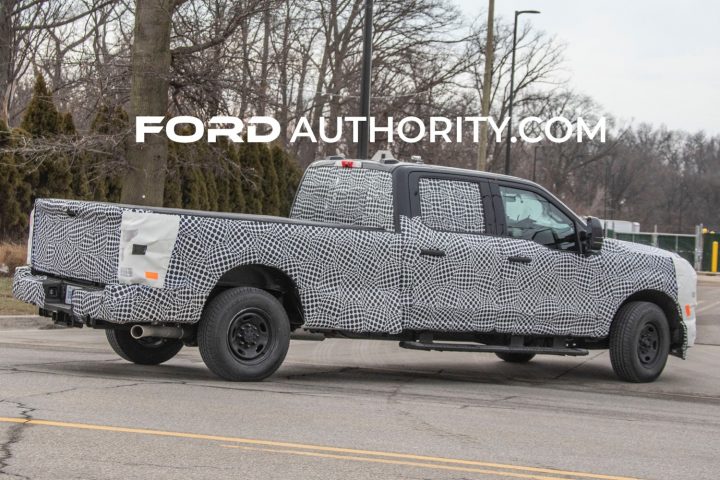 It’s worth noting that the 2021-2022 Ford F-150 comes with a standard 8-inch Sync 4 touchscreen, so it stands to reason that the next-generation Super Duty will follow suit. After all, the 2022 Super Duty just received a host of updates, including an all-new, landscape-oriented 12-inch center touch screen, similar to what’s found in the 2021 F-150, which comes standard with SYNC 4 on Lariat and above models. 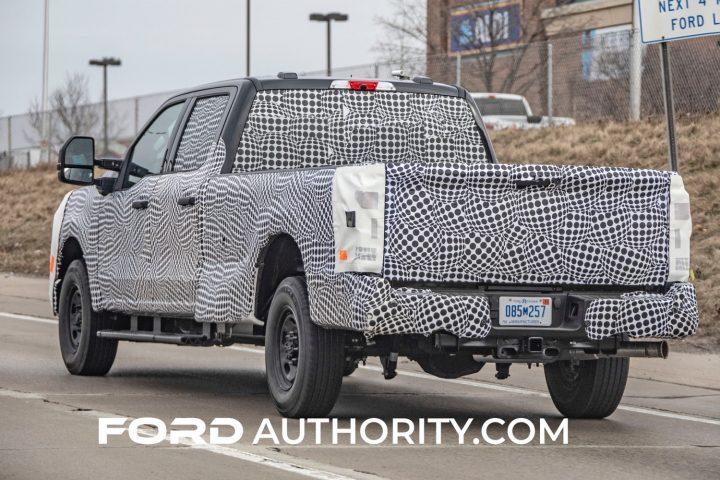