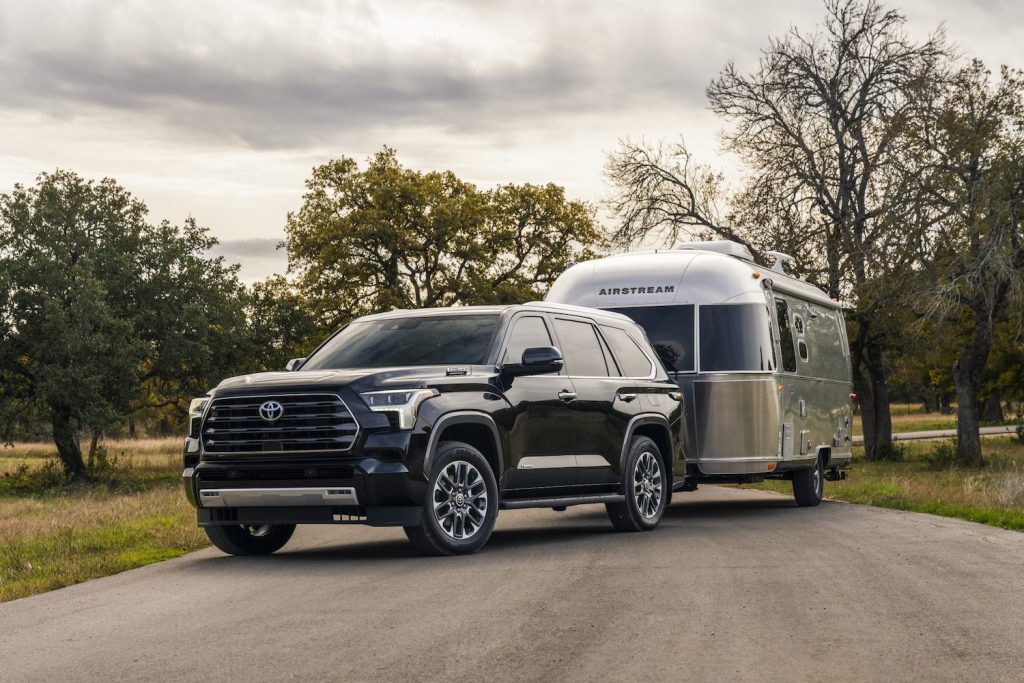 Just yesterday, the all-new 2023 Toyota Sequoia leaked out ahead of its reveal, giving us our very first look at the next-generation Ford Expedition rival. Now, the new Sequoia has been officially revealed, and we have all the details pertaining to this full-size SUV which, as expected, shares quite a lot in common with the recently unveiled 2022 Toyota Tundra, Lexus LX 600, and Toyota Land Cruiser. 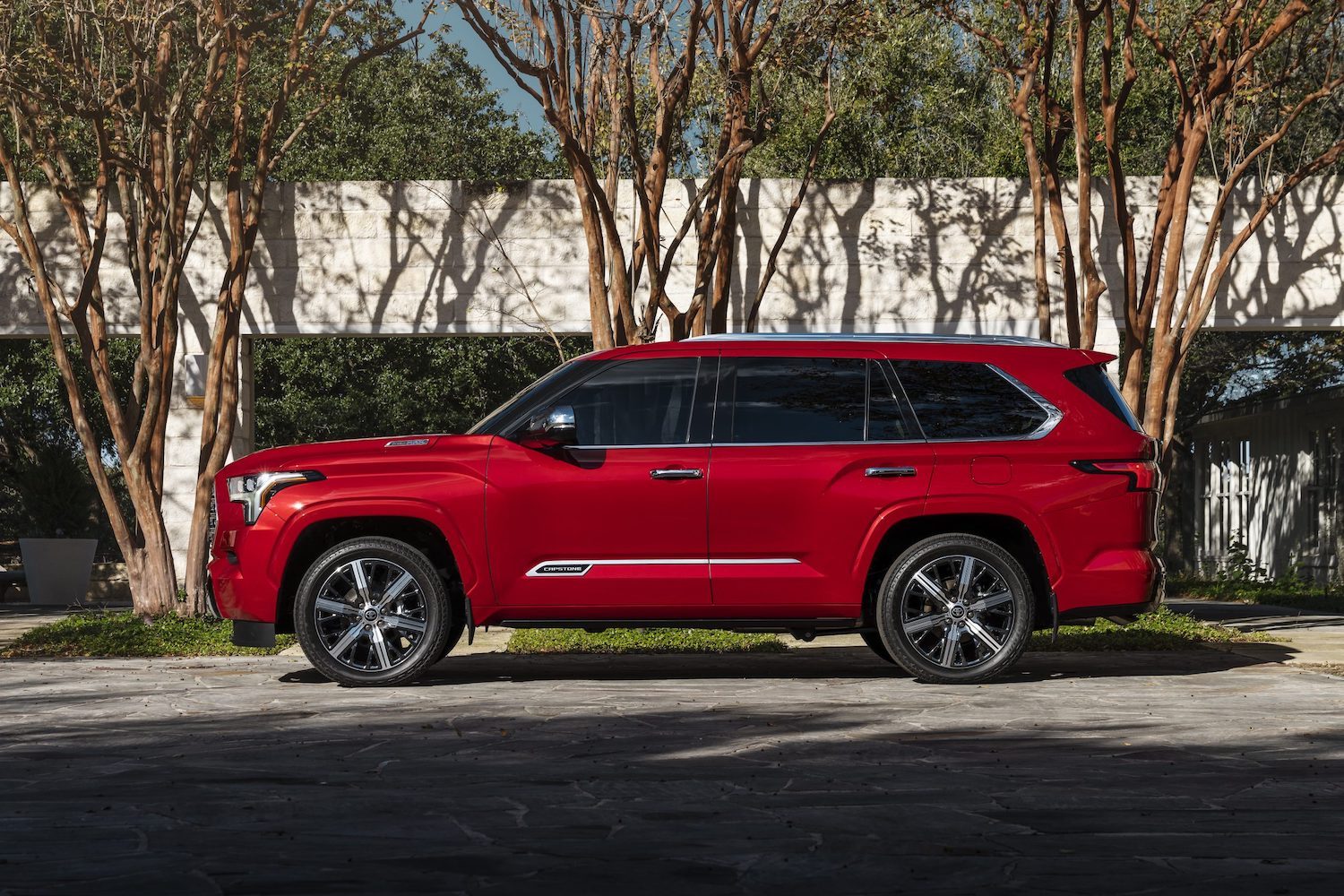 As is the case with those three vehicles, the 2023 Toyota Sequoia rides on the automaker’s new TNGA-F platform, but unlike its predecessor, it utilizes a solid rear axle in place of an independent rear suspension. The body-on-frame SUV does feature an independent front suspension, along with a multi-link rear setup, while a Load-Leveling Rear Height Control Air Suspension and Adaptive Variable Suspension are both available. 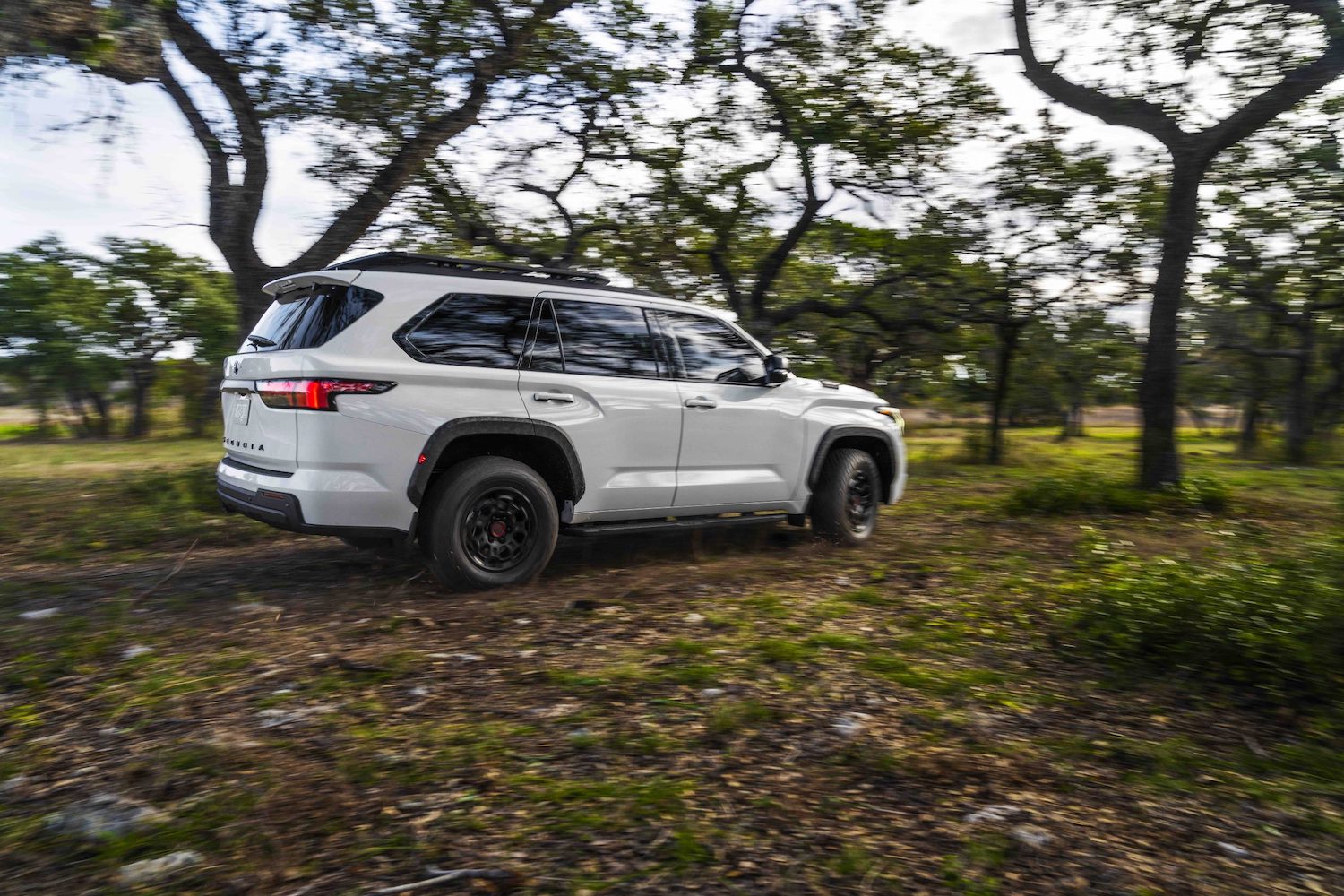 Unlike its brethren, however, Toyota didn’t bother to offer the Tundra’s base twin-turbo 3.4L V6 in the 2023 Sequoia. Instead, the SUV comes standard with the automaker’s brand new i-Force Max hybrid powertrain, which is rated to produce 437 horsepower and 583 pound-feet of torque and is mated to a 10-speed automatic transmission. Despite these big numbers the Sequoia is rated to tow 9,000 pounds, which is a bit less than the Expedition. 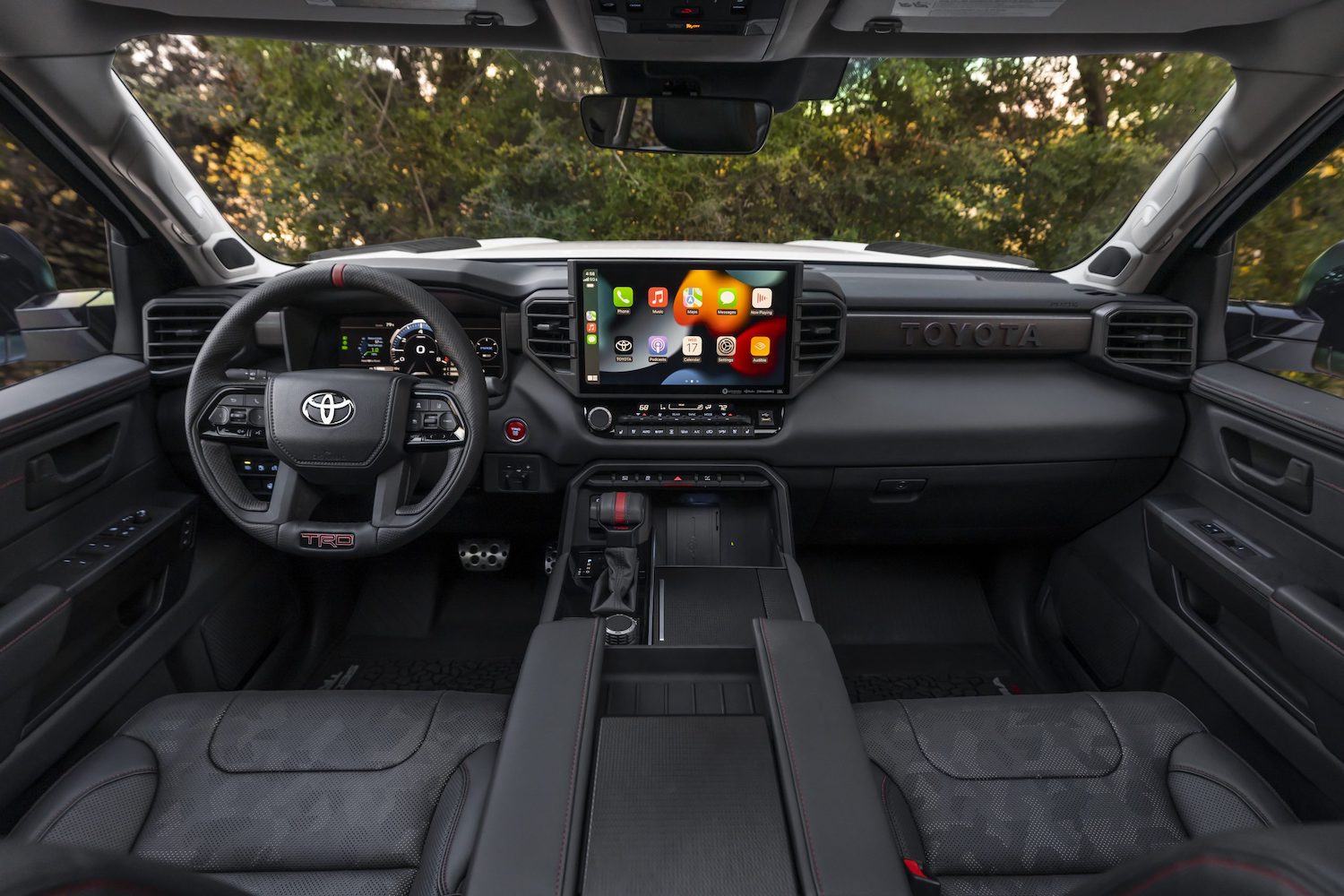 On the outside, the 2023 Toyota Sequoia mimics the 2022 Tundra’s styling in SUV form, though its grille is slightly smaller. The new Sequoia is available in base SR5 trim and or a more upscale Limited trim, both of which are available with either the TRD Sport or TRD Off-Road Packages, as well as the more posh Platinum, the more hardcore and capable TRD Pro, and the range-topping Capstone. TRD Pro models get a host of upgrades including TRD-tuned Fox internal bypass shocks, a front skid plate, and a locking rear differential. 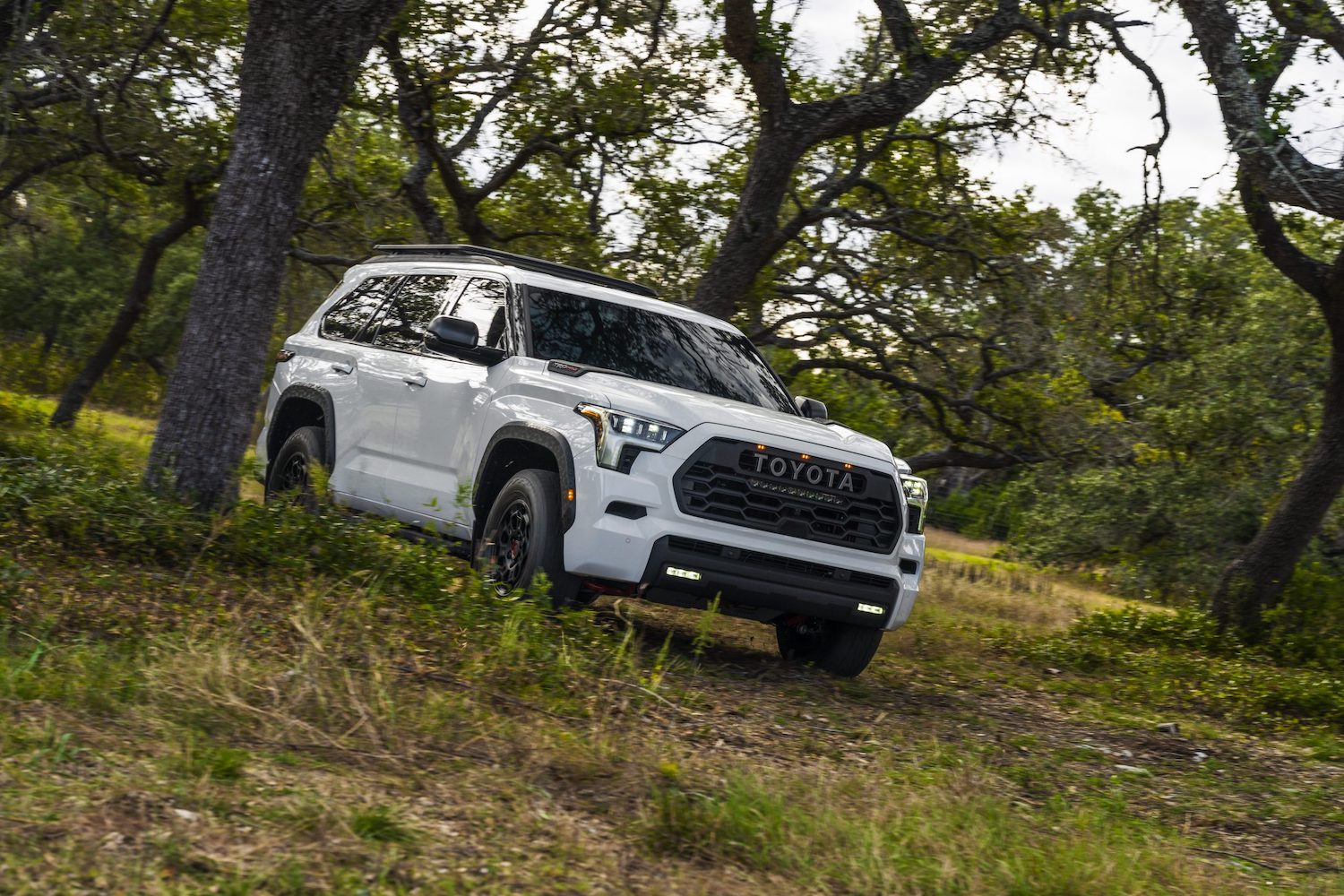 On the inside, the new Sequoia SR5 comes with a standard 8-inch infotainment screen, while the Tundra’s 14-inch unit is optional on that trim and standard on all other series. A 12.3-inch digital gauge cluster is standard equipment on all trims. 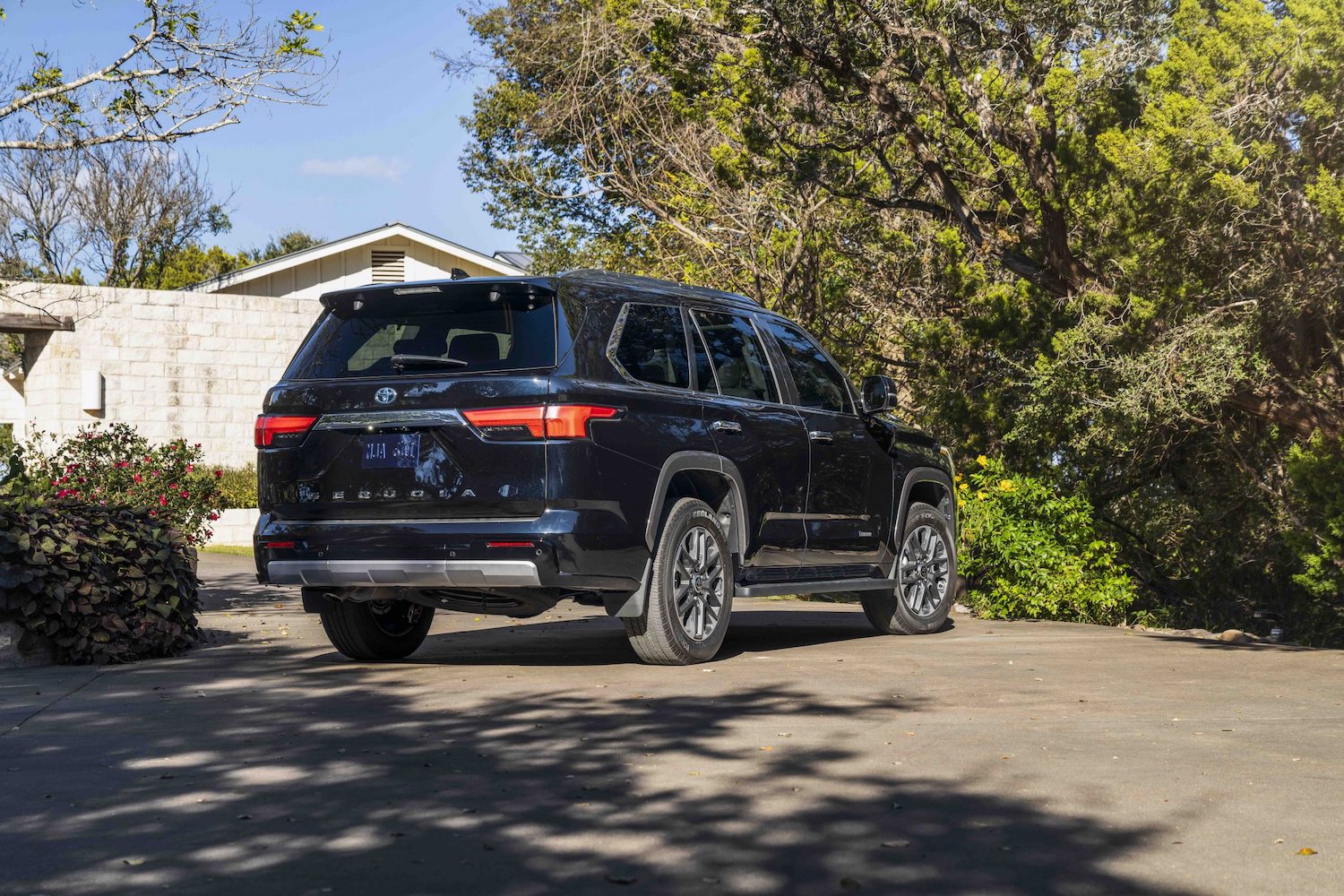 The 2023 Sequoia will be built alongside the Tundra at Toyota’s San Antonio, Texas plant and is expected to launch this summer, right on the heels of the refreshed 2022 Ford Expedition – which was revealed this past September and entered production at the Ford Kentucky Truck Plant last week alongside its Ford T3 Platform mate, 2022 Lincoln Navigator. Pricing has yet to be announced, but we expect the base SR5 to start out around $50,000, with the range-topping Capstone coming in at around $70,000.