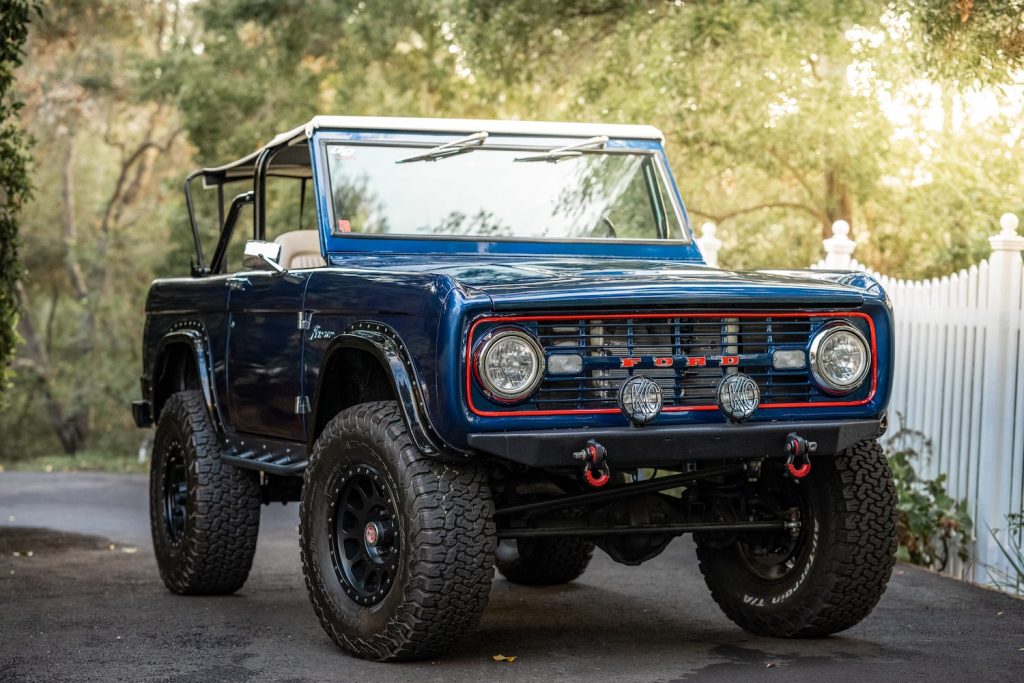 Like most Formula 1 drivers (and race car drivers in general), Jenson Button has excellent taste in cars, having previously owned a 2005 Ford GT that was sold at auction a few years ago. The 2009 F1 champ also owns this stellar-looking 1970 Ford Bronco that’s currently being auctioned off at Collecting Cars, and he has had quite a few tasteful modifications performed to the first-gen model that make it even cooler than it was originally. 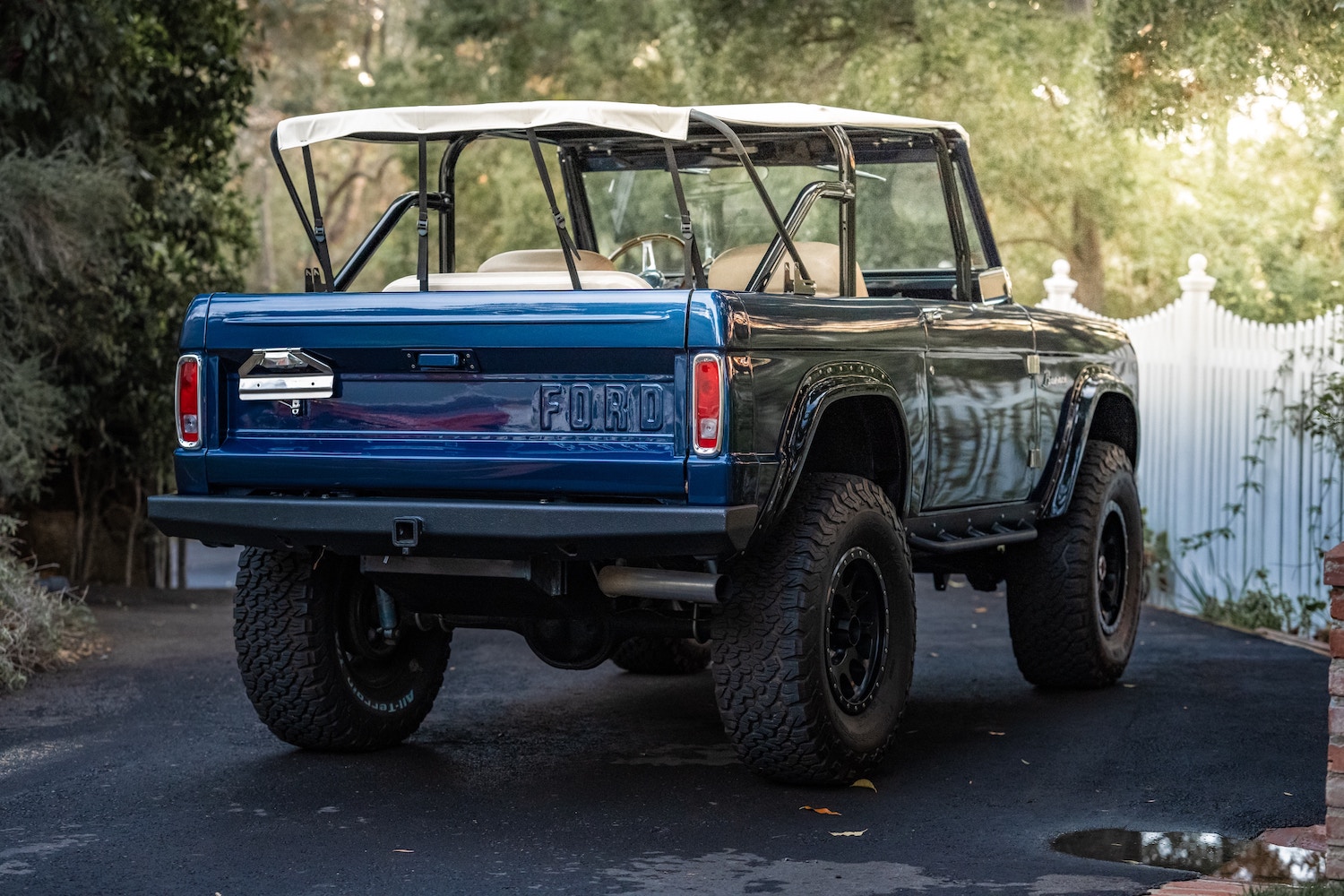 That starts on the outside, which has been finished in an attractive shade of dark blue, which is accented by gloss black fender flares. The side windows were deleted, while red grille accents, tow hooks, and “Ford” script were added for a bit of contrast. Newer headlights help illuminate the road ahead, while old school KC driving lights look great and are quite useful off-road. The finishing touch is a set of black 17-inch Method wheels, which are wrapped with 35-inch BFGoodrich tires. 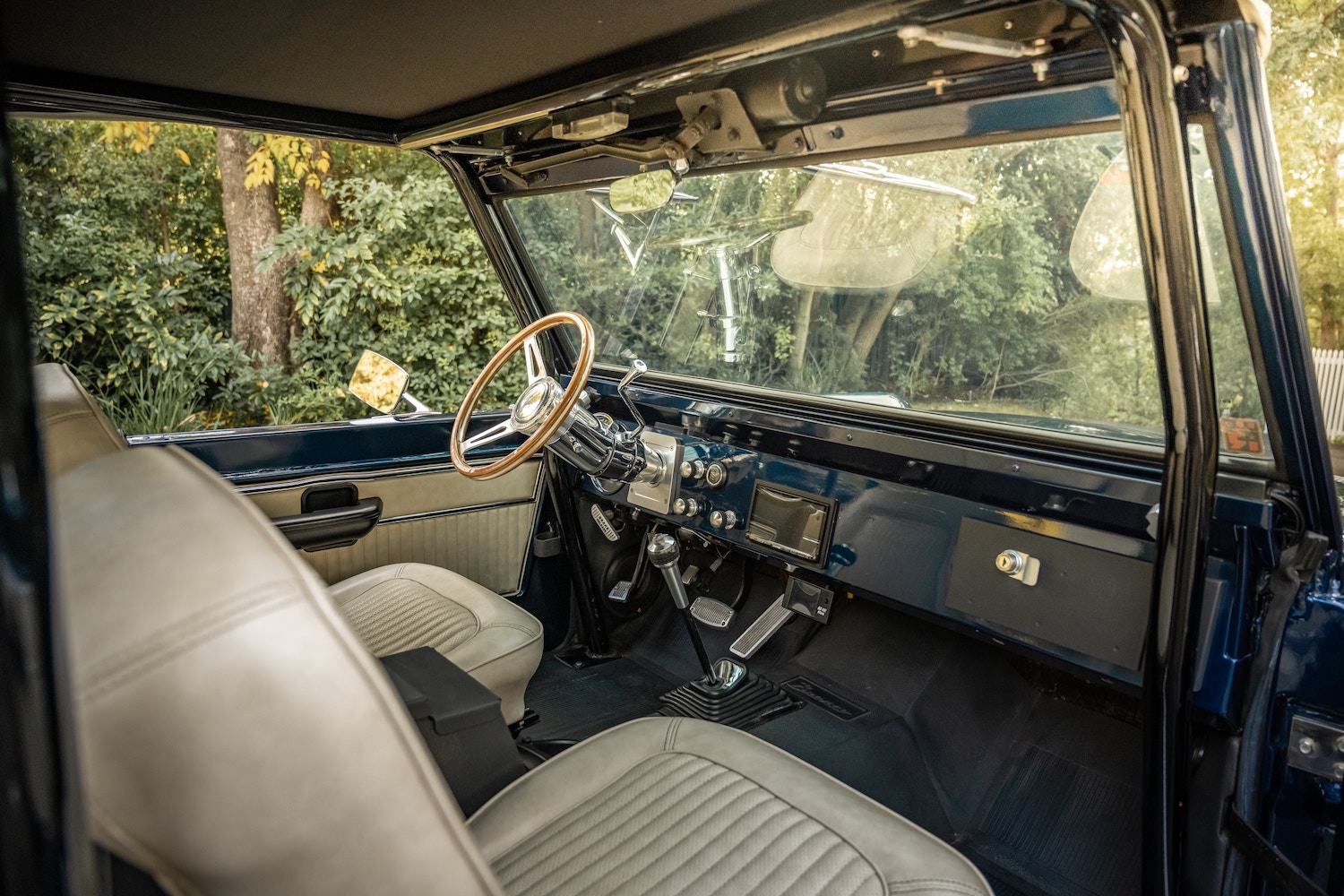 The interior looks rather comfy finished in cream leather with period-correct seats, a wood-rim steering wheel, Kenwood stereo, and a half roll cage that helps protect occupants. A brand new bimini soft top is perfect for warm weather cruising and also shields away the sun’s harmful rays. Underneath, a lift kit gives the 1970 Ford Bronco a beefier look, while Bilstein shock absorbers and WIlwood brakes provide big upgrades in those departments. 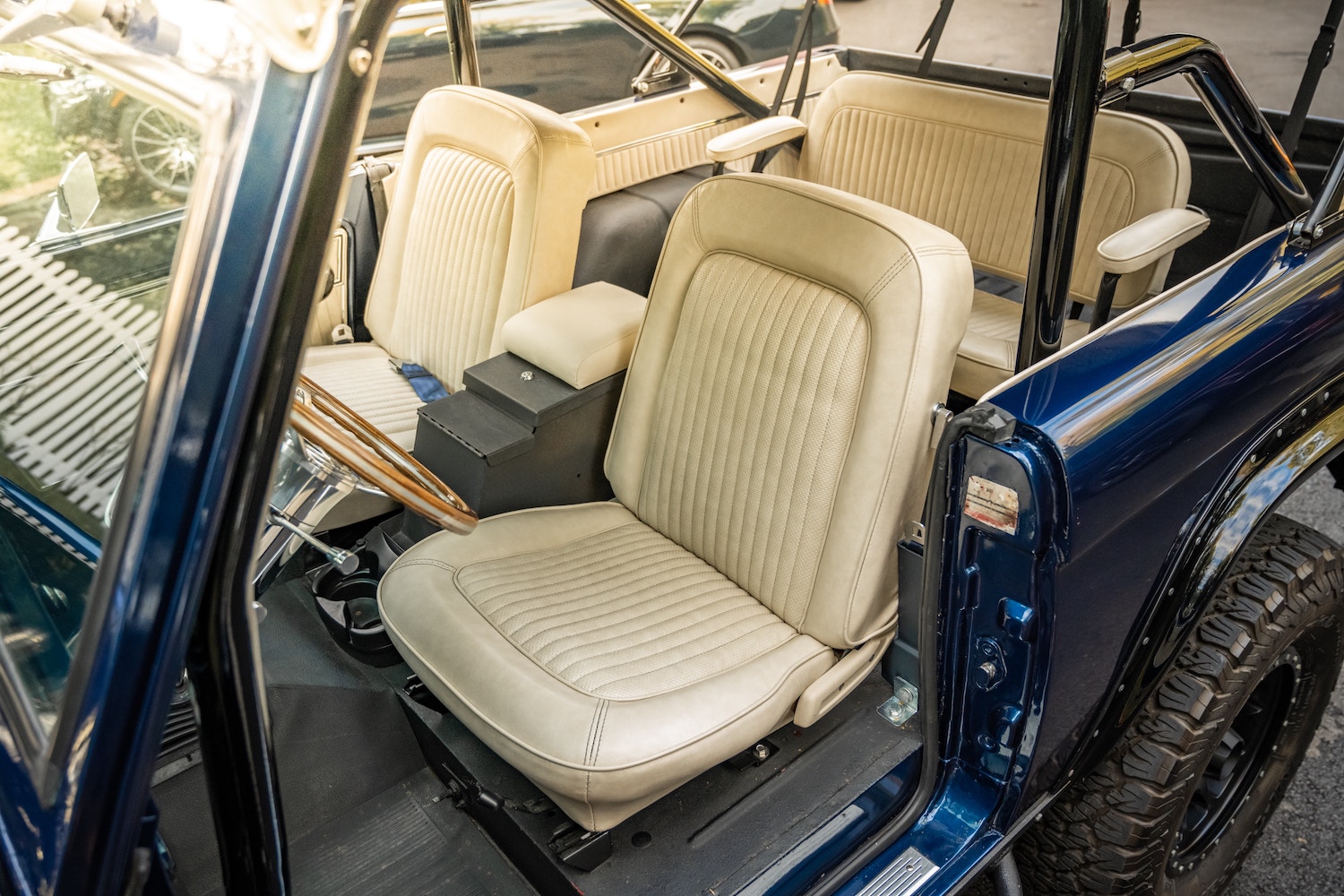 This vintage Bronco is powered by the old reliable Ford 302 V8, which has been treated to Fitech fuel injection, an MSD ignition, and push-button start, and is mated to an automatic transmission. This handsome first-gen Bronco is live now, with a high bid of $30k as of this writing with six days to go. We imagine that given the current state of early Bronco values, the collector car market, and the celebrity ownership of this particular model, it’ll go far higher than that before the hammer ultimately falls.