A number of new Blue Oval models qualify as hot sellers, including the 2022 Ford Maverick, which was turning on dealer lots in just four days in the month of December. The 2021 Ford Bronco has also been in high demand and low supply, mostly due to supply chain issues and hardtop production woes. The reborn SUV quickly became one of the fastest-selling new vehicles on the market last year, prompting many buyers to pay cash for one even as dealer markups reached insanely high levels. Now, in its latest sales report, FoMoCo has revealed that the Ford Bronco turned in just seven days on dealer lots last month – a number that applies to vehicles sitting on the lot, not customer orders.

Ford Bronco production and in-transit inventory have steadily improved over the last few months after a rough start. In-transit Bronco inventory increased 23 percent in November over October, then grew another 14.4 percent in December as Ford sold a total of 9,168 units last month versus 7,364 units in October and 8,287 units in November.

Meanwhile, 2022 Ford Bronco production is already underway at the Ford Michigan Assembly Plant, as Ford Authority recently reported. Those that want to take delivery of a 2022 Bronco sooner can do so by ditching options such as the Towing Capability package, paint protection film, and the molded-in color hardtop. 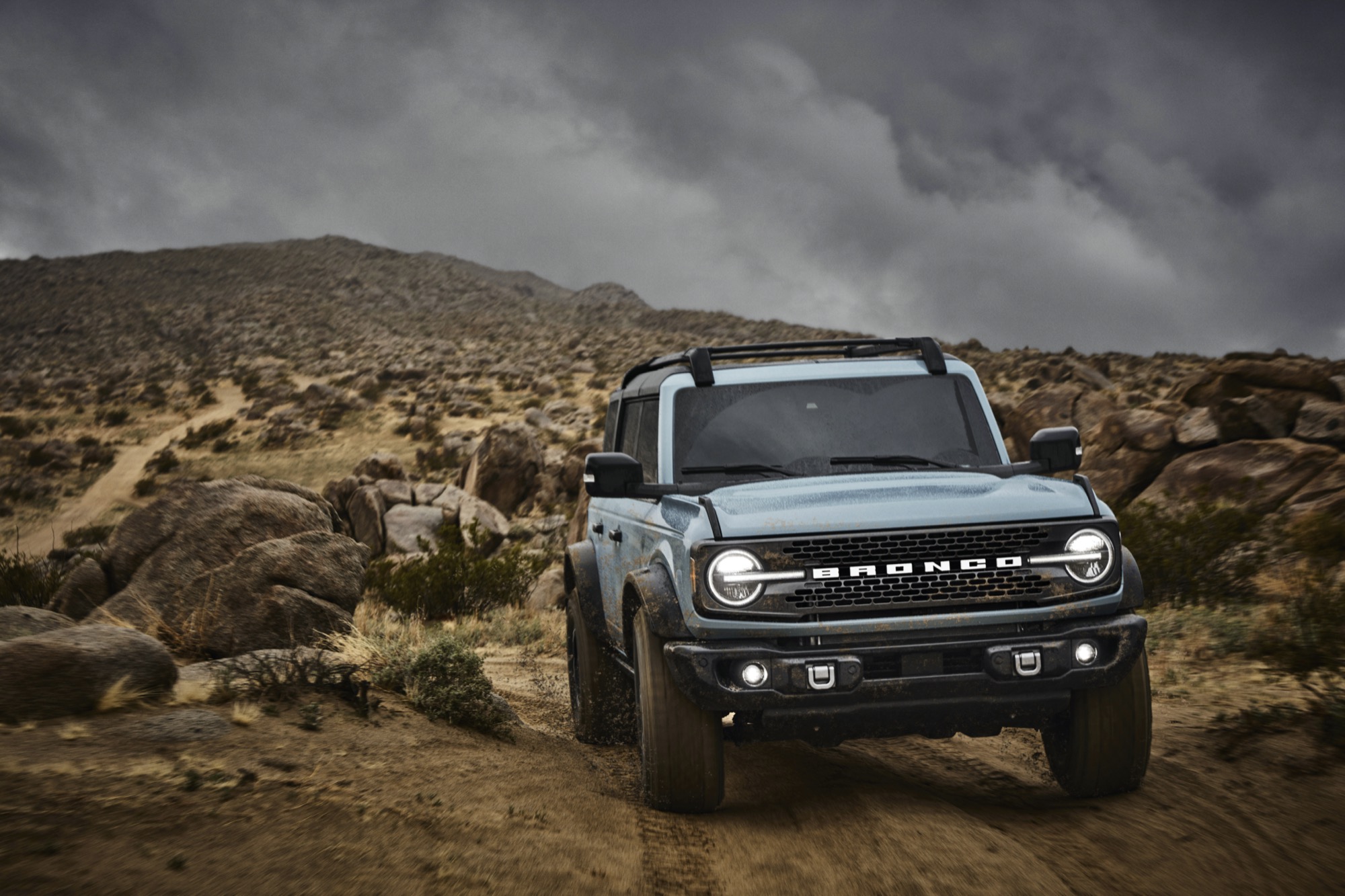 The 2022 Bronco brings about a handful of changes for the off-road-focused SUV, including the addition of the Ford Bronco Raptor, Bronco Everglades, and Bronco Heritage, as well as two new exterior colors, a “Capable” front bumper, a roof rack option for four-door Sasquatch models, dealer-installed tube doors, and the ability to pair the Sasquatch Package with Ford’s seven-speed manual transmission. Pricing for all Bronco models and some options also increased for the 2022 model year, as Ford Authority recently reported.