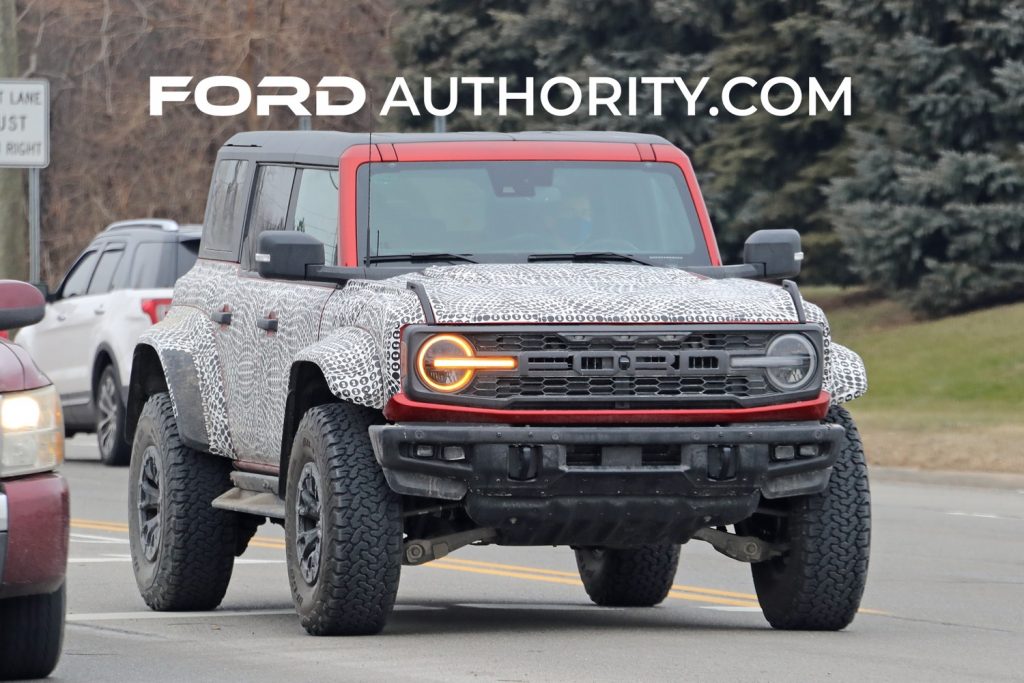 Ford Authority spies have spotted a number of Ford Bronco Raptor prototypes out driving around over the past several months in various states of disguise, revealing several of the high-performance off-roader’s exterior features in the process, including its unique lighting and fender vents. Now, however, our spies have spotted the Ford Bronco Raptor interior for the very first time, which gives us a good look at what to expect when the rugged new model launches this coming summer.

The Bronco Raptor’s overall interior design is very similar to the cabin of the regular Ford Bronco, but there are some unique features here worth noting. 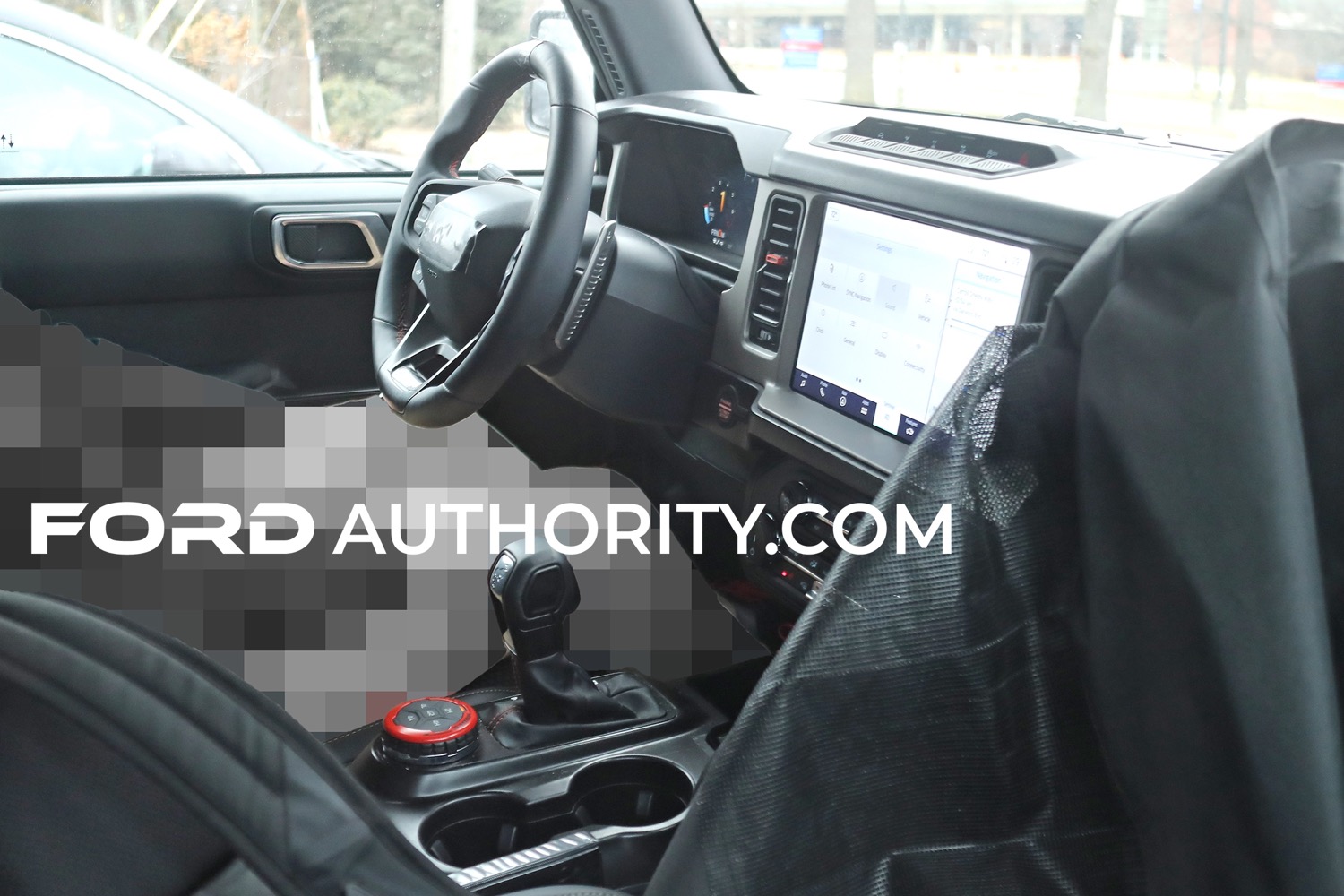 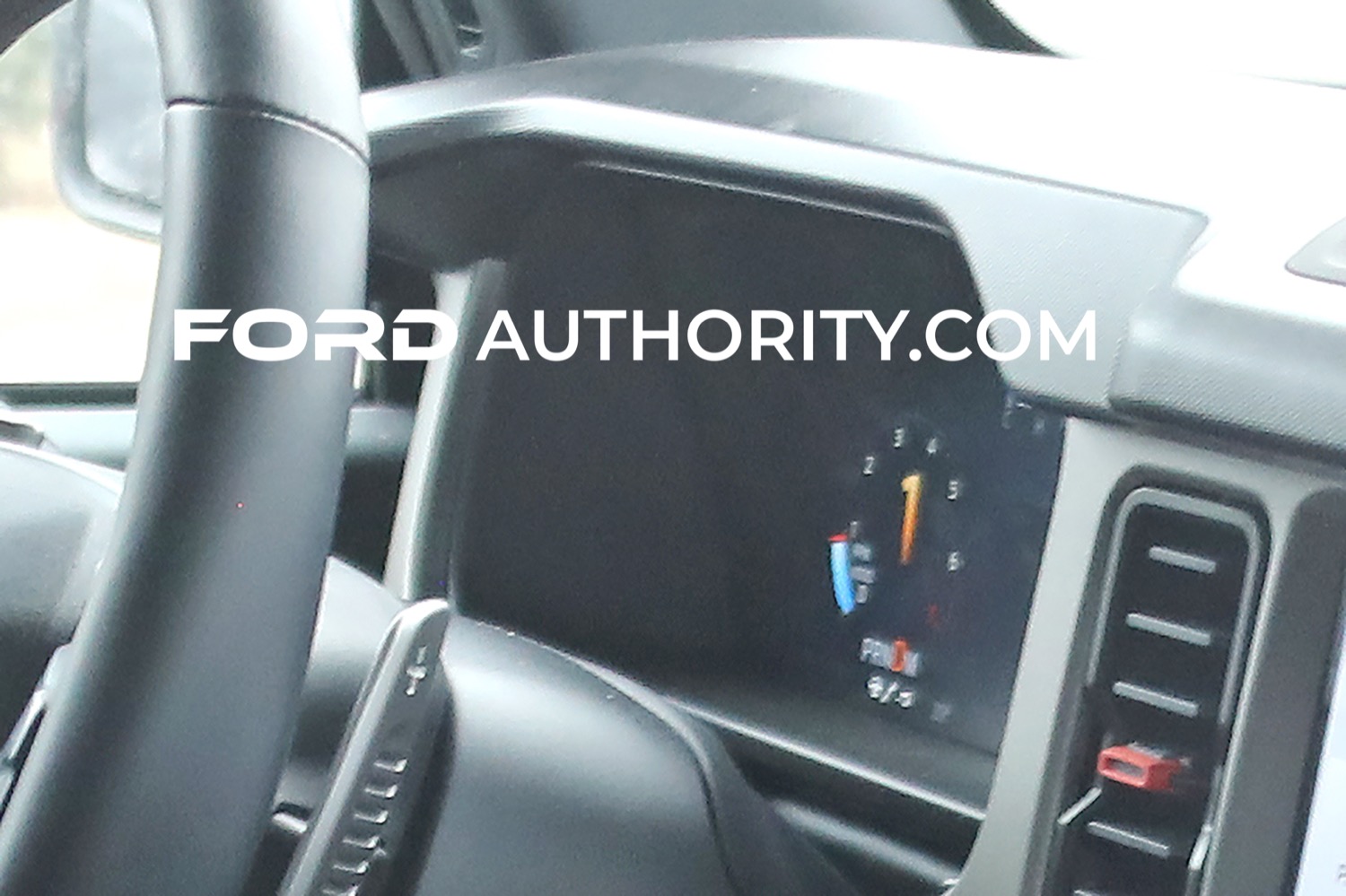 The Bronco Raptor has a large digital instrument panel / instrument cluster that is quite different from the regular Bronco’s analog and digital mashup as well. Ford Authority has recently learned that this one is the same 12-inch unit that’s available in the 2021-2022 Ford F-150, albeit with a slightly different theme/skin. The center stack screen is the same 12-inch unit present in up-level Bronco models. 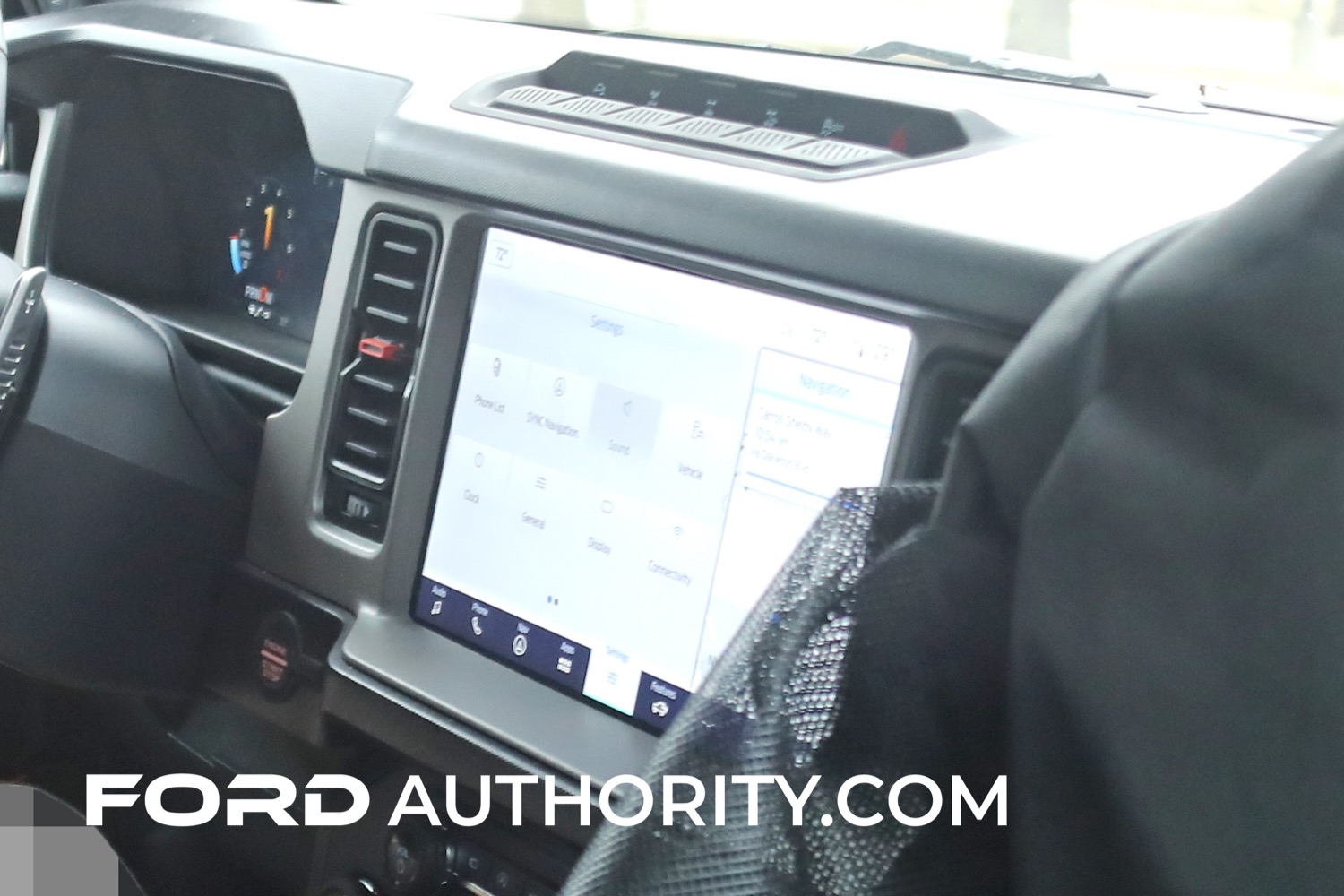 Finally, this Bronco Raptor prototype also has a set of paddle shifters behind the steering wheel, a feature that isn’t currently present on any Bronco variant. 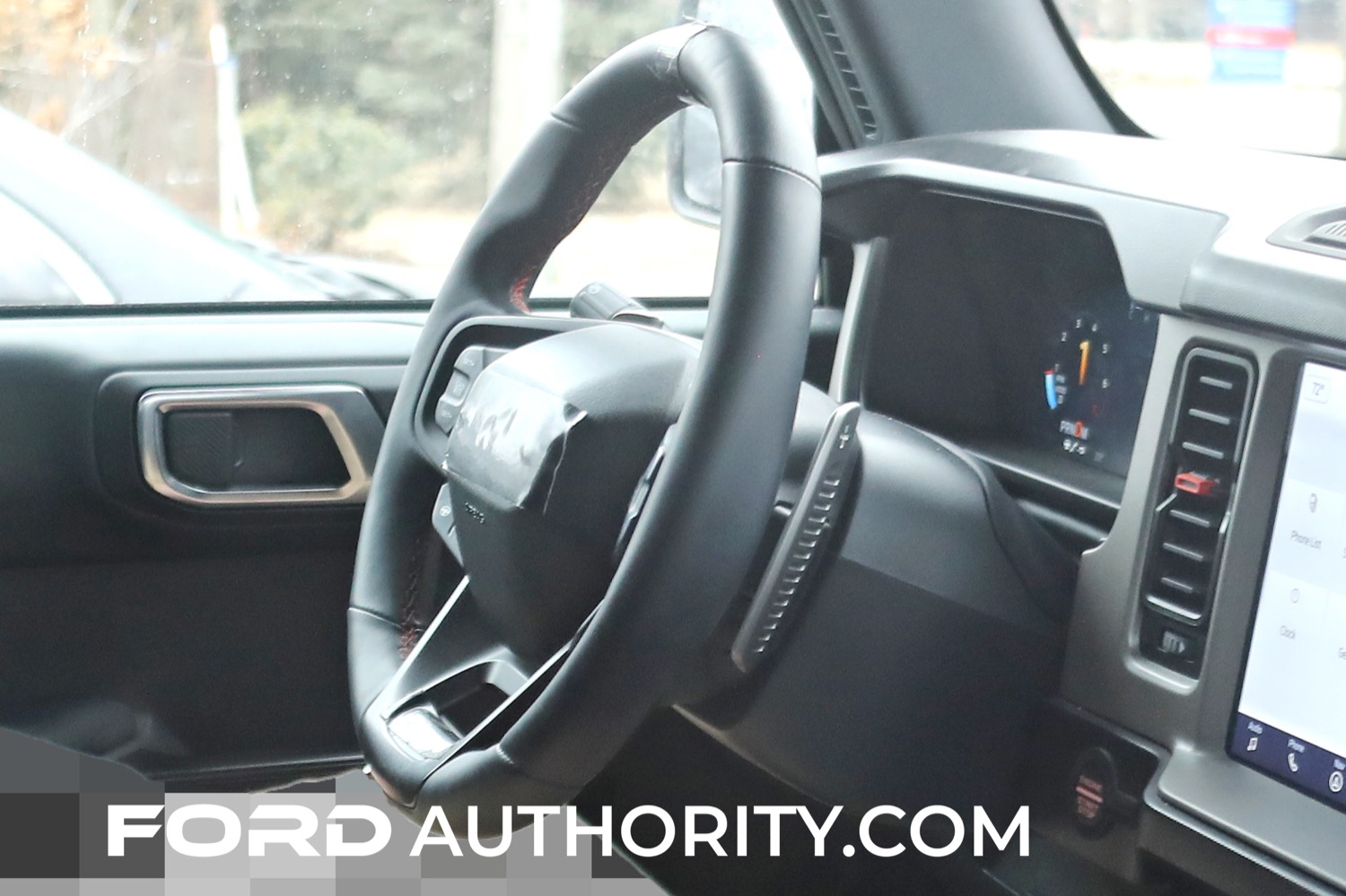 On the outside, this prototype continues to have all of the expected workings of a Ford Raptor model, including significantly higher ground clearance, wide wheel flares, a wider, more aggressive stance, and of course, the familiar “FORD” script front grille. 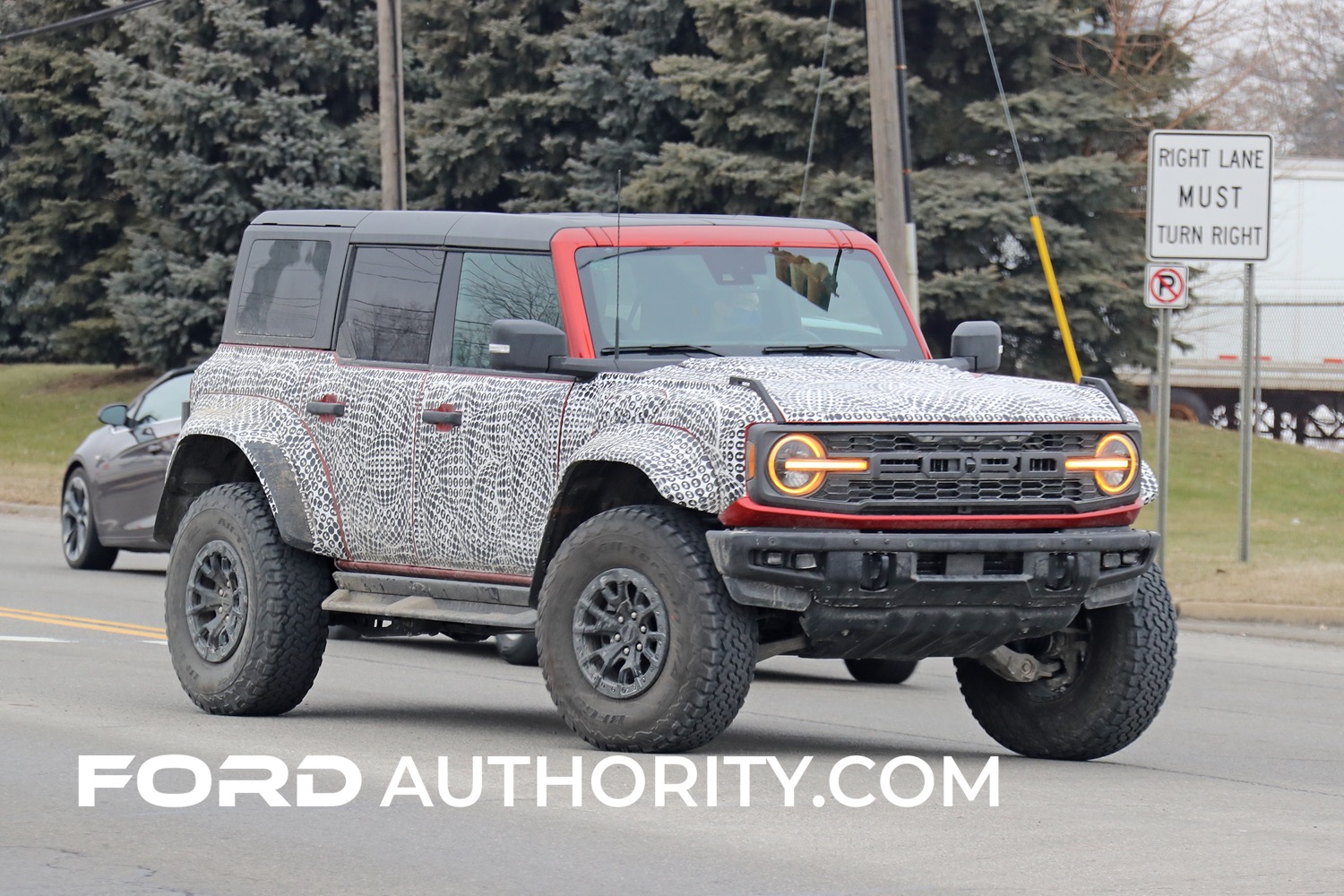 The prototype rides on a set of 37×12.50R17LT BFGoodrich KO2 tires wrapped around 17-inch beadlock-capable wheels. It’s not entirely clear what suspension upgrades are in place, but the Raptor is definitely expected to feature a more rugged and more capable chassis with Fox shocks, a Raptor branded rear differential cover, a reinforced steering rack, and beefy lower control arms. 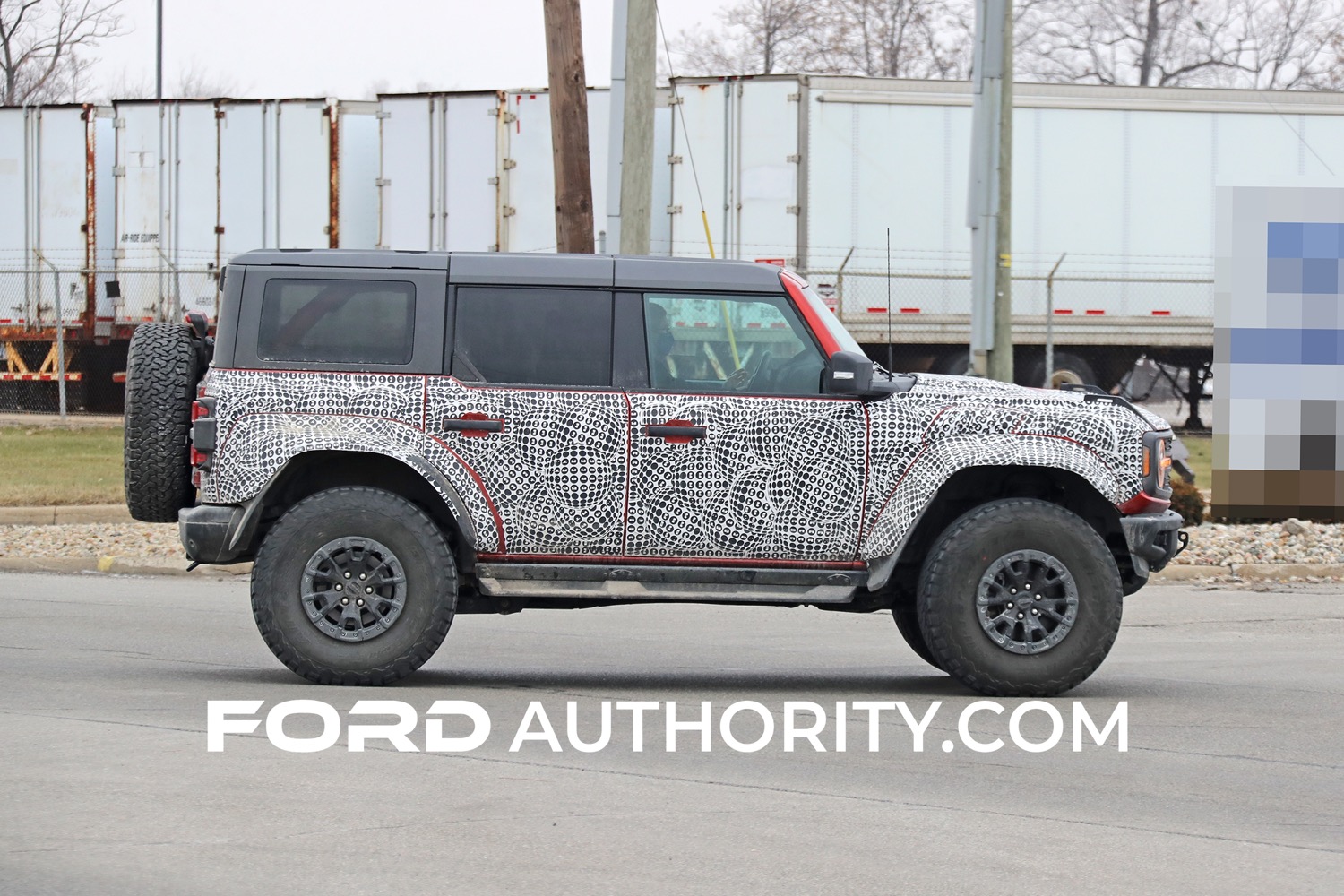 As Ford Authority was the first to report, the Bronco Raptor will be powered by Ford’s 3.0L EcoBoost V6 – currently found in the Ford Explorer ST and Lincoln Aviator – which will be mated to FoMoCo’s 10-speed automatic transmission. The Bronco Raptor also features a true dual exhaust setup with a tucked-under, dual-tip outlet on the driver’s side. 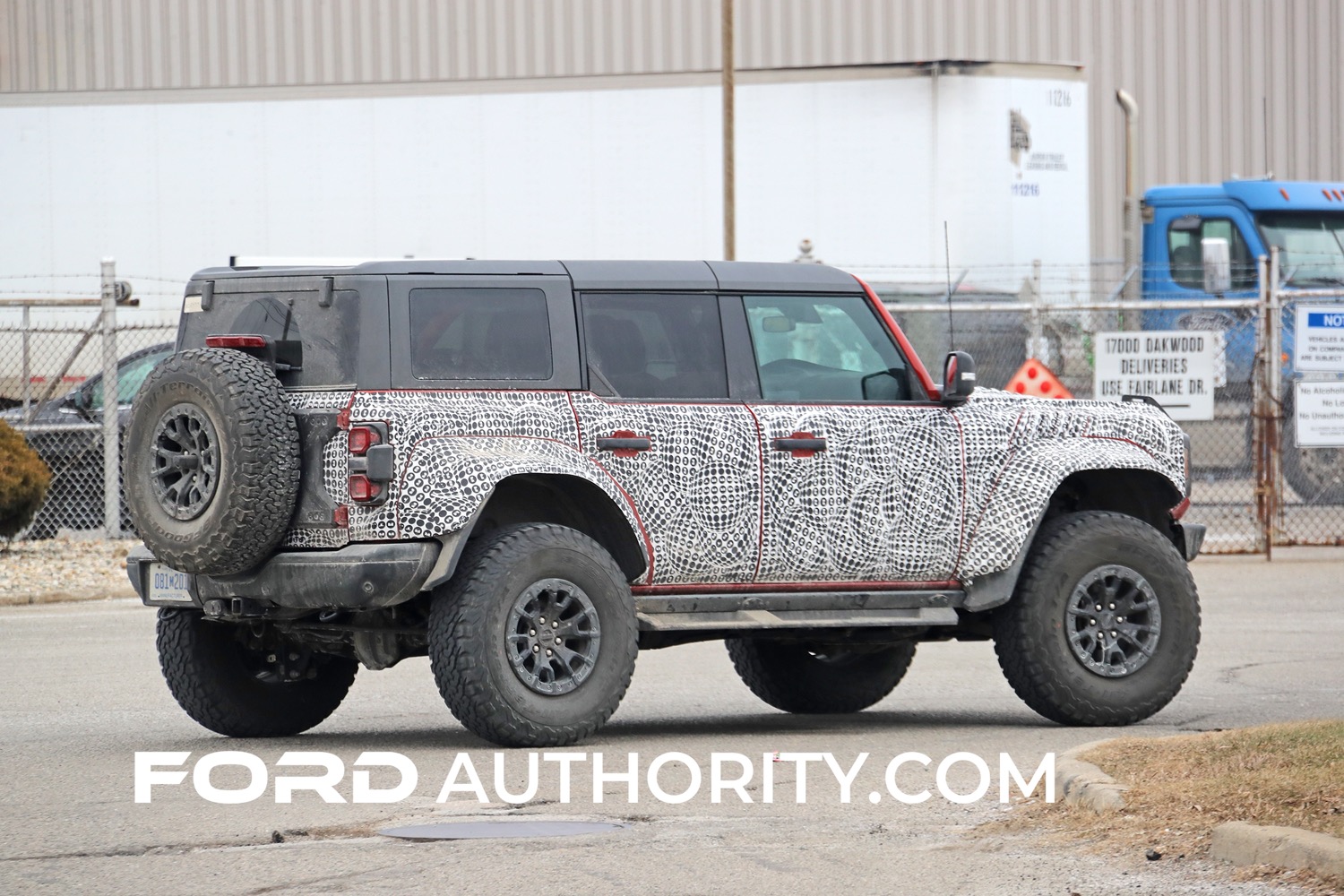 The Bronco Raptor is expected to be fully revealed in Q1 of 2022 and launch this summer for either the 2022 or 2023 model years when it will join the F-150 Raptor and Ranger Raptor in The Blue Oval’s high-performance off-road lineup.