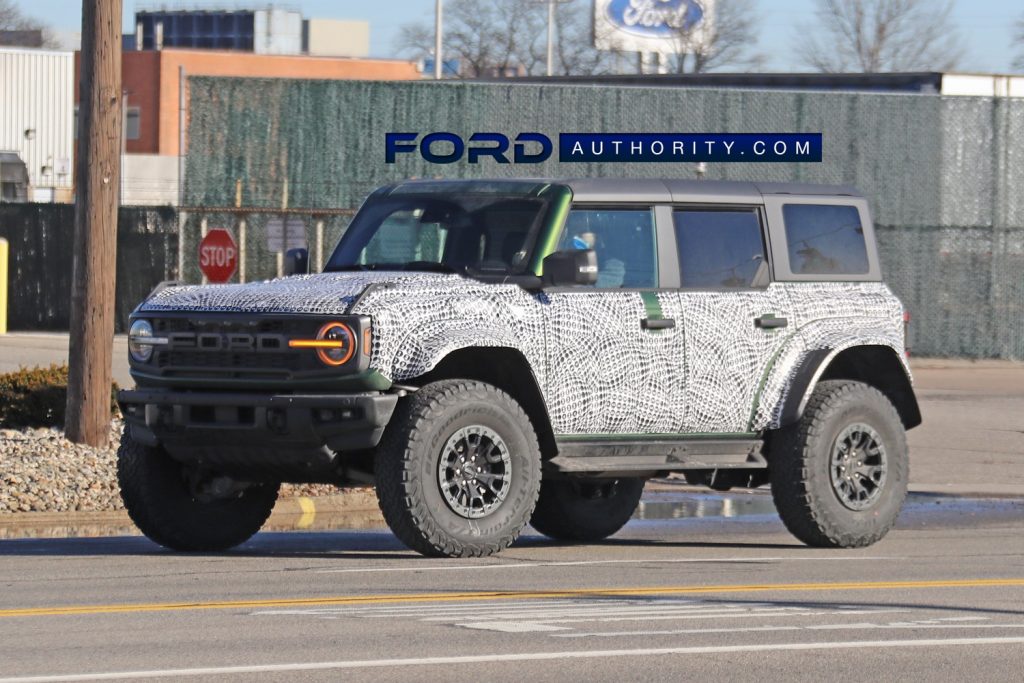 A number of 2022 Ford Bronco Raptor teasers have surfaced in recent weeks, giving us our first taste of the rugged off-roader’s exhaust note, its massive fender flares, and giant tires, as well as a look at it conquering various off-road obstacles. Last month, Ford Authority spies spotted a 2022 Ford Bronco Raptor prototype with its front fender vents exposed for the very first time, and now, Ford Authority has exclusively learned from sources familiar with the matter that the forthcoming ultra-high-performance off-roader will also come equipped with an active exhaust system. 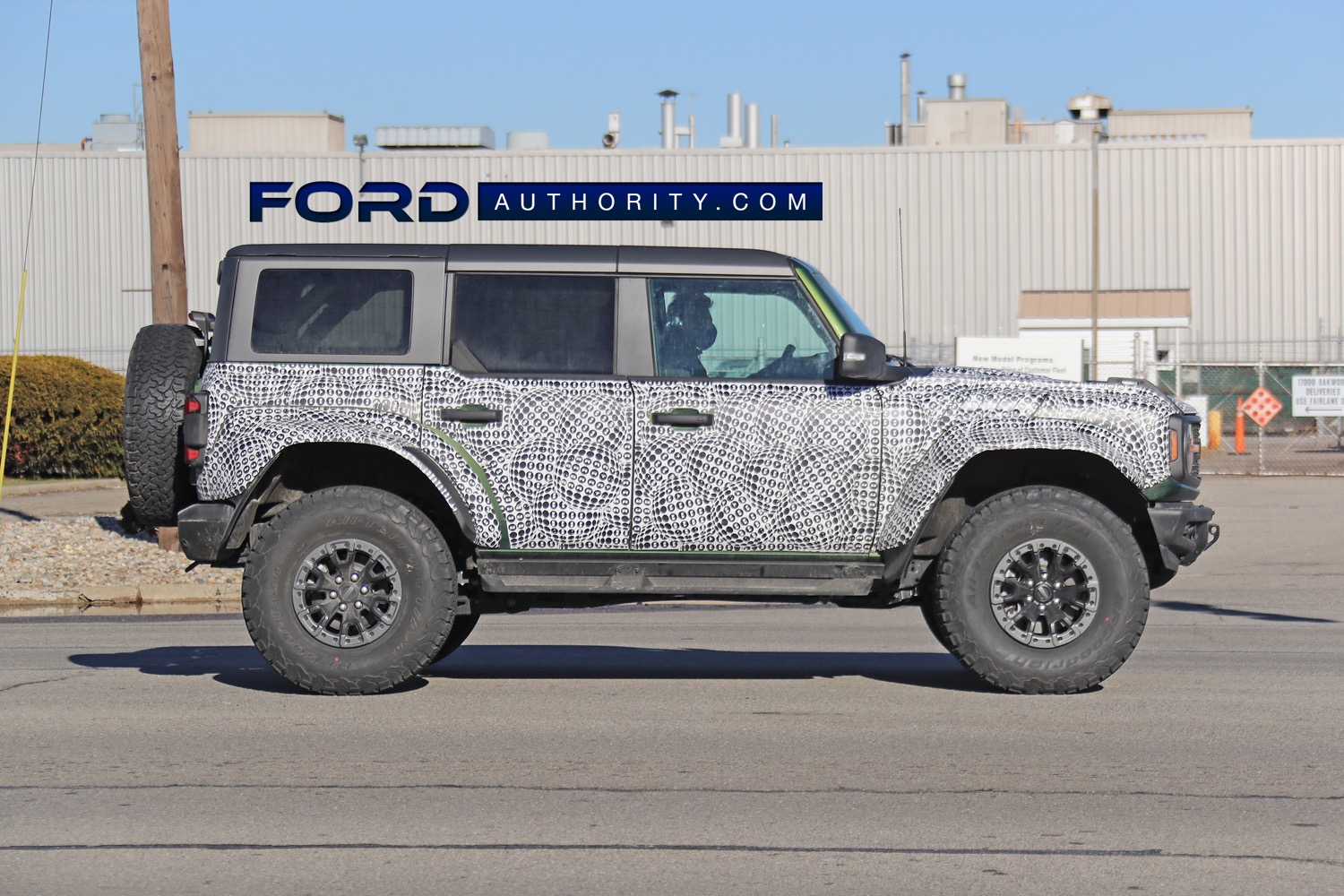 The Ford Bronco Raptor will be the latest high-performance Blue Oval vehicle to come with an active exhaust system, a list that already includes the Ford Mustang, Ford Mustang Shelby GT500, and Ford F-150 Raptor. These types of exhaust systems utilize valves designed to open or close to change sound levels based on driver preference or suit whichever drive mode is selected. For example, owners can select a “quiet” mode when driving through a residential area, or open up the exhaust valves on the race track or when a sportier exhaust note is desired.

As Ford Authority exclusively reported back in 2020, the Bronco Raptor will be powered by Ford’s 3.0L EcoBoost V6, currently found in the Ford Explorer ST and Lincoln Aviator. In addition to belting out varying noise levels thanks to its active design, the Bronco Raptor’s exhaust system also features a true dual pipe setup with a tucked-under, dual-tip outlet on the driver’s side of the SUV to protect it from off-road obstacles. A 10-speed automatic will be offered, while Ford’s 7-speed manual is under consideration. 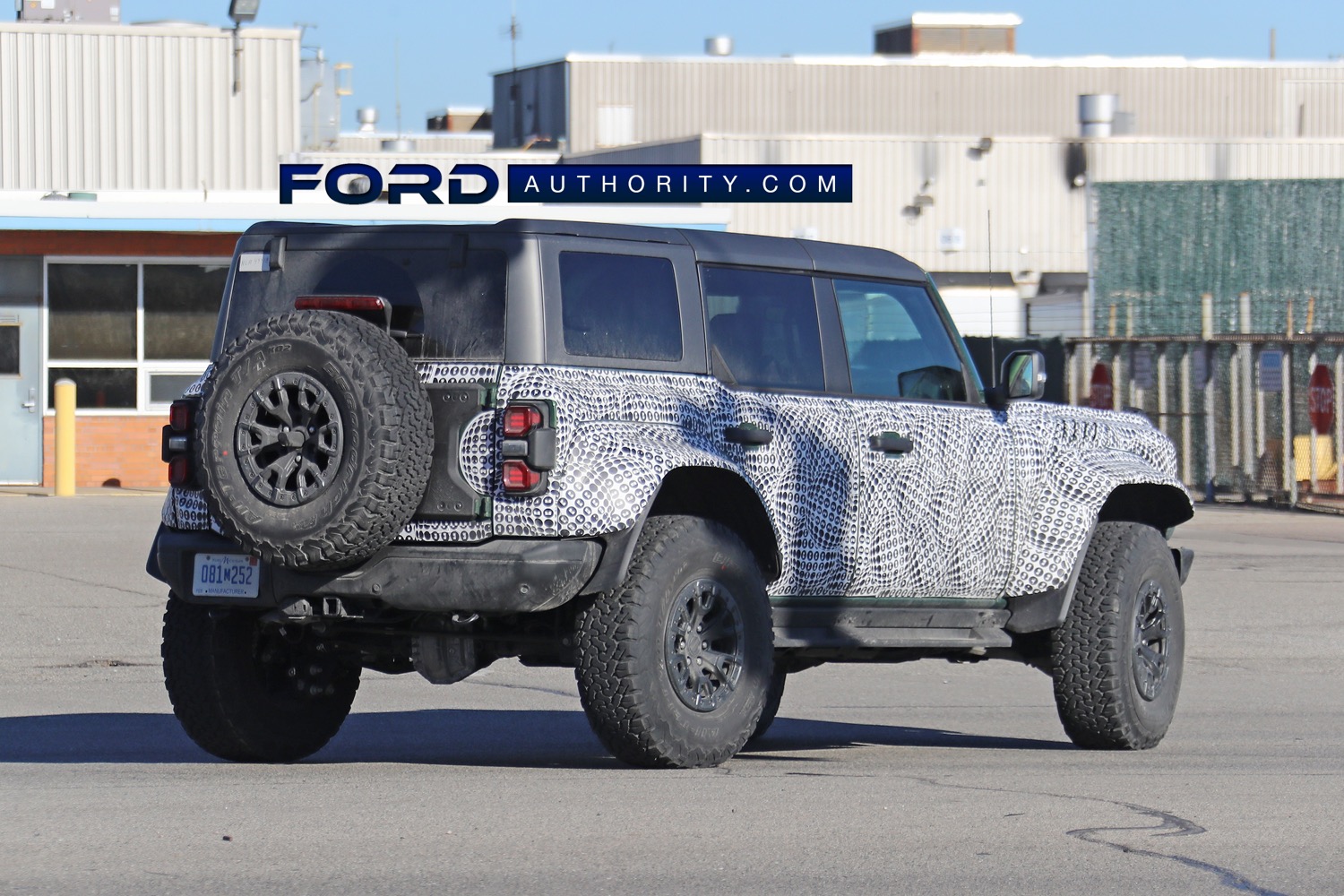 In terms of size, the Bronco Raptor is significantly wider than any other Bronco, including Sasquatch-equipped models, and features massive fender flares that help cover up equally large 37×12.50R17LT BFGoodrich KO2 tires wrapped around beadlock-capable wheels. Other unique features include the Raptor’s “FORD” script front grille with three amber lights, similar to what’s found on the F-150 Raptor.

The high-performance Bronco Raptor rides noticeably higher than any other Bronco, courtesy of the aforementioned taller tires and a host of suspension upgrades that include Fox shocks, a Raptor branded rear differential cover, a reinforced steering rack, and beefy lower control arms. A set of high-clearance running boards help occupants enter and exit the tall-riding SUV as well. 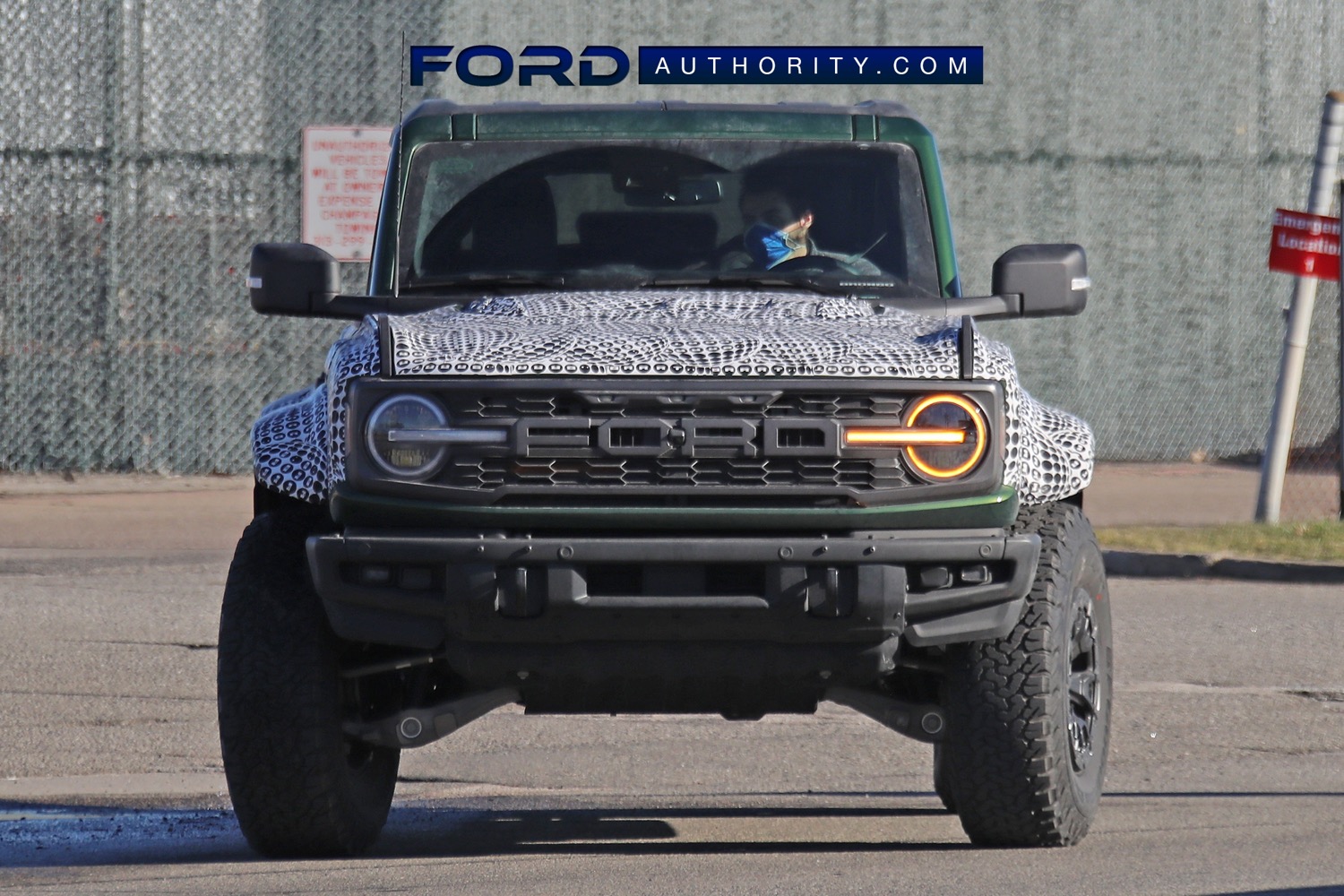 As Ford Authority reported last October, the 2022 Ford Bronco Raptor will be fully revealed during the first quarter of 2022 ahead of its launch, which is currently planned for next summer alongside the new Bronco Everglades.