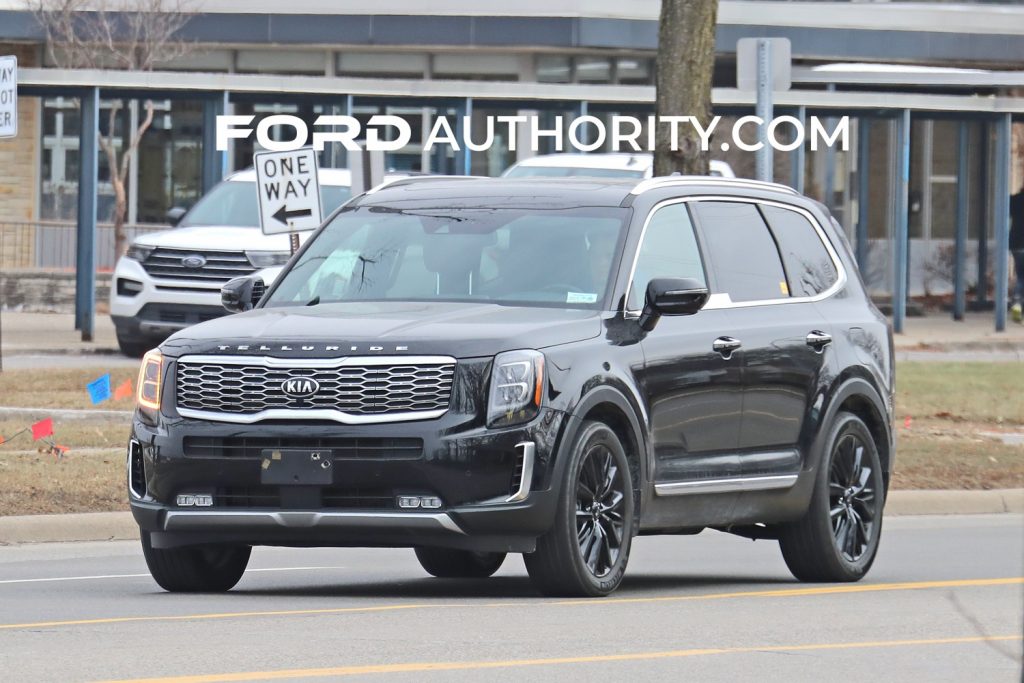 The Kia Telluride launched in 2019 for the 2020 model year, but the mid-size crossover quickly won over eager shoppers, to the point where buyers have been paying over MSRP for the Ford Explorer rival. Thus, it should come as no surprise that Ford Authority spies recently caught The Blue Oval benchmarking a Kia Telluride, which is sporting the automaker’s familiar yellow sticker. 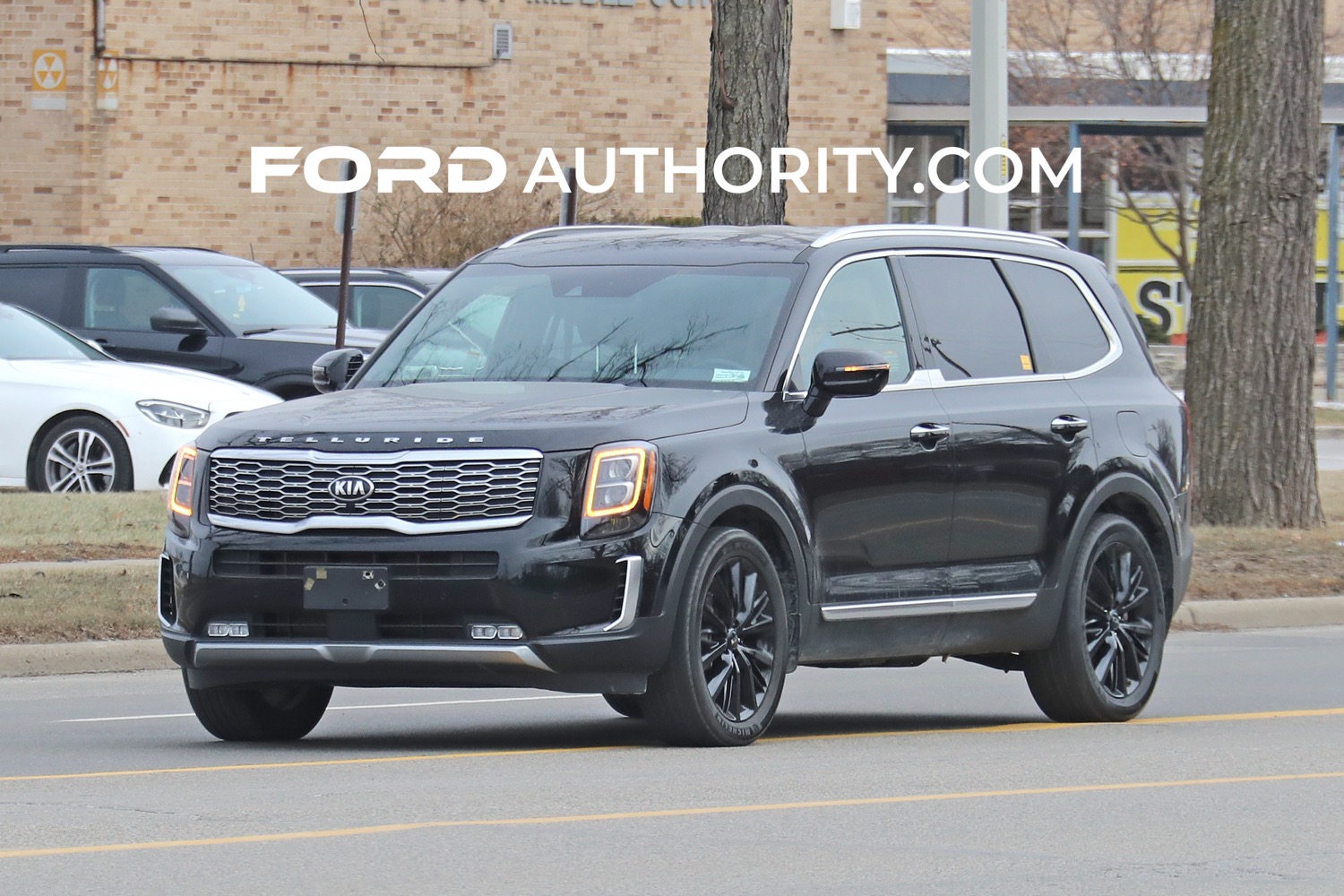 What’s interesting about this particular Telluride, other than the fact that it’s owned by Ford, is that it’s a 2021 model – not the refreshed 2022. It appears to be an SX-trimmed example, which features an MSRP of $42,990, placing it between the Explorer XLT, ST-Line, and Timberline in Ford’s lineup. 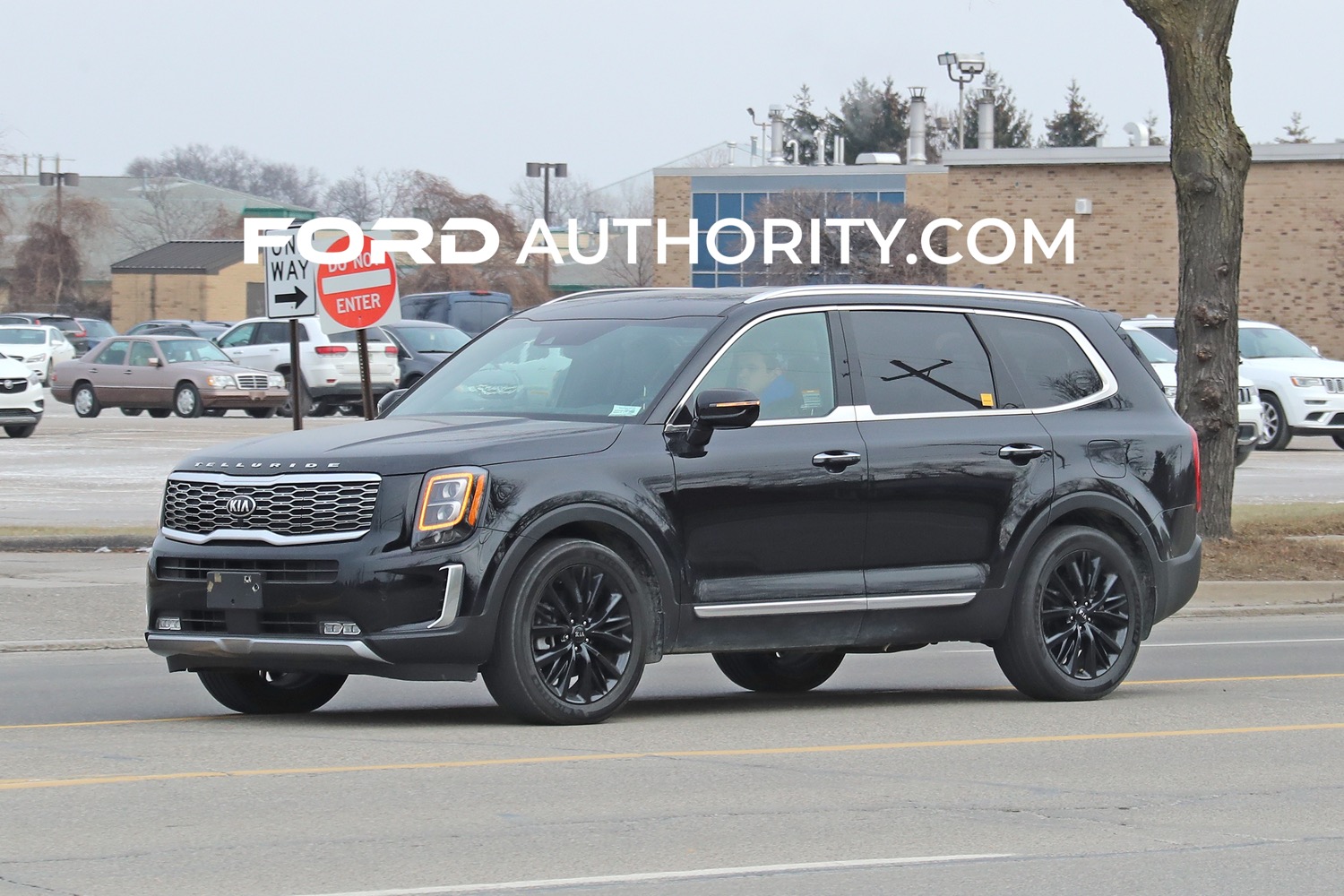 For 2022, the Telluride has been treated to a mild refresh consisting of a redesigned radiator grille and updated Kia badges, along with a larger 10.25-inch navigation display, fully automatic temperature control and highway driving assist for LX and S trims, as well as navigation-based Smart Cruise Control. 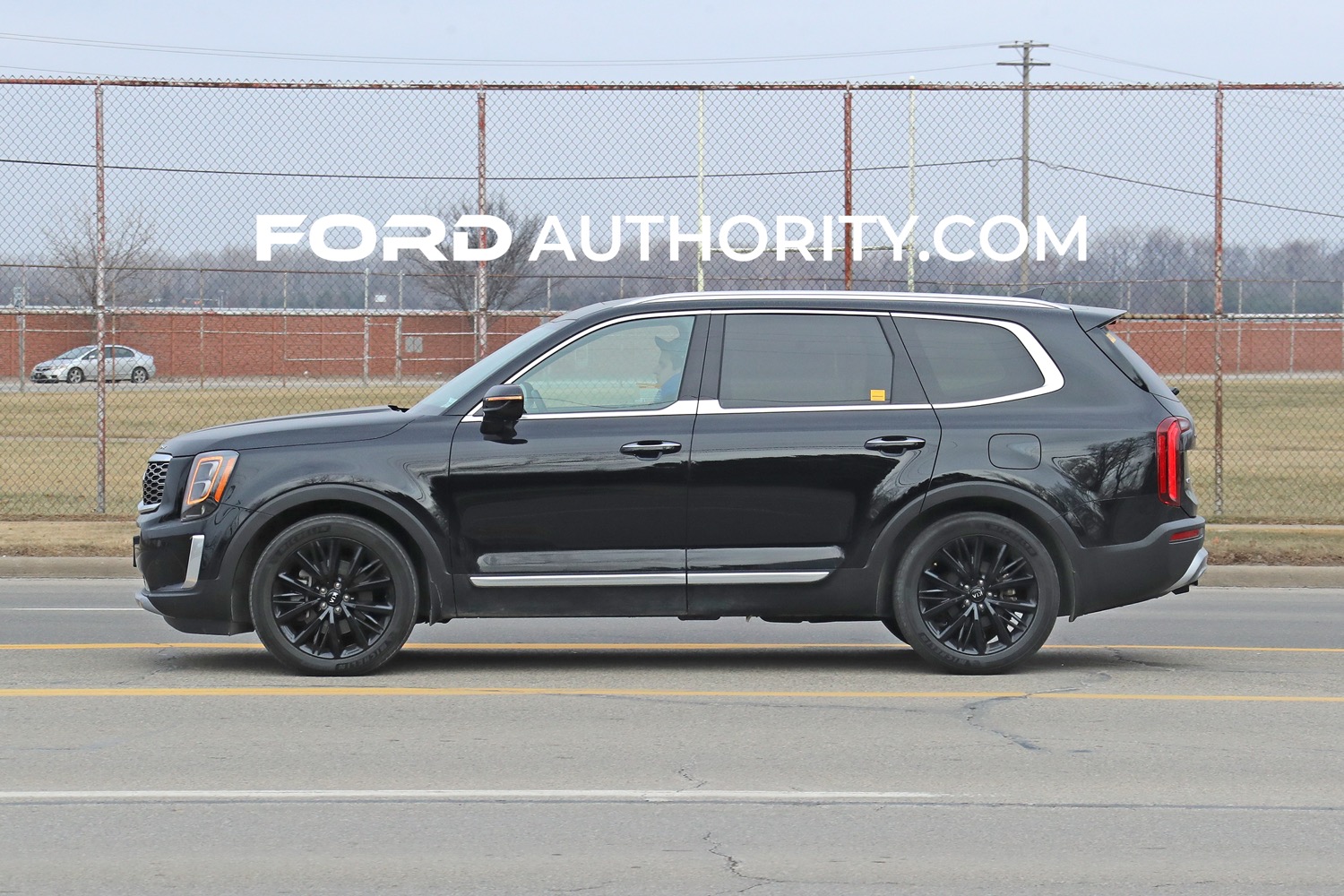 While Consumer Reports recently placed the 2022 Ford Explorer on its list of two- and three-row SUVs and crossovers to avoid, the Kia Telluride has fared much better in the consumer organization’s testing and studies. The Telluride recently landed on CR‘s top 10 most satisfying vehicles to own list and was also recommended over the Explorer due to the latter’s poor projected reliability score. 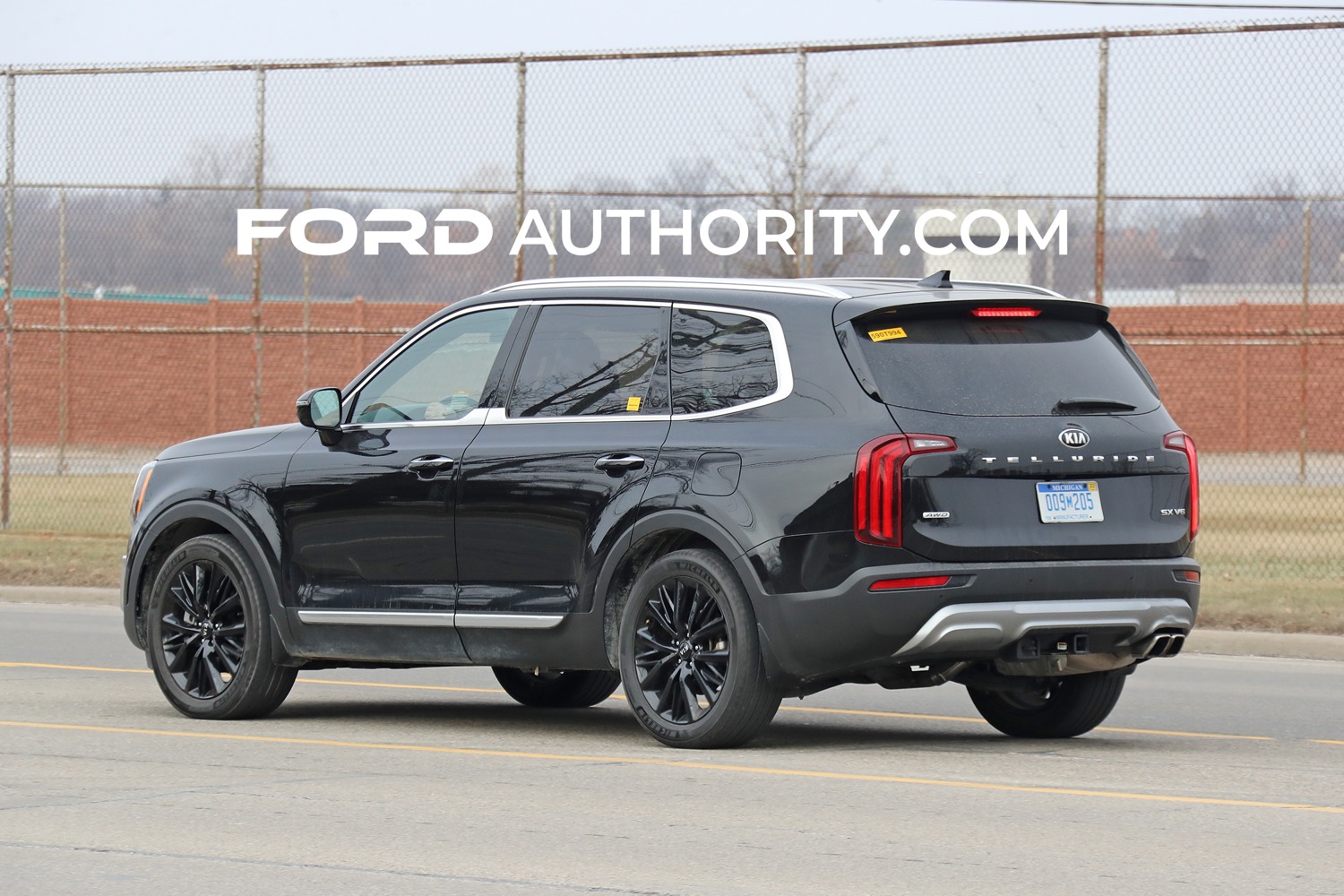 Meanwhile, the 2022 Explorer was revealed back in August with a few notable changes, including the fact that the Explorer ST will be offered with standard rear-wheel drive, which Ford Authority was the first to report. As Ford Authority reported back in November, those changes brought about a price increase across all 2022 Ford Explorer trims, however, and prices rose for a second time earlier this month on select trims.

Kia Telluride Pickup Could Compete With The 2019 Ranger