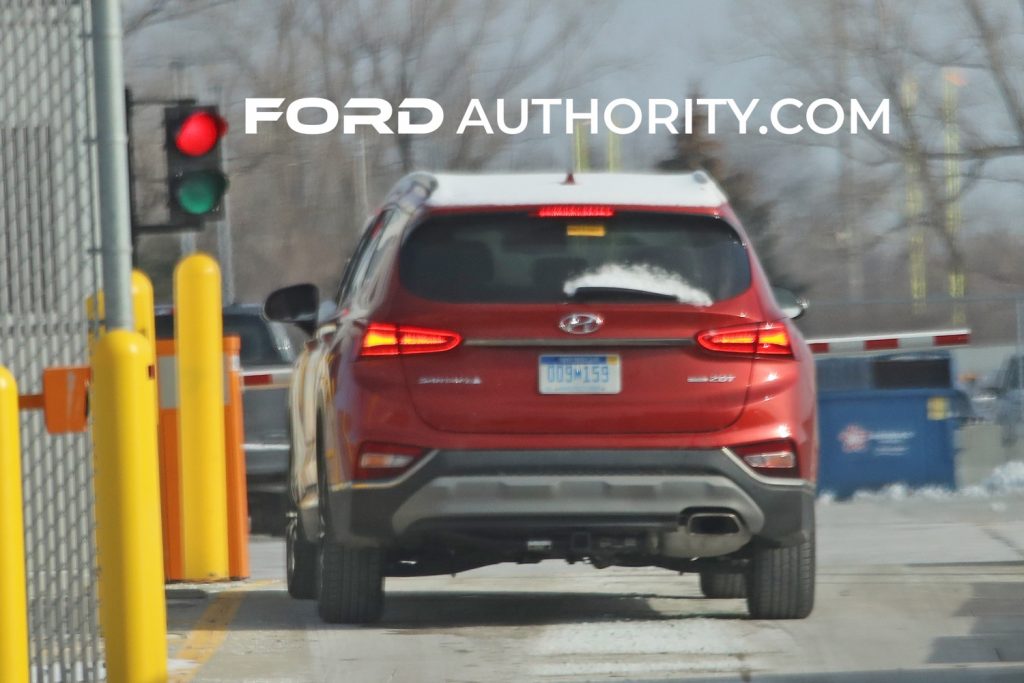 The refreshed 2021 Hyundai Santa Fe was revealed back in November of 2020, lending a fresh face and some other upgrades to the Ford Edge competitor. The new Santa Fe arrived riding on a new platform, with a brand new exterior and interior design, yet carried over a few parts from the 2020 model, keeping it from being labeled as an all-new model. Regardless, Ford Authority spies recently captured FoMoCo benchmarking a pre-facelift Hyundai Santa Fe, which is interesting for a number of reasons. 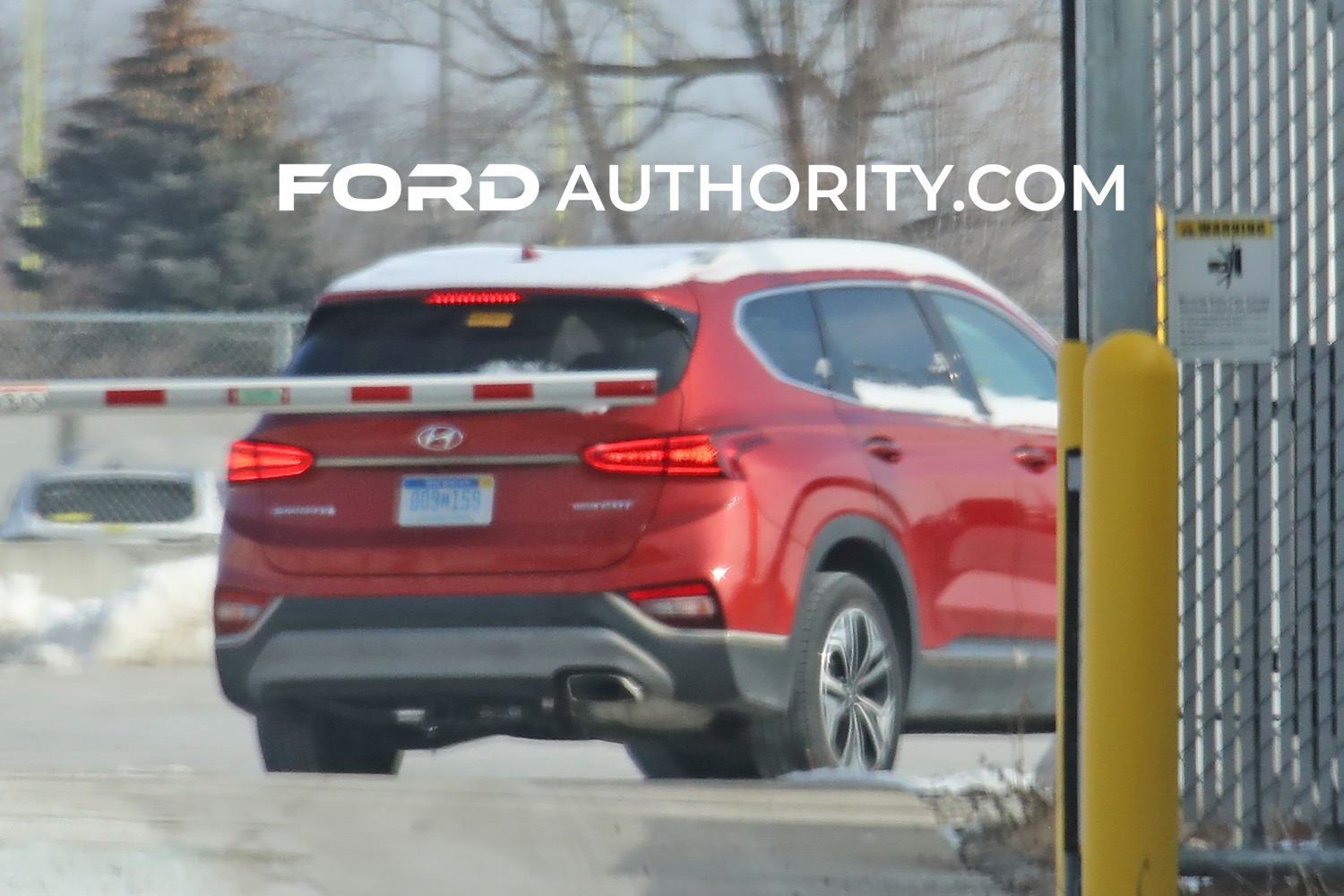 While the Edge outsold the Santa Fe in 2020 by a grand total of 8,129 units, Hyundai’s crossover managed to “edge” out Ford’s crossover in 2021 by moving 112,071 units versus just 85,225. The Santa Fe enjoyed a 11.23 percent year-over-year increase as a result, while Edge sales declined by 21.73 percent. It’s unclear how much supply constraints affected either model, but as Ford Authority reported earlier this month, the Edge will be discontinued in North America following the 2023 model year.

Regardless, the Edge received some styling tweaks and new tech features for the 2021 model year, while a host of changes have taken place on the 2022 model as well. As Ford Authority reported back in August, the crossover has dropped its front-wheel drive configuration and will only be available with all-wheel drive for the 2022 model year. As a result, pricing for the crossover has risen roughly $2,000 across the board. The Black Appearance Package is new for 2022, as is the SEL Adventure Package, though the latter received a name change to Sport Appearance Package shortly after its launch.

The 2022 Edge is losing its illuminated glovebox, as Ford Authority reported back in August, while the ST will drop its Ford Performance paint color option in favor of Atlas Blue, and the SEL is losing the SecuriCode Keyless Entry Keypad as standard equipment, while all 2022 Edge models have dropped the previously standard rear parking sensors, too.