Last month, Ford Authority reported that 2022 Ford F-150 Lightning production would be ramping up sooner than originally planned. This move came after the automaker secured 200,000 reservations for the forthcoming all-electric pickup, a high level of demand that admittedly took Ford by surprise. Ford CEO Jim Farley later revealed that the company plans on essentially doubling its original planned production number at some point in the near future, and now, the automaker has confirmed this change on the heels of also doubling its planned global EV production to 600,000 units per year by 2024 and expanding Ford Mustang Mach-E production to 200,000 units per year by 2023. 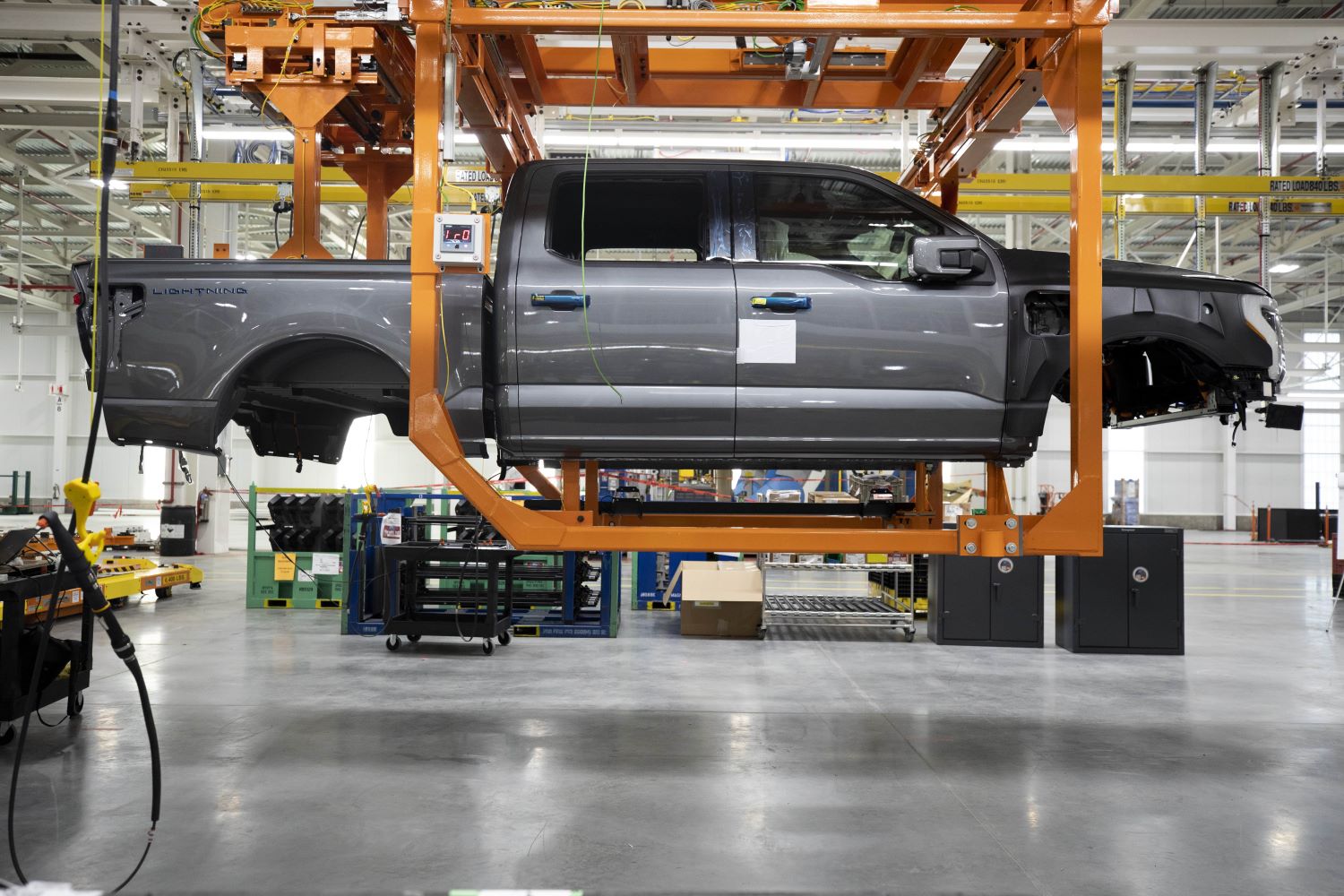 To meet a high level of demand, Ford will nearly double its planned F-150 Lightning production to 150,000 units per year at the Ford Rouge Electric Vehicle Center. To accomplish this, the automaker has put together a small task force of employees from manufacturing, purchasing, strategy, product development, and capacity planning that is responsible for finding ways to quickly expand production and is also working with suppliers and workers at other plants to increase the capacity of parts such as battery cells, battery trays, and electric drive systems. The automaker expects to reach its projected 150k target by mid-2023. As Ford Authority recently reported, Ford previously had a goal of reaching 80,000 units per year by January 2023, and 150,000 annually by 2025.

This week, 2022 Ford F-150 Lightning production entered its final pre-build phase. The production-level trucks emerging from the assembly line now will be used for testing in real-world conditions over the course of one million collective miles before full-scale production begins.

Ford CEO Jim Farley expects that a significant 80 percent of F-150 Lightning reservation holders will convert them to orders as the all-electric pickup remains on schedule for a spring 2022 launch. That order process will be staggered when it begins this month, though some reservation holders have already been surprised by massive dealer markups, as Ford Authority reported last week.