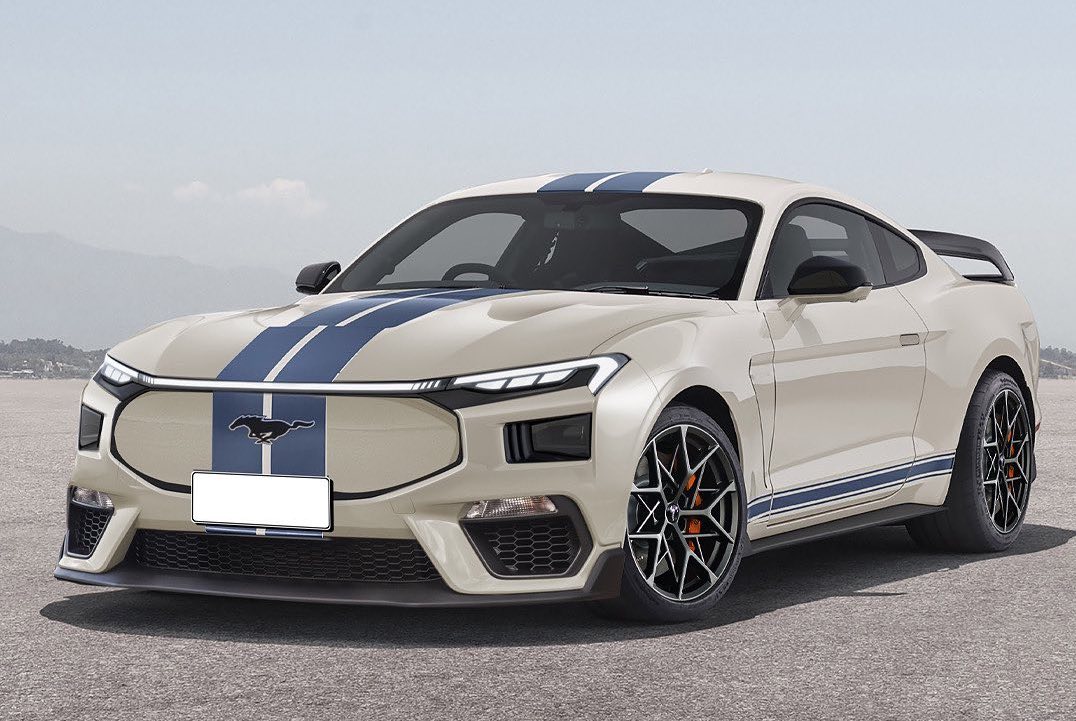 As Ford plans to eventually transition its entire North American lineup to electric power at some undetermined point in the future, that means the days of ICE-powered Ford Mustang models will eventually come to an end, too. Prior rumors suggested that an all-electric pony car will arrive in late 2028 for the 2029 model year, though the Ford Mustang Mach-E already represents the first EV to wear that iconic nameplate. The S650 Mustang will arrive far sooner – for the 2024 model year – and Ford Authority spies recently spotted a next-gen Mustang prototype for the very first time. Regardless, these renderings from artist KDesign AG attempt to apply some modern FoMoCo styling elements to the current-gen model to create a theoretical Ford Mustang Shelby GT350 EV. 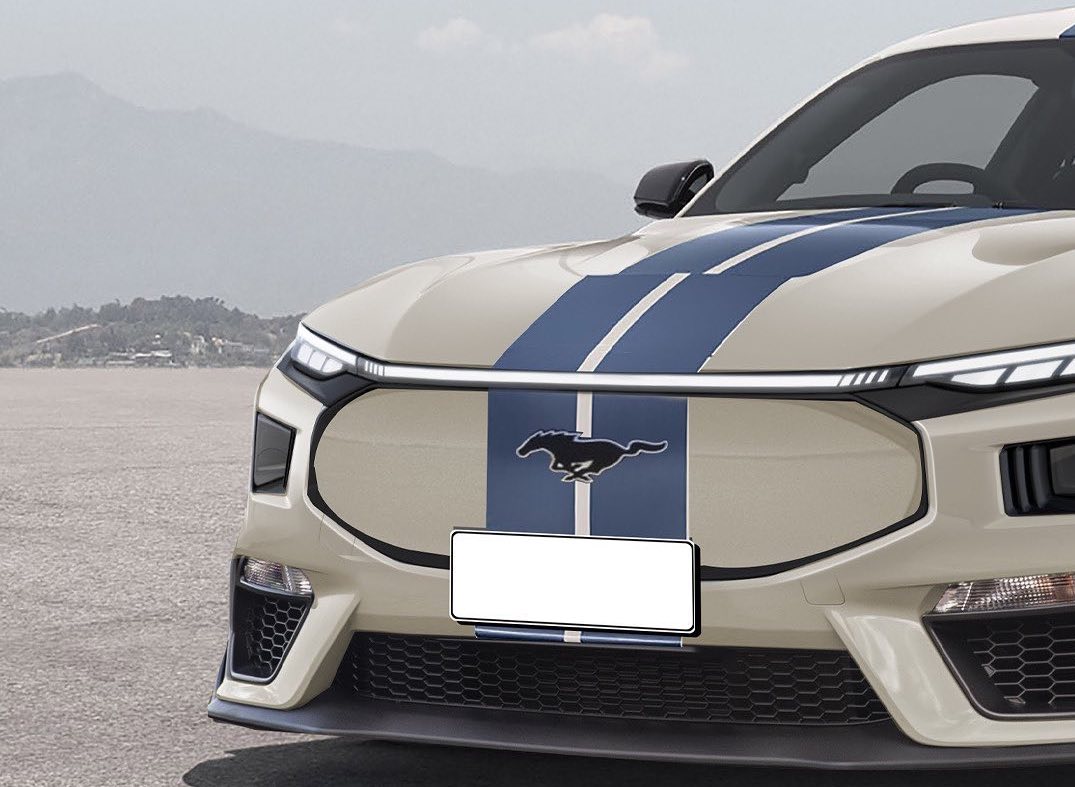 These Ford Mustang Shelby GT350 EV renderings incorporate the Mach-E’s front fascia and hood into the now-discontinued track-focused pony car, taking away its front grille and replacing it with a flat, closed-off panel. However, it does have vents in the sides of the front end, as well as a lower grille and a front lip taken from the ICE-powered GT350. The headlights, on the other hand, are a mesh between the Mach-E and the recently revealed next-gen Ford Mondeo, which is a China-only sedan. 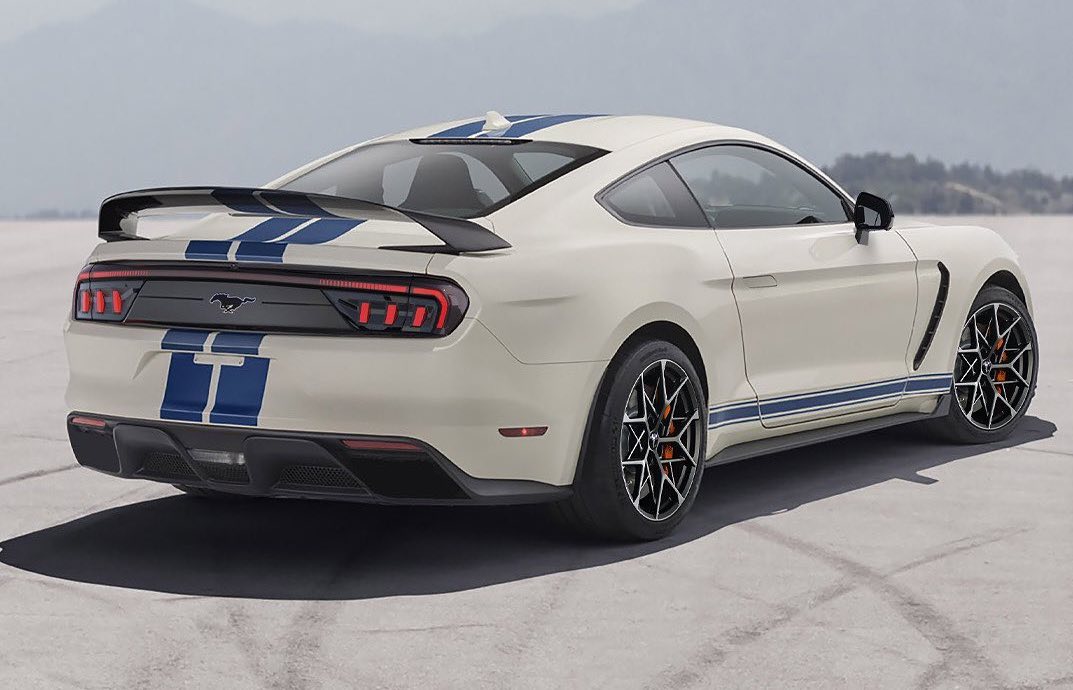 That theme continues out back, where these renderings imagine what a Mondeo-like taillight treatment might look like on an S550 Mustang. Truthfully, it fits, considering the fact that both utilize three vertical bars for taillights, though this example also has a light bar that covers the full width of the rear end.

It’s difficult to say what the next-gen 2024 Mustang will look like, given the fact that the prototypes spotted thus far are wearing heavy camo. Regardless, the Mustang is expected to retain the same overall aesthetic as the current model, at least for the near future. But perhaps years from now, when an all-electric Mustang joins the lineup, it might just integrate some of these same styling cues.

We’ll have more renderings like this to share soon, so be sure and subscribe to Ford Authority for more Ford Mustang news and non-stop Ford news coverage.