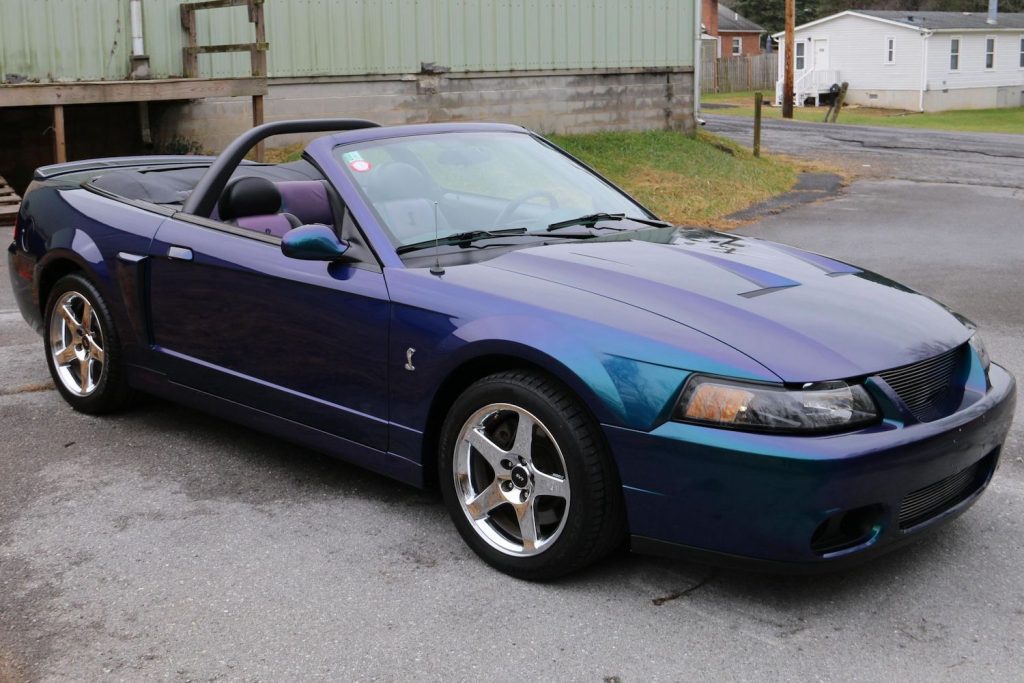 Throughout the history of the Ford Mustang SVT Cobra, the high-performance pony car was offered with special paint on a couple of occasions. That includes the earlier Mystic Cobra, the very first production vehicle ever to be offered with a color-shifting paint option. The Mystic Metallic paint was an $815 option, took BASF three years to develop, and depicts shades of purple, green, teal, gold, and copper. The later New Edge generation continued this offering with what was called “Mystichrome,” and this 2004 Ford Mustang SVT Cobra up for grabs at Cars & Bids is one of the few wearing this finish. 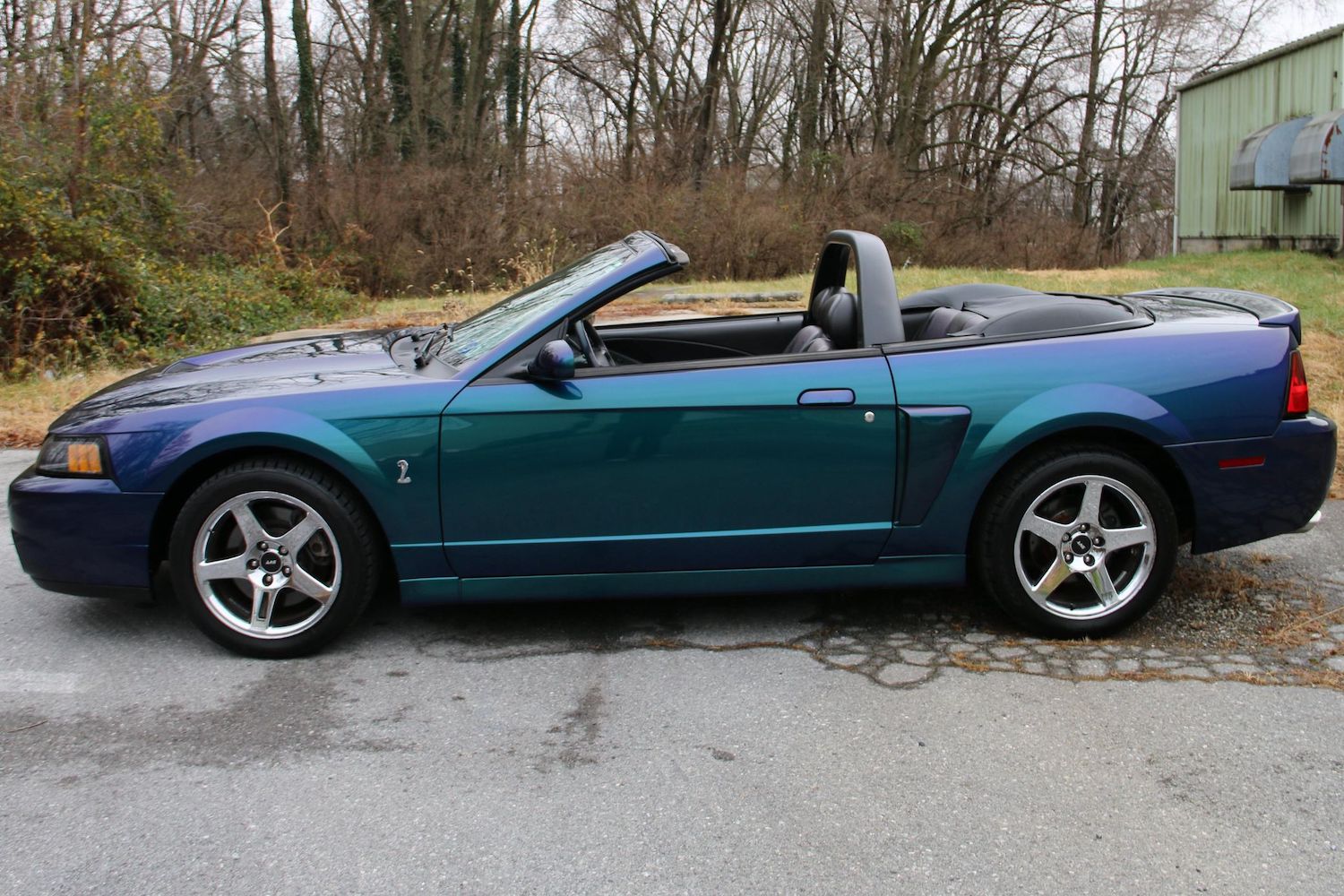 Just 495 examples of the 2004 Ford Mustang SVT Cobra left the factory sporting a Mystichrome finish, and this is one of the nicer ones we’ve come across. This gorgeous drop-top has just 27k miles on the clock and looks essentially brand new, save for the requisite paint chips and other minor blemishes here and there. It was also a one-owner car until it was sold for the first time last year. 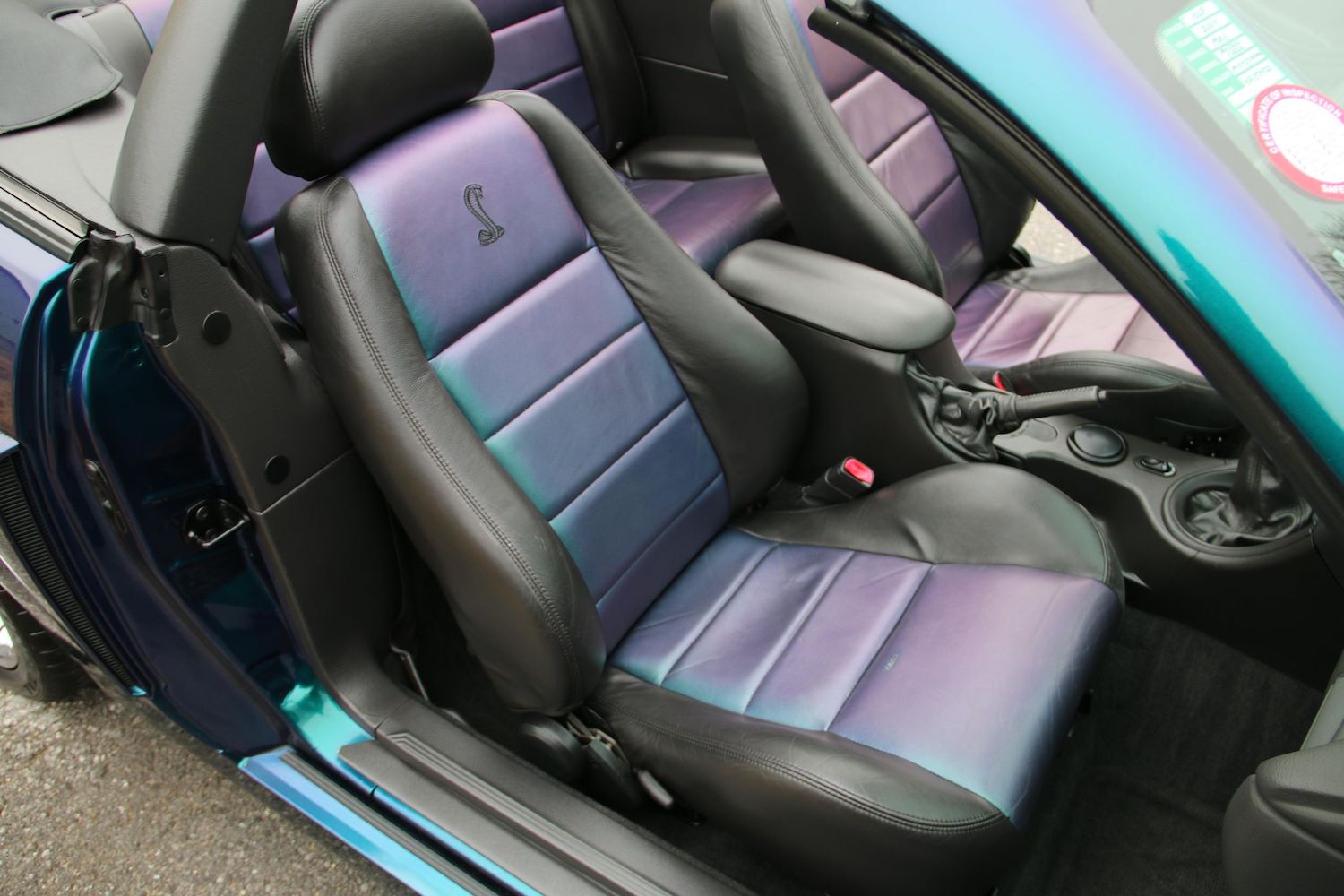 As if the color-shifting exterior isn’t cool enough, this Cobra convertible also sports Mystichrome inserts on its seats, which add a splash of color to the Dark Charcoal interior. Otherwise, it’s a nicely equipped example with the Mach 460 stereo system, a power soft top, and a six-way power-adjustable driver seat. 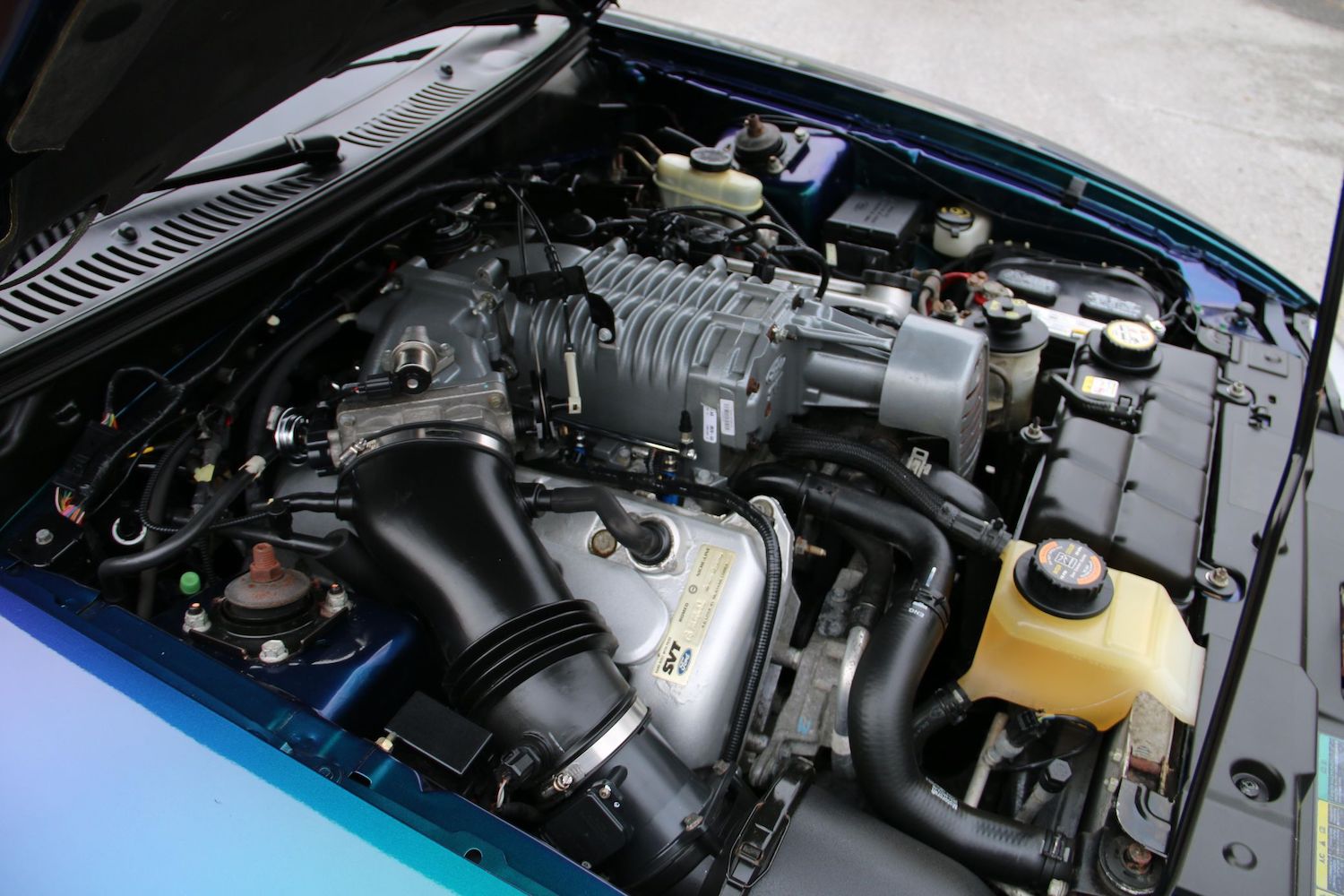 Since this is a Terminator generation Cobra, this car also is also packing a pretty desirable powerplant – Ford’s supercharged 4.6L V8, which cranks out an even 390 horsepower and 390 pound-feet of torque. That power flows to the rear wheels via a six-speed manual gearbox and a limited-slip rear differential fitted with 3.55 gears. 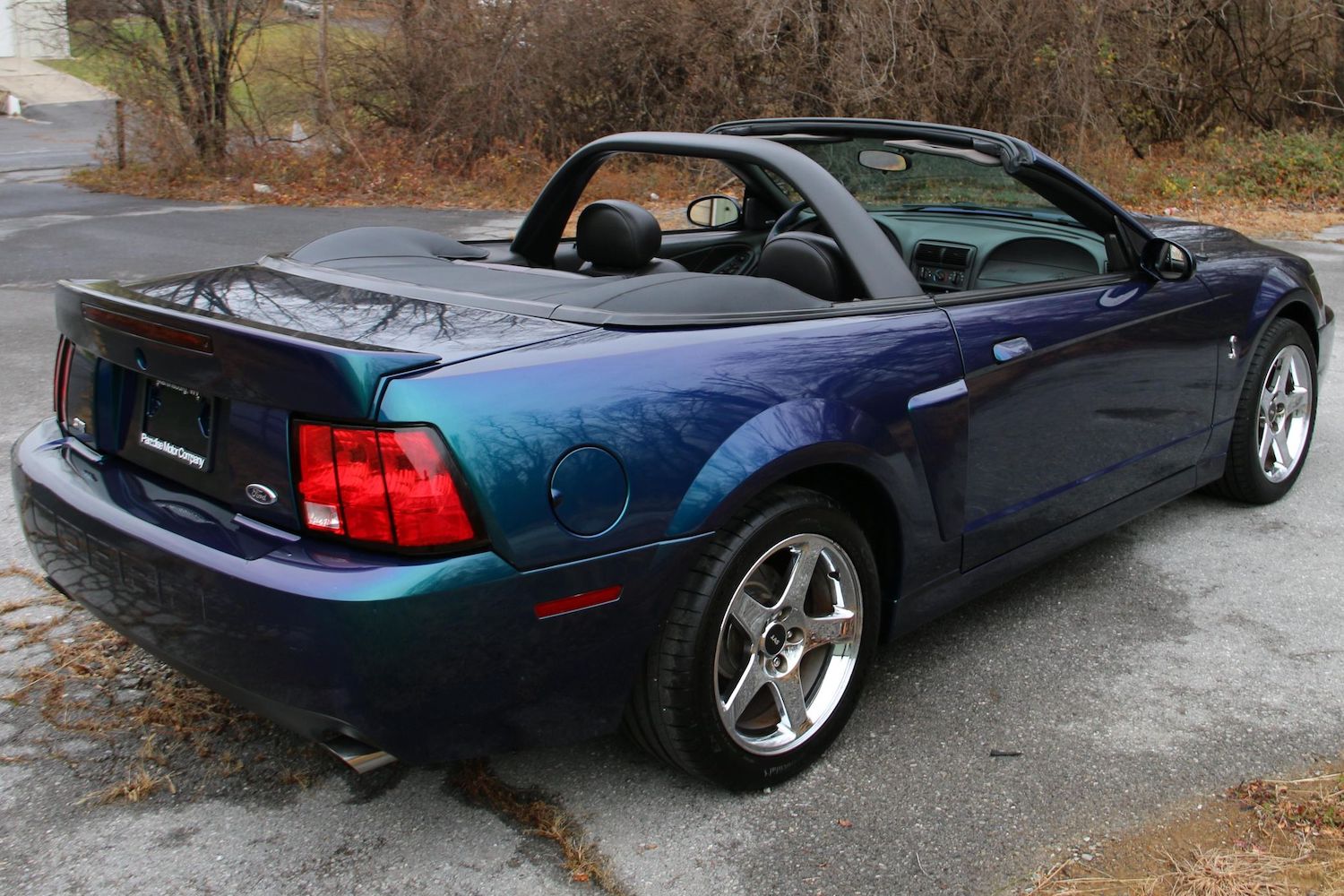 It isn’t every day we come across a Mystic/Mystichrome Cobra of any type, making this supremely nice example a truly special find. And while it’s too early to tell, we wouldn’t be surprised if it goes for pretty solid money when the auction is over in a week or so.

We’ll have more cool auction finds like this to share soon, so be sure to subscribe to Ford Authority for more Ford Mustang news and around-the-clock Ford news coverage.