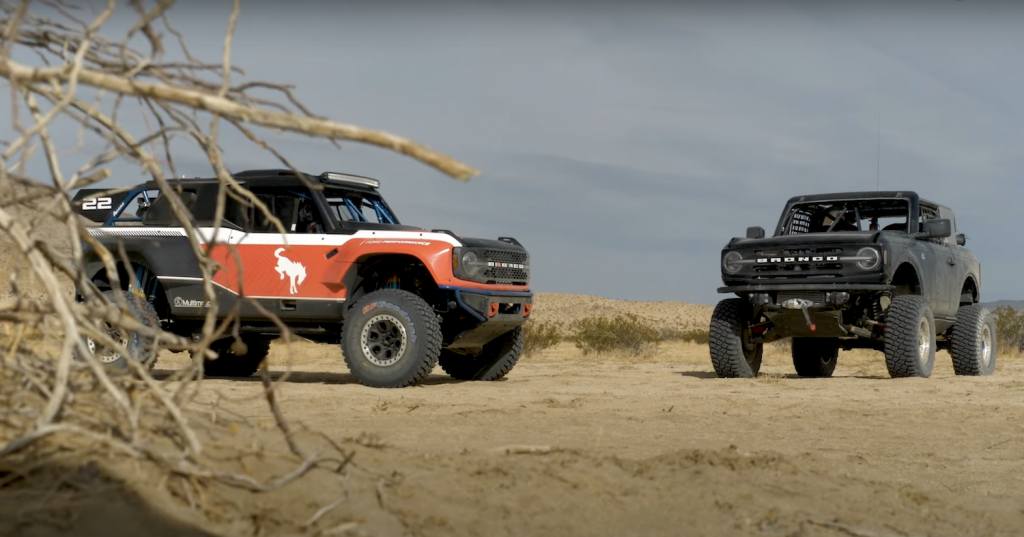 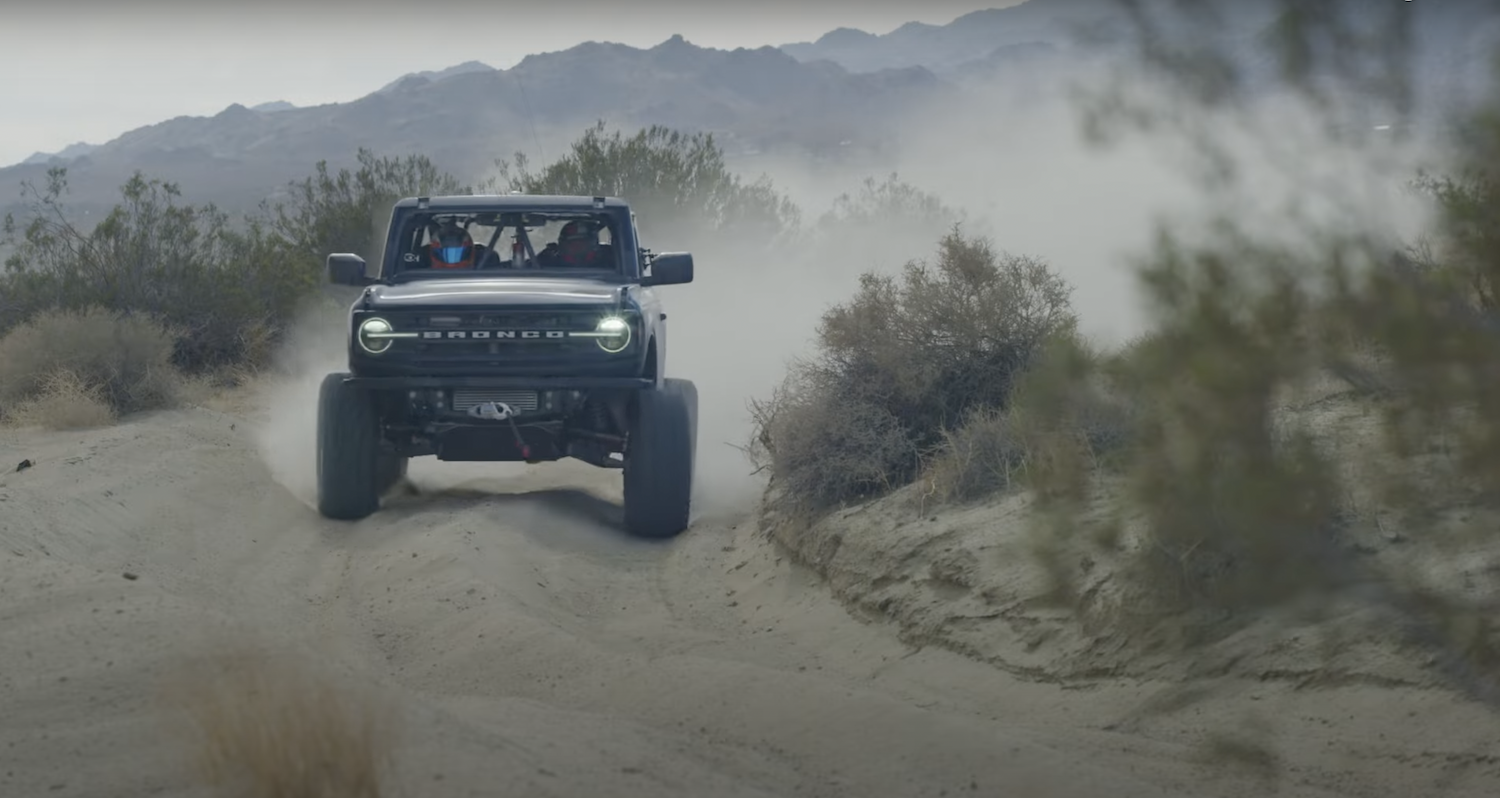 As Ford Performance powertrain hardware supervisor Christian Hertrich points out in the video, the Bronco 4600 was still in the very early stages of development when it debuted at the 2021 King of the Hammers race, which means there’s much improvement to be made. The team is accomplishing that by using onboard sensors to gather data. Hertrich also notes that both the 4600 and DR were built to do different things. 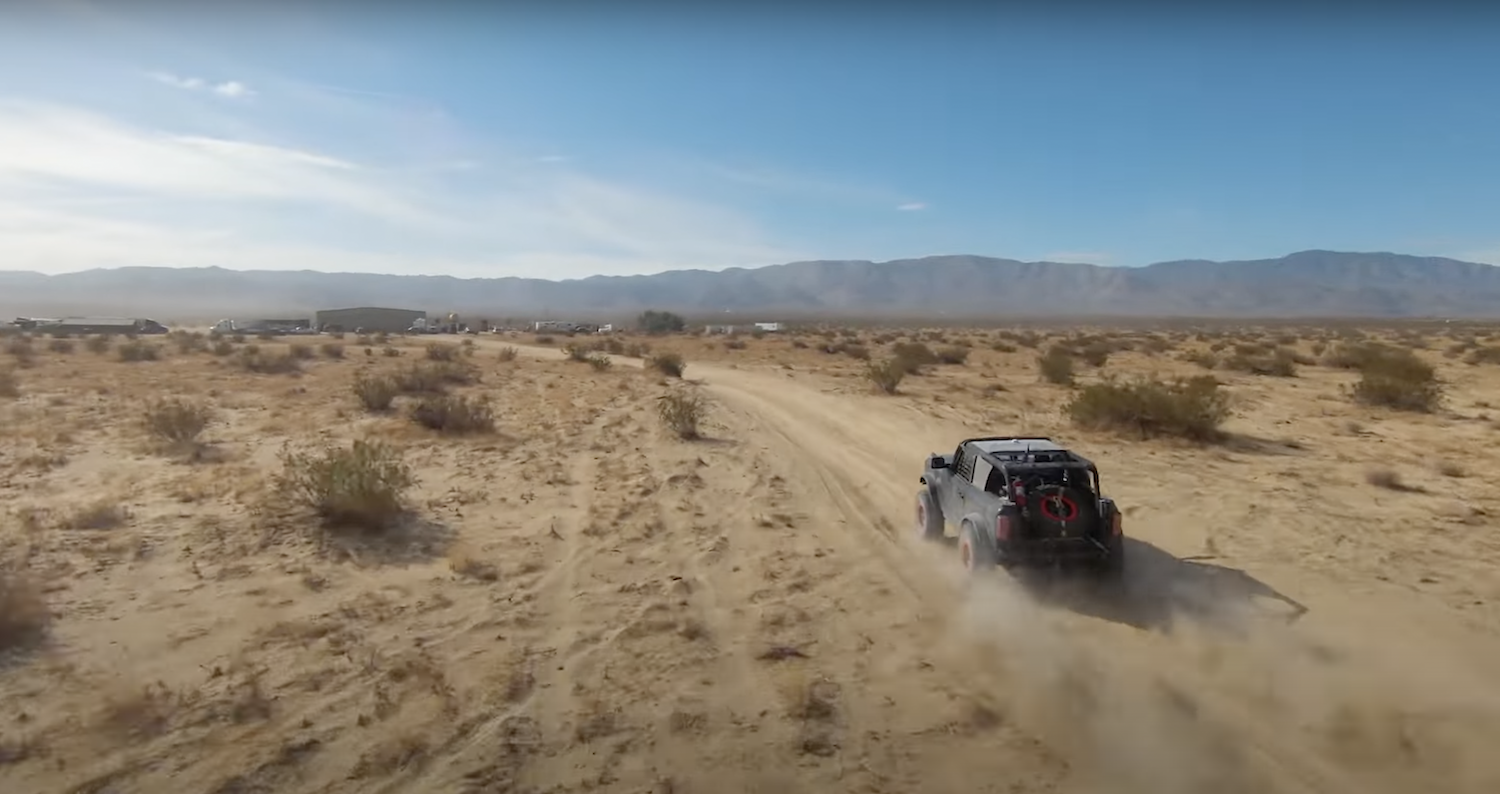 The DR is a desert racing vehicle, while the 4600 is more of a rock crawler, which is pretty evident from the equipment each has been fitted with. The Bronco DR is powered by Ford’s 5.0L Coyote V8 and is fitted with resin transfer molded (RTM) fiberglass panels to help shed weight. Underneath, the DR touts an enhanced version of the Bronco’s High-Performance Off-Road Stability Suspension (H.O.S.S.) system, Multimatic Positional Selective DSSV Dampers, and Multimatic-designed billet aluminum lower control arms.

On the flip side, the 4600 utilizes the stock 2.7L EcoBoost I-4 present in the 2021 Ford Bronco and rides on a competition-tuned version of the H.O.S.S. system, Fox coilover shocks with remote reservoirs, and Fox pneumatic bump stops at all four corners. It also features a factory Dana AdvanTEK e-locking differential with RCV custom half-shafts, Triton Engineering rear links, a Dynatrac ProRock XD60 axle, an ARB 35-spline Air Locker, and Spidertrax Spider 9 axle shafts and hubs.

We’ll have more on these Bronco racers soon, so be sure and subscribe to Ford Authority for more Ford Bronco news and around-the-clock Ford news coverage.