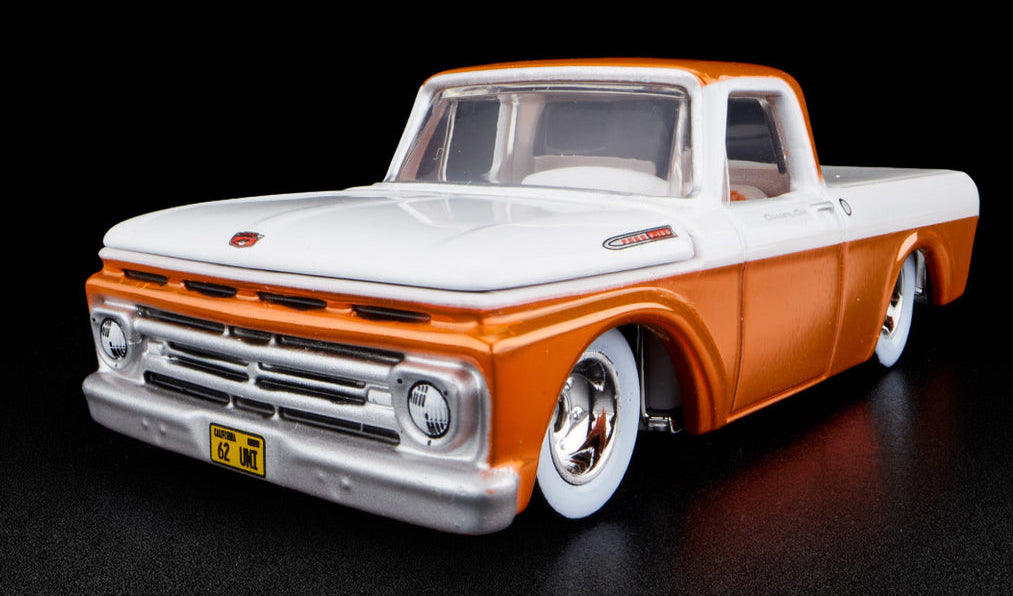 The Ford F-Series is a truly enduring legend in the automotive world, and as such, has enjoyed a number of iconic models over the past several decades. That includes the early 1960s Ford F-100 “unibody” pickup, a truck that eliminated the gap between the cab and the bed in the name of style, which later became a popular customization target among hot rodders. Now, Hot Wheels is celebrating the 1962 Ford F-100 by creating a special Red Line Club exclusive diecast model that will be available for members to purchase tomorrow, February 15th, 2022, at 9 am PT for $25.

This special 1962 Ford F-100 isn’t stock in terms of its appearance, instead opting for a custom look with a Spectraflame bright orange and gloss white two-tone paint job, authentic logos, a white tonneau cover, a “lowered” suspension, and Real Riders deep-dish wheels with whitewall tires. Together with the truck’s smooth, “one-piece” body style, it’s easy to see why hot rodders love this particular F-Series generation now as much as they did decades ago when it first graced this earth. 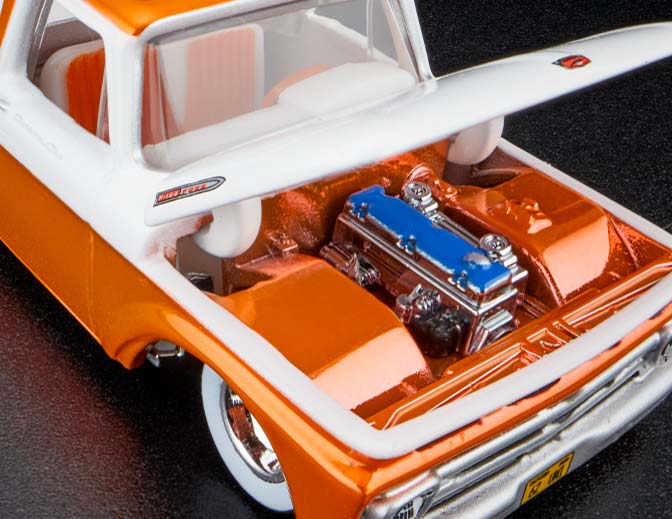 The custom look doesn’t end on the exterior of this cool diecast model, however. It extends to the inside, where one will find a pearl white interior with orange accents that perfectly complement the outside. The engine bay that lies beneath the functional hood is highly detailed as well, with orange painted inner fenders highlighting a chromed-out powerplant.

This tasty-looking orange creamsicle diecast pickup model comes packaged on an illustrated RLC blister card and packed in a Kar Keepers clamshell case, so it can stay protected from the elements. However, we’d personally have a hard time resisting the urge to take it out of the package and check out all of its cool features up close. Those that want to purchase this slick model can do so by heading over here tomorrow, though it is limited to one per club membership and five per household.

We’ll have more cool Ford-related toys like this to share soon, so be sure and subscribe to Ford Authority for the latest Ford F-Series news, Ford F-100 news, and continuous Ford news coverage.