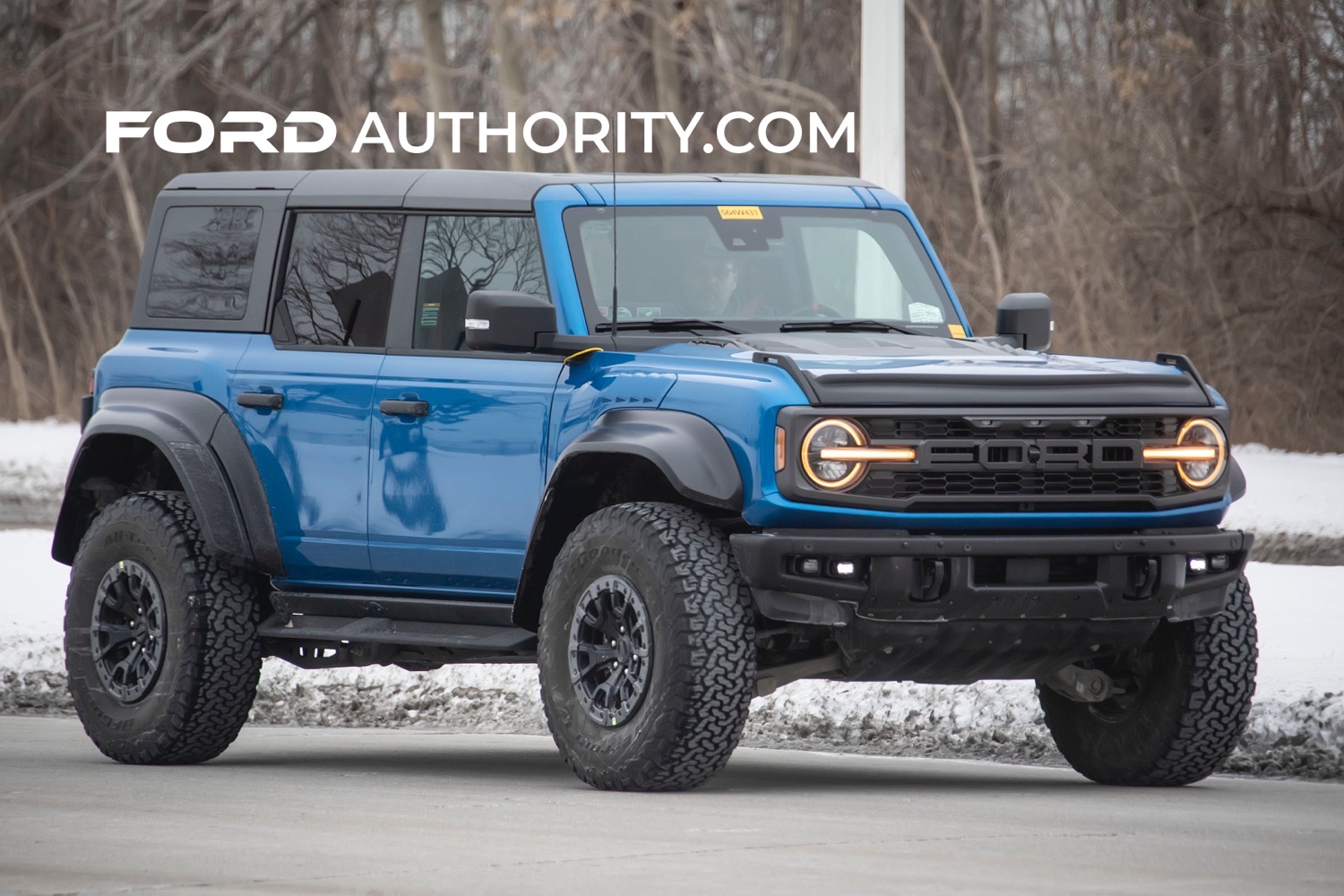 The 2022 Ford Bronco Raptor was revealed last month wearing a familiar Ford Performance color also available on the Ford F-150 Raptor and Ford Mustang Shelby GT500 – Code Orange – and Ford Authority spies spotted the high-performance off-road SUV finished in that same color just a couple of weeks later. In the days since, those same spies captured the rugged new model finished in Iconic Silver for the very first time, followed by a Shadow Black example. Now, we have photos of a Velocity Blue 2022 Ford Bronco Raptor to share as well. 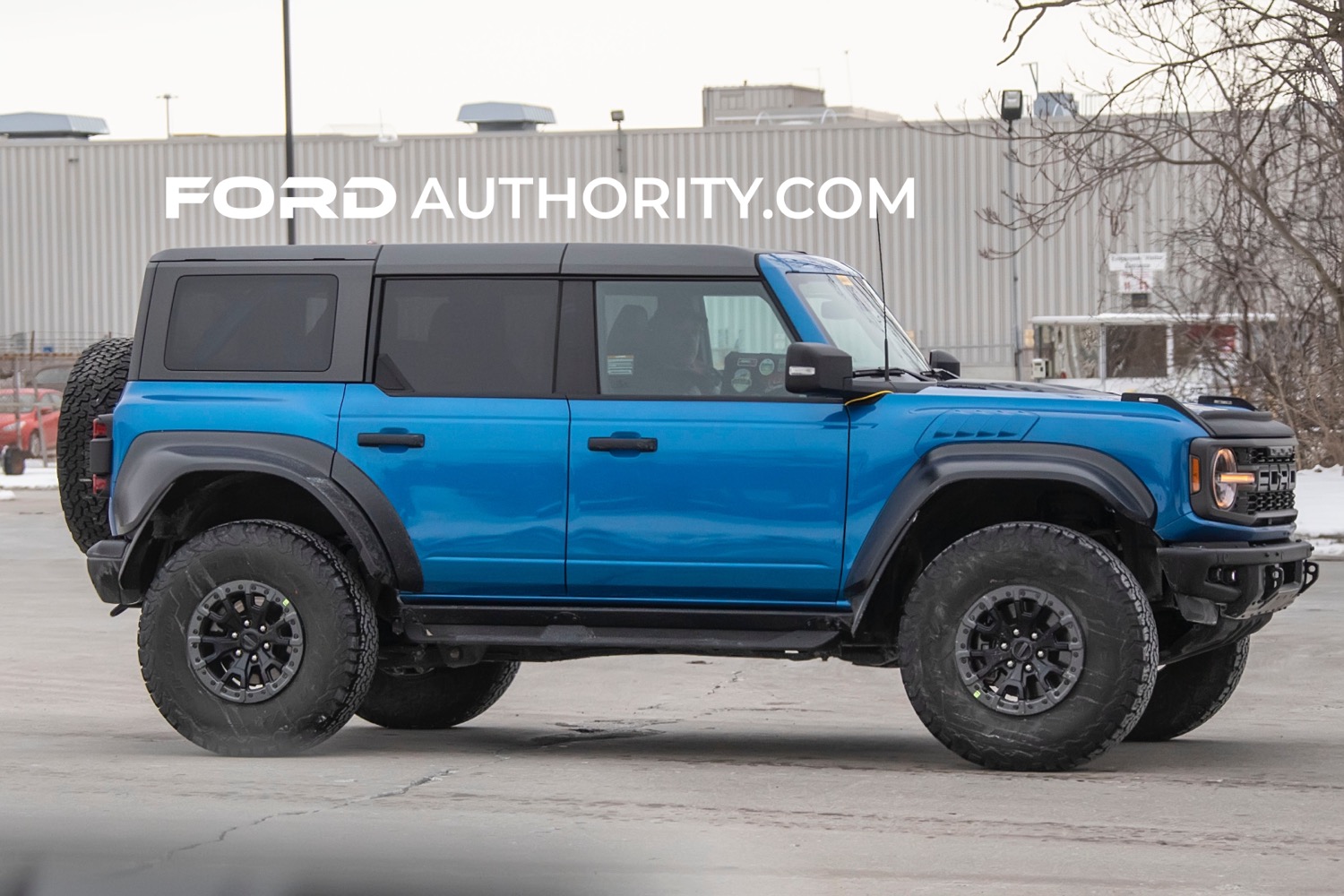 The Bronco Raptor is easy to distinguish from other models in the Ford Bronco lineup thanks to its more aggressive styling, which starts up front with a “FORD” script grille, unique headlights with amber daytime running lights, and integrated amber marking lamps. The Bronco Raptor comes equipped with Ford’s Heavy-Duty Modular front bumper, which has been fitted with tow hooks, removable bumper end caps, integrated removable Rigid LED fog lamps, and Rigid off-road lamps. The fortified SUV also features a more muscular hood finished in molded-in-color Carbon Black with an integrated vent and a pair of Raptor badges. 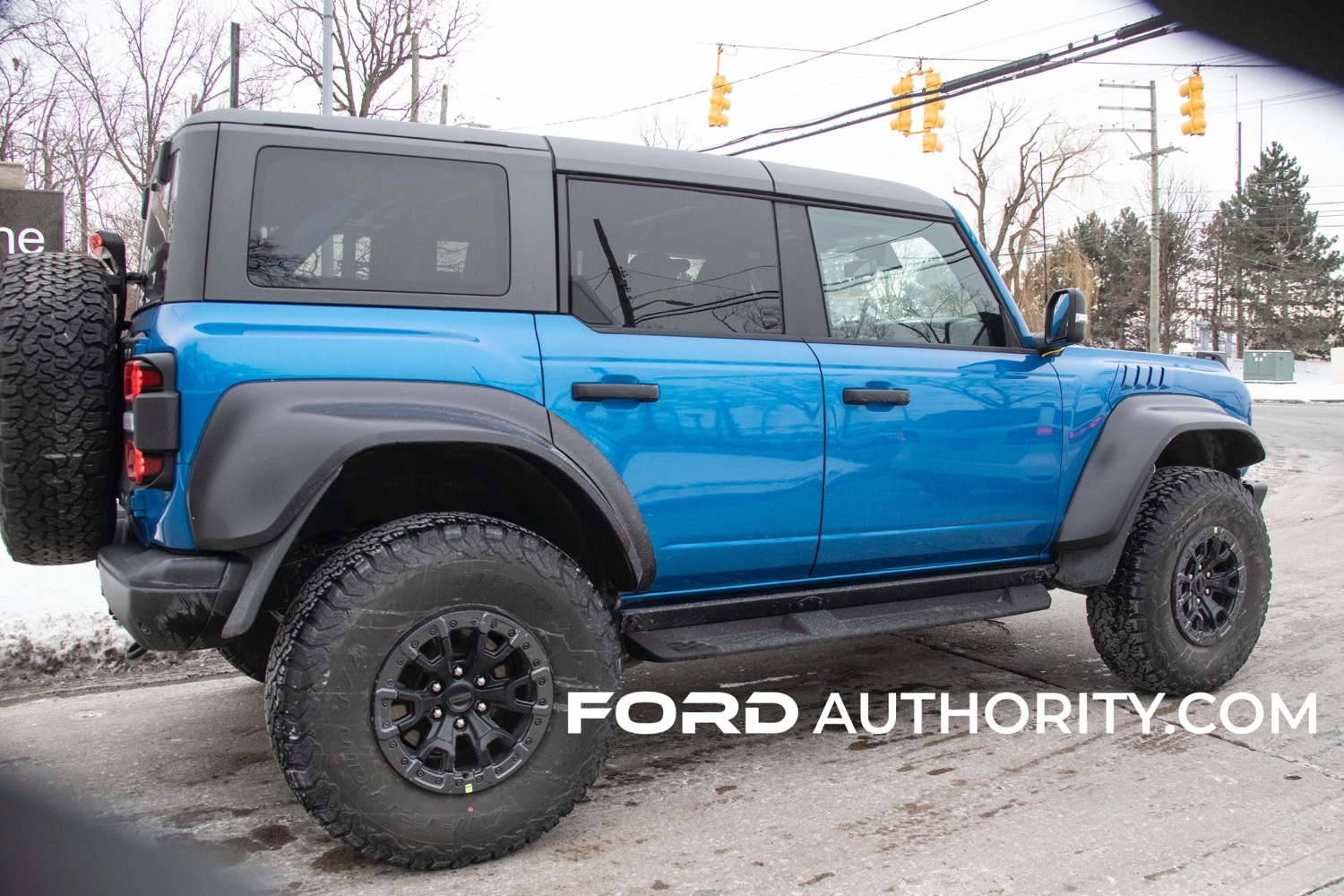 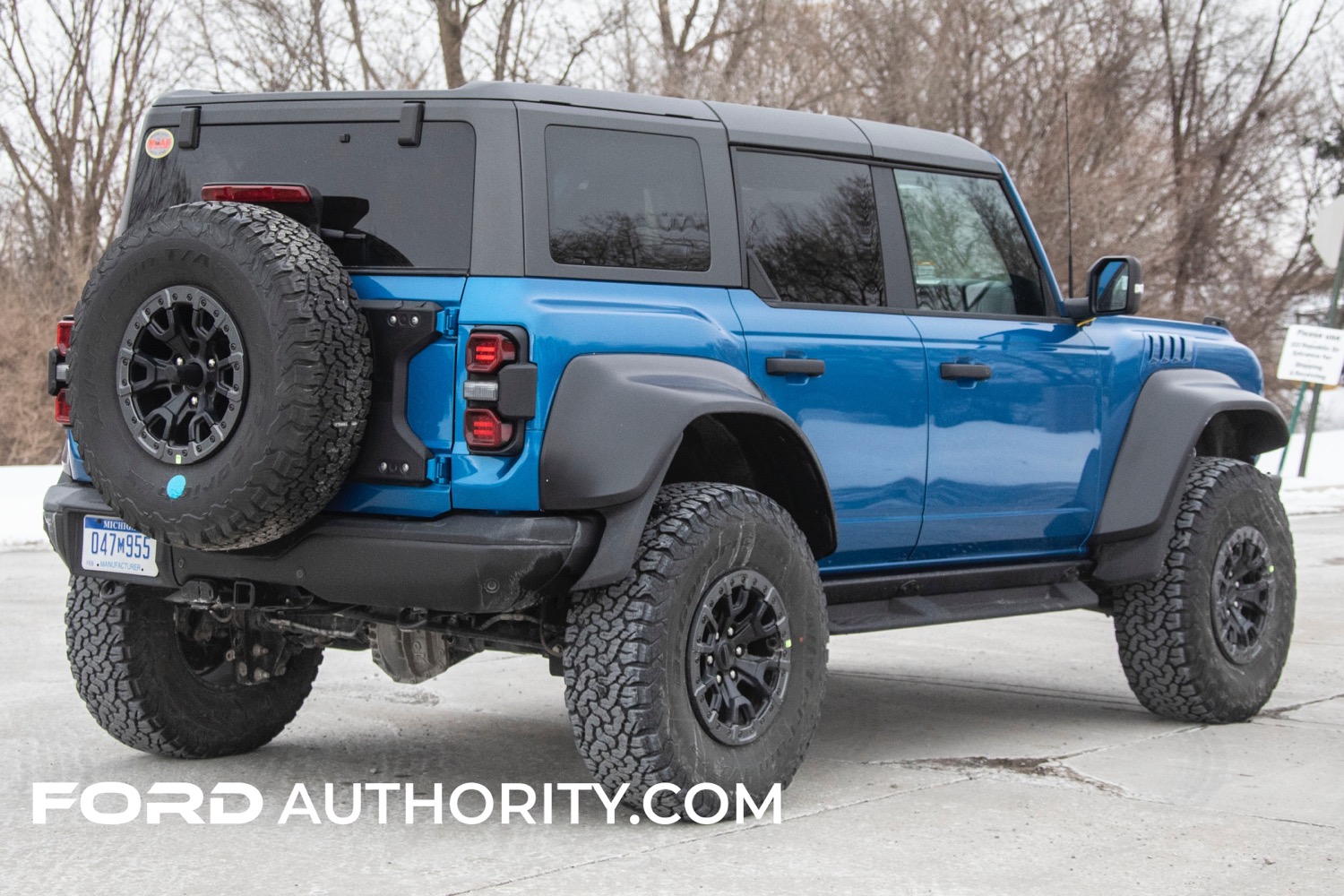 From the rear, we can see the Bronco Raptor’s unique taillights, as well as a stronger spare tire carrier on the tailgate that’s needed to support the larger and heavier wheel and tire mounted there. 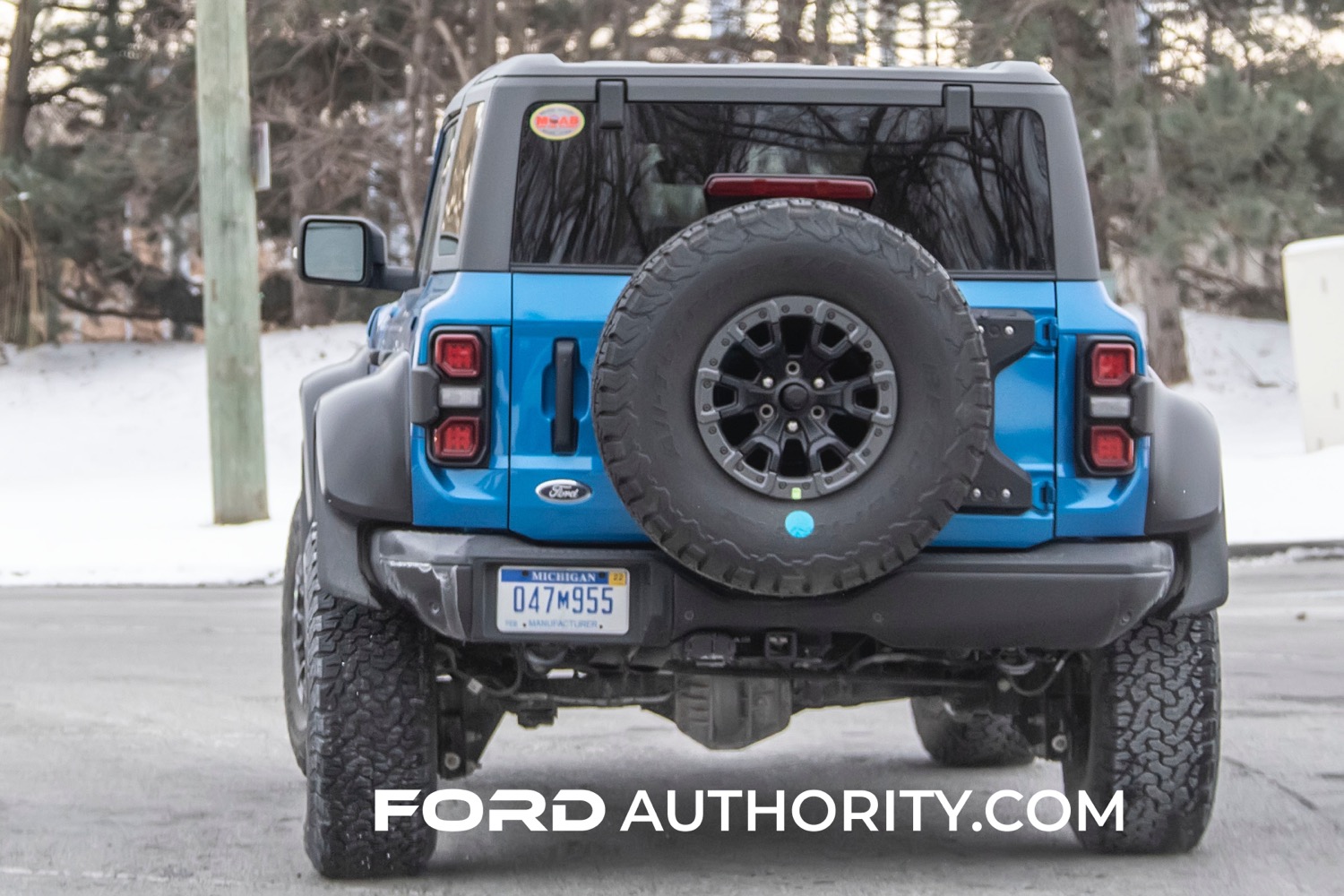 The 2022 Ford Bronco Raptor will be built in very limited quantities, with deliveries starting this summer. Carryover 2021 Bronco reservation holders will get first dibs on the high-performance off-roader, though those folks won’t be eligible for the same price protection offered on other 2022 Bronco models.

We’ll be more on the Bronco Raptor soon, so be sure and subscribe to Ford Authority for more Ford Bronco news and ongoing Ford news coverage. 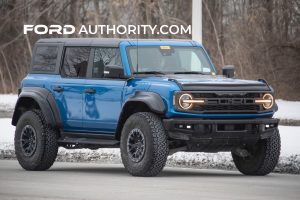 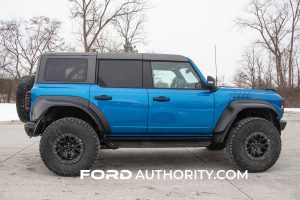 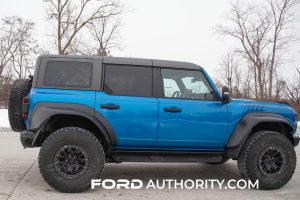 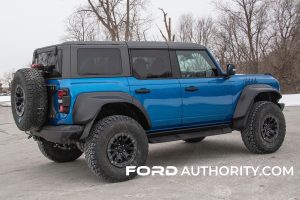 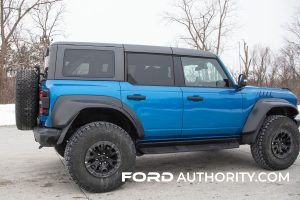 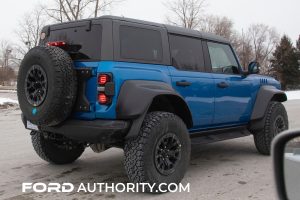 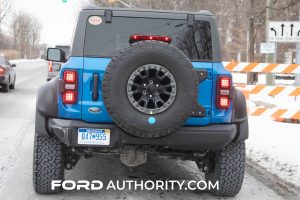 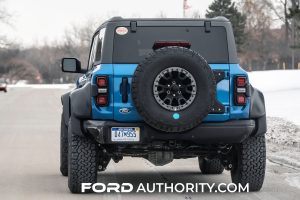 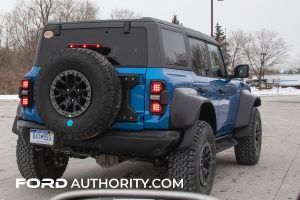 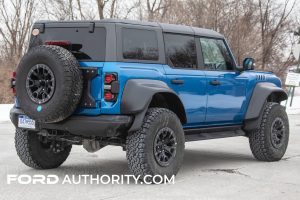 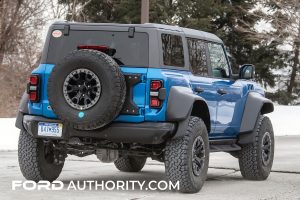 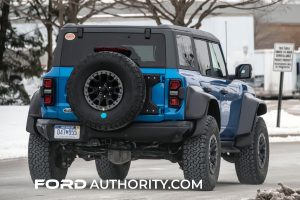 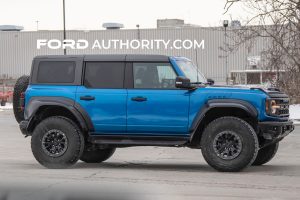 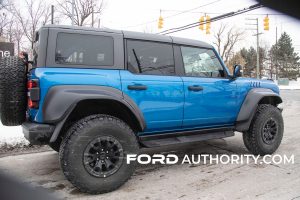 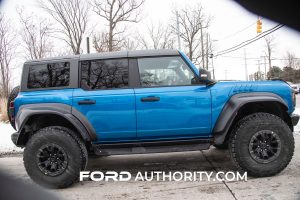 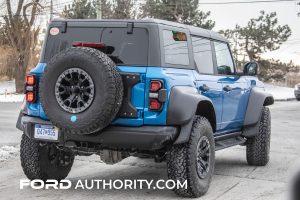