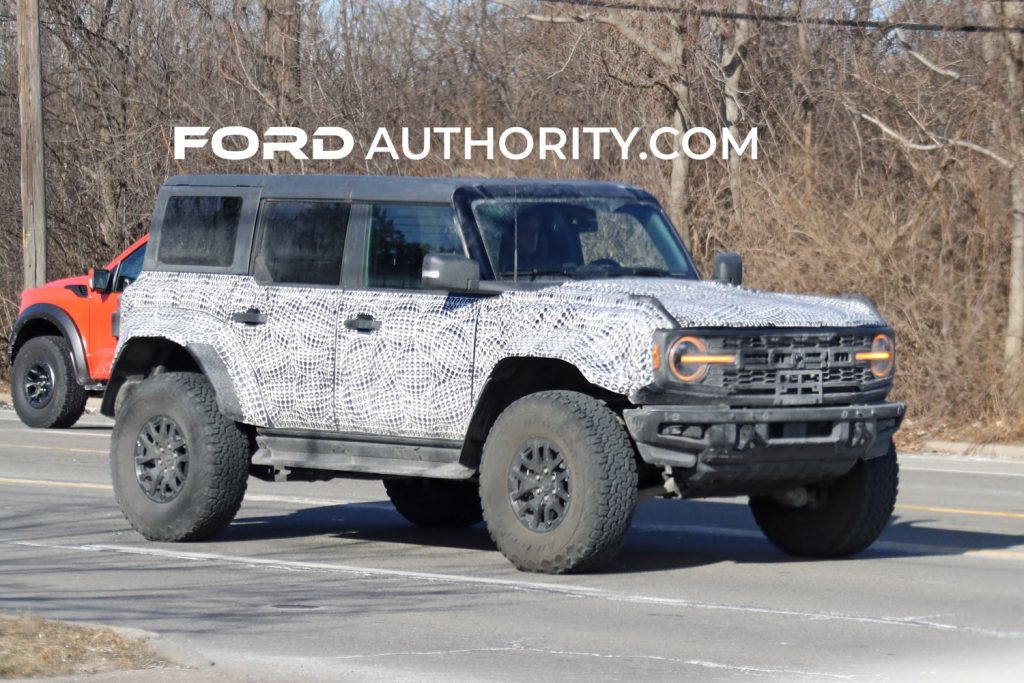 Front license plates routinely draw the ire of automotive enthusiasts, who generally feel that sticking a plate up from ruins the look of most vehicles. That may be true, but unfortunately, front license plates are still required in quite a few U.S. states, which means that a lot of folks will be forced to stick one on their sixth-generation Ford Bronco. We saw what this looks like way back in 2020 on the regular Bronco, but now, Ford Authority spies have spotted a 2022 Ford Bronco Raptor sporting a front license plate bracket, too. 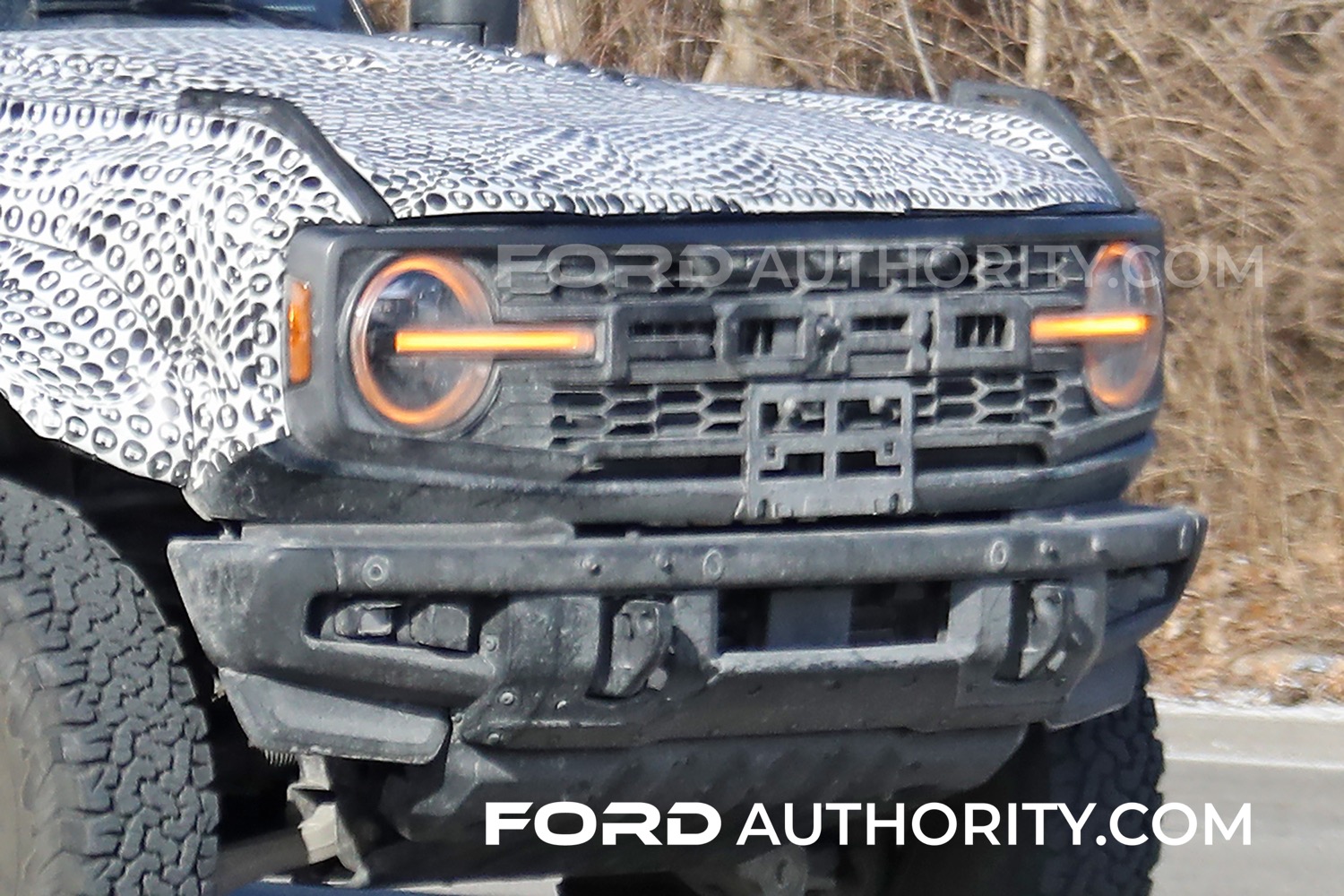 As expected, the front license plate bracket on the 2022 Ford Bronco Raptor is located in the same position as the one on the regular Bronco, which means smack in the middle of the bottom portion of the front grille. On the bright side, the bracket doesn’t cover up the Bronco Raptor’s “Ford” script grille, and should also slot neatly in the middle of a push bar if owners plan to install one. The front license plate bracket comes as standard equipment on all 2022 Bronco models that are sold in states that require a front plate and is an option in all other states.

On the downside, the regular Bronco’s front license plate bracket is often riveted into the bodywork, which makes it somewhat permanent and leaves holes behind if it’s removed. However, the aftermarket is often quick to develop better solutions to problems like these, and some have come up with front license plate brackets for other vehicles that attach without any permanent modifications required. 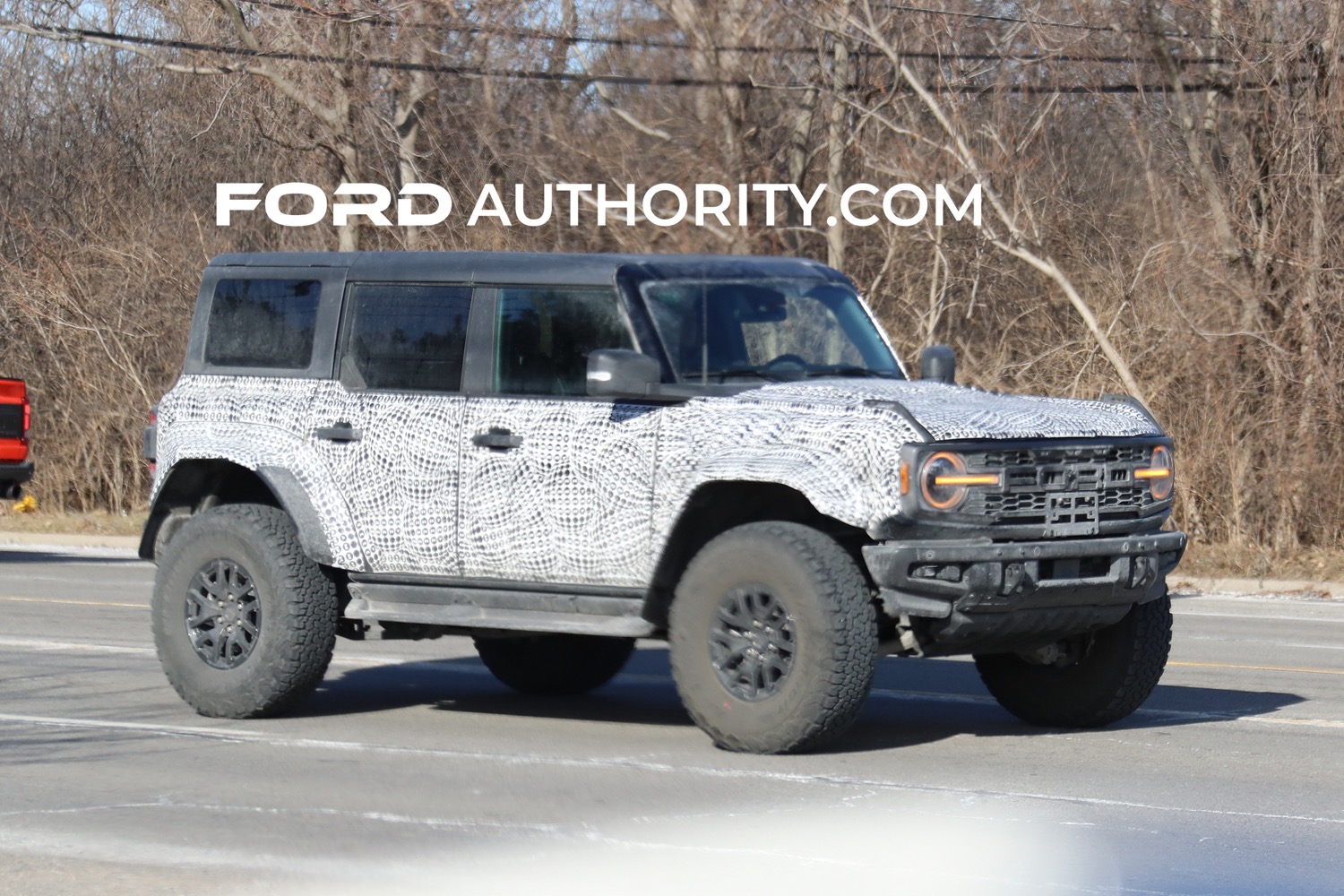 While this particular 2022 Bronco Raptor prototype is covered in camo, Ford Authority spies have spotted a number of uncovered versions of the ultimate off-road Bronco variant in various colors over the past few months, including Code Orange, Iconic Silver, Shadow Black, Velocity Blue, Cactus Gray, and Eruption Green.

We’ll have more on the Bronco Raptor soon, so be sure and subscribe to Ford Authority for more Ford Bronco news and continuous Ford news coverage.

Digital License Plates Coming To Michigan In 2021, Other States To Follow