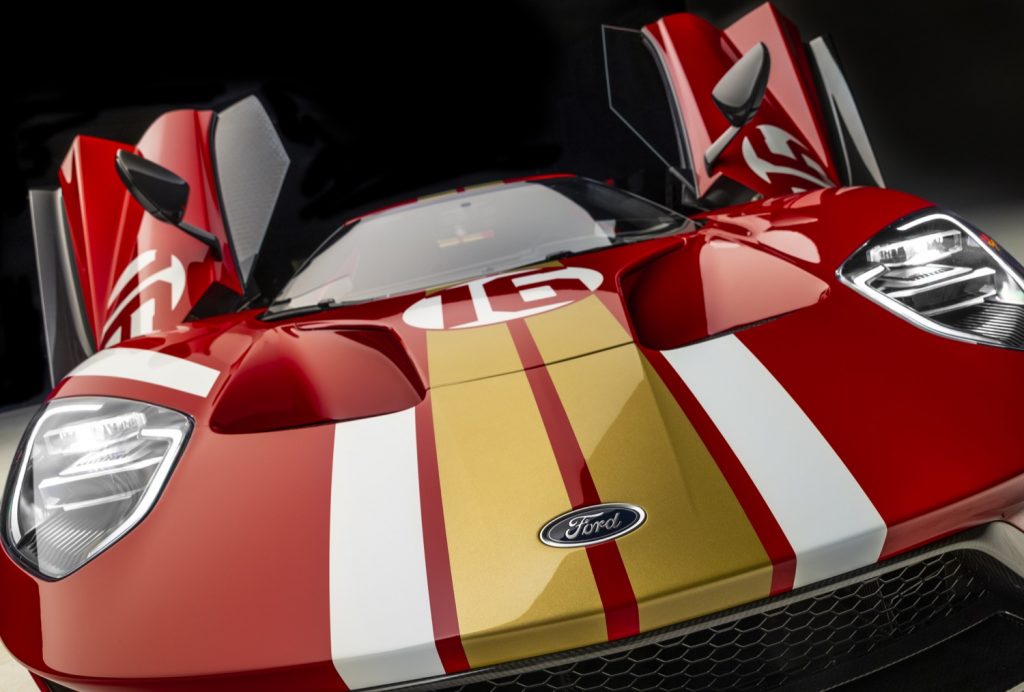 The latest limited-edition Ford GT hearkens back to Alan Mann Racing’s Ford GT lightweight experimental prototypes from 1965 and 1966. Back then, the racing team used lighter materials to create the AM GT-1, as well as a second car based on the GT Mk I. Neither of those prototypes won a major race, but the use of lightweight materials was similar to what helped Ford win Le Mans with the GT Mk II in 1966. It also inspired the construction of the current GT, which features a lightweight carbon fiber body. 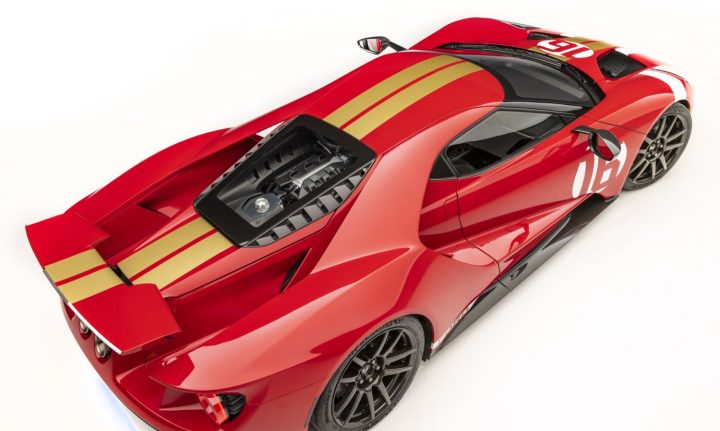 The 2022 Ford GT Alan Mann Heritage Edition is finished in the same red and gold livery as the race car that inspired it, as well as a dual over-the-roof racing stripe, Frozen White signature accent stripes, and roundels with the number 16 on the doors, hood, and underside of the rear wing. Exposed carbon fiber can be found on the wheels, front splitter, side sills, mirrors, engine louvers, and rear diffuser, while the car’s Brembo brake calipers are finished in black with red graphics.

Carbon fiber also adorns a variety of components inside the cabin including the door sills, console, and registers, while Ebony Alcantara-wrapped carbon fiber seats feature gold and red accent stitching. The GT logo appears on the seats and head restraints, while the instrument panel is wrapped in Ebony leather and Alcantara, with Ebony Alcantara adorning the pillars and headliner. 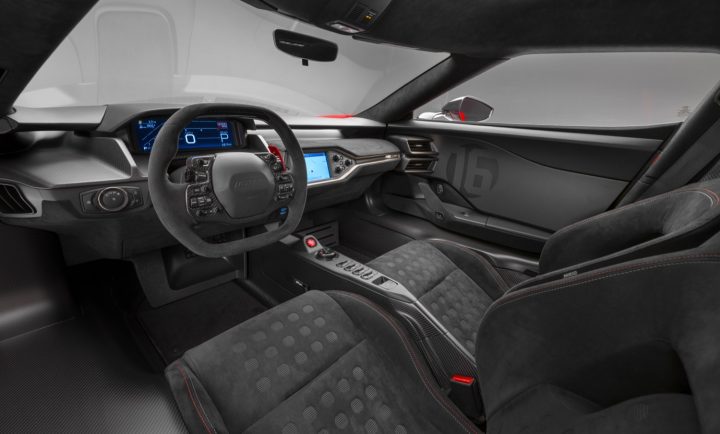 Gold appliqués on the instrument panel, door register bezels, and seat X-brace are paired with the matte carbon fiber registers, door sills, lower A-pillars, and console. Finally, the steering wheel is finished in Ebony Alcantara with black stitching, while the GT’s dual-clutch paddle shifters are finished in Alan Mann red, just like the exterior. 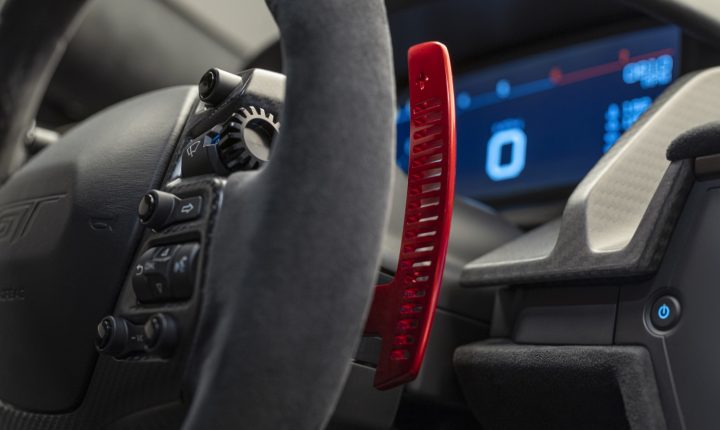 As is the case with all new Ford GTs, only approved customers can purchase the new Alan Mann Heritage Edition, with the very first deliveries of this limited-edition beauty beginning this quarter.

We’ll have more Ford GT soon, so be sure to subscribe to Ford Authority for more Ford GT News and around-the-clock Ford news coverage.