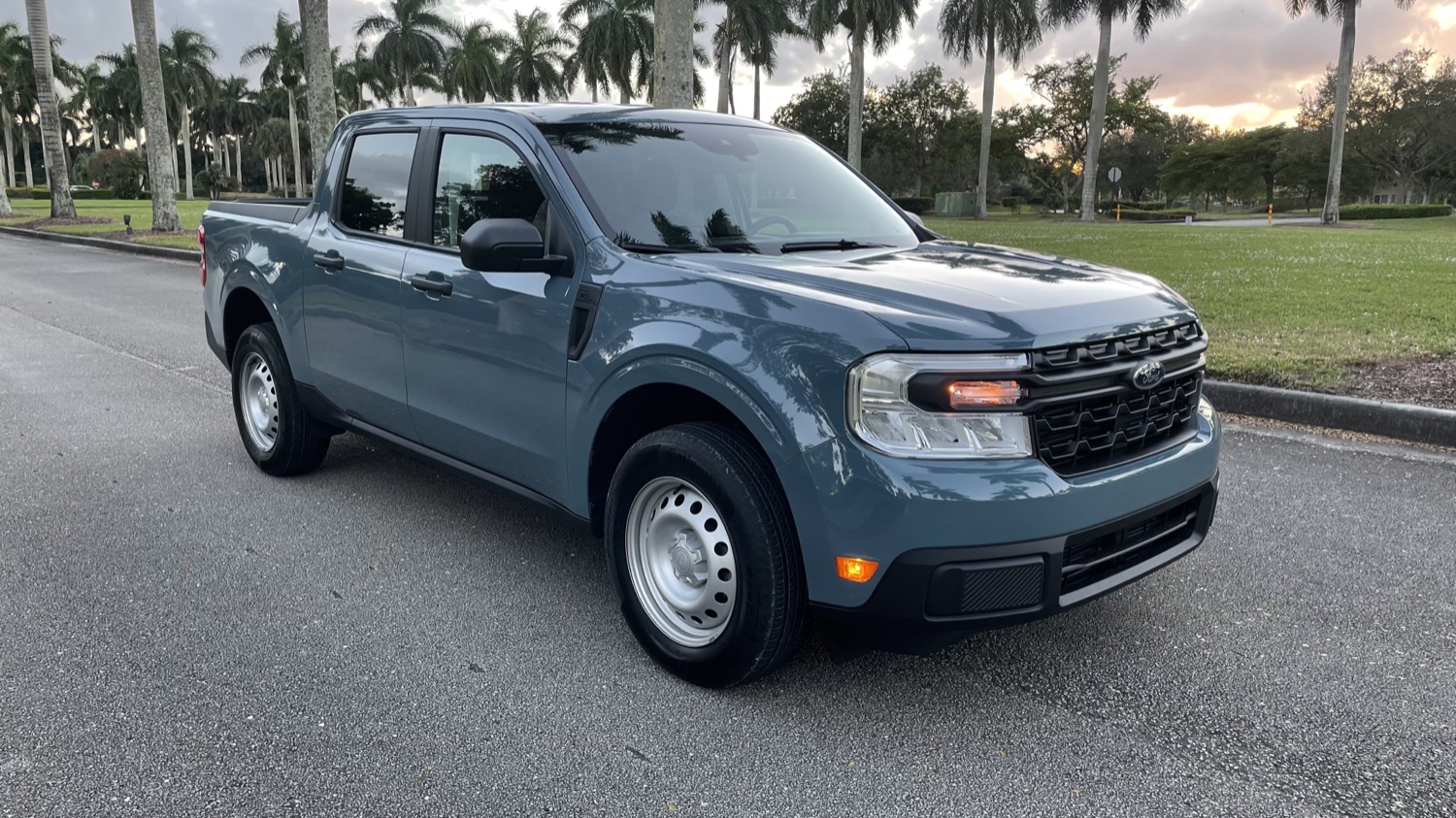 When The Blue Oval officially unveiled the 2022 Ford Maverick, it touted various DIY aspects it baked into the truck, like its flexible pickup bed and its FITS system, which are basically modular slots spread throughout the cabin that allow 3D printers to tailor their truck to exactly how’d they’d like. Those are official templates the company provided for owners, but as it turns out, some are completely willing to color far outside the lines dictated by the automaker. One particular member of the Maverick Truck Club did just that when they recently swapped out the stock 4.2-inch cluster for the 12.3-inch Digital Instrument Cluster from a 2020 Ford Escape Titanium, a move that surprisingly worked, even though its new home in the Maverick did ruffle the truck’s feathers. 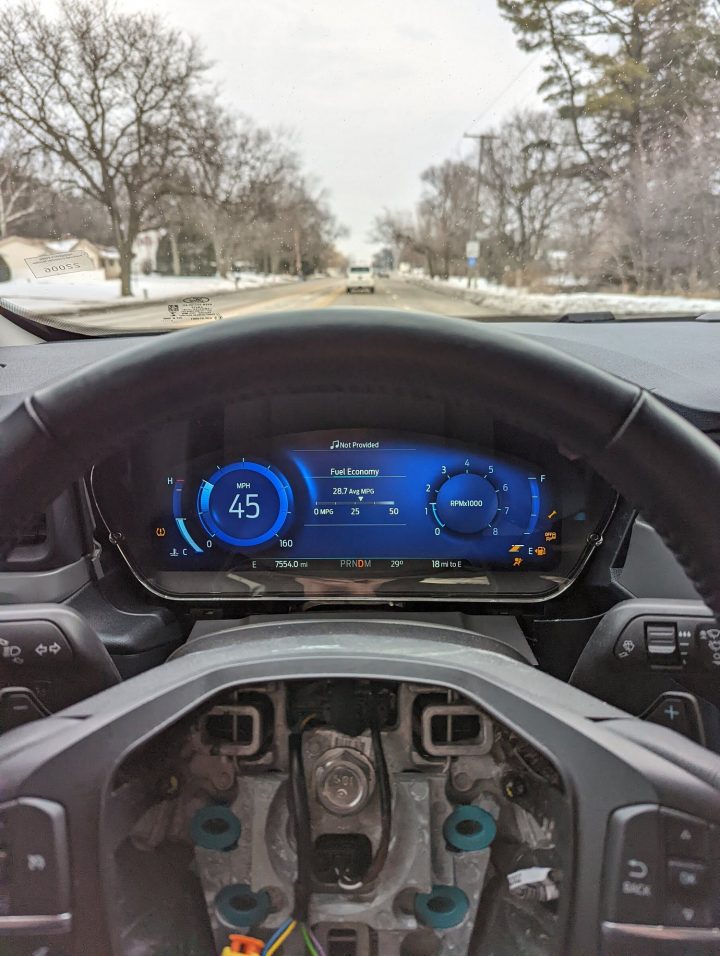 As it turns out, the 2022 Ford Maverick can easily accept and power the Escape’s 12.3-inch unit without any major issues, and the owner says it was essentially a plug and play ordeal. Without any major tinkering, the cluster displays the pickup’s current speed and outside temperature, in addition to the selected gear. It also appears to correctly display the engine temperature status and compass heading. The swap did result in some speed bumps however, as the cluster instantly displayed tons of fault codes for all the features it thinks are not working, which the Maverick doesn’t have. The ease at which it works is likely due to the fact that both vehicles utilize the Ford C2 Platform, a modular architecture employed by several Ford Motor Company products like the Ford Bronco Sport and Ford Focus.

In any event, it appears that the digital fuel gauge and related functions cannot correctly work in the Maverick because the pickup uses one fuel sending unit as opposed to the Escape, which employs two. However, other members of the forum seem to think that a solution to that issue isn’t outside the realm of possibility. Aside from more critical functions, it also appears that the swapped cluster cannot display any type of audio information. 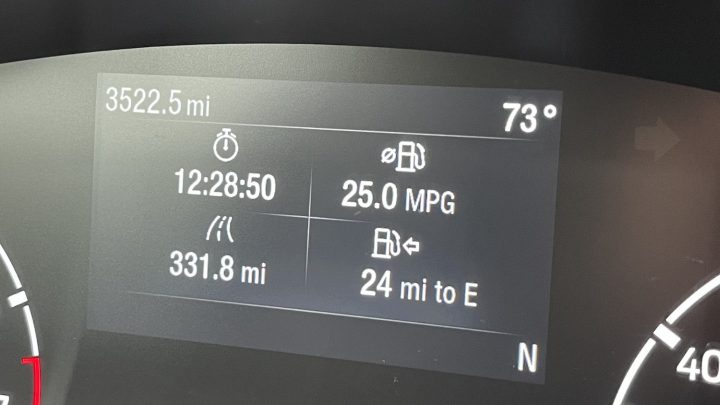 Despite the mixed results of this swap, this is potentially encouraging news for anyone with a 2022 Ford Maverick looking to upgrade their clusters. Currently, in addition to the standard 4.2-inch unit, there is one other instrument cluster in the lineup. That 6.5-inch unit is included with the FX4 Off-Road Package on XLT and comes standard on Lariat models. Aside from being configurable, the benefits of the 12.3-inch on the Escape relates to hybrid models, as it displays some very slick-looking information about that powertrain’s operation on its screen. It will be interesting to see if intrepid Maverick owners will be able to unlock that functionality on their pickups, if they are brave enough to embark on such a quest. 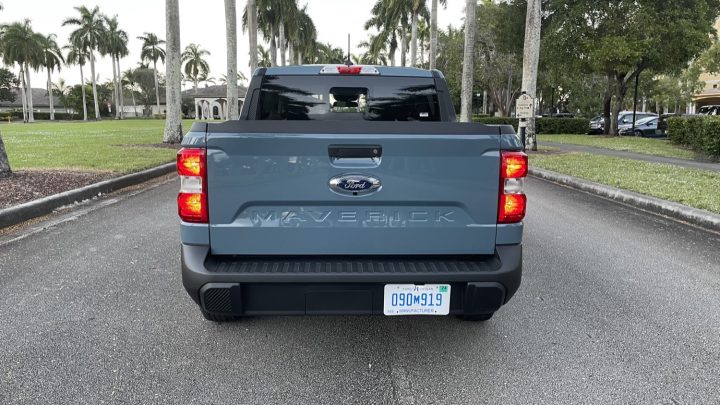 As Ford Authority previously reported, this isn’t the first time a Maverick XL has been outfitted with equipment it wasn’t intended to have. Currently, the 2022 Ford Maverick XL cannot be configured with basic cruise control, forcing buyers who want the option to step up to the XLT trim. However, a company called Rostra Accessories does offer a kit for those that desire it. Maverick owners thinking about either project would do well to consult with their local Ford dealer before committing to them though, to make sure they don’t complicate service or warranty repairs down the line.