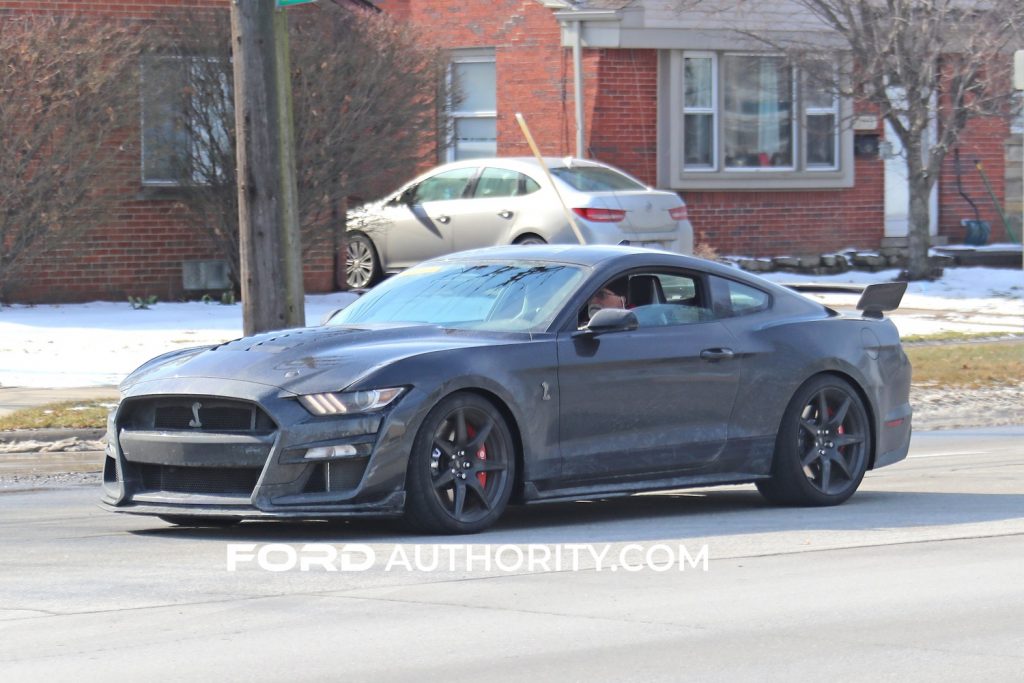 The 2022 Ford Mustang Shelby GT500 carries over to the new model year mostly unchanged, but the ultimate pony car does bring forth a few updates, as well as some new color choices. One of those new hues is Dark Matter Gray, which is the color that adorns the flanks of this 2022 Ford Mustang Shelby GT500 that was recently spotted driving around by Ford Authority spies. 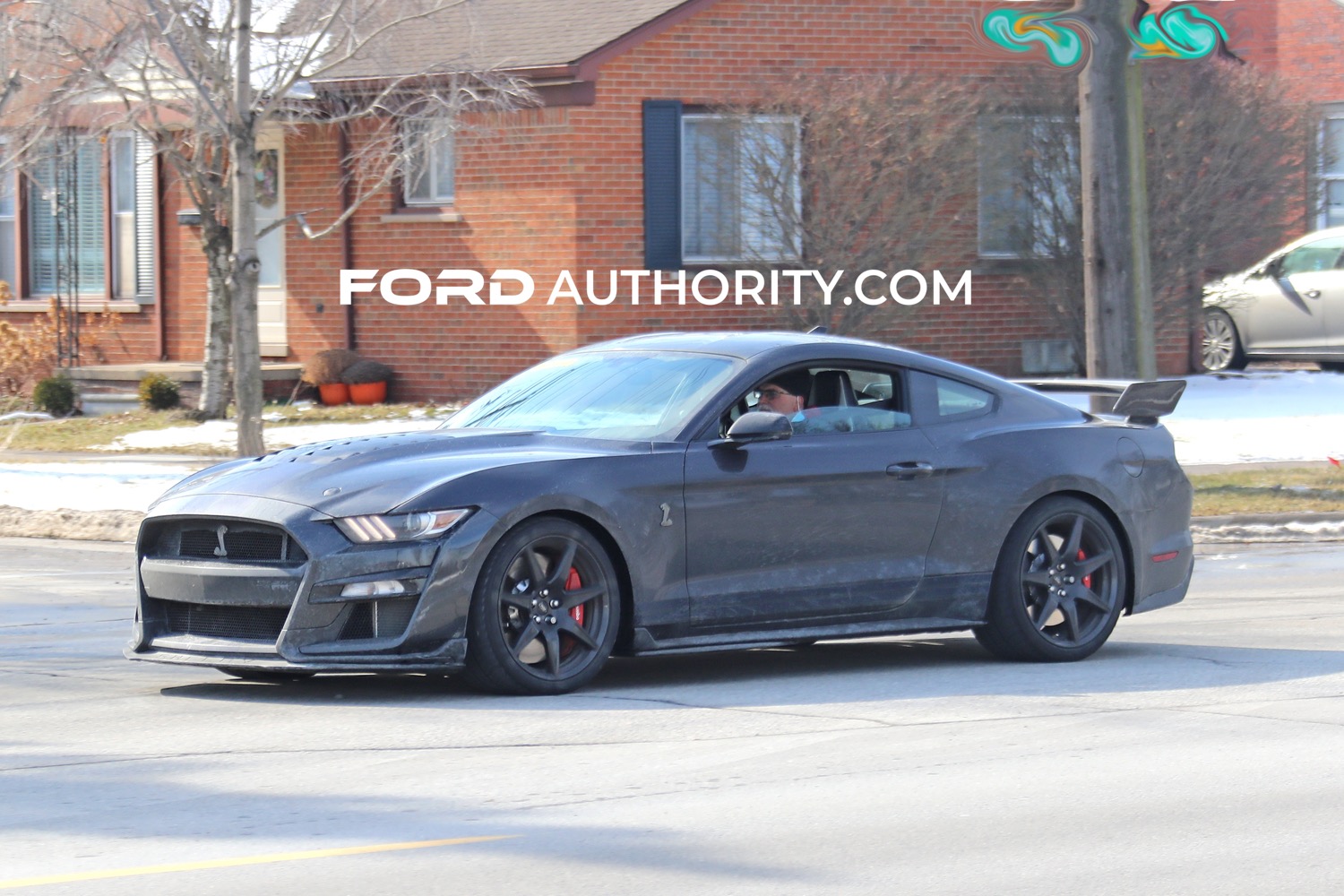 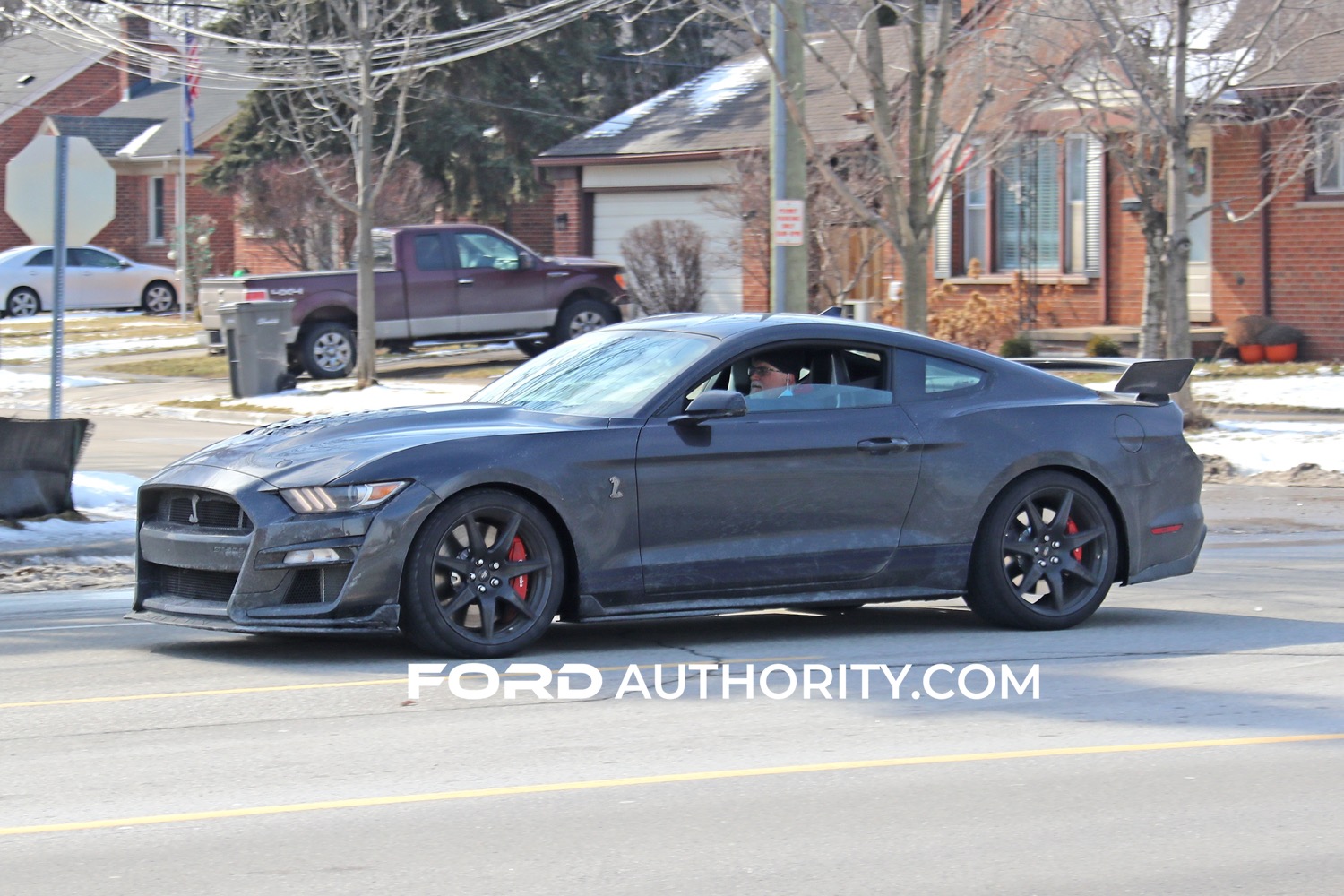 Otherwise, changes to the 2022 Mustang Shelby GT500 are minimal. The biggest addition is the launch of the new Heritage Edition, which pays homage to the original 1967 Shelby GT500 with Brittany Blue paint and two different exterior stripe options – vinyl or hand-painted – which can be had in Wimbledon White or Absolute Black in the case of the painted stripes. 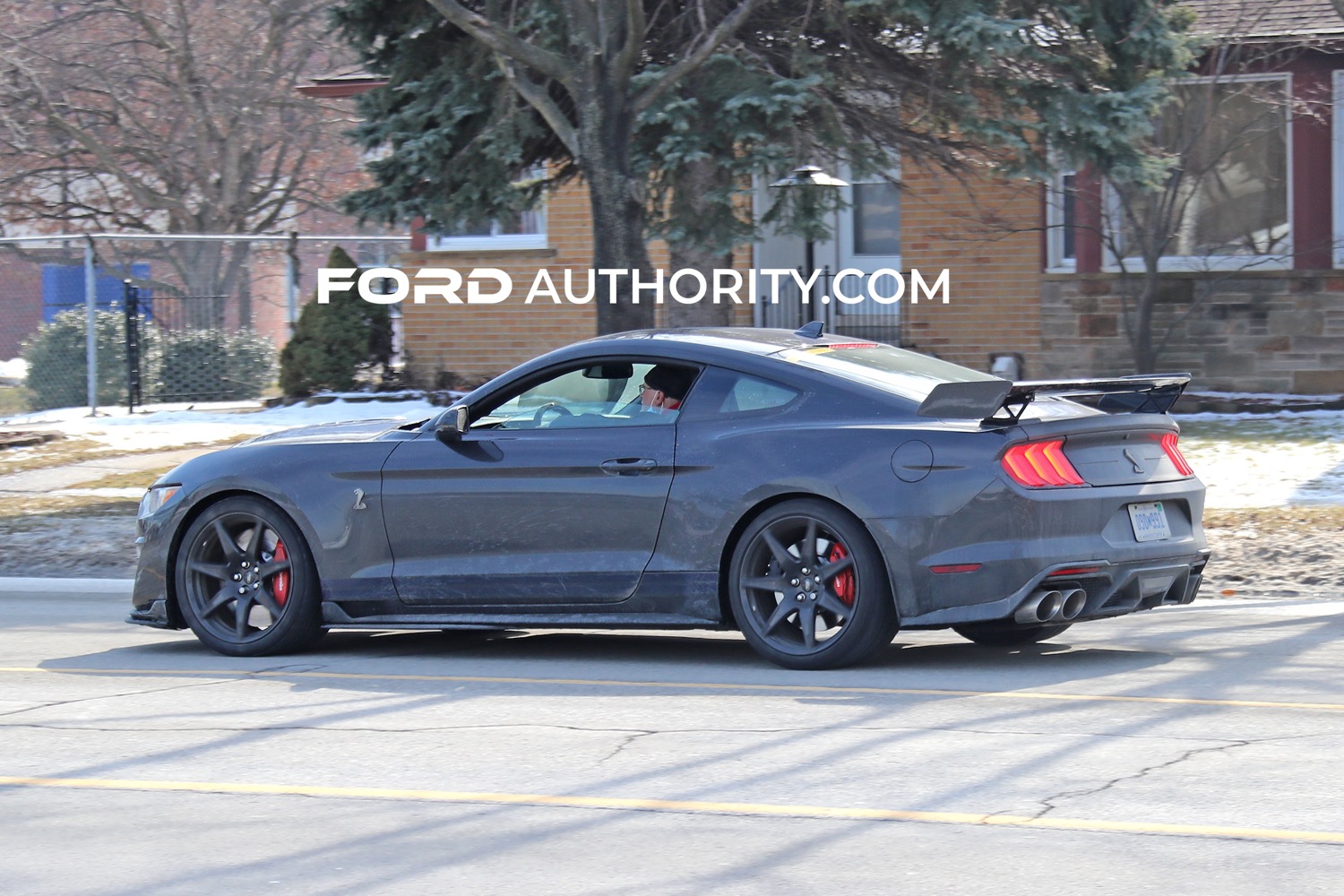 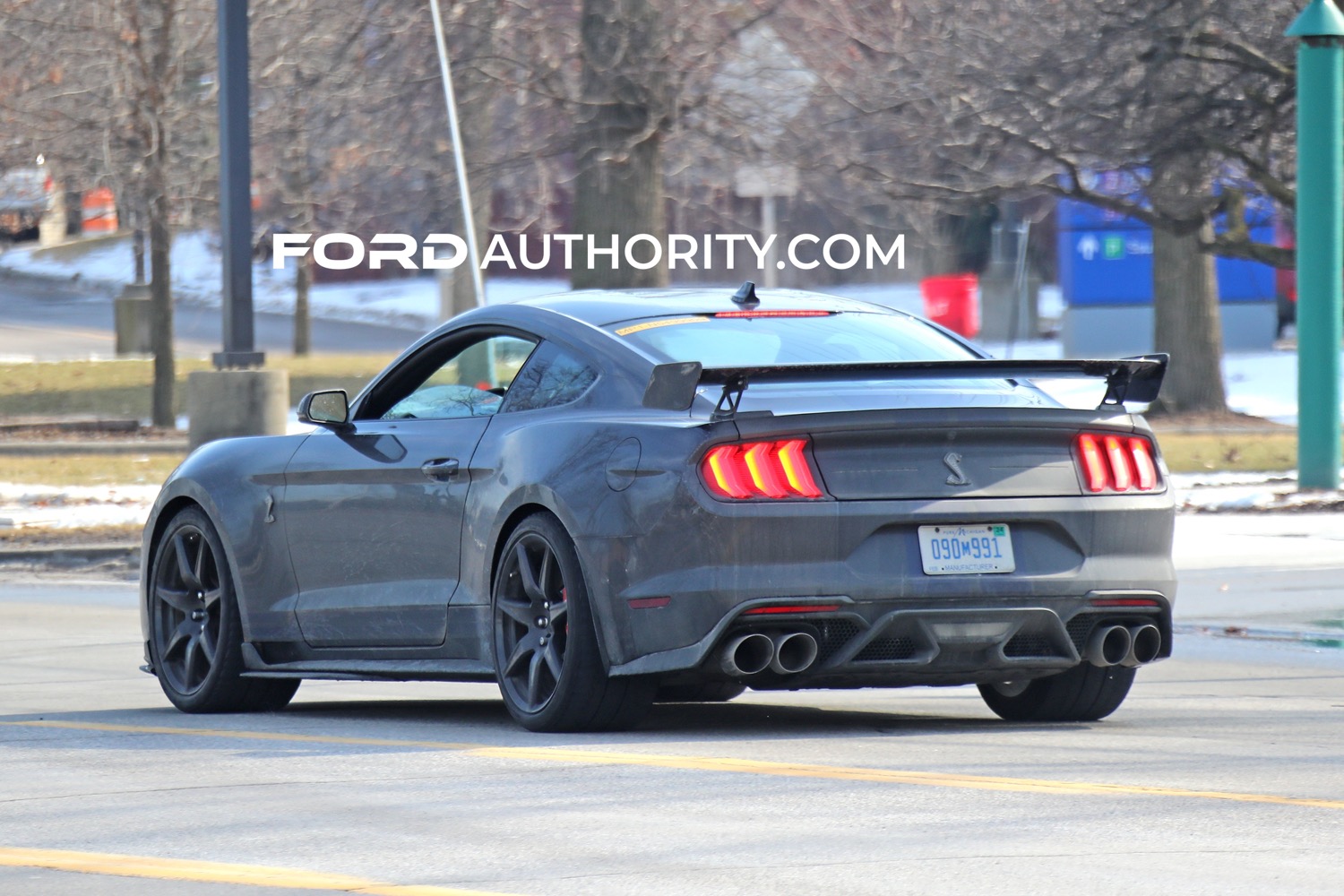 Though it isn’t gaining any additional standard equipment for the new model year, as Ford Authority reported earlier this month, the 2022 GT500 is getting a 6 percent price increase, taking its base MSRP from $70,300 to $74,555.

We’ll have more on the Shelby GT500 soon, so be sure and subscribe to Ford Authority for more Ford Mustang news, Mustang Shelby GT500 news, and around-the-clock Ford news coverage. 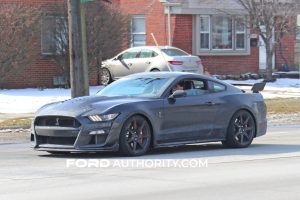 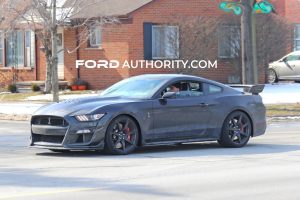 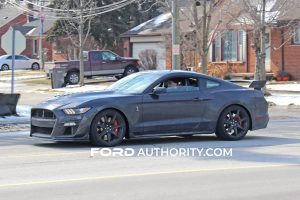 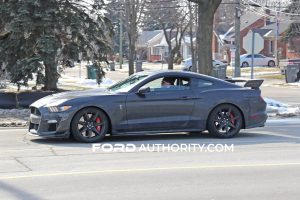 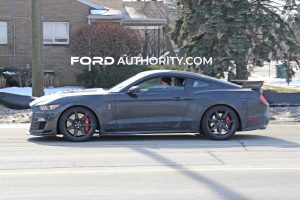 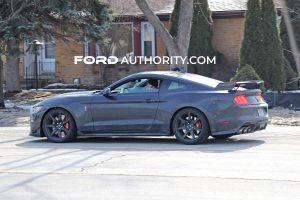 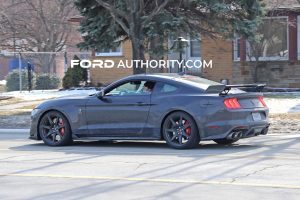 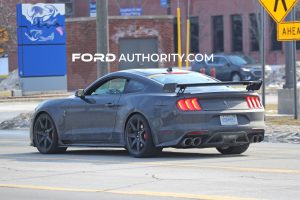 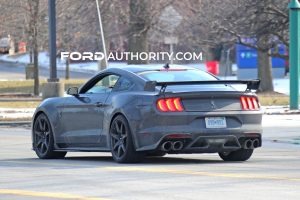