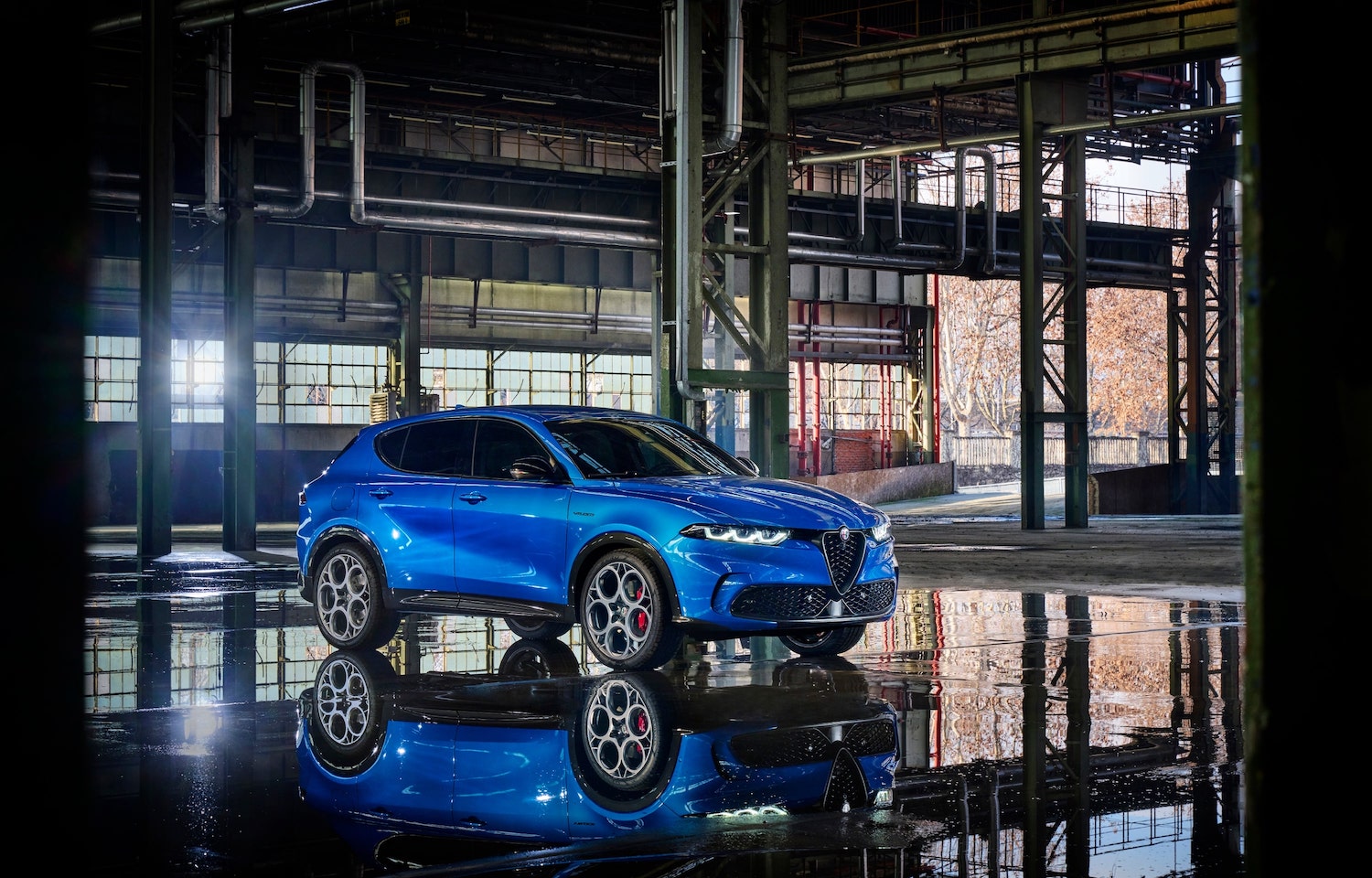 Just last week, Ford Authority spies spotted a 2023 Alfa Romeo prototype out driving around, a brand new entry into the red-hot compact luxury crossover segment. Now, the future Alfa Romeo Tonale has been fully revealed, sporting some interesting features including a plug-in hybrid powertrain option, a pair of large screens for the interior, and more in a model that Alfa says “marks the brand’s metamorphosis.” 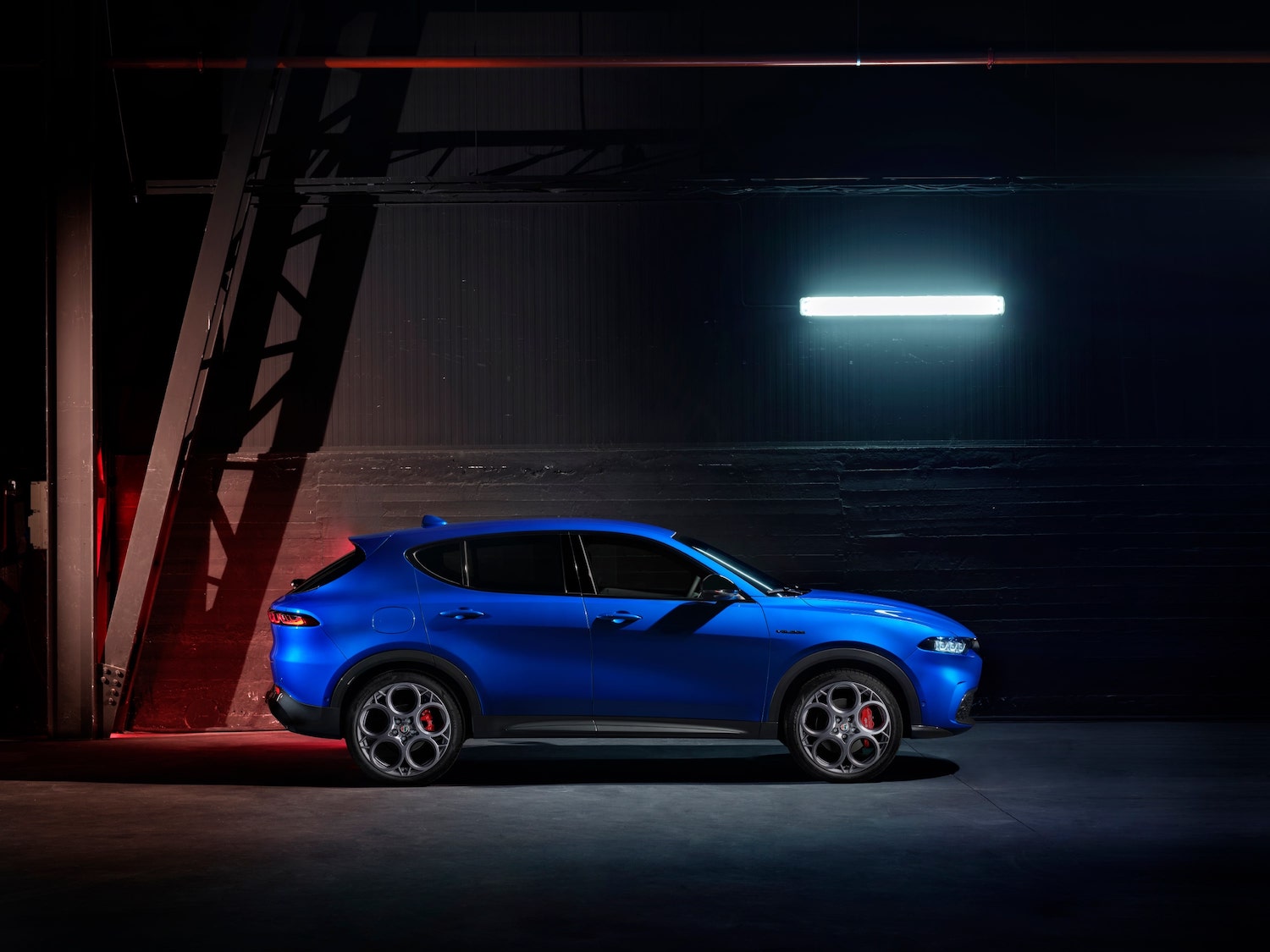 The Tonale was revealed as a concept way back in 2019, but Alfa says that extra development time was needed for the model, which was also affected by the chip shortage, which resulted in the ensuing delay. Regardless, the 2023 Alfa Romeo Tonale is finally here, and it slots beneath the Stelvio in the brand’s lineup, giving it a total of two crossovers. 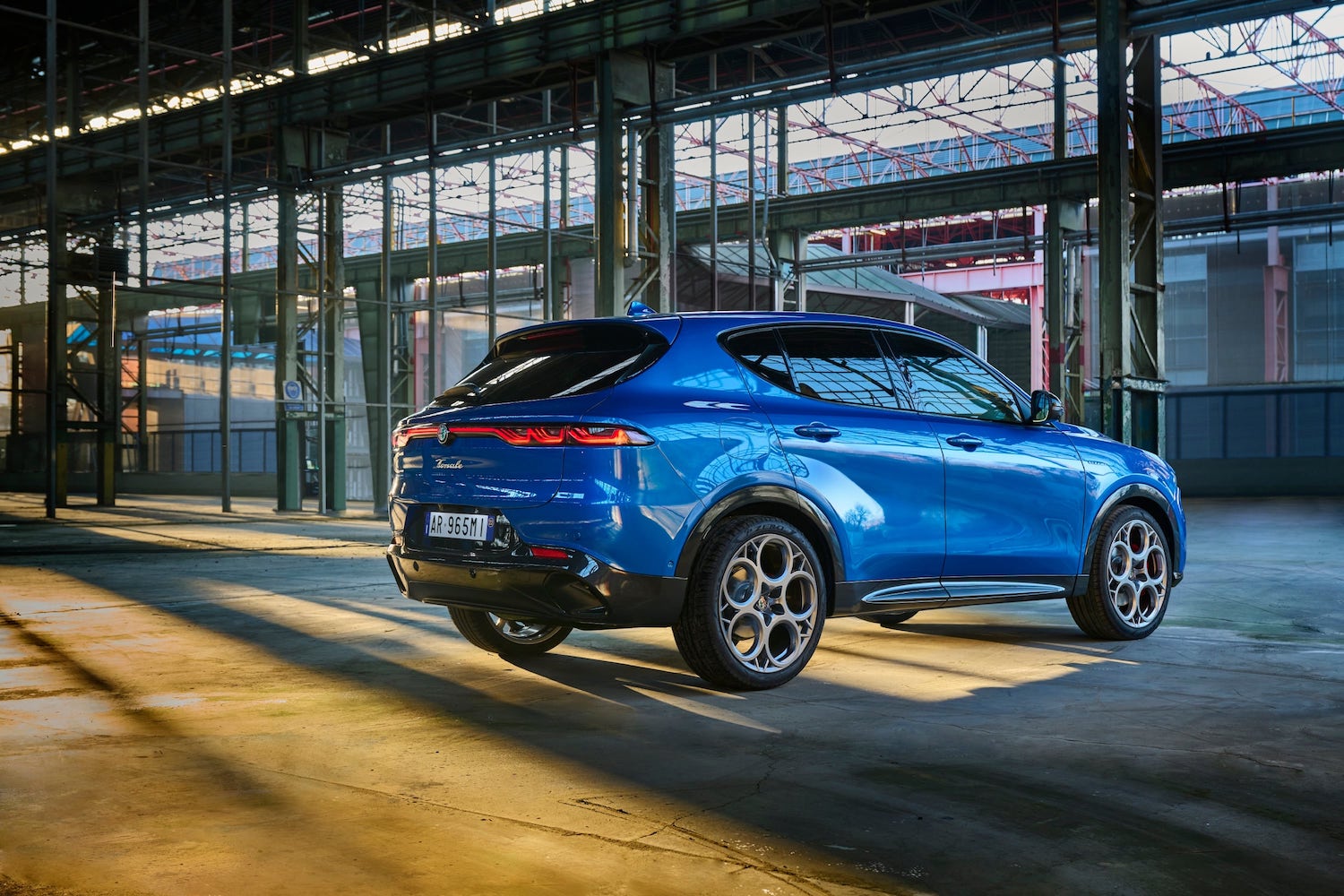 The Tonale is also the first Alfa Romeo model to be offered with a plug-in hybrid powertrain, which consists of a turbocharged 1.3-liter inline four-cylinder gas engine that powers the front wheels and produces 180 horsepower, a 121 horsepower electric motor that drives the rear wheels, a 15.5-kWh lithium-ion battery, and a six-speed automatic transmission. Combined output comes in at 272 horsepower, with an all-electric driving range of 30 miles. 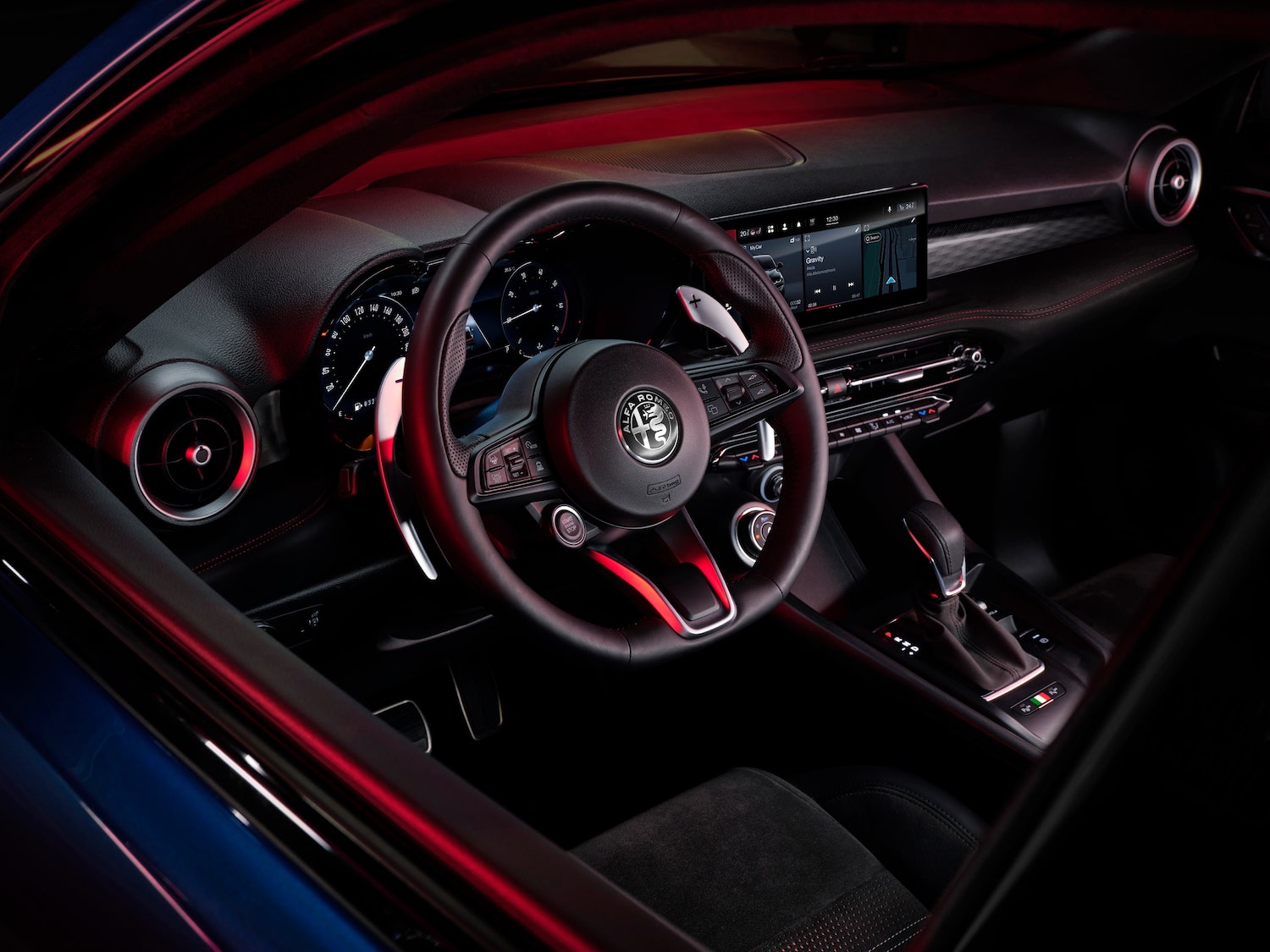 The 2023 Tonale is also available with a traditional gas-powered turbocharged 2.0-liter inline-four that produces 256 horsepower and 295 pound-feet of torque. That model comes with a nine-speed automatic transmission and standard all-wheel drive. All Tonale models are equipped with an independent front and rear suspension, while adaptive dampers are optional. 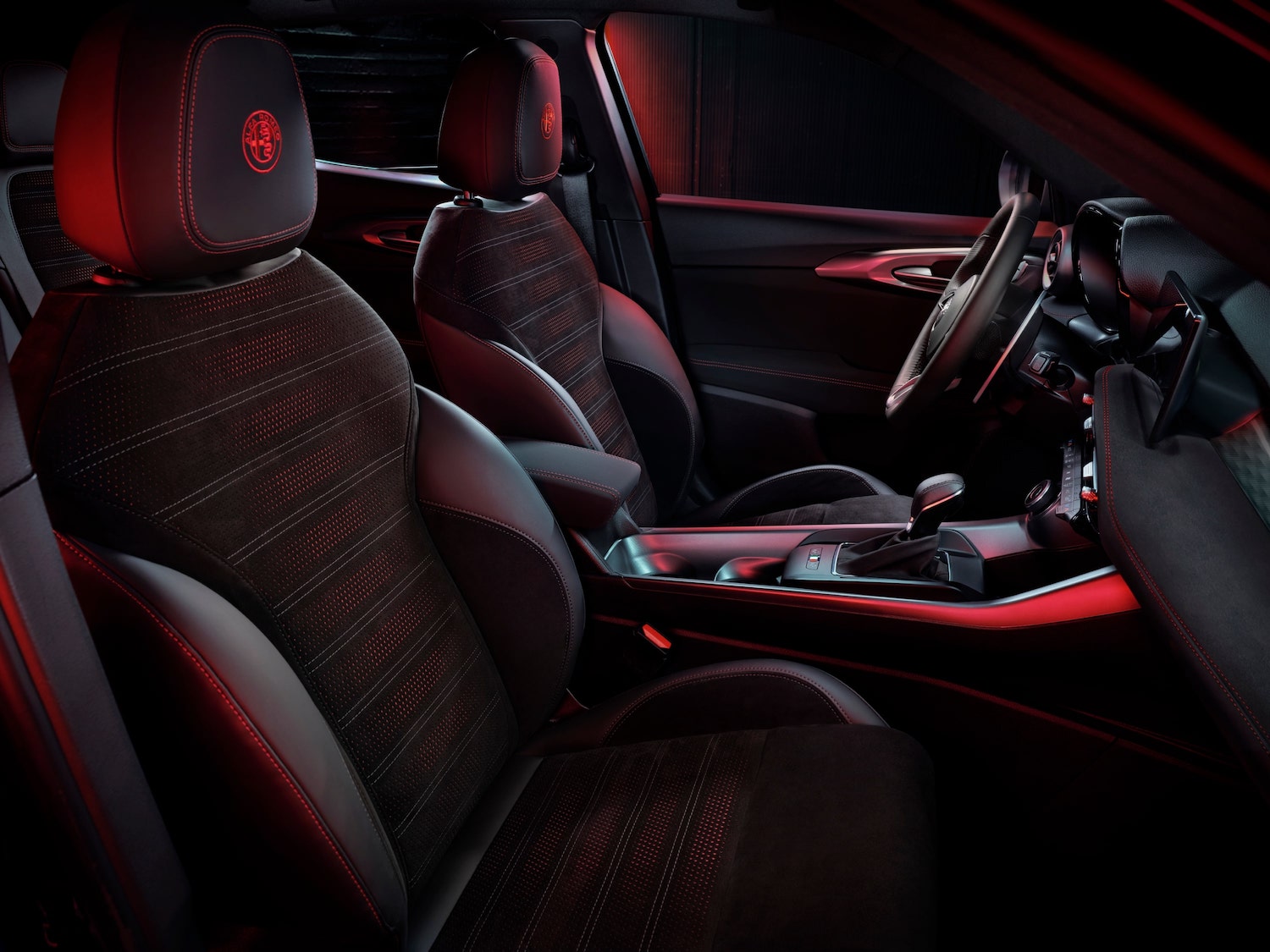 Inside, the Tonale features a 10.3-inch infotainment screen running Stellantis’ Uconnect 5 infotainment system and a 12.3-inch digital gauge cluster. Wireless Apple CarPlay and Android Auto are standard, as is Amazon’s Alexa virtual assistant, and the crossover is over-the-air update capable. Interestingly, the Tonale also comes with a non-fungible token/digital certificate (NFT) that collects data on items such as maintenance and repairs, which Alfa says will help the vehicle’s residual value. 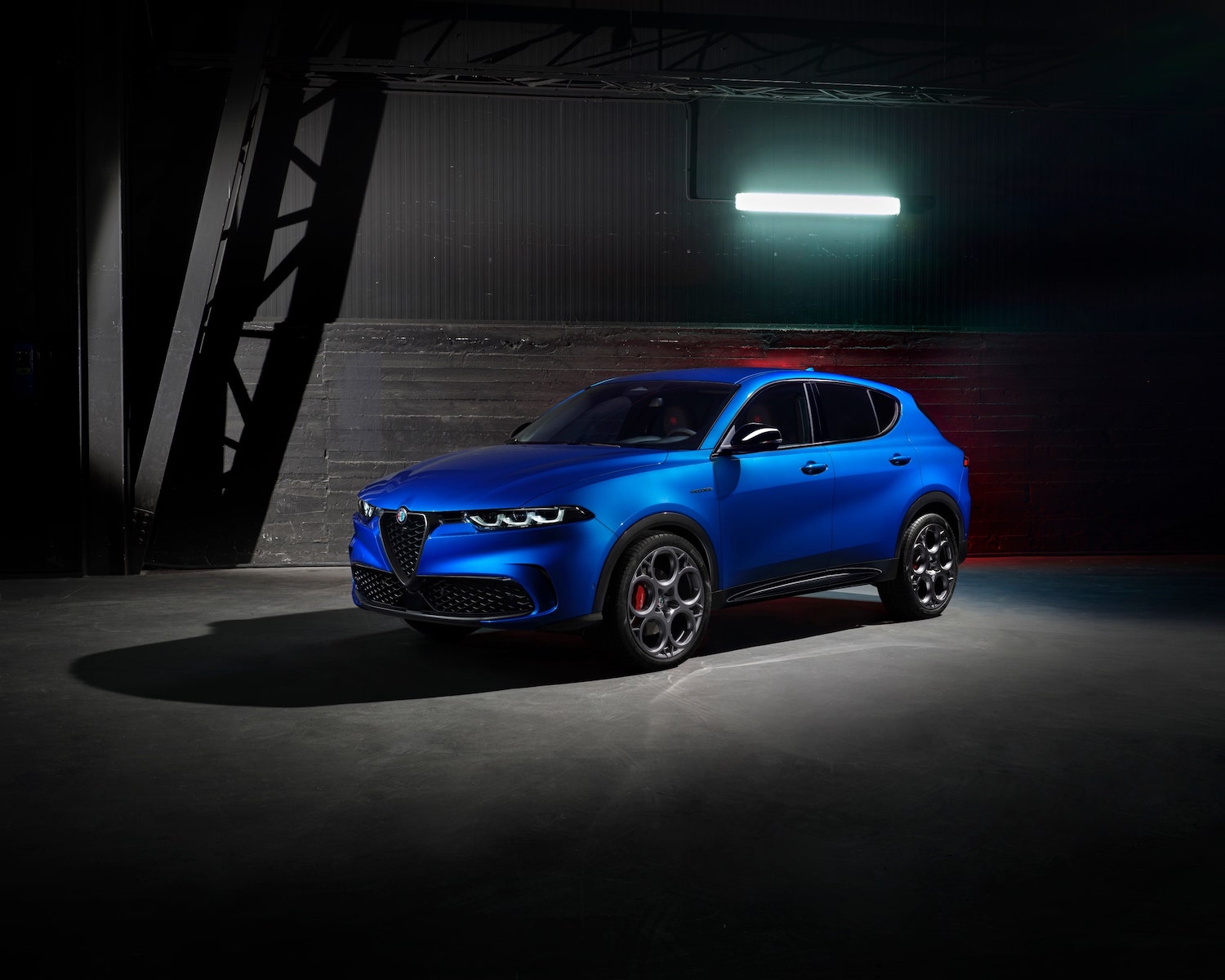 The 2023 Alfa Romeo Tonale will be available in three trim levels – Sprint, Ti, and Veloce – and is scheduled to launch in Q1 of 2023, though Alfa didn’t reveal any pricing information yet. Meanwhile, the Corsair is due to receive a mid-cycle refresh in 2023 that will include the addition of several new tech features, a larger touchscreen with SYNC 4 for the center stack, and a new hybrid powertrain option.