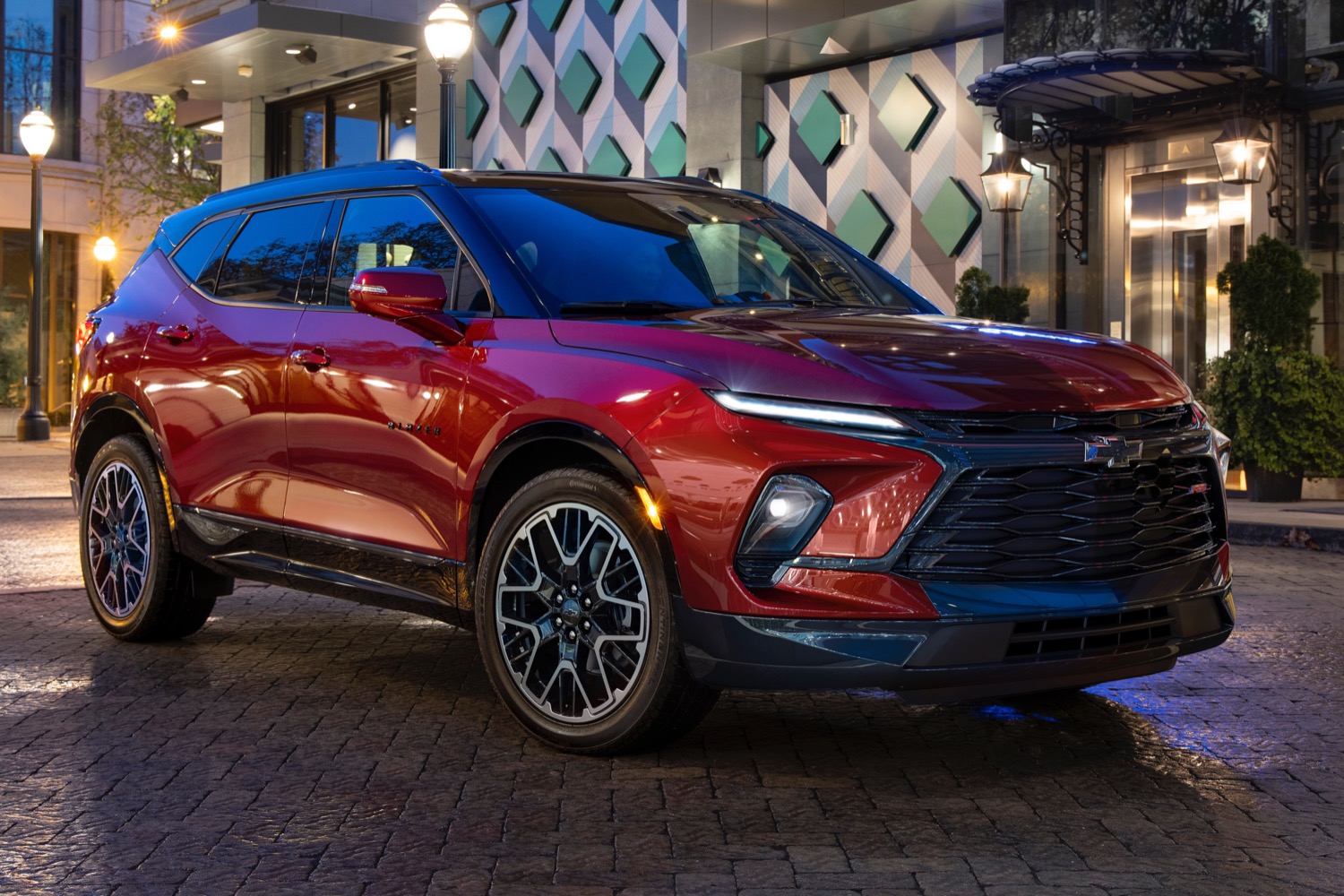 Chevy brought back the beloved Blazer nameplate for the 2019 model year, but not as a retro off-roader like its old foe, the Ford Bronco, but rather as a crossover with Camaro-inspired styling, doing battle with vehicles like the Ford Edge. This didn’t exactly go over well with Bow Tie fans, but regardless, the Blazer has been successful enough in terms of sales that GM has given it a refresh for the 2023 model year. The 2023 Chevy Blazer has been revealed with a revised front and rear fascias, LED headlights, and a new infotainment screen for the cabin, according to GM Authority. 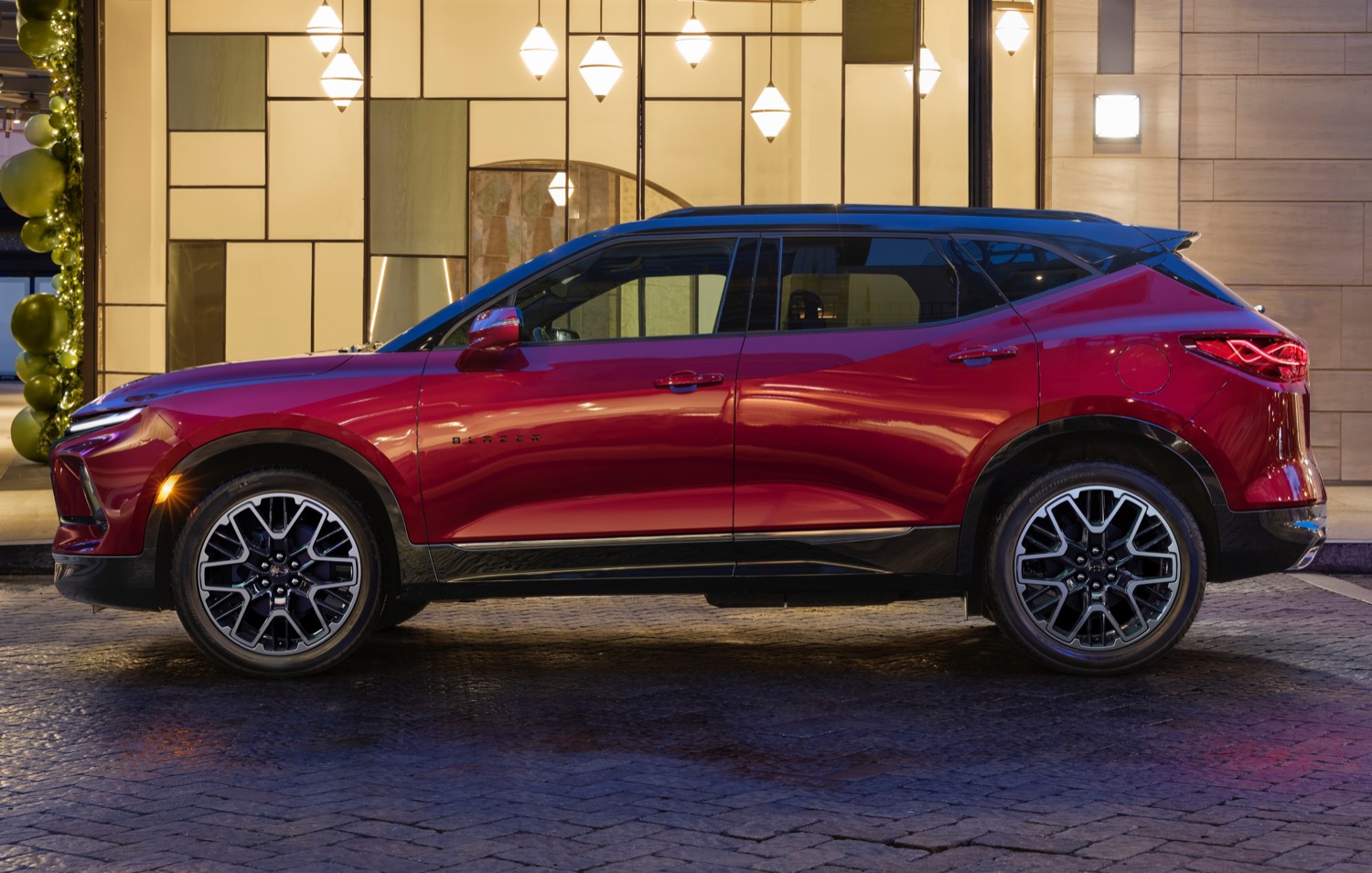 On the outside, the 2023 Chevy Blazer looks a bit different than before thanks to a newly restyled front bumper, grille, headlights, and daytime running lights. Additionally, five new color choices have been added to the crossover’s palette – Fountain Blue, Sterling Gray Metallic, Copper Bronze Metallic, and Radiant Red Tintcoat – as well as new 18-inch, 20-inch, and 21-inch wheel designs.

Inside the cabin, GM has blessed the 2023 Blazer with a new, larger 10-inch infotainment screen that comes as standard equipment on all trims. A wireless charging pad is standard on the RS and Premier and available on all other trims, while the RS is also available with a new Nightshift Blue interior. For 2023, adaptive cruise control is available for 2LT and 3LT trims, while the Chevy Safety Assist package is now standard. 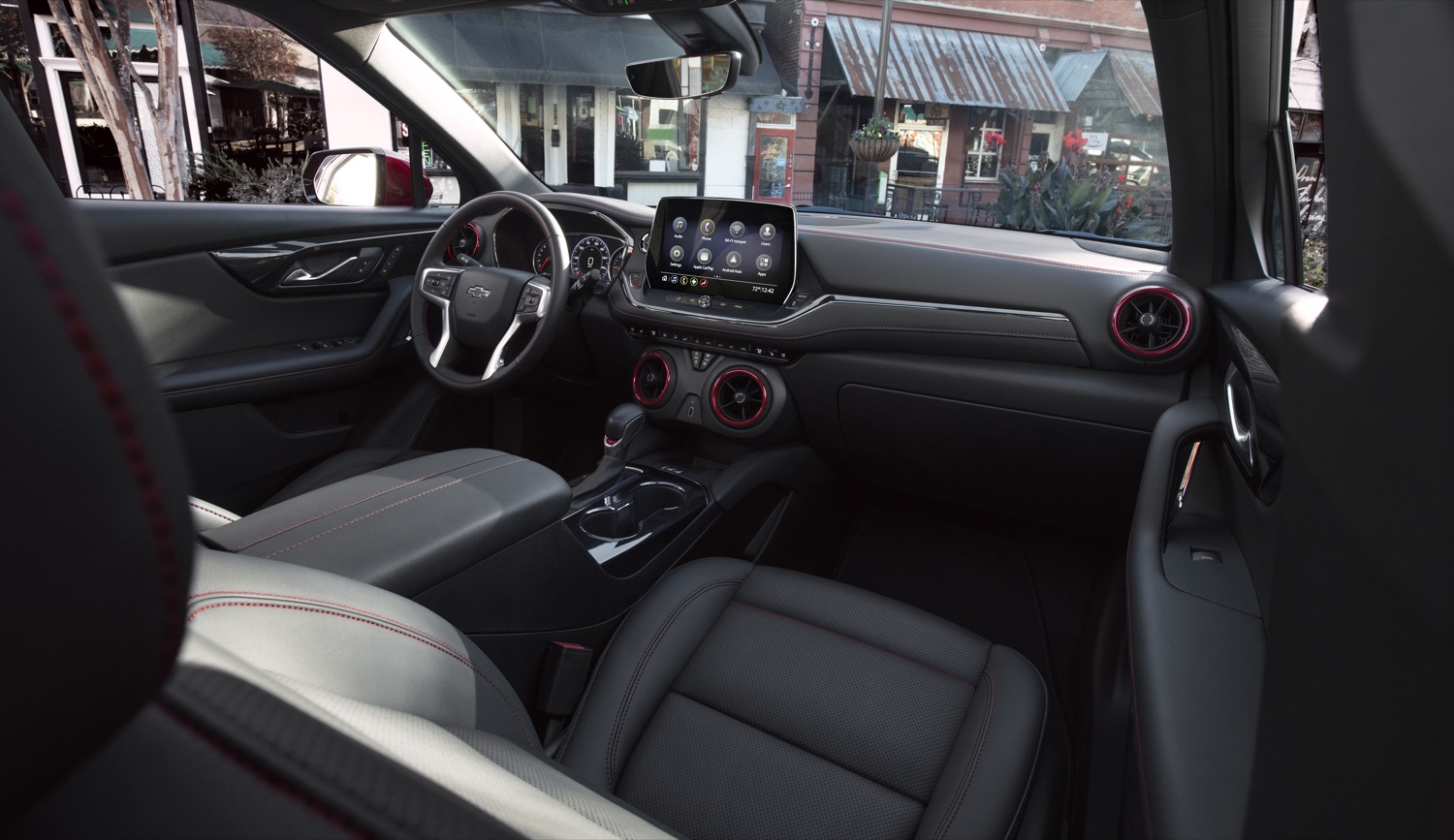 In the powertrain department, GM’s turbocharged 2.0L I-4 – which produces 228 horsepower and 247 pound-feet of torque – is now standard on 2LT, 3LT, and Premier trims, while a naturally-aspirated 3.6L V6 – which is rated to produce 308 horsepower and 270 pound-feet of torque – is standard on RS-trimmed Blazers and optional on the 3LT and Premier. Both are mated to a nine-speed automatic transmission and either standard front- or optional all-wheel drive. The 2023 Chevy Blazer is expected to launch later this year with similar pricing when compared to the current model, which starts out at around $30,000. Meanwhile, the Ford Edge – which was recently recommended over the Blazer by Consumer Reports – is getting a few changes for the 2022 model year after the crossover received some styling tweaks and new tech features for the 2021 model year. As Ford Authority reported back in August, the crossover has dropped its front-wheel drive configuration and will only be available with all-wheel drive for the 2022 model year. As a result, pricing for the crossover has risen roughly $2,000 across the board. The Black Appearance Package is new for 2022, as is the SEL Adventure Package, though the latter received a name change to Sport Appearance Package shortly after its launch.

The 2022 Edge is losing its illuminated glovebox, as Ford Authority reported back in August, while the ST will drop its Ford Performance paint color option in favor of Atlas Blue and the SEL is losing the SecuriCode Keyless Entry Keypad as standard equipment, while all 2022 Edge models have dropped the previously standard rear parking sensors, too. However, as Ford Authority reported last month, the Edge is set to be discontinued following the 2023 model year as the Ford Oakville Assembly Plant is retooled to produce five new EVs starting in 2025.

We’ll have more on everything Ford’s competition is up to soon, so be sure and subscribe to Ford Authority for more Ford Edge news and continuous Ford news coverage.