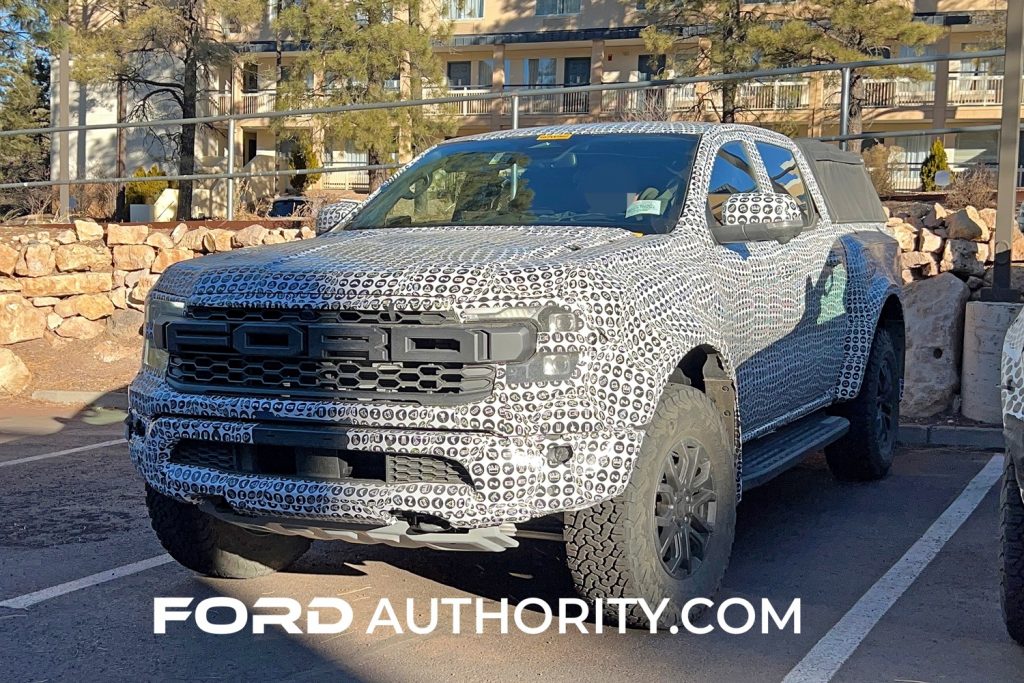 The 2023 Ford Ranger Raptor, along with its more civilized counterparts, is no longer the mysterious boogeyman it once was, thanks to the reveal of the global version of Ford’s next generation mid-size pickup and tasty tidbits of information that Ford Authority previously brought to light. Additionally, the debut of the 2022 Ford Bronco Raptor further lifted the curtain on what will almost certainly make its way to the pickup. Now, our photographers have captured the off-road performance variant’s front grille for the first time. 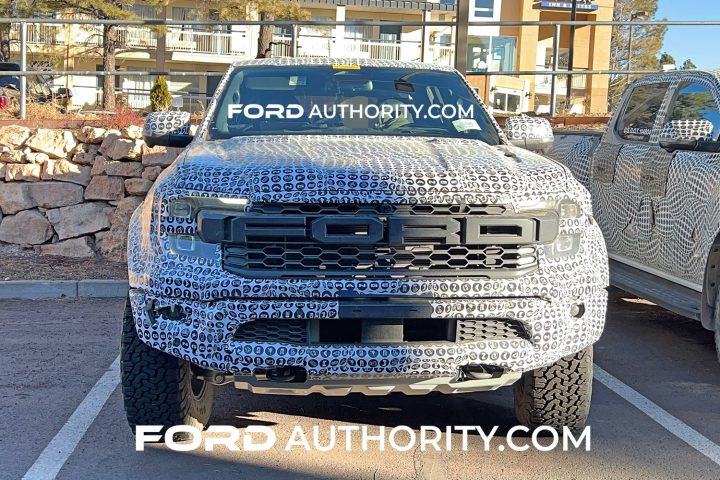 In perhaps the least surprising development ever, the 2023 Ford Ranger Raptor’s front grille not only takes after its predecessor, but the likes of the F-150 Raptor and Bronco Raptor too, by unambiguously stating which company it comes from. That particular automaker has already revealed the upcoming pickup for global markets, but the U.S. variant will likely break cover at some point before 2023. Regardless, the Raptor is expected to boast the Ford 3.0L EcoBoost V6, just like the Bronco Raptor. However, it will gets its own unique touches, like a 12-inch portrait style infotainment screen and a digital instrument cluster, in addition to expected Raptor components like a model-specific steering wheel and color-coded interior accents. 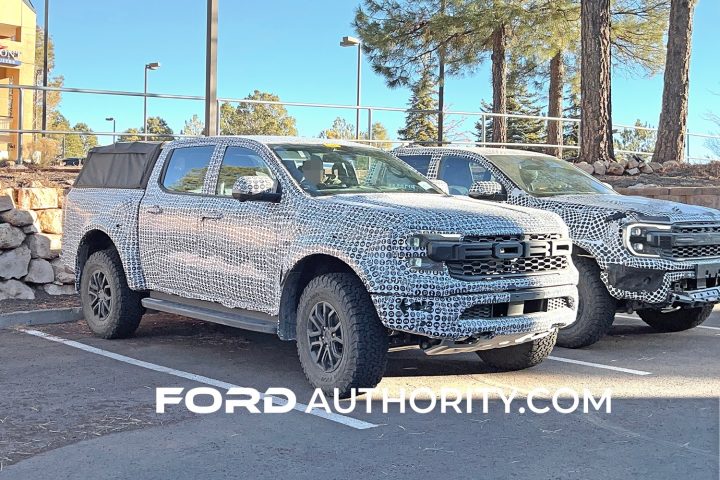 This particular 2023 Ford Ranger Raptor belonged to a convoy of sorts, a group that featured other Ranger Raptors, and one Bronco Raptor. Following in the footsteps of its siblings, the top-dog performance Ranger will gets its own set of unique wheels paired with BFGoodrich all-terrain tires and beefy skid plates, with the front plate being plainly visible in the above photo. As Ford Authority exclusively reported last week, the Ranger Raptor will start at around $52,500 when it hits U.S. dealers at a to-be-determined date, which would make it the cheapest Raptor in the lineup. 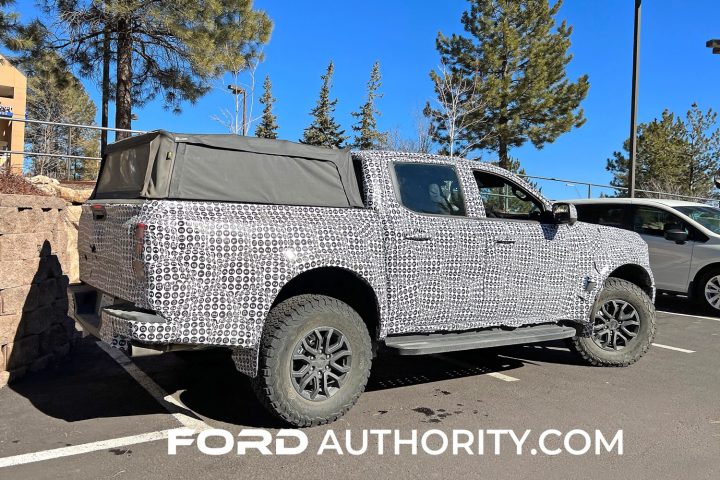 The 2023 Ford Ranger is expected to be the first of an eight year production run, which will begin in North America in spring of 2023. Global markets like Europe are slated to get the next generation pickup earlier that year. Like the Bronco, the new Raptor will utilize an updated version of the Ford T6 platform.

We’ll have more on the new Ranger Raptor very soon, so be sure and subscribe to Ford Authority for more Ford Ranger news and 24/7 Ford news coverage.