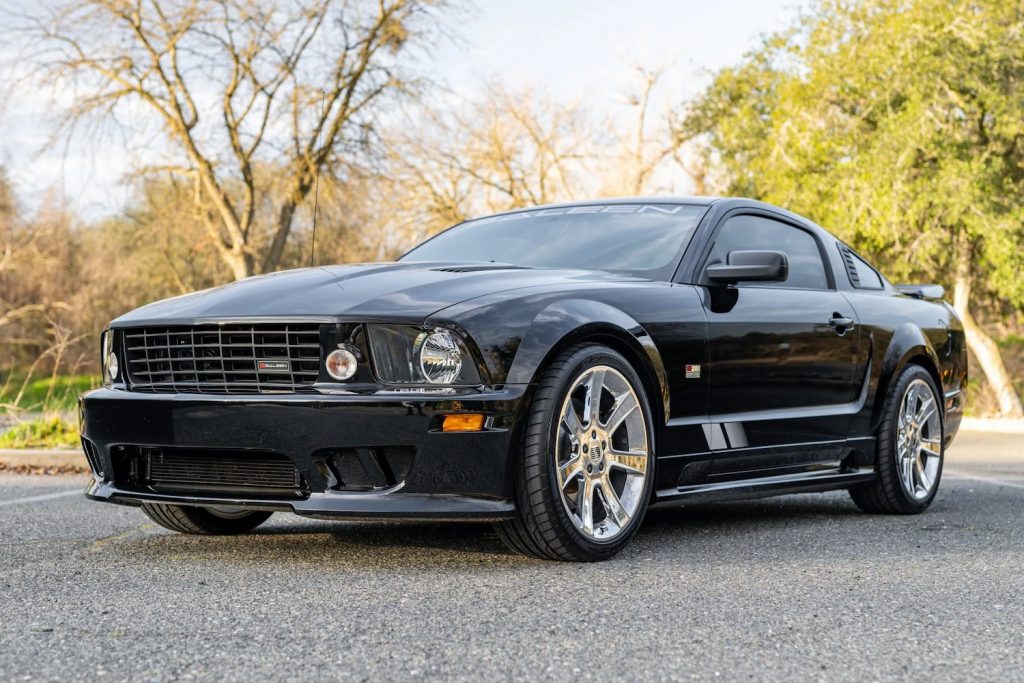 Saleen is a storied name in the history of Ford Mustang tuners, as Steve Saleen’s namesake has been churning out pony car parts and turnkey builds for decades now. Some of those Saleen vehicles have become valuable collector’s items over the years, and that may soon include even later S197-based cars like this 2007 Ford Mustang Saleen S281 that’s up for grabs over at Bring a Trailer with just 535 original miles. 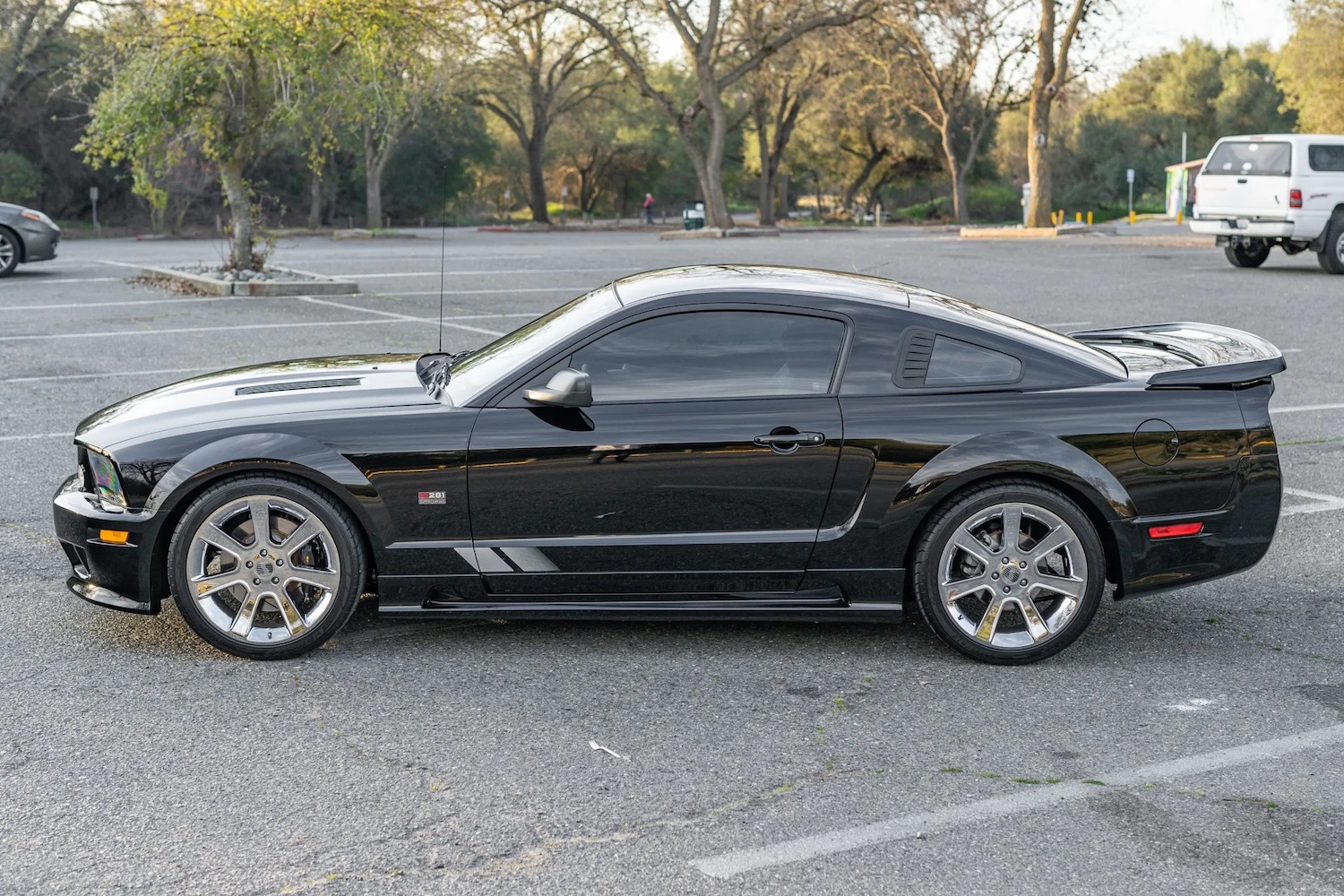 This particular 2007 Ford Mustang Saleen S281 has made the rounds in recent years, having spent time in New York, New Mexico, and California under multiple owners, but it certainly hasn’t been driven much during the last 15 years or so. As a result, the hi-po pony car looks brand new and might be the nicest S197 Saleen Mustang out there, in fact. Its black exterior and interior look factory fresh, as does every other nook and cranny one might peek at or in. 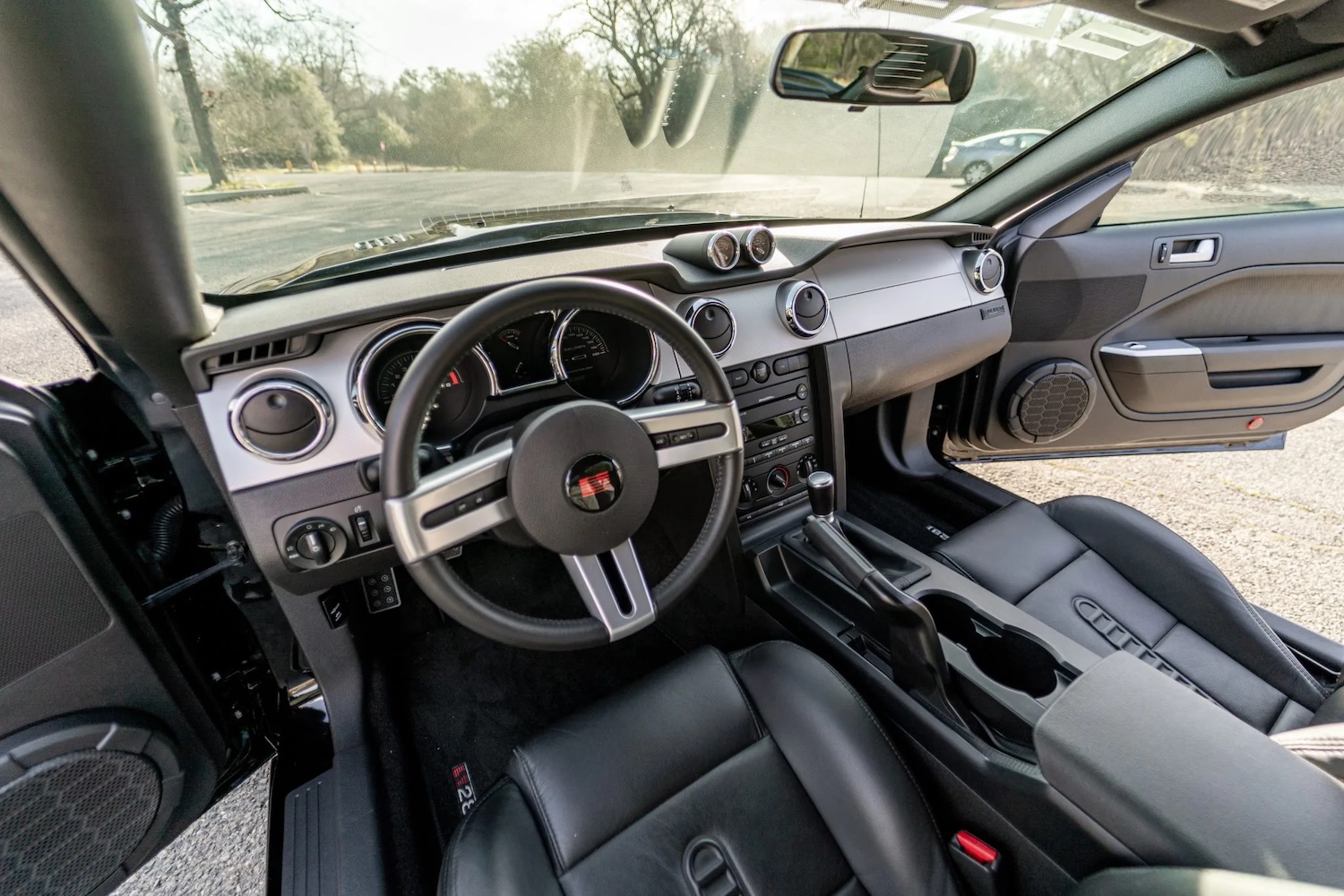 There are quite a few features that set this generation of Saleen S281 apart from regular Mustang models, starting on the outside with an aluminum hood with built-in heat extractors, fog lights, unique bumper covers, side skirts, a rear wing, dual center-exit exhaust outlets, stripes, a numbered decal, Saleen badging, and 20-inch seven-spoke wheels wrapped with 275/35 Dunlop SP SportMaxx tires. 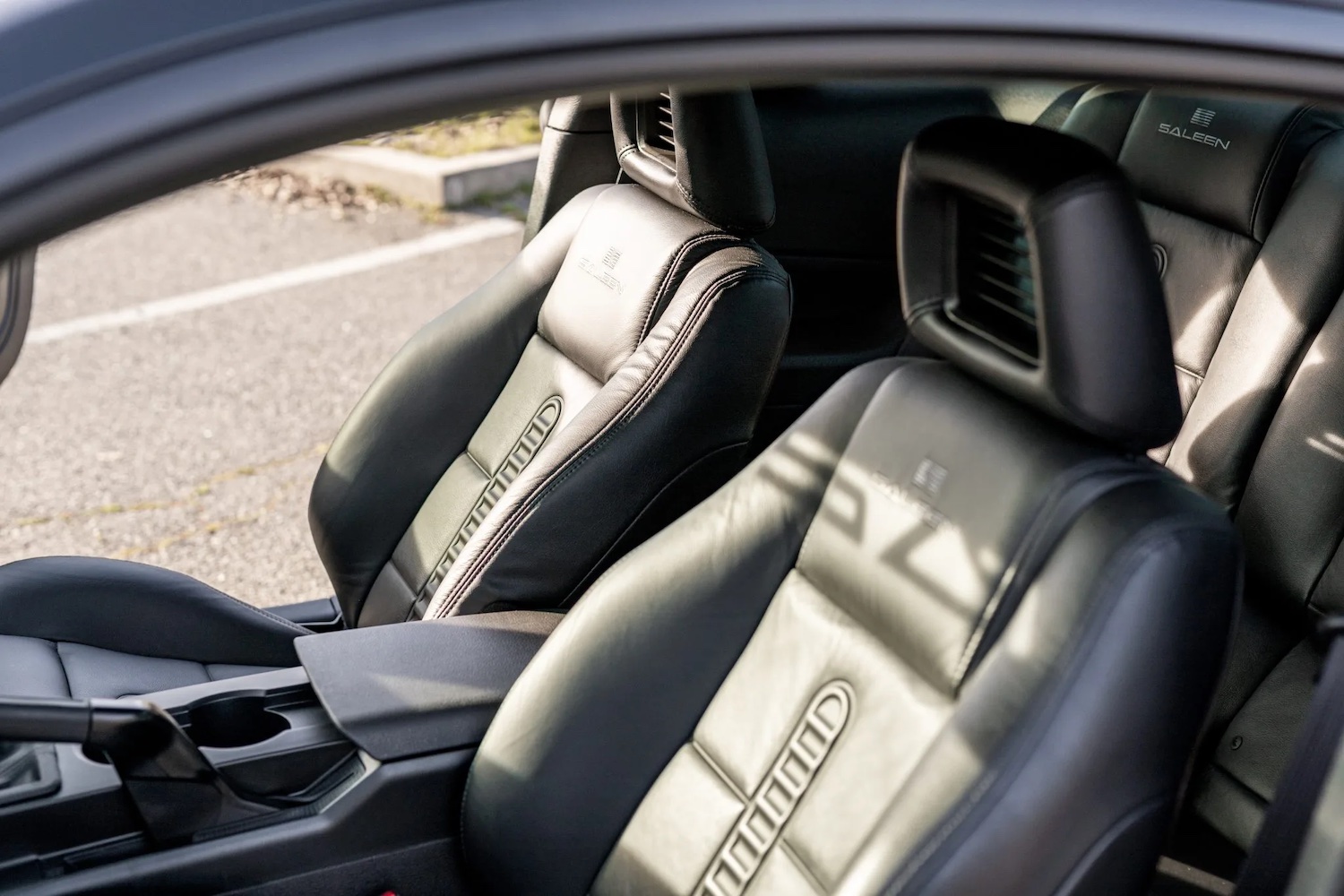 On the inside, this Saleen Mustang features embroidered Saleen logos on the seats, along with Saleen’s own short shifter, door sill plates, floor mats, aluminum pedal covers, steering-wheel badge, boost pressure and air temperature gauges, instrumentation, and a serialized dashboard plaque. This particular S281 was number 65 built in the 2007 model year. 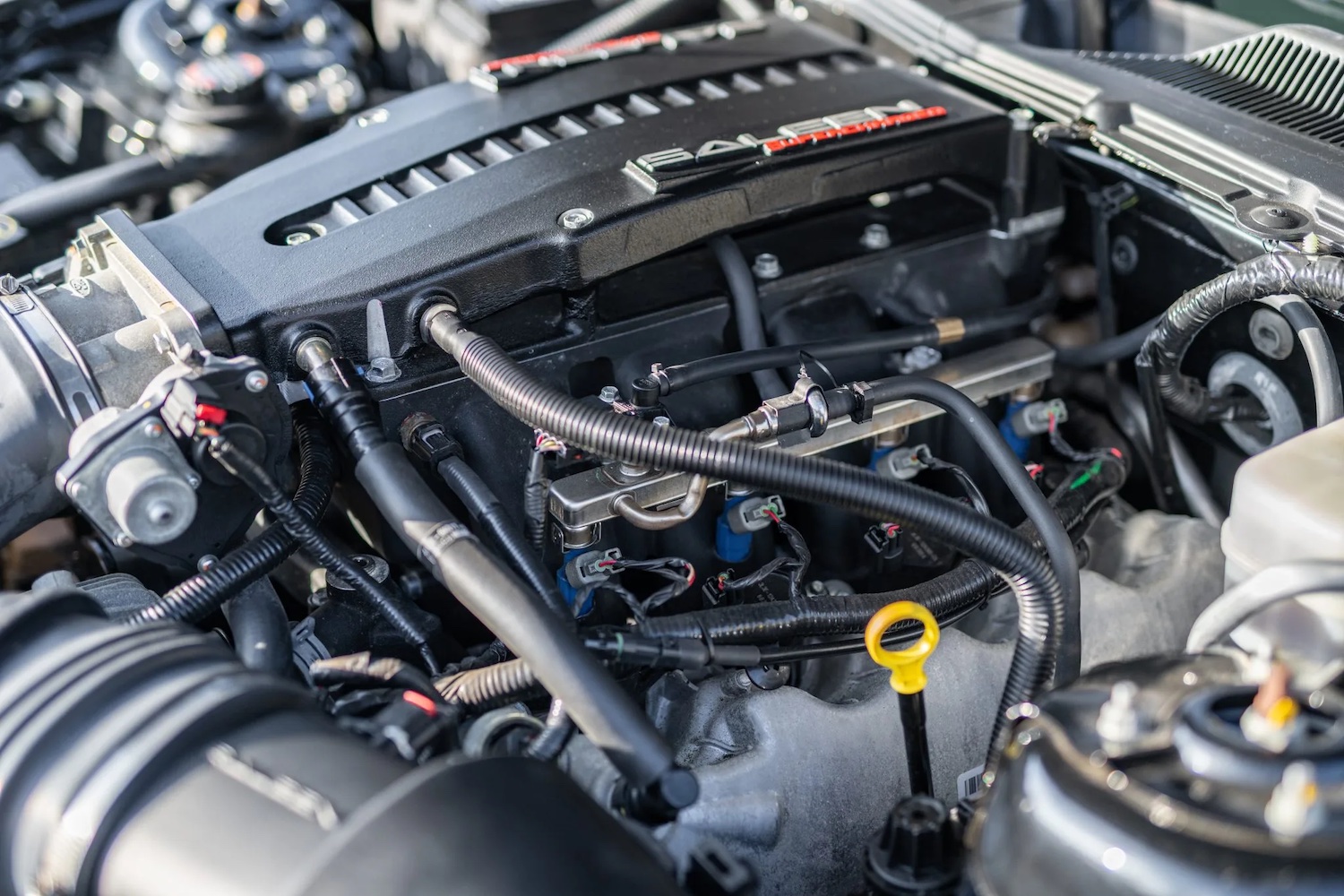 Underneath, this S281 features Saleen-tuned Racecraft shocks and springs, front and rear sway bars, and four-wheel disc brakes with Saleen front calipers and slotted rotors. Under the hood, Saleen beefed up the S197’s Ford 4.6L V8 with its own Series VI supercharger, a water-to-air intercooler, bigger fuel injectors, a high-performance cooling system, and a custom tune. Output comes in at 465 horsepower and 425 pound-feet of torque, which flows to the rear wheels via a Tremec TR-3650 five-speed manual transmission and a limited-slip differential with 3.55:1 gears. 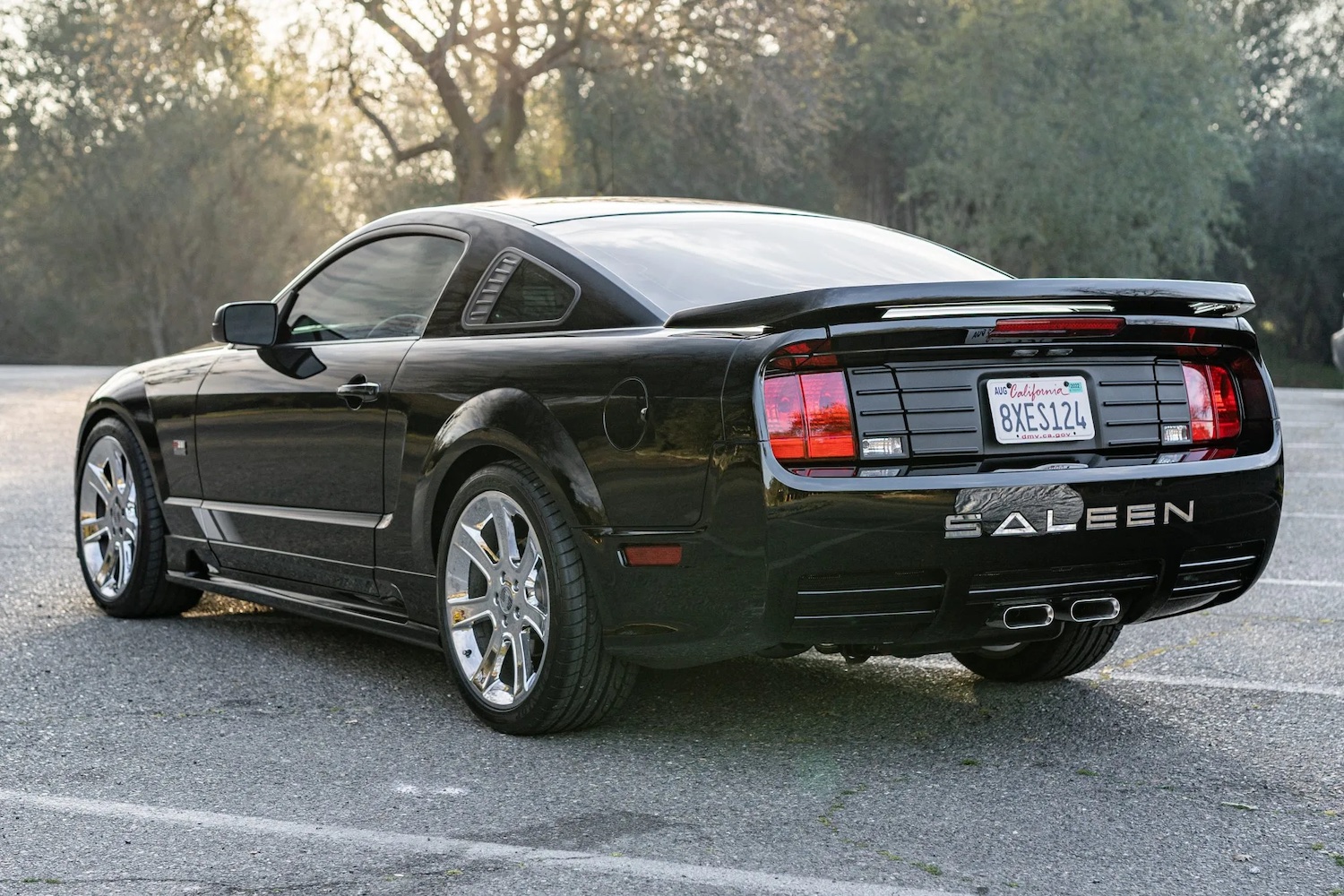 In virtually brand new condition with essentially no miles on the clock, this Saleen Mustang is certainly the cream of its proverbial crop, even if it isn’t the most desirable or collectible pony car in history.

We’ll have more cool auction finds to share soon, so be sure to subscribe to Ford Authority for more Ford Mustang news and around-the-clock Ford news coverage.