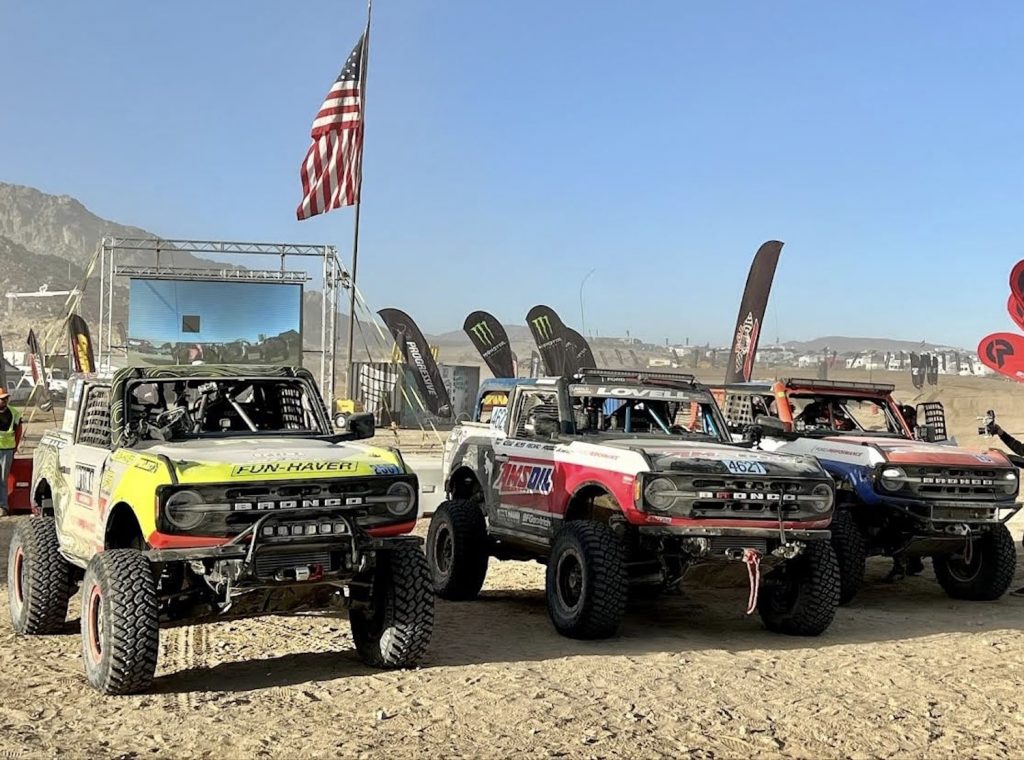 Last year was a big one for the new Ford Bronco in more ways than one. In the world of off-road racing, the 2021 King of the Hammers event marked the debut of the Ultra4 4400 unlimited class and 4600 stock class racing versions of the SUV, while attendees were able to take rides in the road-going version of the sixth-gen model. Since seeing the new racing Broncos in action at their unveiling, both the 4400 and 4600 captured wins at Ultra4’s El Rey de Las Bajas race in San Felipe, Mexico, and this past weekend saw the Bronco sweep the podium at the 2022 King of the Hammers. 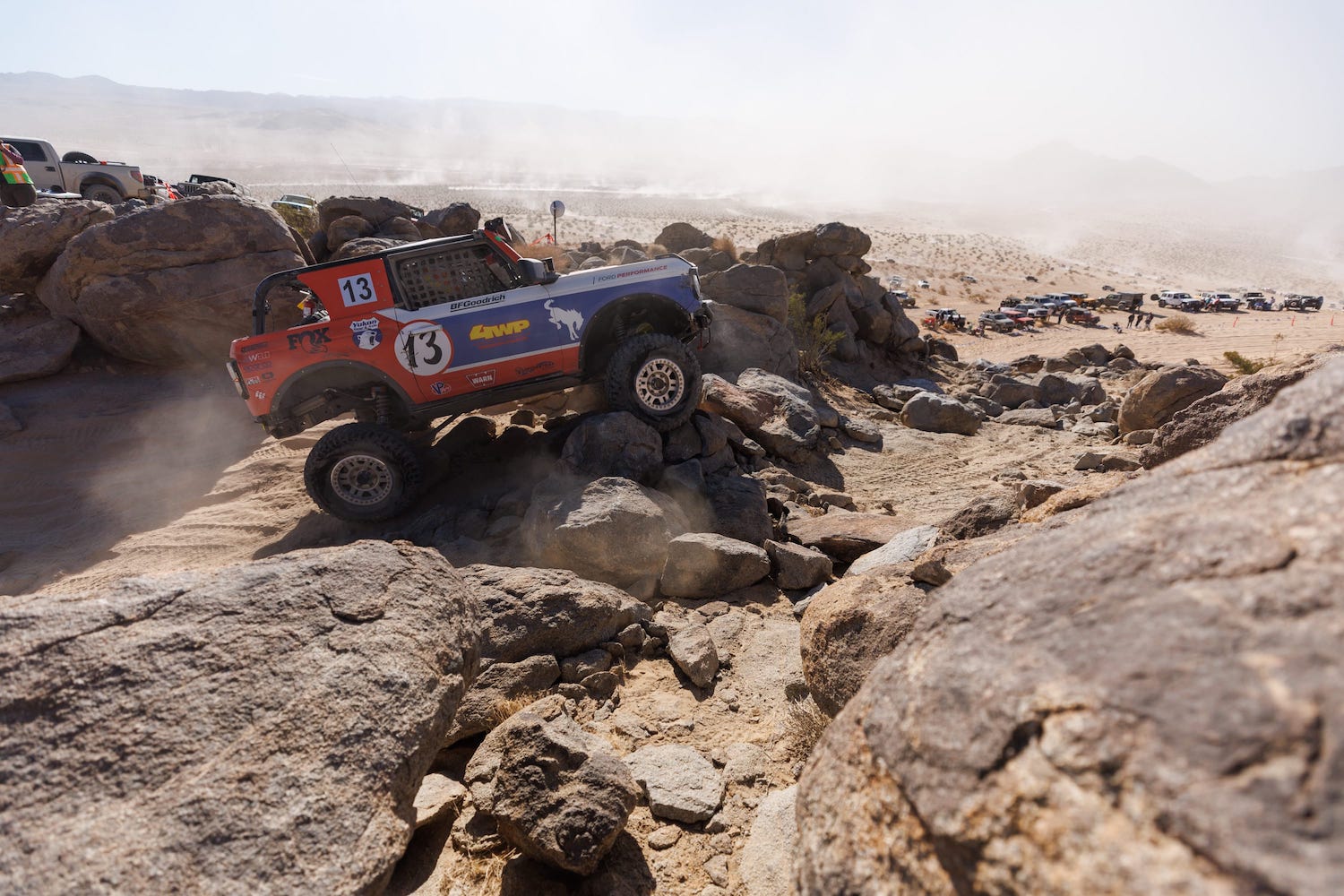 “With a commanding 1-2-3 finish at the King of the Hammers Ultra4 stock-class race, Bronco Brand and Ford Performance are proving that Built Wild capability, durability, and innovative design are second to none,” said Mark Rushbrook, Ford Performance Motorsports global director. “Our Bronco 4600 racers continue to elevate our motorsports heritage and further underscore how Bronco models can be tuned from the showroom floor to compete in the grueling ULTRA4 stock class series.” 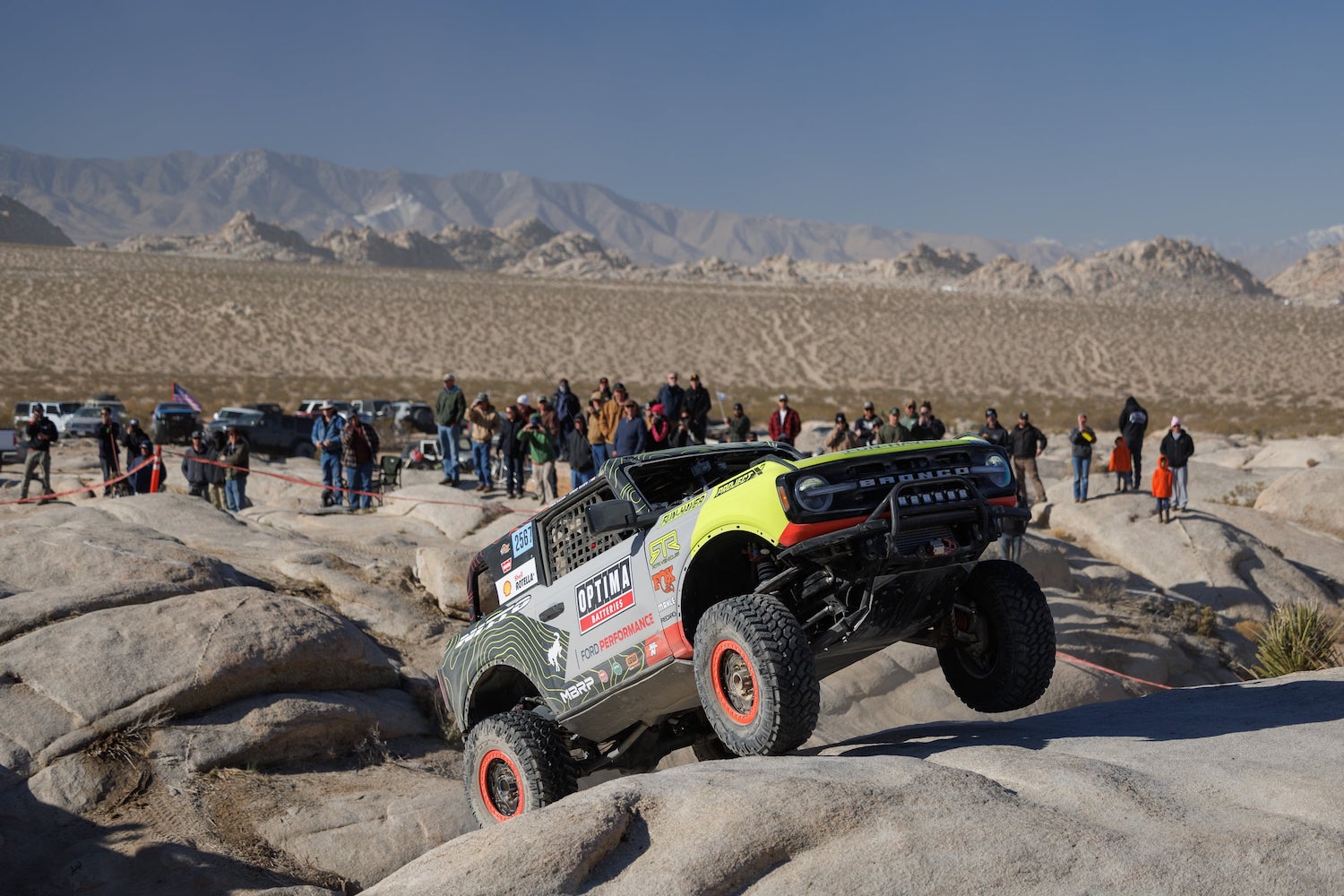 With the brand new Ford Bronco Raptor on hand for crowds to check out up close, the racing version of the SUV dominated what is one of the most difficult off-road races on earth with Vaughn Gittin Jr. and Loren Healey in the number 2567 Bronco 4600 taking home a win in the stock class, followed by Brad Lovell and Roger Lovell in the number 4621 Bronco 4600 in second, while Bailey Cole and Jason Scherer placed third in the number 13 Bronco 4600. 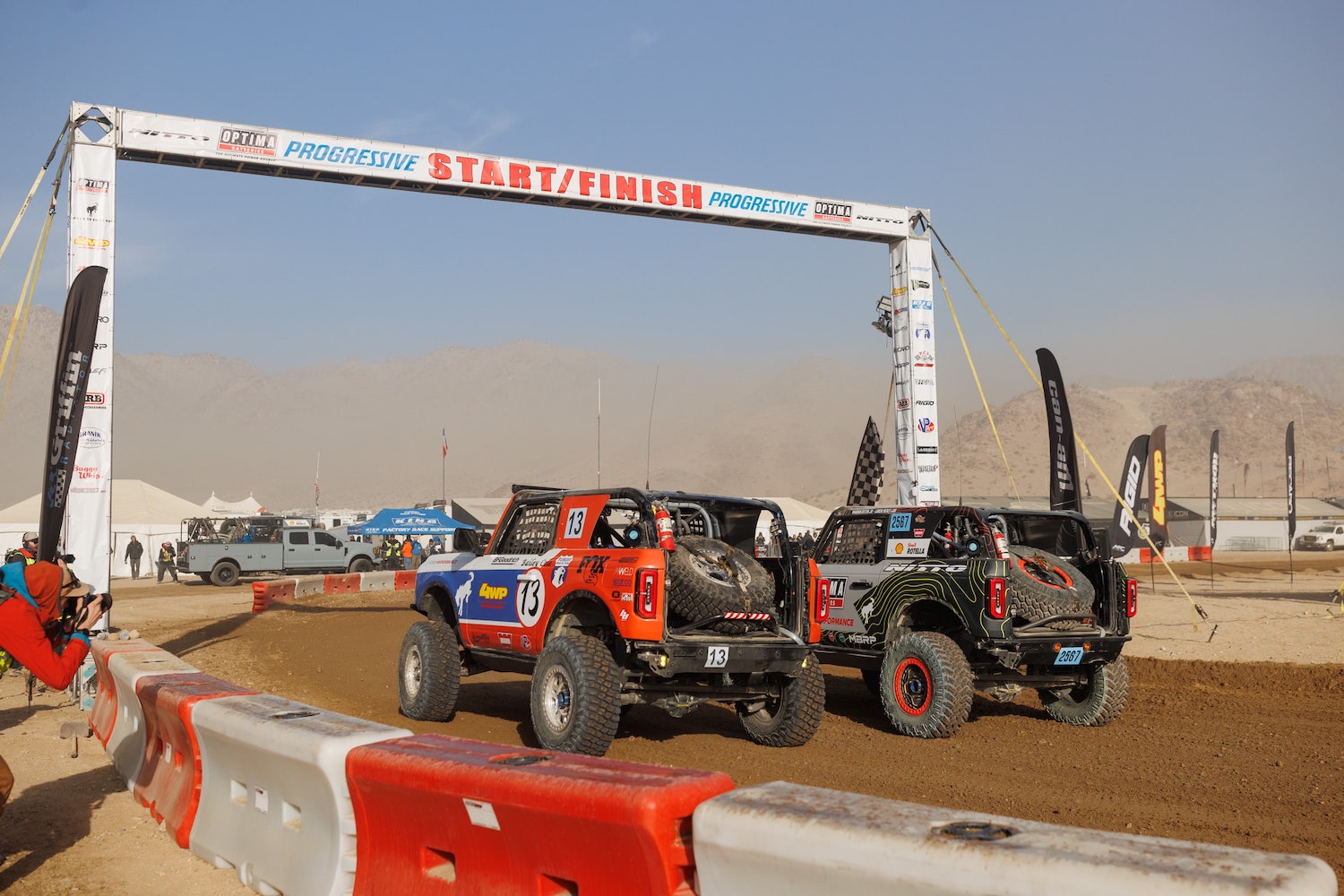