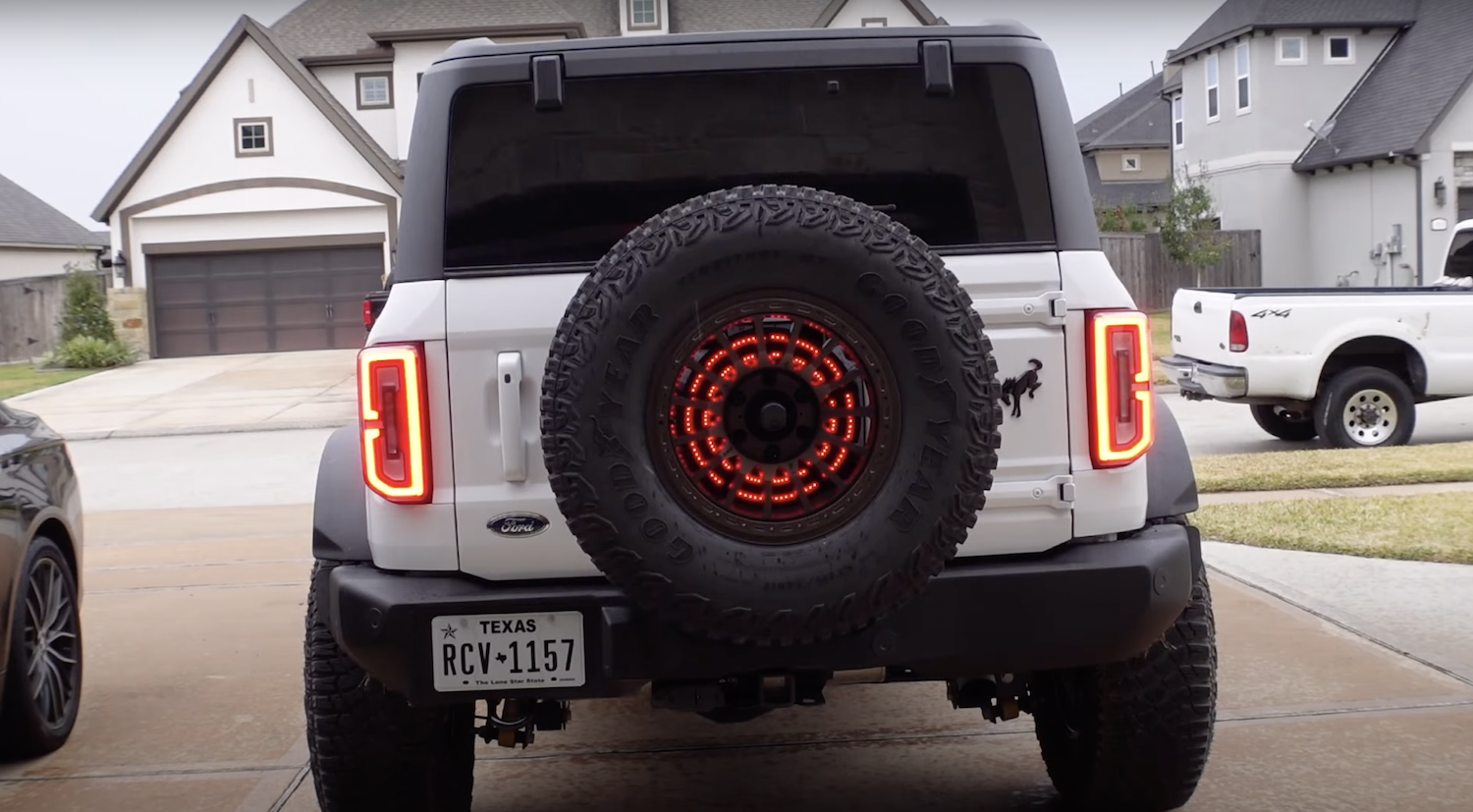 The Ford Bronco is available from the factory with a 35-inch tire as part of the optional Sasquatch Package, or a 37-inch tire as standard equipment on the recently-revealed Ford Bronco Raptor. It’s clear that the rugged off-road-focused SUV was designed from the start to run big tires, and even regular models can easily be lifted and fitted with larger fender flares to accommodate larger rubber. However, there’s just one tiny problem – the third brake light located on the tailgate of non-Sasquatch models doesn’t provide enough space to accommodate a larger tire. However, there are aftermarket solutions available, one of which is outlined in this video from Trailblazer Films. 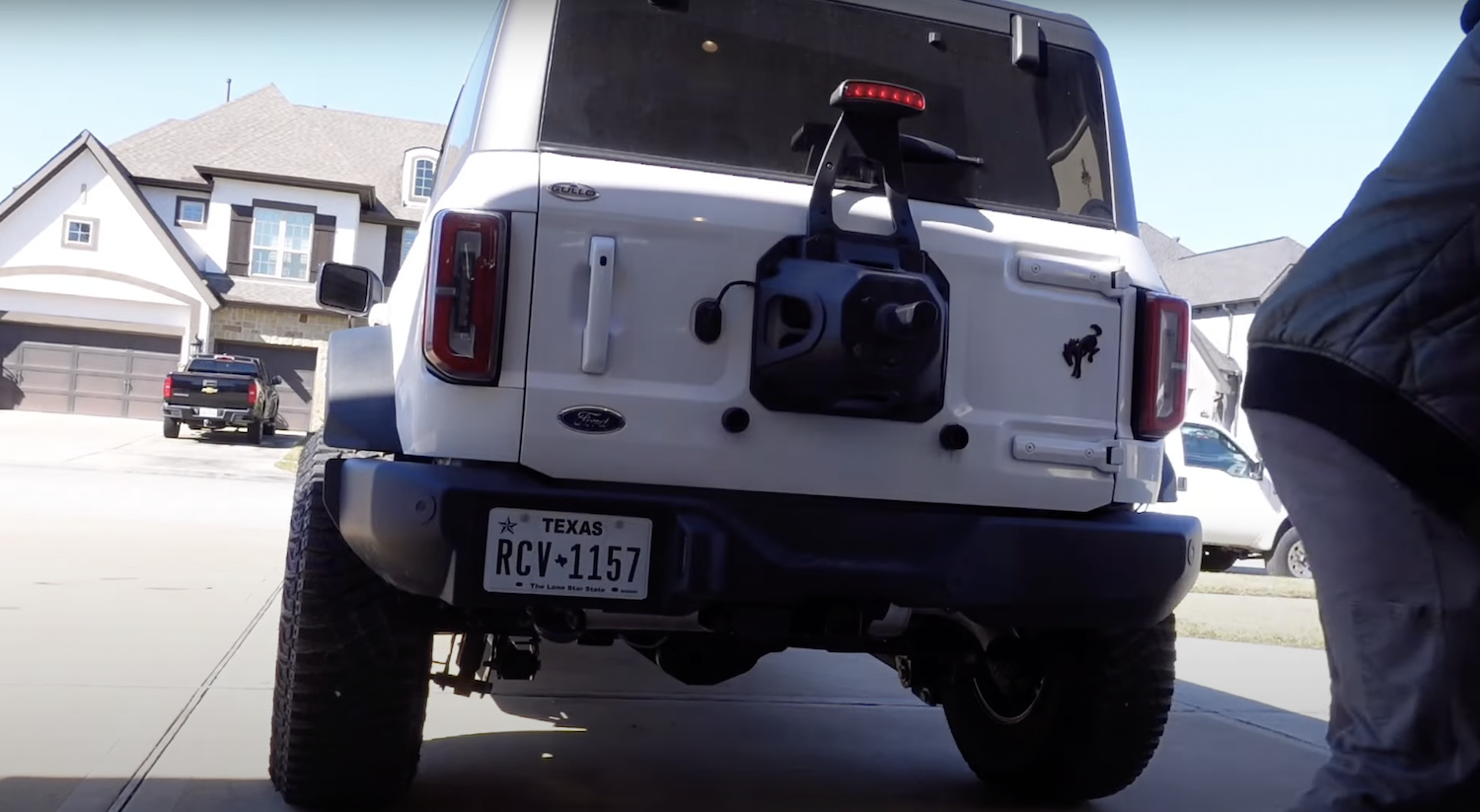 The Bronco owner in this video points out that third brake light extensions are currently available that move the third brake light up a little higher to make room for a larger spare tire. But in this case, he wants to eliminate the third brake light altogether and replace it with a universal kit that moves it behind the wheel for a cleaner look. The kit that he uses is actually designed for a Jeep Wrangler, but it also works on the Bronco with a few modifications, as it turns out. 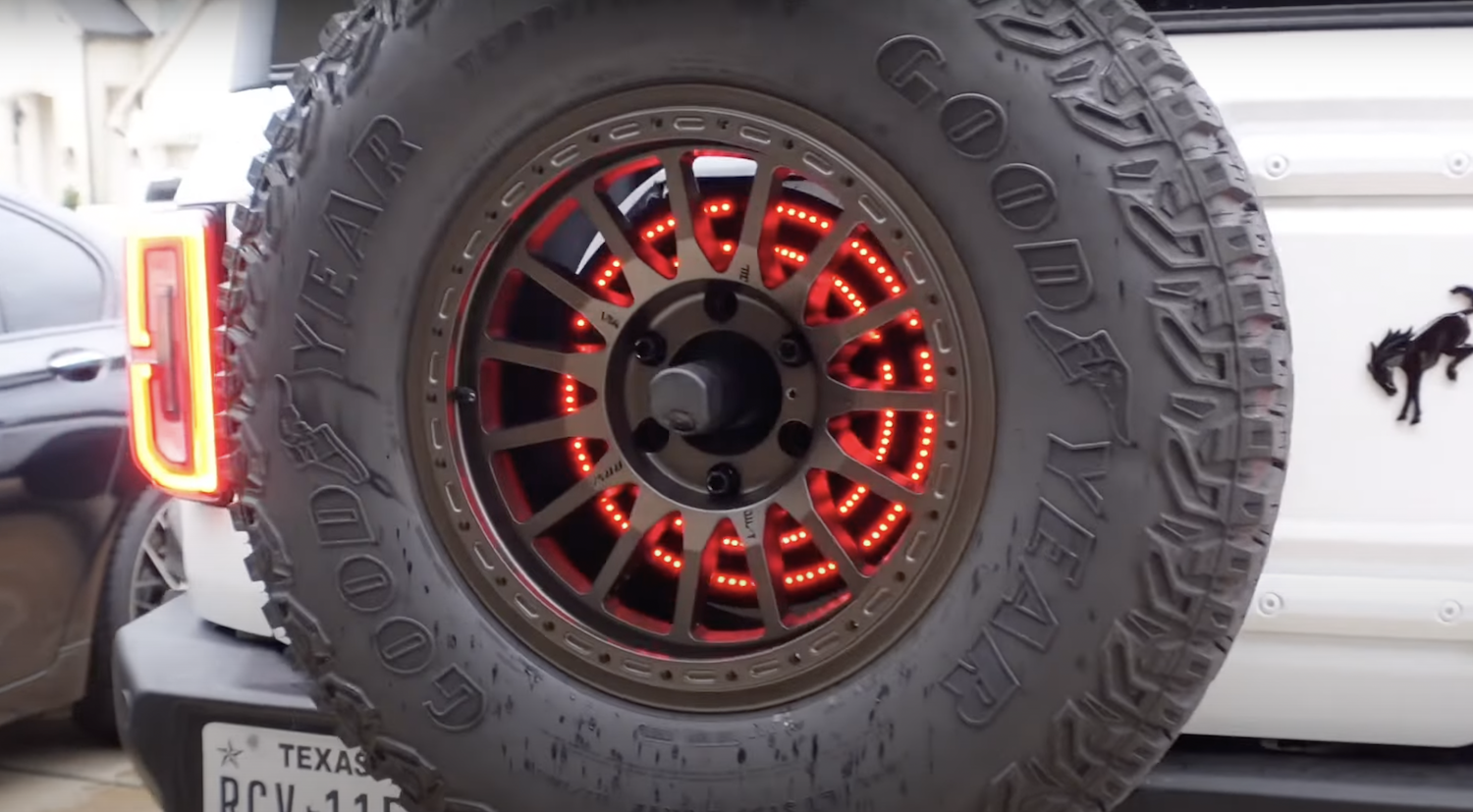 To make the universal kit work, the Bronco owner has to drill a couple of holes in the bracket to make it line up properly, but nothing terribly major. He also manages to hide the wiring for a clean look. From there, he removes the factory third brake light and splices the wires for the new light, which is obviously the most nerve-wracking part of the job, though by no means complicated.

With everything taped and sealed up to ensure no moisture can get inside, the new setup looks far cleaner than the original and provides far better visibility to boot. It also makes room for pretty much any size tire one wants to run on the Bronco without having to worry about changing the third brake light again in the future, which is a nice benefit as well.