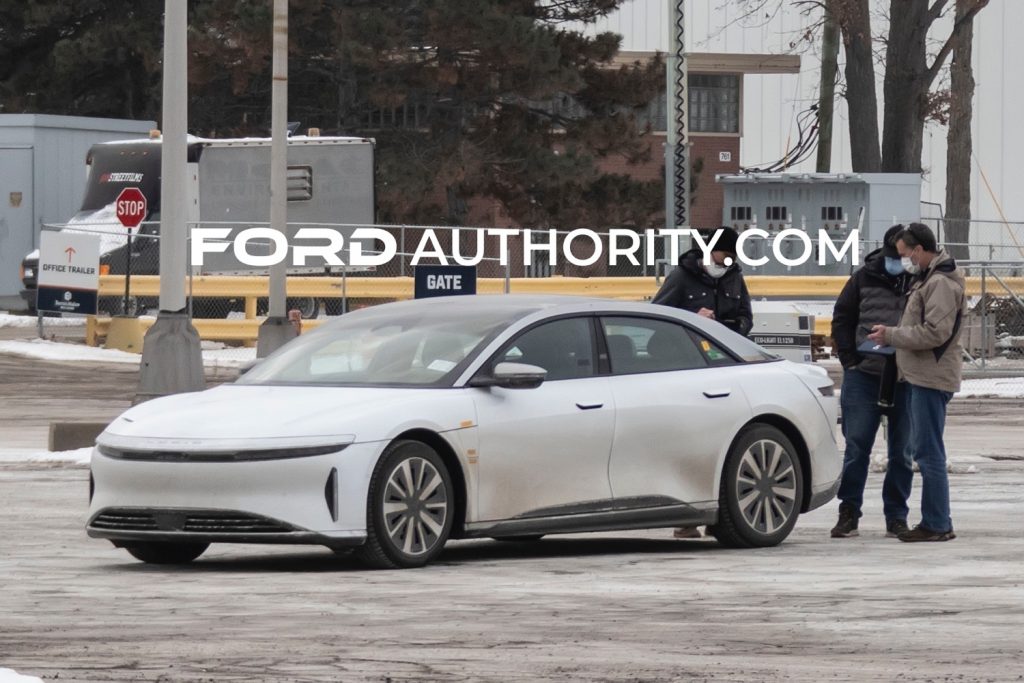 Automakers benchmark competitor vehicles against their own products all the time, and that includes Ford and its EV crossover, the Ford Mustang Mach-E, of course. Ford Authority spies have spotted The Blue Oval benchmarking a number of Mach-E rivals and other competitor EV offerings in recent months, including the Audi e-tron, Tesla Model 3, and Tesla Model Y. Now, those same spies have spotted a rather interesting vehicle being benchmarked by Ford – a Lucid Air. 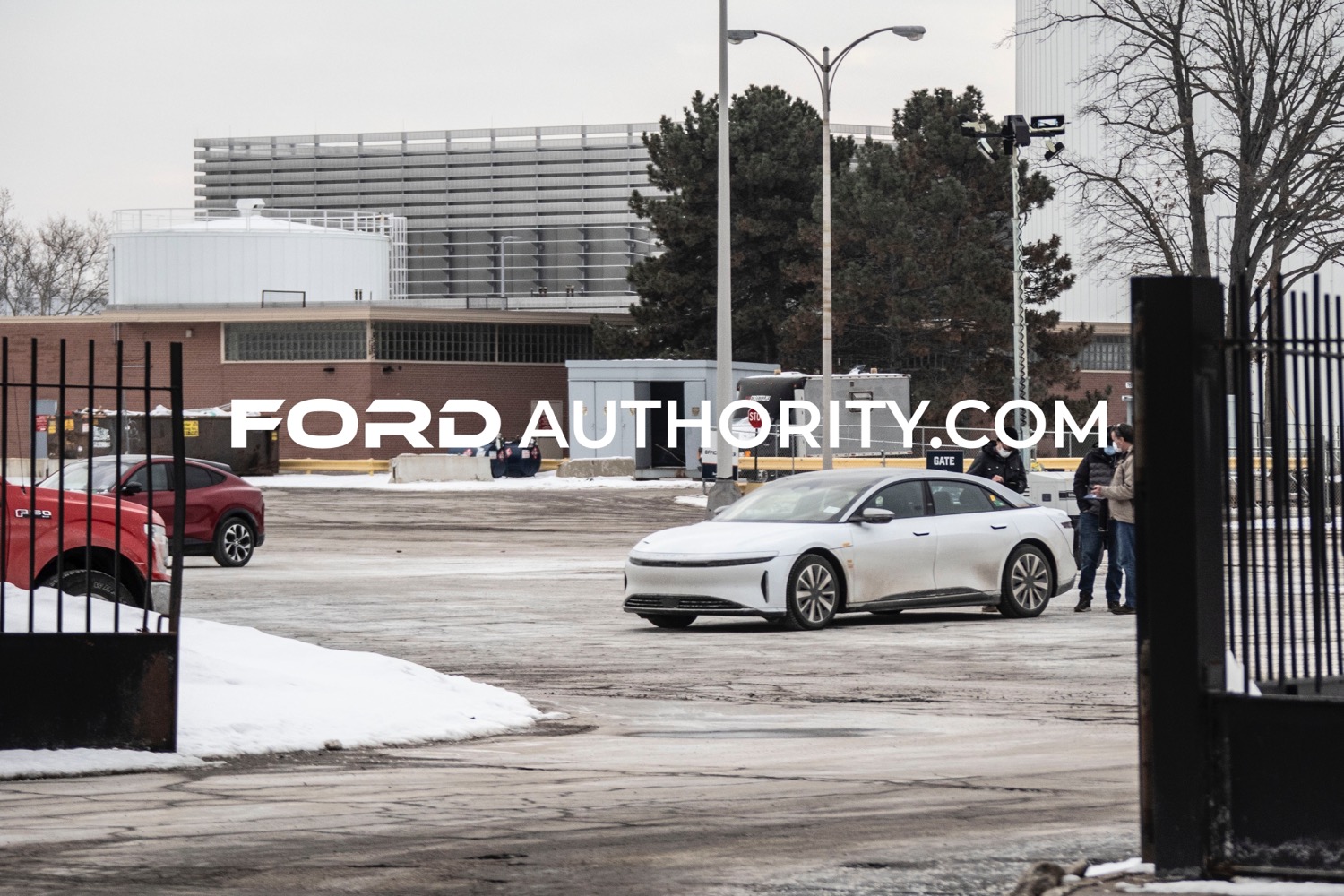 The Lucid Air is not a Ford Mustang Mach-E rival, mostly because the former is a far more expensive and luxurious EV sedan touting a price tag of anywhere between $77,400 and $169,000, depending on trim. However, given the fact that the Air just launched and it’s the automaker’s very first vehicle, it makes sense that Ford might want to take a closer look at its technology. 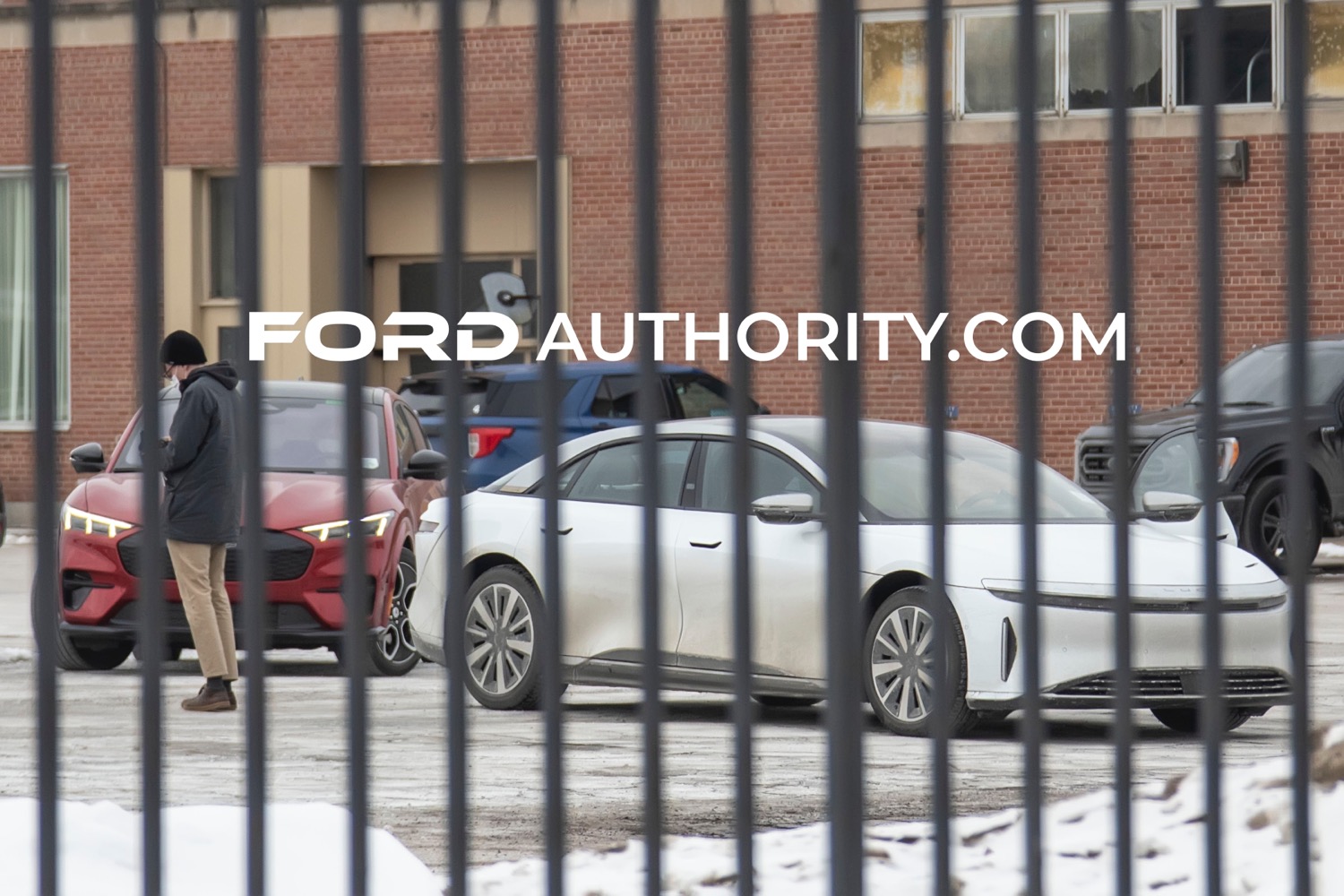 The Lucid Air comes in a variety of trims, including the base Air Pure, the Air Touring, Air Grand Touring, and the currently sold-out Air Dream Edition, which touts up to 1,111 horsepower and 520 miles of range, depending on whether shoppers choose the Performance or Range variants. The Air Dream Edition Performance is currently the most powerful EV on the market, while the Range has the most range of any EV currently on sale. 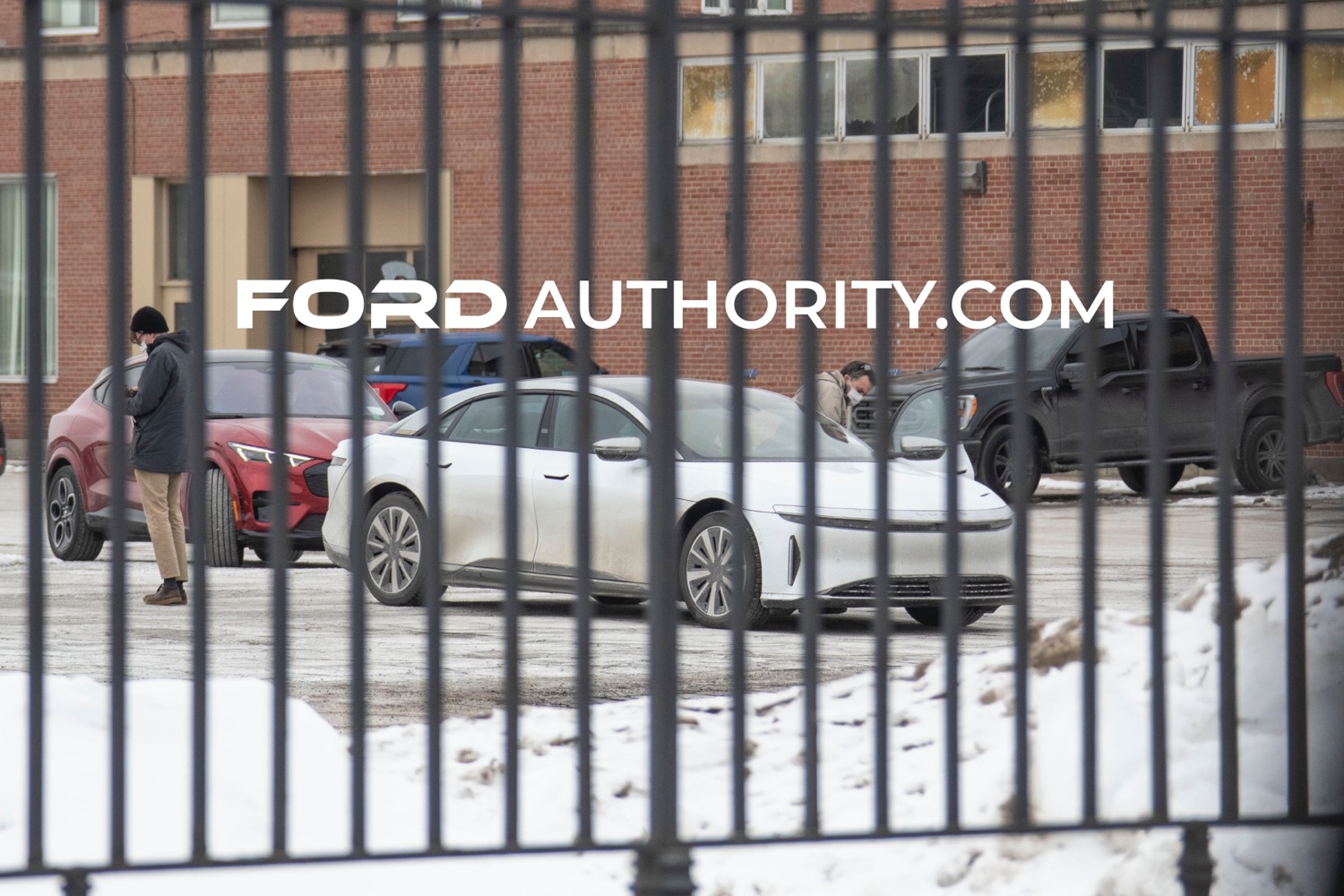 Thus, even though the Mach-E and Lucid Air are completely different vehicles that share essentially nothing in common other than the fact that they’re both EVs, it makes perfect sense for Ford to benchmark it, especially as the automaker works to vastly increase its electrified offerings in the coming years and continuously improve the ones that are already on sale, such as the Mach-E.