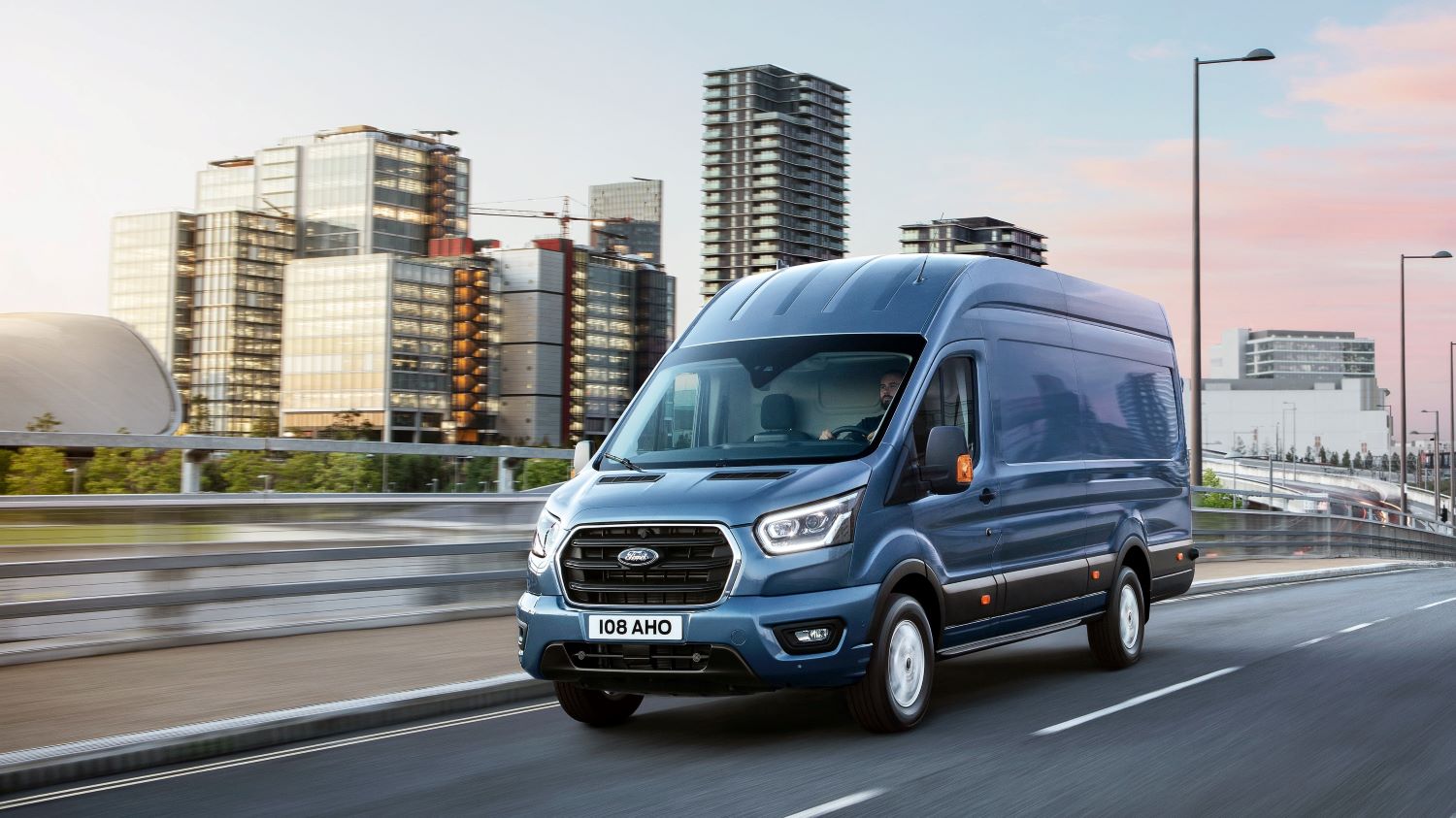 Ford Motor Company has filed a patent for a seat assembly with a pivotable armrest and airbag, Ford Authority has learned. 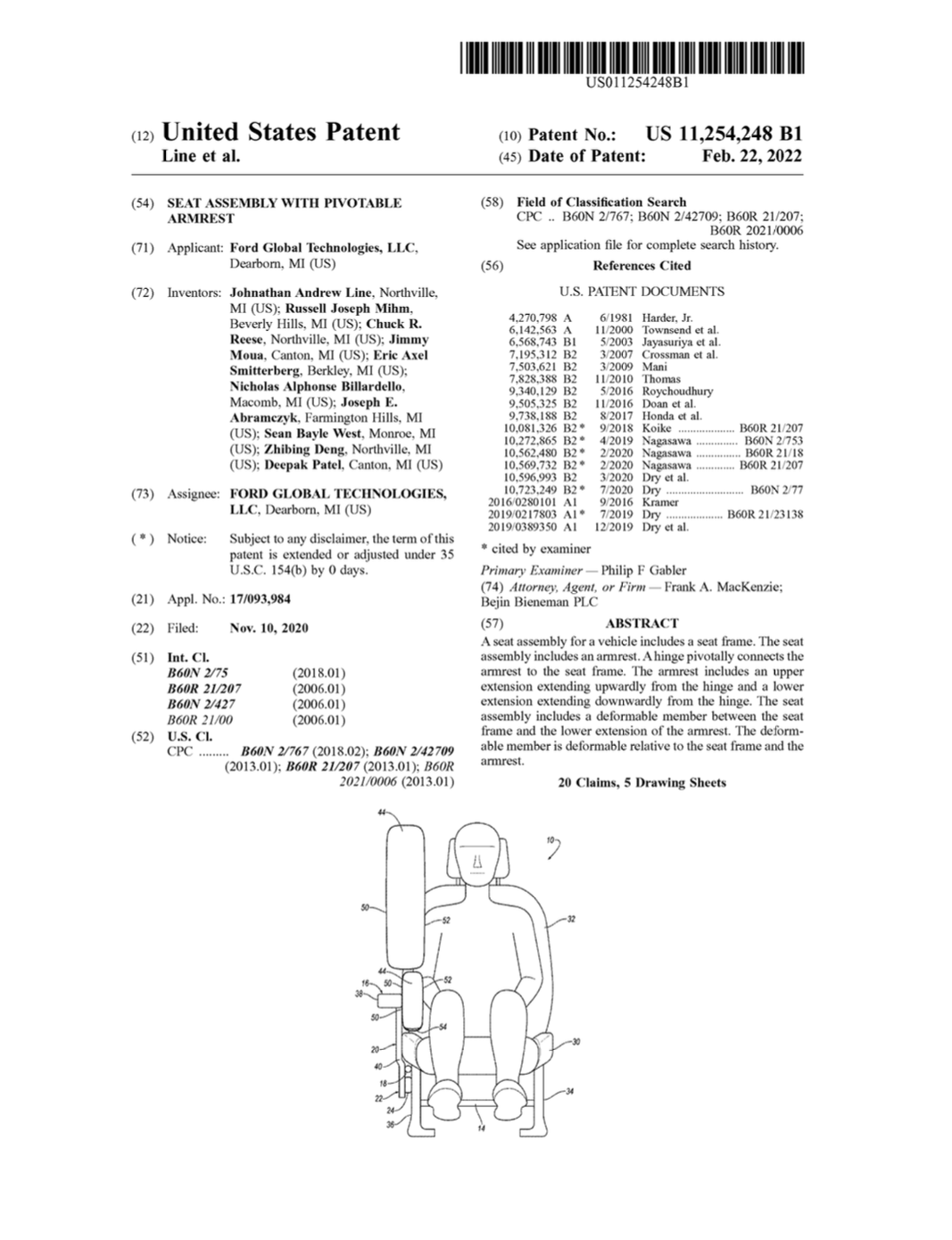 Ford has filed a flurry of airbag-related patents in recent months, including an externally-mounted system for rollover accidents and airbags for removable Ford Bronco doors, as well as one that depicts an autonomous vehicle with a retractable table. This latest Ford patent also involves the use of an airbag, but in this case, it’s contained within a seat that has a very interesting pivoting armrest that could be useful for a number of reasons. 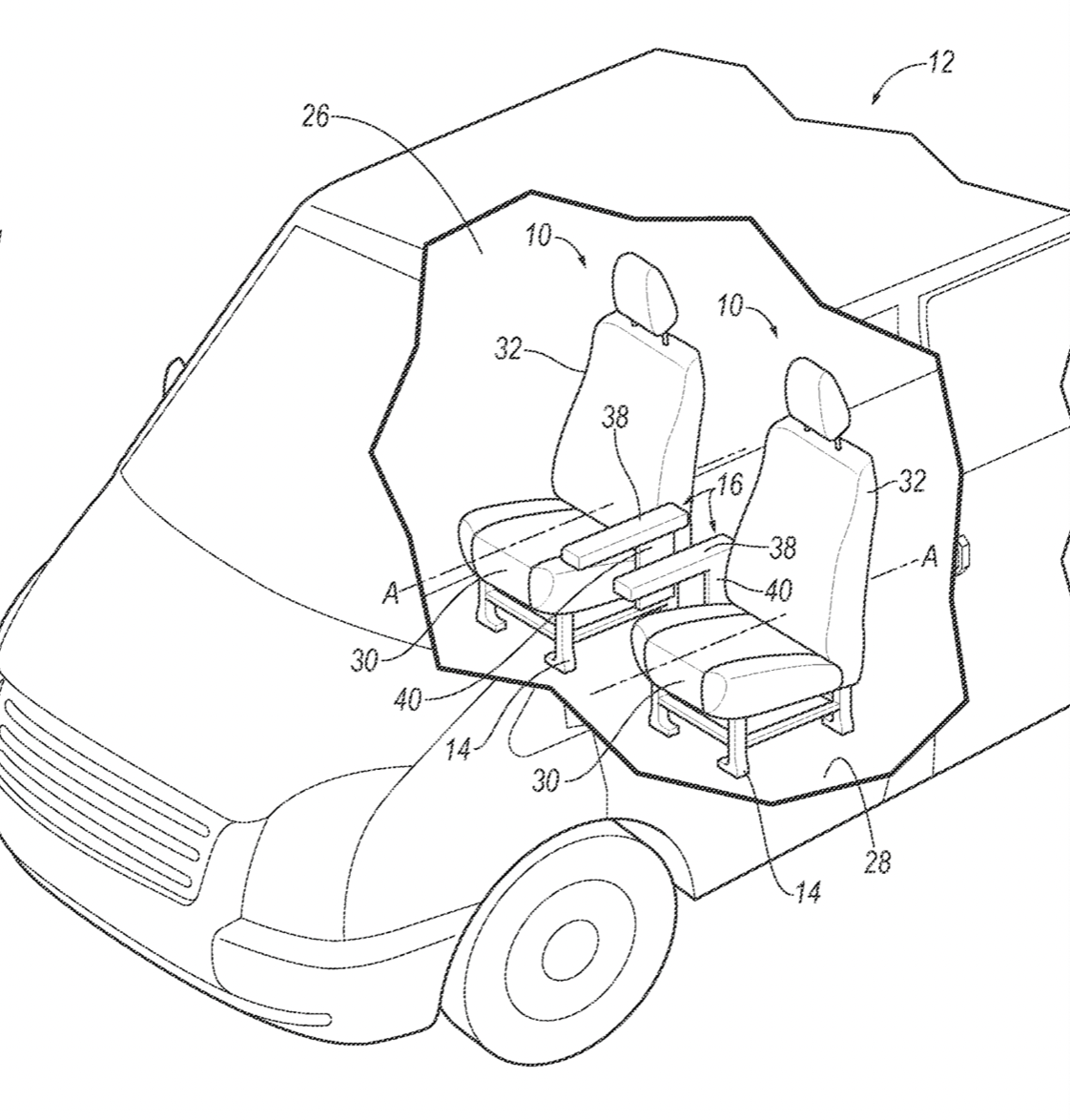 The airbag in this patent is mounted into the inboard position of the seat, as well as the outboard portion, the former of which is rather unique. The idea is to protect the hip and torso area of occupants as well as provide a barrier between people and the door of the vehicle. Meanwhile, the armrest is also designed to absorb energy from a crash in the event that an occupant strikes it. The armrest can also pivot away from occupants in the event of a crash, preventing it from causing any injury as well. 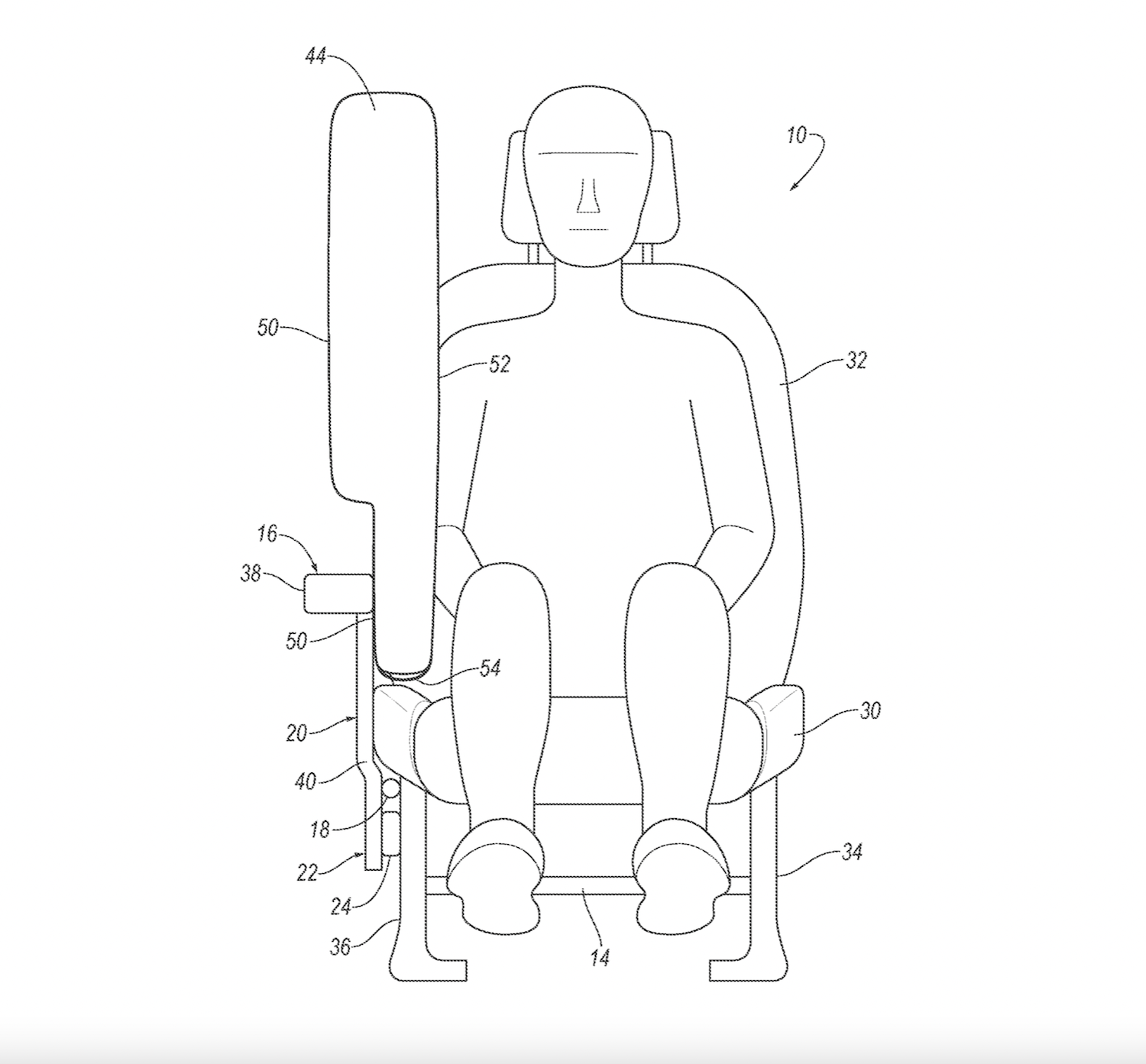 This Ford patent aims to take seat-mounted airbags to an entirely new level in a variety of ways, all in the name of improving vehicle safety. It isn’t radically different from what is present in many new vehicles today but does provide yet another opportunity to protect passengers in the event of an accident, without having to give up basic creature comforts at the same time.