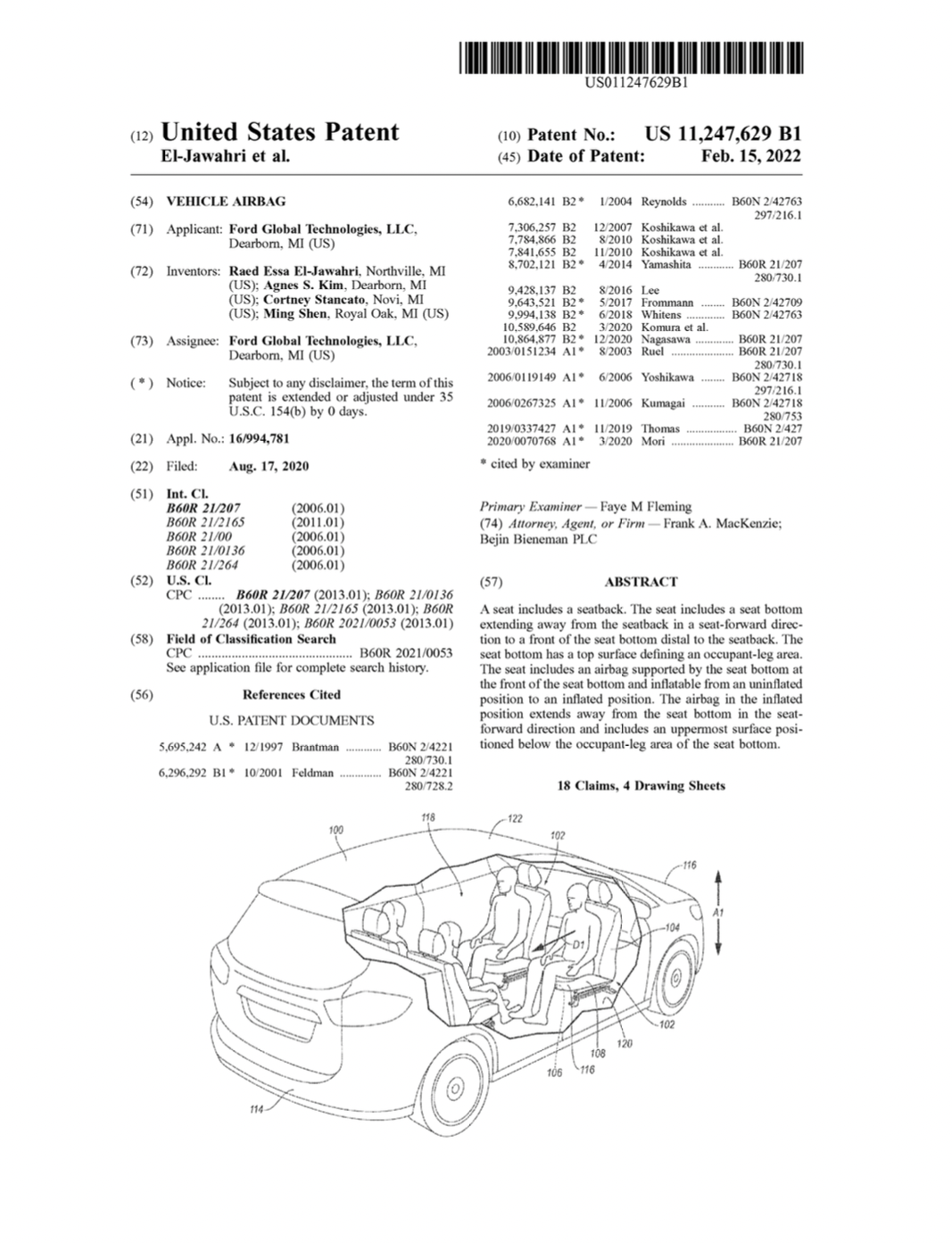 Over the last several years, Ford has filed a number of airbag-related patents, including an externally-mounted system for rollover accidents and airbags for removable Ford Bronco doors, as well as a rather interesting one that depicts an autonomous vehicle with a retractable table that occupants can gather around. This new Ford patent combines some of those ideas into one, depicting a seat bottom-mounted airbag that can be used in autonomous vehicles for a number of reasons. 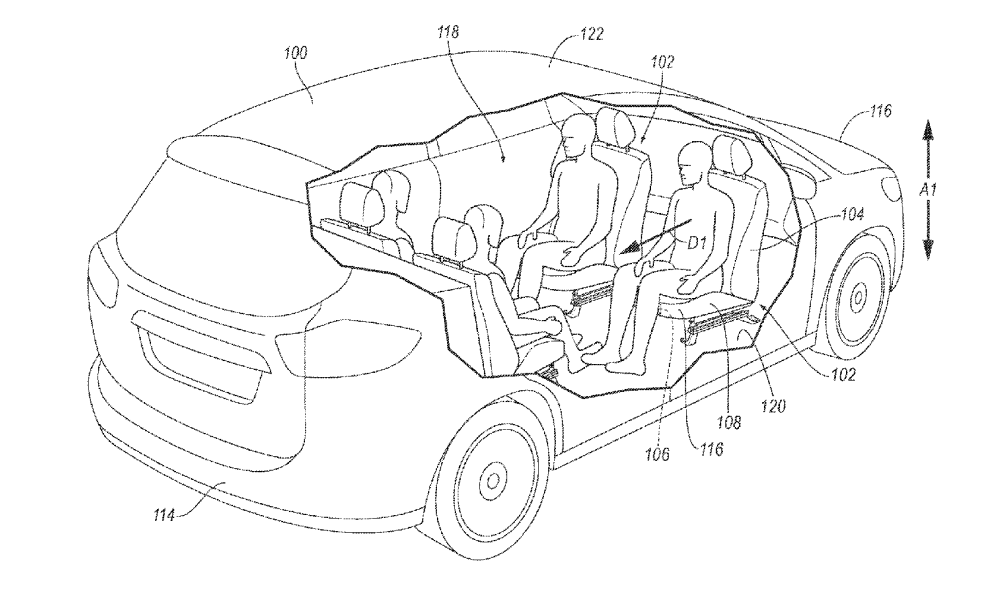 The seat-mounted airbags seemingly control how an occupant’s legs move in the event of a crash, and could potentially prevent autonomous vehicle occupants from striking each other if an accident was to occur. However, the patent notes that these airbags could be used in any sort of vehicle – not just those that drive themselves.

According to the patent, the seat-mounted airbags would extend away from the seat when inflated, which would prevent the occupant’s legs from hitting the seat or seat frame in the event of an accident. Otherwise, the airbags would function much like any other type of airbag, meaning that an impact sensor in the vehicle would trigger the airbag inflator in the event of an imminent collision, helping to protect the driver and passengers from injury. 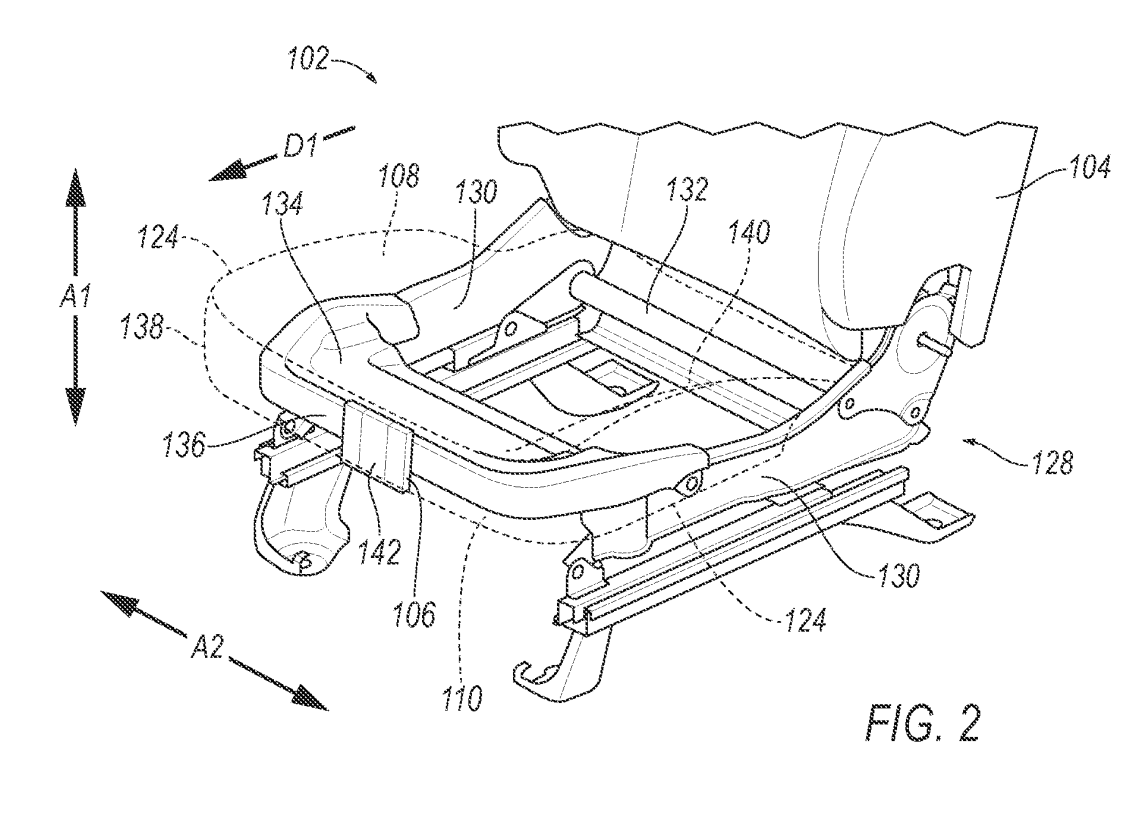 The key here is that Ford is looking into additional ways to do just that and make its vehicles safer, particularly as it continues to develop fully autonomous vehicles that will present new challenges in that regard.