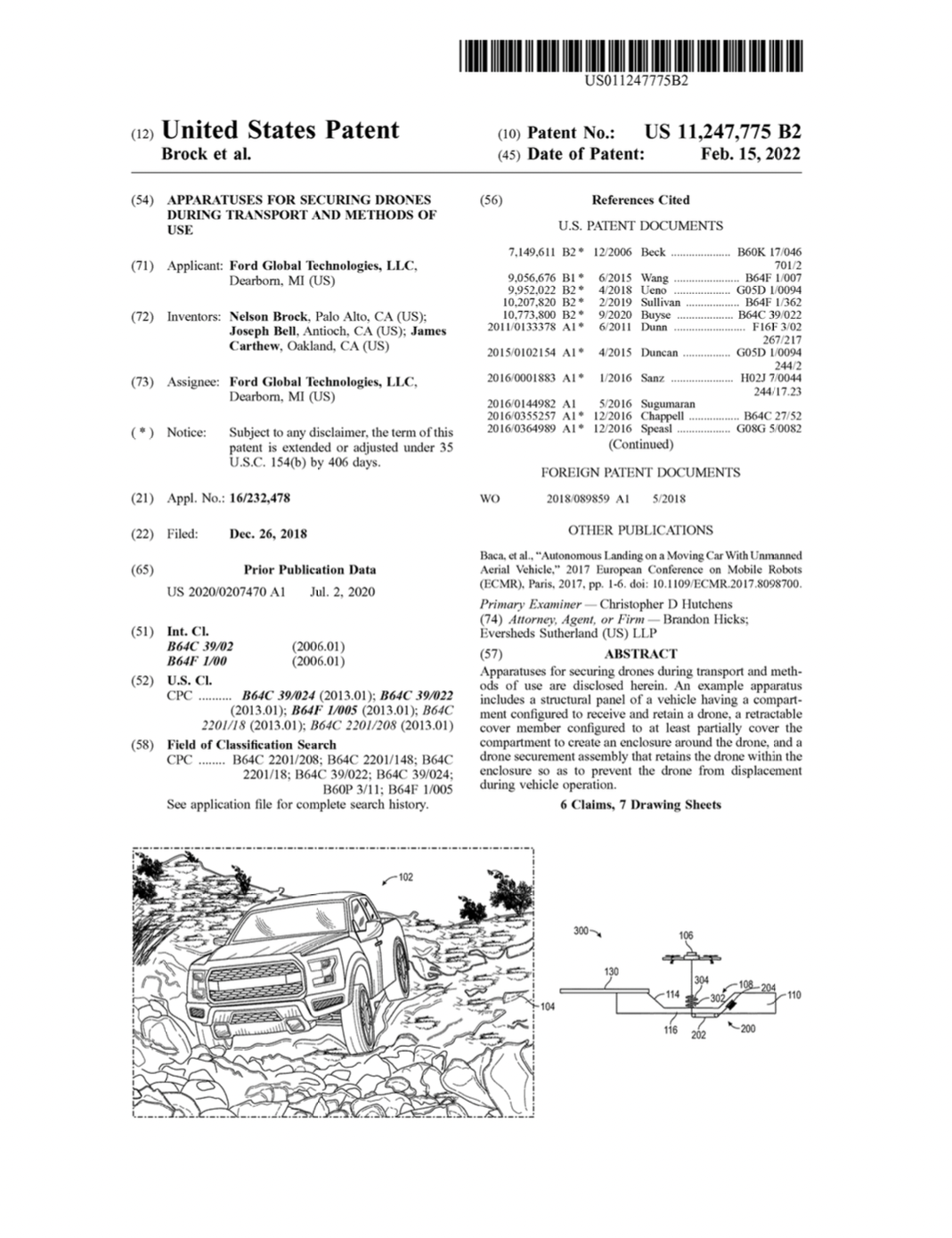 This Ford patent filing is the latest in FoMoCo’s exploration of using drones in conjunction with its vehicles, as the automaker filed a patent back in 2019 for a vehicle-based drone that could help emergency personnel locate a vehicle in the event of an accident or medical emergency. Back in 2020, Ford also announced that it was teaming up with Drone Delivery Canada and the University of Toronto Institute of Aerospace Studies on a new research endeavor that aimed to test an automated drone as it tracks and lands on a moving vehicle. 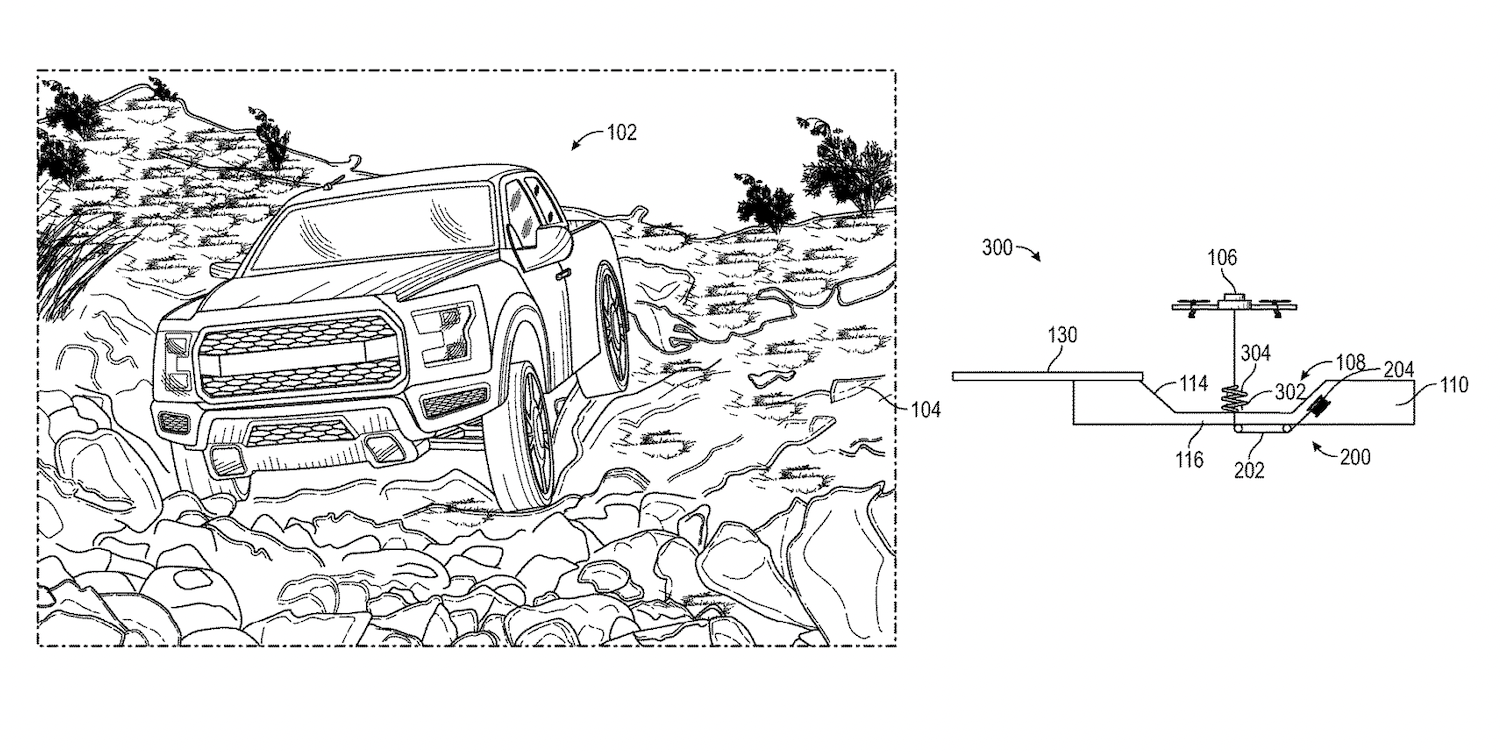 This latest Ford patent takes the integration of drones and automobiles a bit further, giving vehicles a special compartment to store the small aircraft. This could consist of an enclosure or hidden compartment on a vehicle with a retractable cover, from which the drone could emerge and fly off when the owner wants to deploy it for various reasons.

The drone could be controlled via a smartphone app or from within the vehicle, which in the case of this patent, is a Ford F-150 Raptor navigating off-road terrain. The drone could be used to scope out terrain ahead, help someone who’s lost and needs to find their way back to civilization, or just take some cool aerial photos. 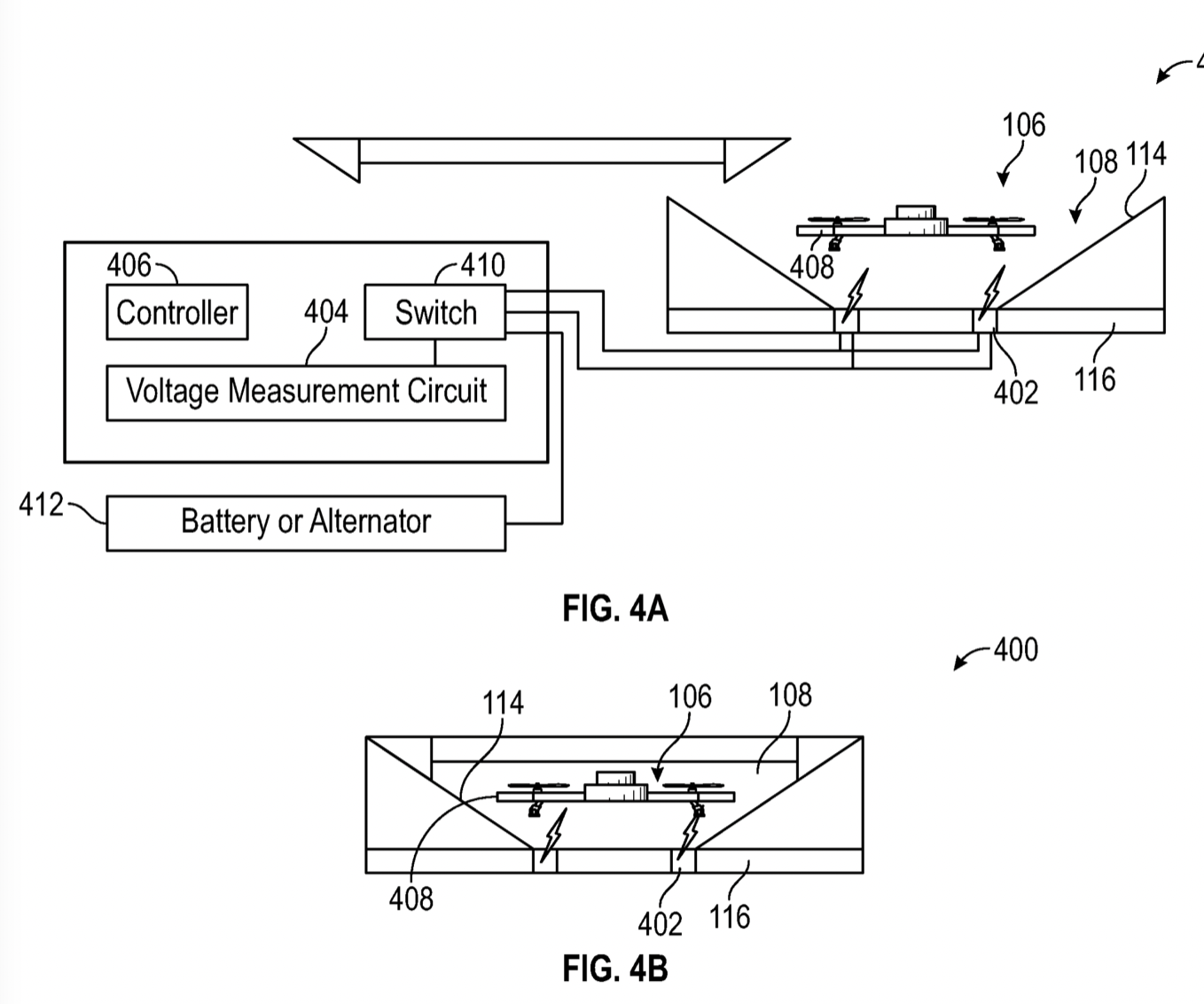 As Ford points out in the patent, this drone storage compartment system could be utilized on a number of automobiles for a wide variety of purposes, but it isn’t limited in that regard. In fact, the automaker specifically mentions water-based vessels such as boats, which could presumably make use of a nifty idea like this as well.