Ford Motor Company has filed a patent for a steering wheel with virtual controls, Ford Authority has learned. 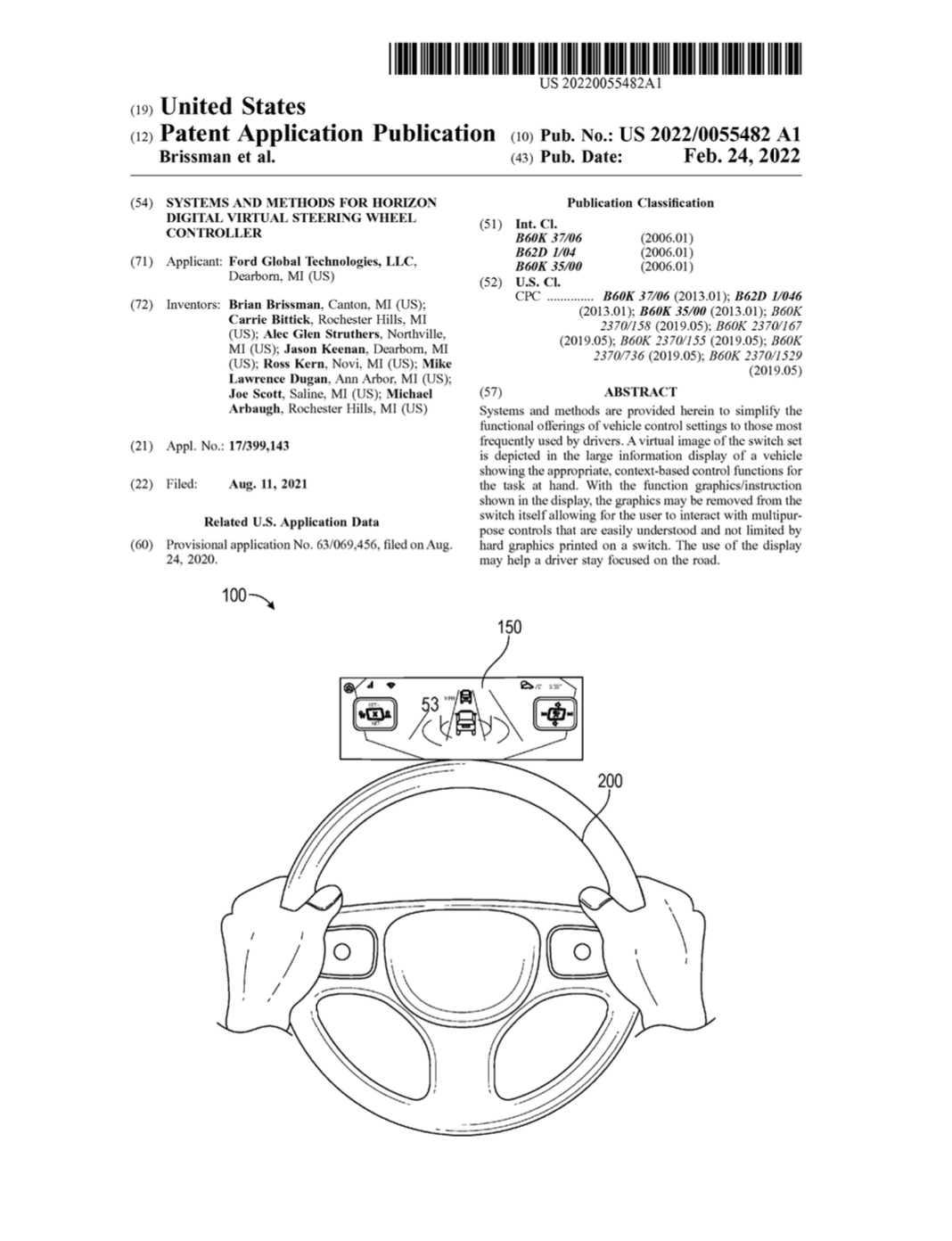 Over the past several years, a number of automakers have replaced physical buttons – including some on steering wheels – with capacitive controls or even small screens. That appears to be the case with this new Ford patent, which depicts a steering wheel with virtual controls that take the place of physical buttons for things like audio systems, cruise control, and/or Sync-related controls. 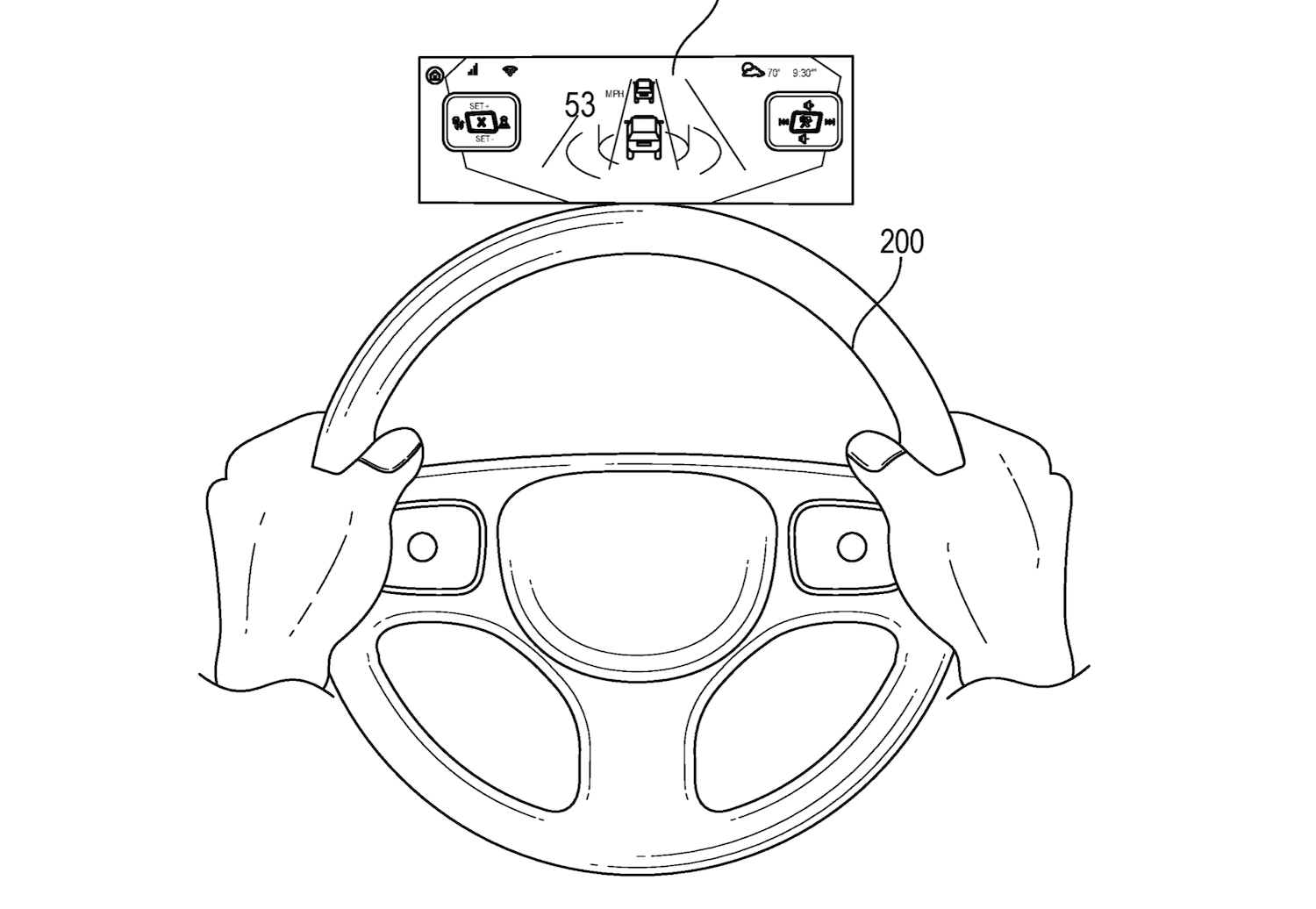 In some models – like the recently-revealed international market 2023 Ford Ranger – FoMoCo has already begun removing physical controls and replacing them with controls in the vehicle’s touchscreen, a move that has drawn the ire of quite a few folks in recent years. Regardless, this trend appears to be here to stay, as it’s become more and more prominent in recent years.

In this patent, we can also see that Ford is thinking about taking frequently-used controls and replacing them with a virtual image of the switch set in a vehicle’s digital information display. When the function is displayed on the screen, the graphics are removed from the control itself, which allows the driver to more easily interact with it and perhaps stay focused on the road rather than having to hunt for a switch or control. 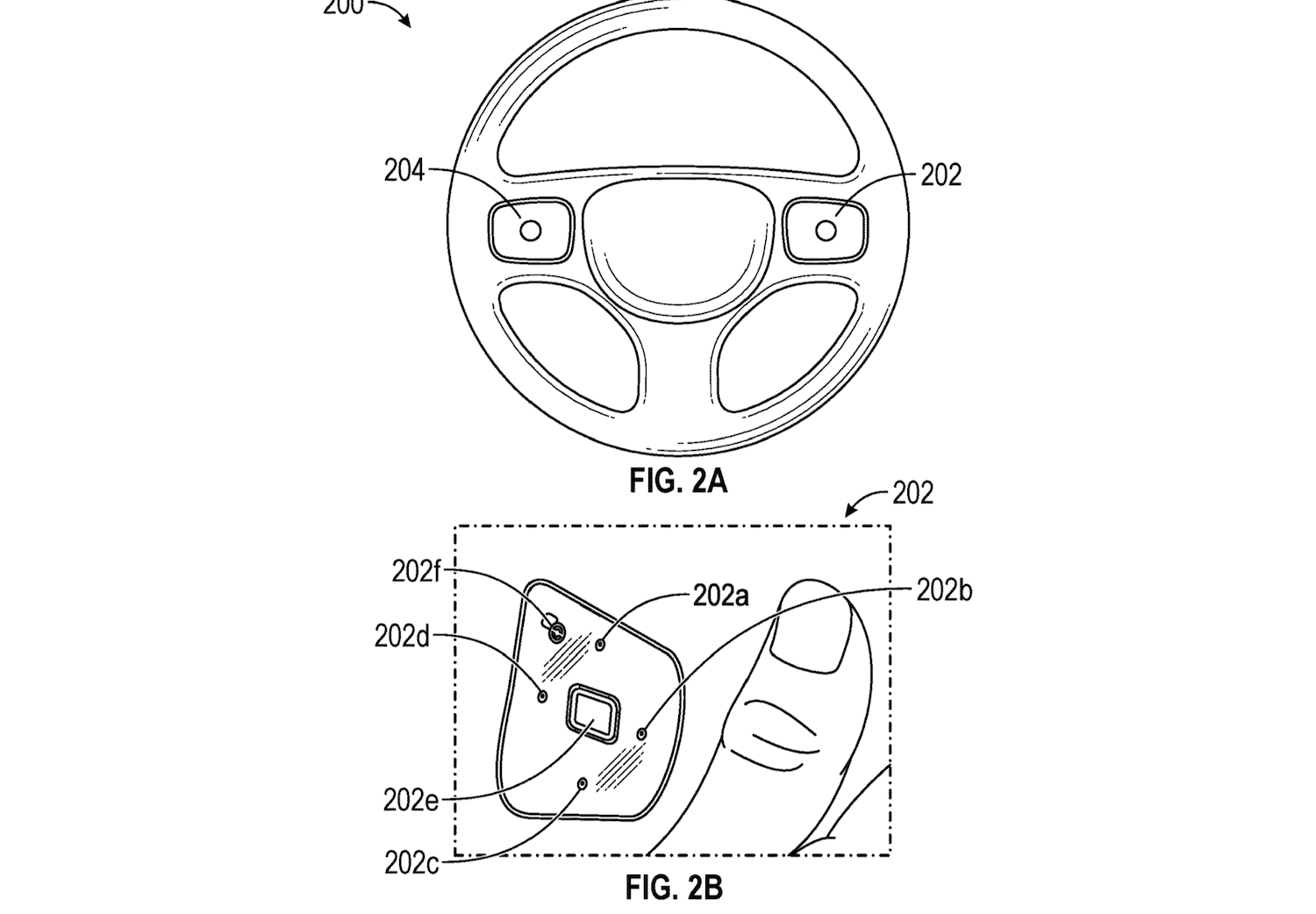 In theory, this could help keep a driver from looking down and searching for buttons on the steering wheel, though the same can be said of physical controls once owners get used to their location and feel. Regardless, it wouldn’t be surprising to see a feature like this appear on future Blue Oval models in some capacity.