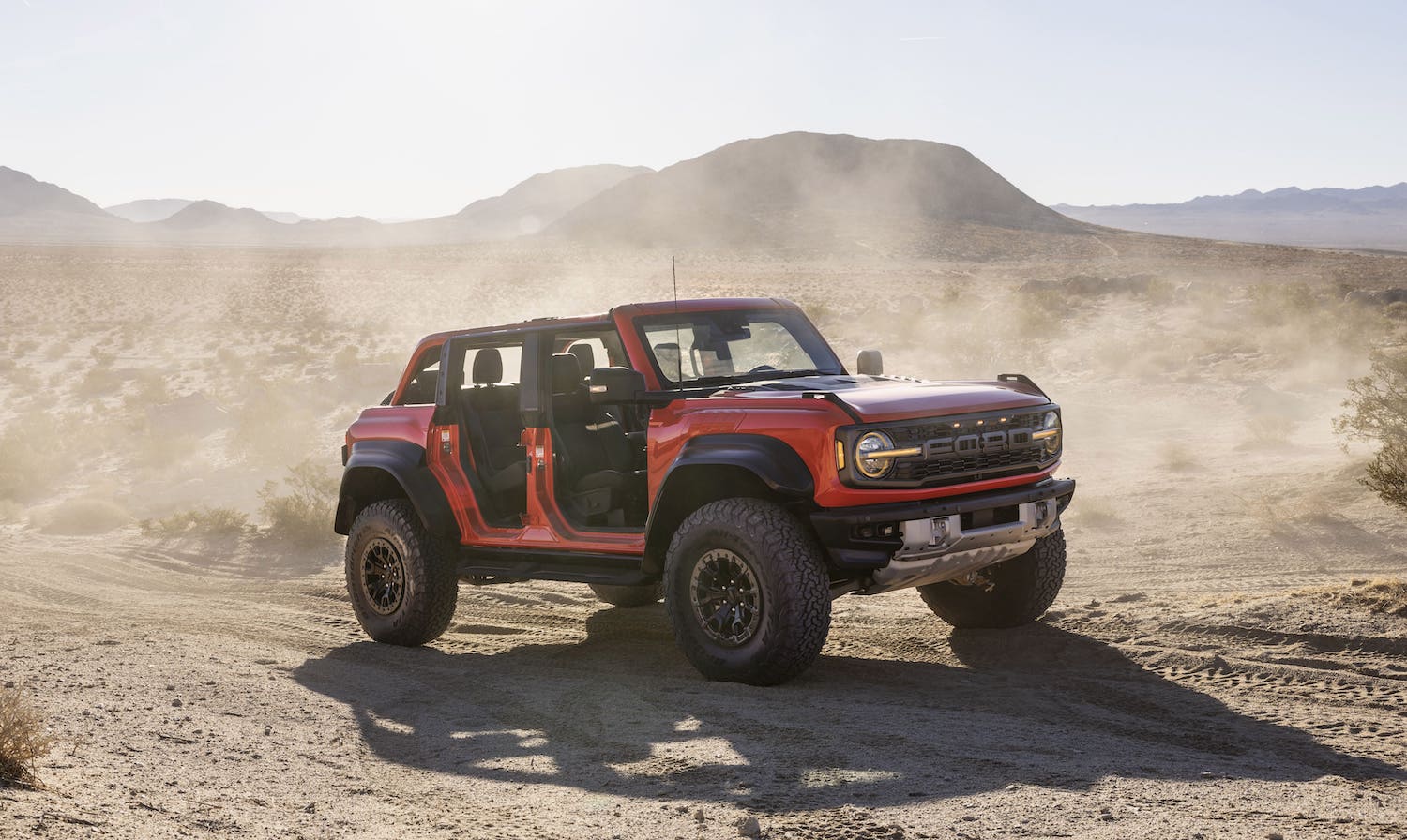 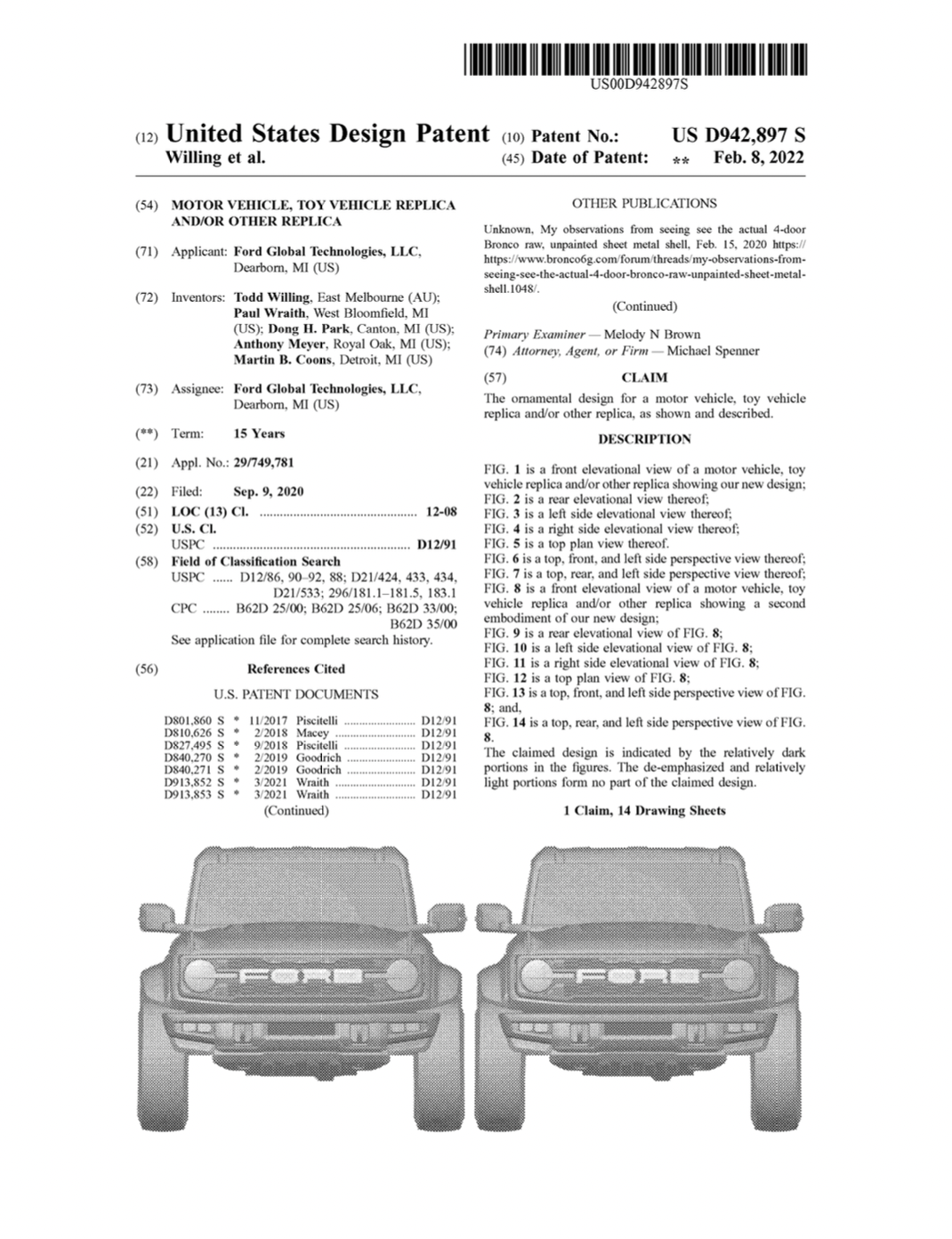 Currently, a couple of companies including Maisto and Greenlight Collectibles make and sell Ford Bronco diecast models, so it’s no surprise that this new Ford patent appears to preview a diecast version of the high-performance Ford Bronco Raptor. Interestingly, the artwork depicting this future model does not include the spare tire that the Bronco Raptor (and every other Bronco model) carries on its tailgate, however. 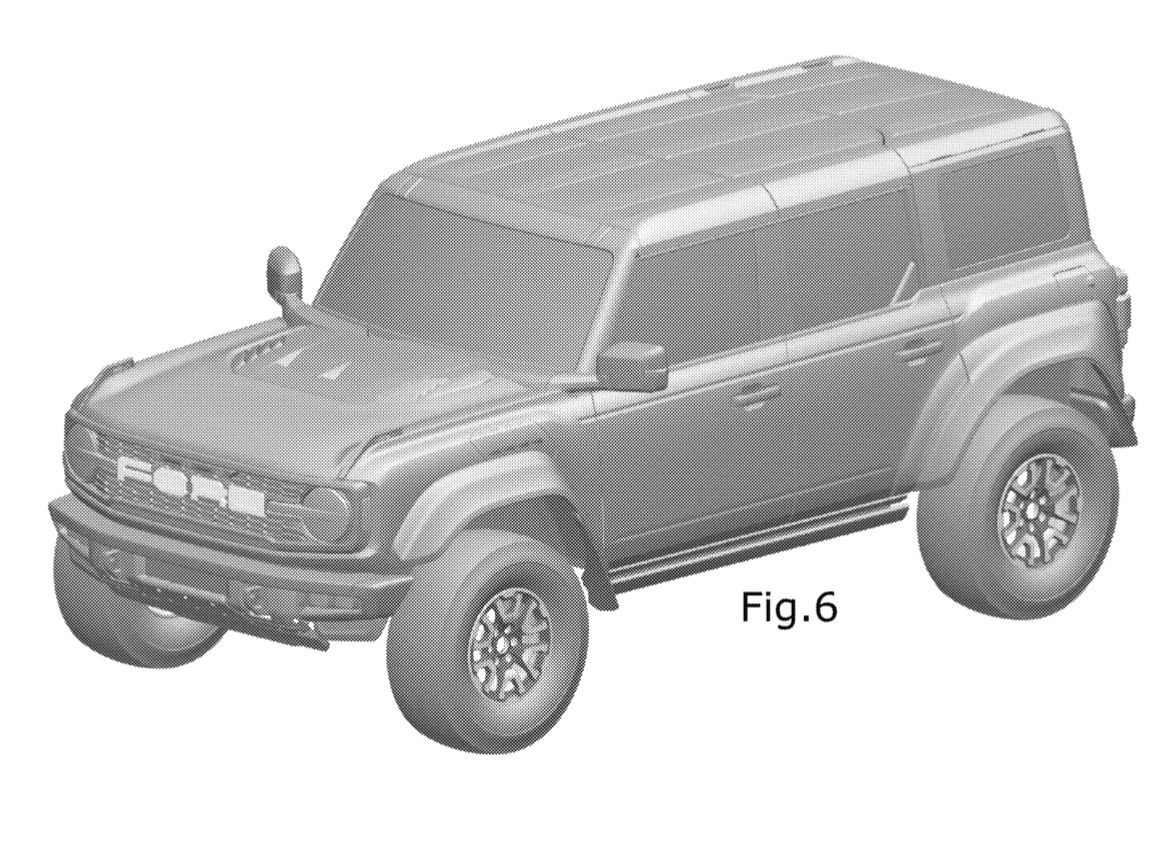 The smaller, toy version of the Bronco Raptor will also join a number of other recently-released diecasts modeled after existing FoMoCo models, including a special limited-edition 1962 Ford F-100 unibody pickup from Hot Wheels, the 1967 Ford Mustang She Country Special, and the 2017 Ford F-150 Raptor, also a Hot Wheels limited edition.

The real-life 2022 Bronco Raptor was just revealed last month with a bevy of special equipment that makes it the most capable version of the sixth-gen SUV to date. That includes a Dana 44TM AdvanTEK front differential with upgraded half-shafts and a Dana 50TM Heavy-Duty AdvanTEK rear differential, the new H.O.S.S. 4.0 suspension system, Fox 3.1 Internal Bypass Semi-Active Dampers, 37-inch tires, and Ford’s 3.0L EcoBoost V6 – as Ford Authority was the first to report back in 2020. 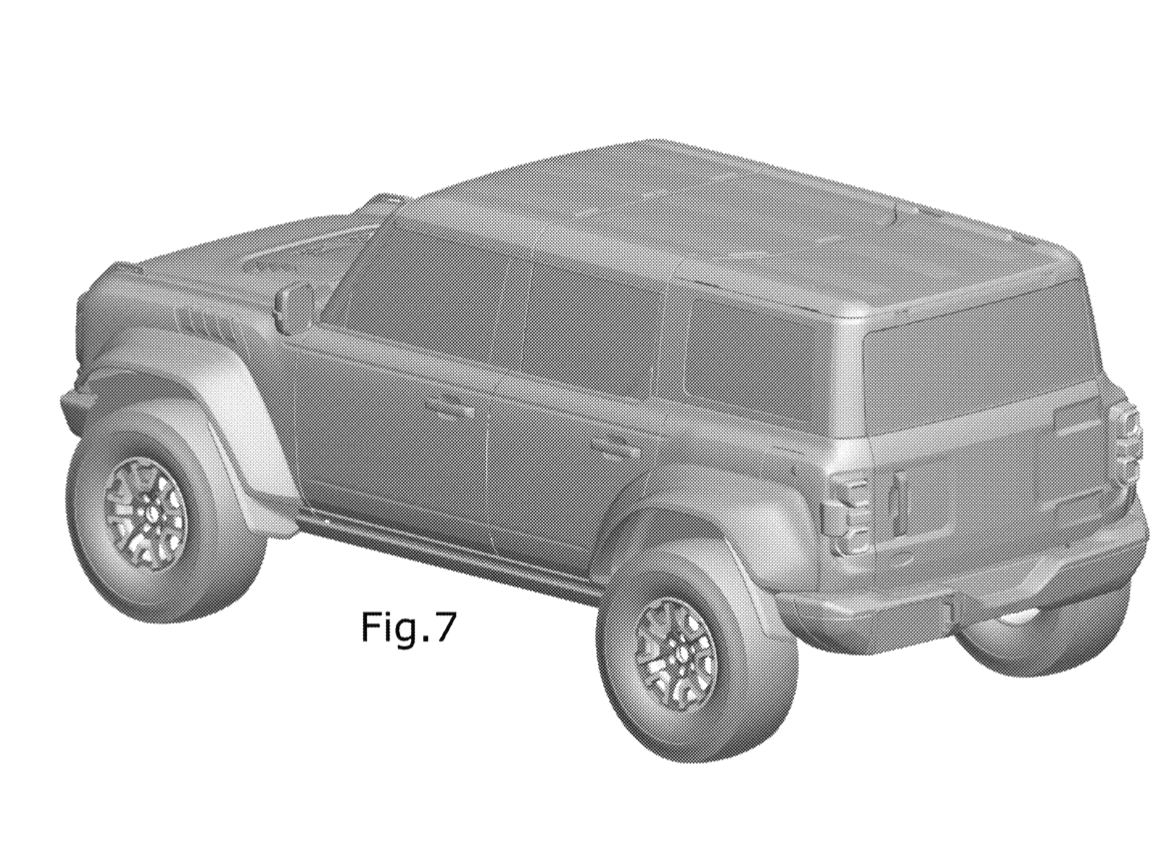 A Bronco Raptor diecast model should be far easier to obtain than the real thing, as the majority of 2022 models built will go to carryover unscheduled 2021 Bronco order holders, as Ford Authority previously reported. With demand exceeding Ford’s current production capacity, the automaker will stop taking orders for 2022 Bronco models next week. Additionally, the diecast model should be significantly cheaper than the real thing as well, which starts out at just under $70k.

We’ll have more on this and all Ford patents soon, so be sure and subscribe to Ford Authority for more Ford Bronco news and the latest Ford trademark news, Ford business news, and ongoing Ford news coverage.