Ford Motor Company has filed a patent for portable battery packs for EVs and other electronic devices with the United States Patent and Trademark Office (USPTO), Ford Authority has learned. 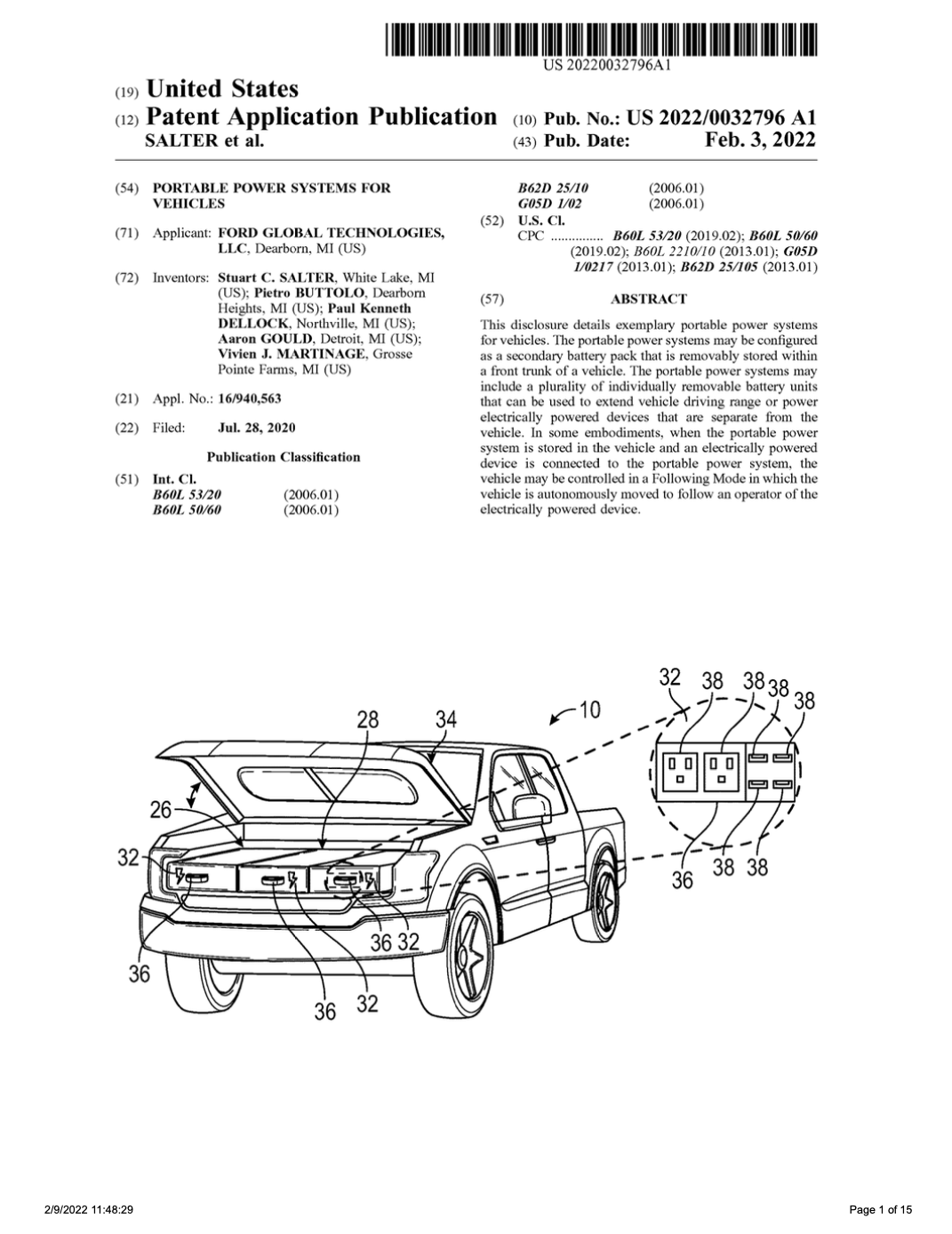 Back in October of 2020, Ford filed a patent for a removable, range-extending generator that would theoretically sit in the bed of a pickup like a toolbox. It contained an engine, fuel tank, exhaust system, and electronics in one package, which would presumably kick in when an EV pickup – such as the Ford F-150 Lightning – is facing a low state of charge in its main battery pack. 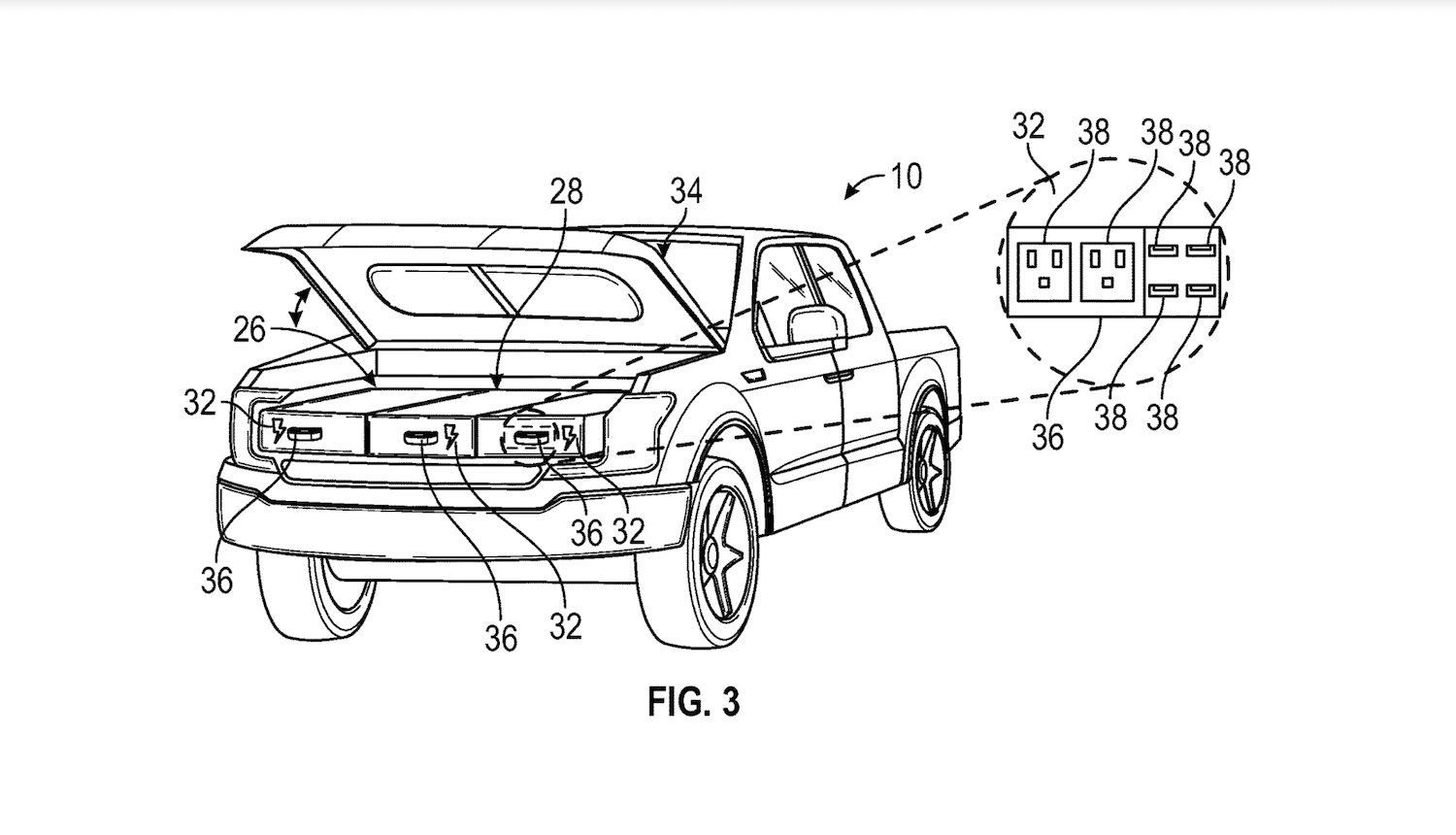 This new patent provides a different way to tackle range anxiety, using a portable battery pack that would reside in the F-150 Lighting’s (or any other EV’s) frunk and could be used as a secondary battery pack(s) or range extender for the EV itself, or be utilized as a way to charge other vehicles or electronic devices. According to the patent, a vehicle utilizing these battery packs could also be moved autonomously using a “Following Mode” to follow the operator of another electronic device or EV. 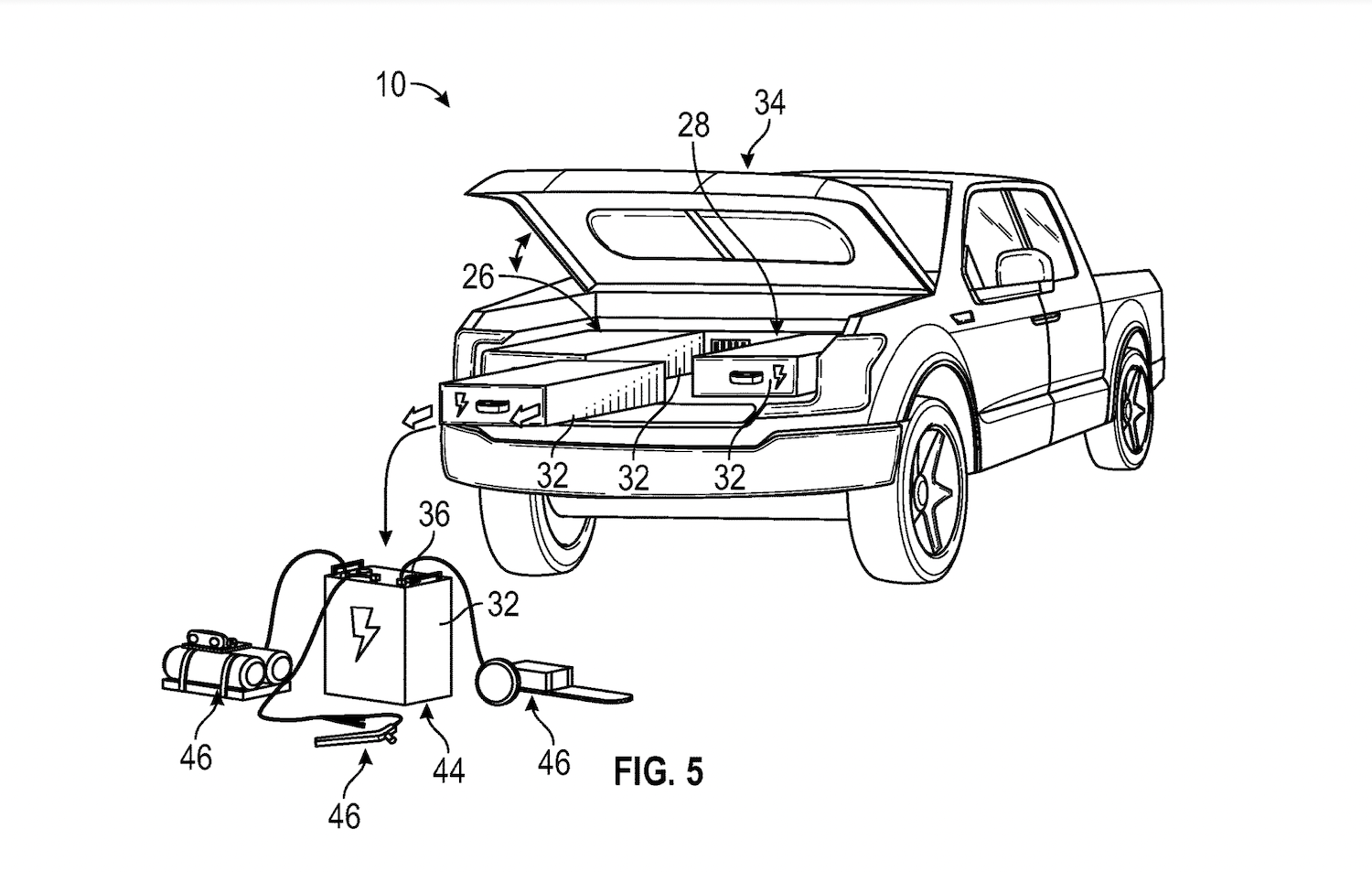 From the patent images provided, we can see that the portable battery packs would essentially extend through the grille of the vehicle, almost like the giant battery banks that people already use to charge things like smartphones and laptops. This sort of technology would complement the existing vehicle-to-vehicle charging capability present in the Ford F-150 PowerBoost and F-150 Lightning with a more portable option that could go a long way in addressing concerns over range anxiety, if it ever comes to fruition.

We’ll have more on this and all of Ford’s trademark and patent filings soon, so be sure and subscribe to Ford Authority for the latest Ford trademark news, Ford business news, Ford F-Series news, Ford F-150 news, F-150 Lightning news, and non-stop Ford news coverage.