As Ford Europe continues its transition to all-electric vehicles – which is expected to be completed by 2030 or sooner, the automaker’s electrified offerings, in general, have been steadily gaining in popularity in that region. Take the Ford Puma, for example – the crossover has quickly become Ford’s best-seller in Europe, while the Ford Puma Hybrid and PHEV also top the sales charts in each’s respective segment. Thus, it should come as no surprise that a Ford Puma EV could potentially be on track for a 2024 launch, according to Drive.

The report indicates that a Ford Puma EV could launch in the second half of 2024 or early 2025 for the 2025 model year – joining the forthcoming Focus EV – and will allegedly share its mechanicals with the 2024 Ford Transit Courier van, which will also be offered in an all-electric variant. Interestingly, the report also notes that the Puma EV will continue to ride on the same platform as the current ICE-powered Puma – not Volkswagen’s MEB platform, which will underpin one or possibly two future European Ford EVs.

This development may indicate that Ford plans to be less reliant on the MEB platform than previously thought, which isn’t a huge surprise given the fact that the automaker recently nixed plans to develop another EV on Rivian’s Skateboard platform as it works on its own dedicated EV underpinnings. Ford’s battery joint-venture with SK Innovation – BlueOvalSK – is also eyeing a European plant, where batteries for future EV models could be produced locally. 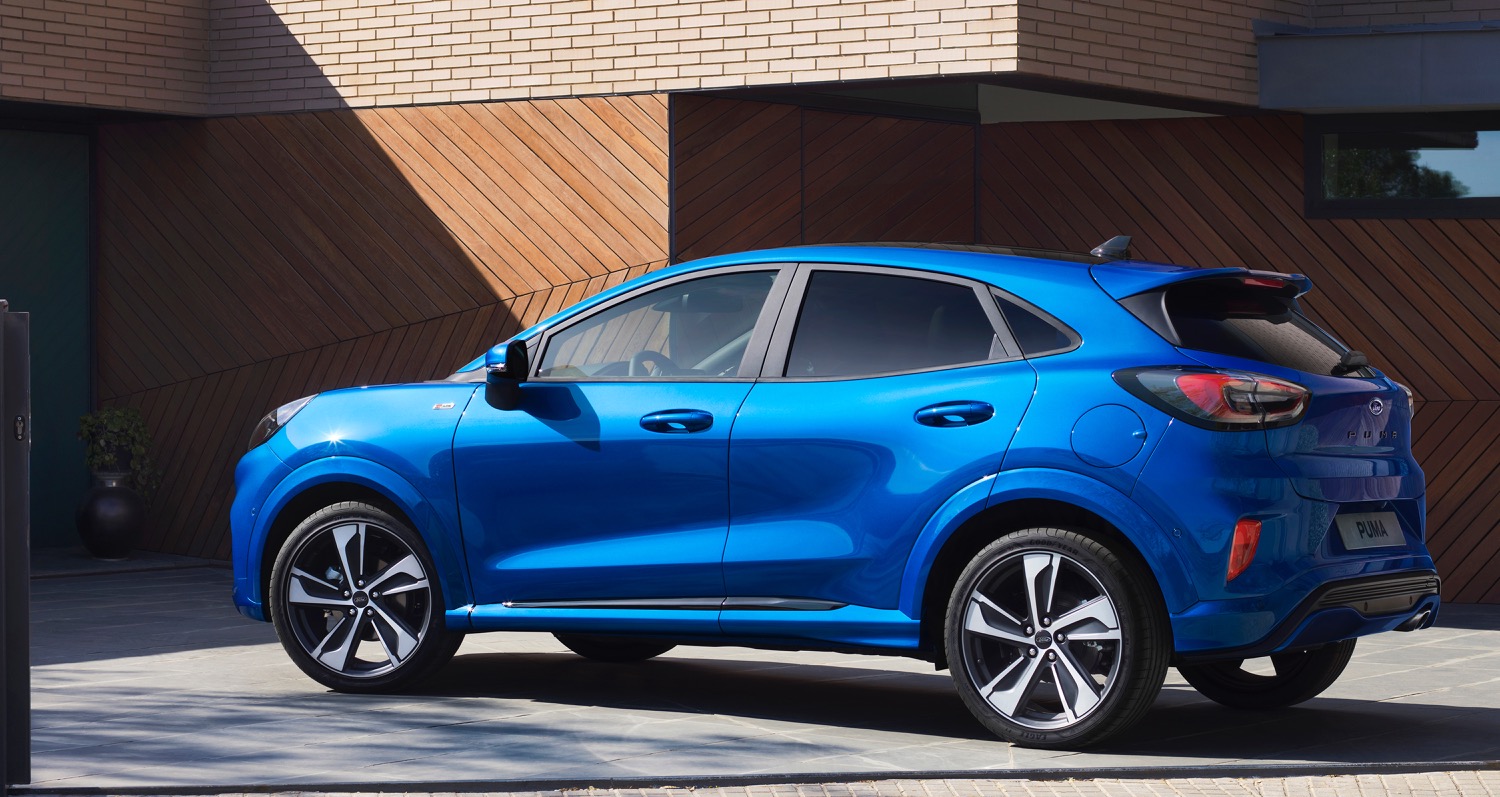 Unfortunately, it doesn’t seem as if the Puma will make its way to the U.S., in spite of the fact that Ford Authority spies spotted an ST model driving around the automaker’s Dearborn headquarters last year, while even CEO Jim Farley tweeted about his desire to bring the crossover stateside, even though it would slot neatly into Ford’s current North American lineup.

We’ll have more on the Puma EV soon, so be sure and subscribe to Ford Authority for more Ford Puma news and around-the-clock Ford news coverage.