Lincoln recently celebrated its 100th anniversary with Ford Motor Company, an event that unfortunately came with no new product information or updated timeframe as to when The Blue Oval’s luxury brand might start introducing fully electric models. As Ford Authority recently reported, a previous timetable indicated a near complete transition to EVs by 2030. Now, a new report from Reuters heavily suggests that the Lincoln lineup will pivot completely away from gasoline power sooner than expected.

According to the report, the current Lincoln lineup will each have their own electric variant by 2027, as the brand is currently planning on launching “at least” five electric utility vehicles by that time. Given the brand’s contemporary four vehicle roster, it’s safe to assume that Lincoln is set on diving into another crossover segment this decade, although exactly which one isn’t clear. That said, there is room for a subcompact crossover, a growing segment where Lincoln is completely absent. It is unclear if these new electric models will supplement or replace the Lincoln Corsair, Lincoln Nautilus, Lincoln Aviator, or Lincoln Navigator.

While no specifics about how the pre-existing Lincoln lineup will be impacted by the pivot, the first bonafide Lincoln EV is expected to be roughly the size of the Aviator and begin production at the Ford Oakville Assembly Plant in late 2024 or early 2025. As Ford Authority previously reported, that lines up with another report about the Ford Explorer and Lincoln Aviator EVs being delayed to late 2024. Additionally, the smaller Lincoln utility vehicles in development are expected to utilize the next generation Ford Mustang Mach-E platform. The recently launched Mach-E is about 185 inches in length, a figure that puts it roughly halfway between the Corsair and Nautilus. Speaking of the latter model, this latest report may indicate that Lincoln is flirting with keeping the name around, which would mean the nameplate received a stay of execution, as it and its sibling, the Ford Edge, might shuffle off into the sunset after the 2023 model year. 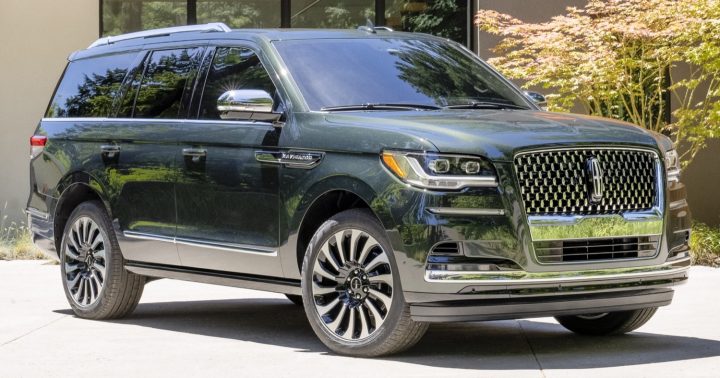 Additionally, a Navigator-adjacent large SUV is expected join the Lincoln lineup and go into production in 2026. That utility vehicle will apparently utilize the next generation Ford F-150 Lightning platform. As previously explained by Ford Authority, the 2022 Lincoln Navigator will likely set the stage for the next several model years, with a redesign expected in 2024 for the 2025 model, although a 12 month pushback isn’t farfetched if Lincoln wants the gasoline and electric models launch simultaneously.

This is a breaking news report that we will stay on top of, so subscribe to Ford Authority for the latest Lincoln news and continuous Ford news coverage.