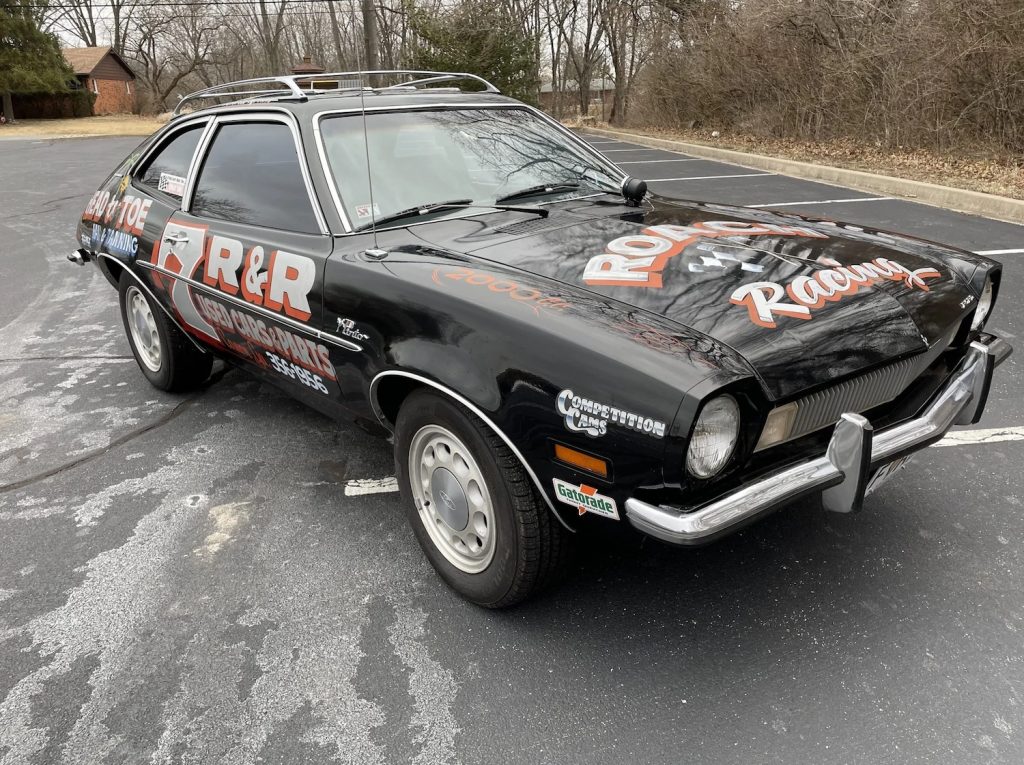 In the automotive world, the Ford Pinto has never gotten much love, for a variety of reasons. Born in a time when cars, in general, were suffering from smog rules and rising fuel prices, the Pinto was supposed to usher in a new era of economic transportation, but its legacy today is largely forgettable. Regardless, even those that aren’t fans of the cursed model can’t help but appreciate this cool 1971 Ford Pinto Runabout up for auction at Bring a Trailer, as it’s been transformed into a tribute to Mini Stock racer Wendell “Harold” Roach’s race cars from decades ago. 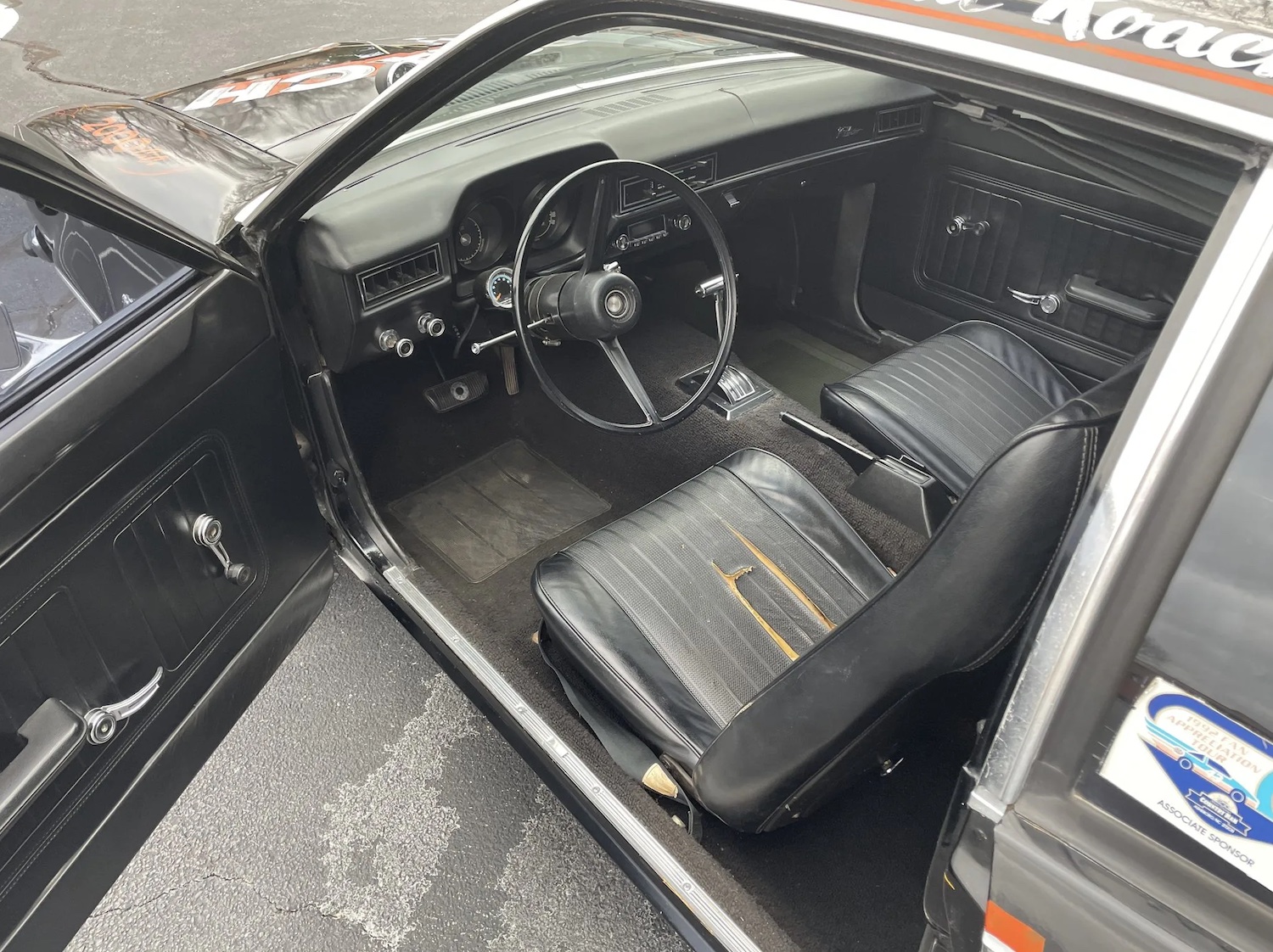 Originally finished in gold, this 1971 Ford Pinto now wears black paint and graphics that replicate Roach’s vintage racers, along with a number of other notable features such as a cowl-mounted oil pressure gauge, a chrome roof rack, chrome bumpers with overriders, and 10-hole wheels from a Foxbody Ford Mustang, which are wrapped with a set of 215/60 Douglas all-season tires. A pair of front discs and rear drum brakes handle the act of slowing the whole thing down. 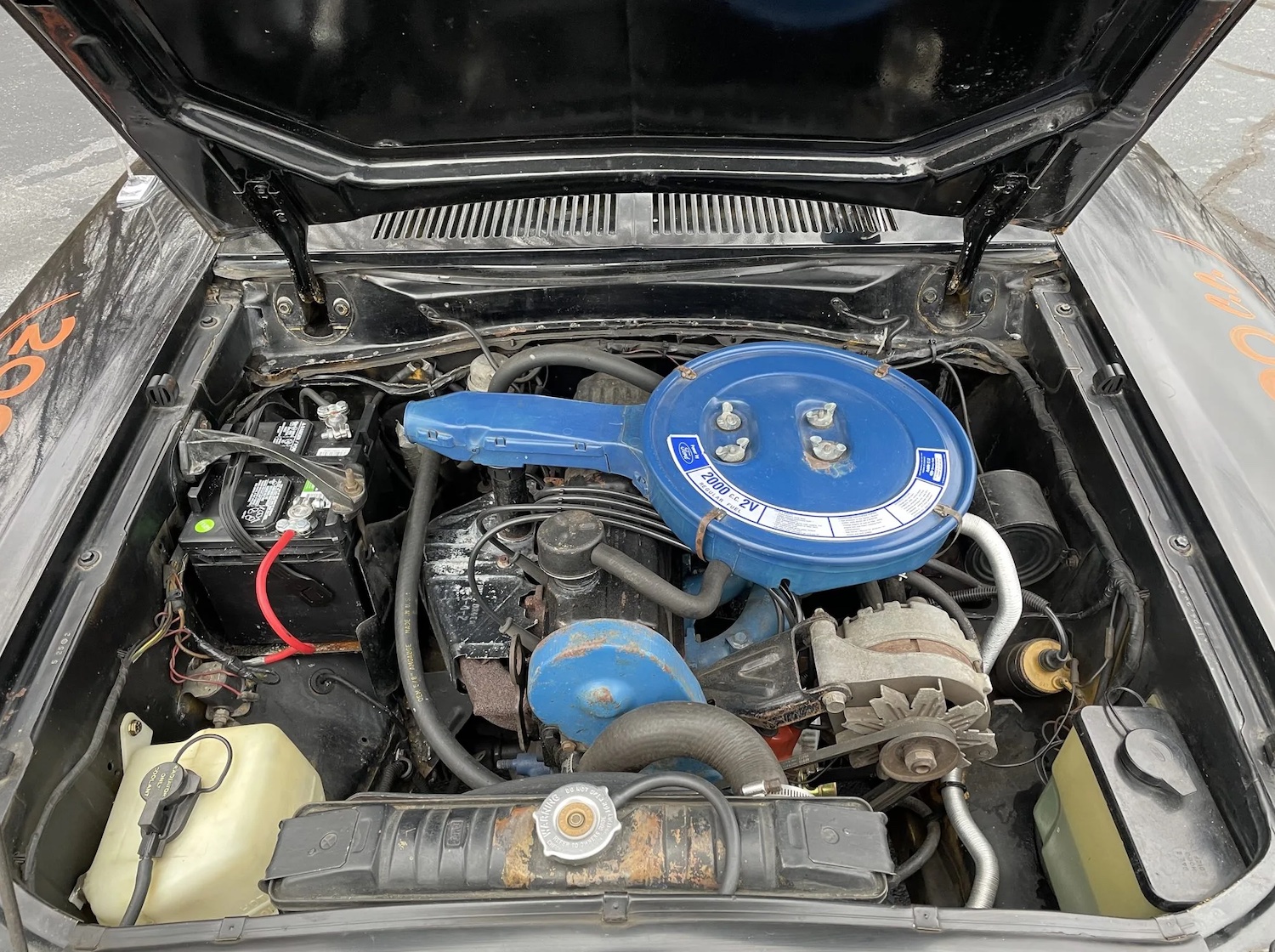 The interior of this Pinto is a little worn, with a crack in the dashboard and some rips in the black vinyl seats, but that’s just part of the car’s overall patina. The previous owner added a few amenities including a RetroSound stereo with Bluetooth, green LED lighting, and Ford-logo floor mats. The car was originally equipped with air conditioning but the compressor is missing, while the heater doesn’t work too well, either, but who needs those kinds of things in a race car? 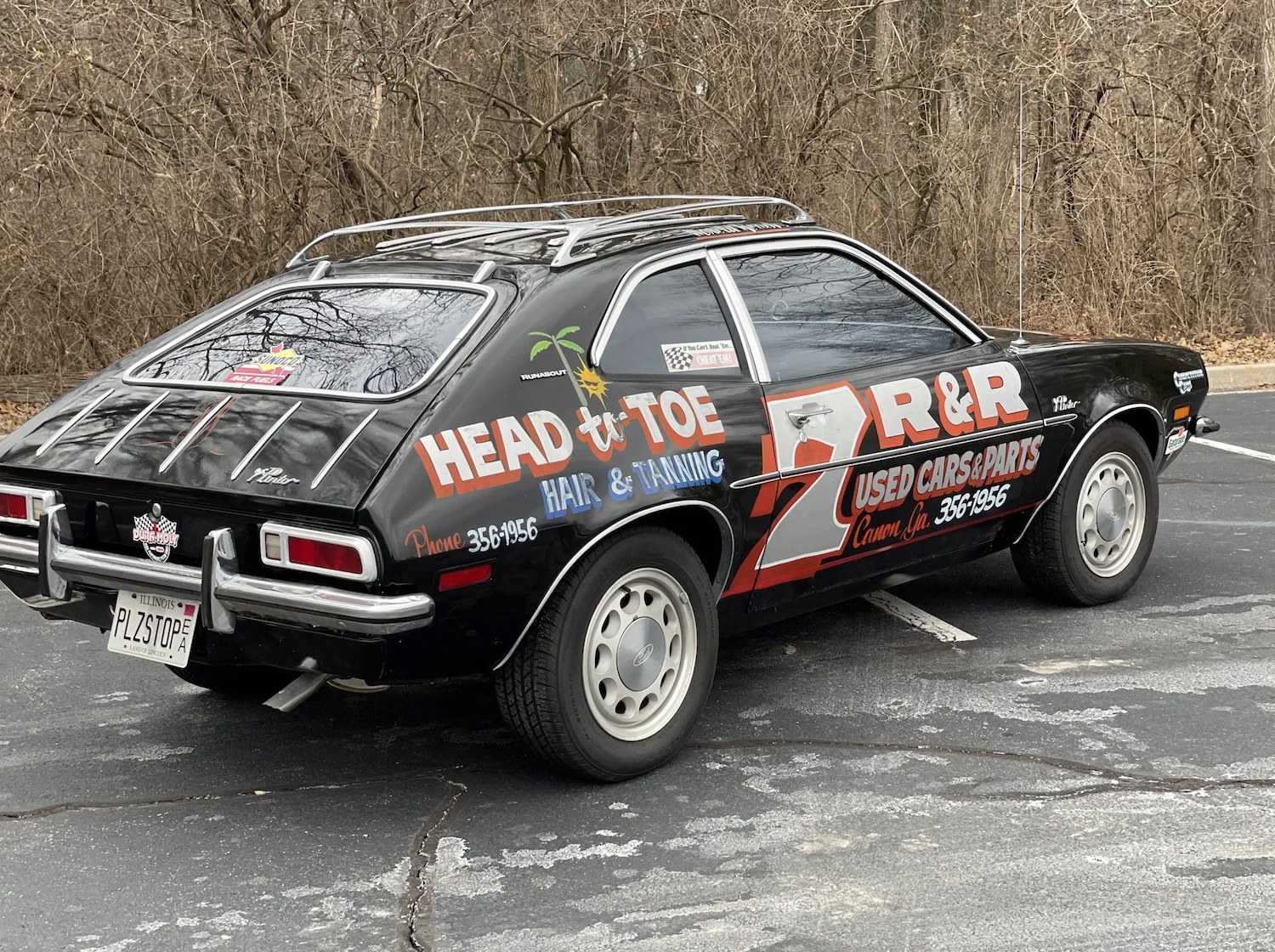 The well-worn artifact is powered by Ford’s 122 cubic-inch single overhead cam inline four-cylinder engine that produces a whopping 100 horsepower and 120 pound-feet of torque, which flows to the rear wheels via a three-speed SelectShift Cruise-O-Matic automatic transmission. It may not be pristine or even a model that most folks would want to own in any guise, but this old tribute is about as cool as a Pinto gets, at least.

We’ll have more cool auction finds like this to share soon, so be sure and subscribe to Ford Authority for more Ford Pinto news and around-the-clock Ford news coverage.

Check Out This Flying Ford Pinto